starsNbars is FINISHED
HERE IS THE FINISHED THREAD GALLERY OF PICS - http://www.ratrodbikes.com/forum/in...d-white-and-rust-video-flag-fort-beach.85683/

█★█ starsNbars █★█ - RED WHITE and RUST
1938 Hawthorne Twin Bar (5 Bar)
Here is the story and details of my build intermingled with my final photos. PIC HEAVY
Finding these cool backdrops wasn't any sort of hassle either. This bike was built as a rider, so I rode it around the Historic District, then I put it in the car and ventured elsewhere in Savannah. I rode all over Fort Pulaski and Tybee Island. I am a lucky man and proud of the backyard that I have to play in.

My build this year was a 1938 Monark Built Hawthorne Twin Bar (5 Bar) frame that I got from @prewarguy . This is a very unique frame with twin top and twin down tubes. The 5 bars of the frame are what inspired the "BARS" part of the build name. Here is a link to the build thread.
BUILD THREAD - http://www.ratrodbikes.com/forum/in...ar-5-bar-☠-red-white-and-rust-finished.83243/

Here is a short flag waving video for ya to salute!!!

I like the way the headlight turned out. It's a tractor light that I cut the back of the sealed beam on and LEDized it. I also painted the star shape with the hammered black and used opaque red plastic and white mylar to give the starsNbars look to the head light.

The tail light is a jeweled tag shroud that I got from @ozzmonaut . I LEDized it and added a concho star inside.

Then I mimicked this starsNbars pattern with paint on the Girvin forks.

I rode out to Fort Pulaski for the first time in about 20 years or so and was just in time for the cannon firing.

One of the customizations that I did was to convert the Girvin springer fork into a JC Girvins Beehive Springer. This was done by adding some faux rockers with the beehive springer from a JC Higgins and then using the nose from a nanner seat pan as the beehive bracket.

I also went to Tybee Island for some beach shots.

One very cool doodad that I fabricated was the Brake Actuated Water Can Spout Gangway Horn.

I loved the crackled and beat up patina of the red house paint that the frame had been painted with ages ago. It fit right in with the Red White and Rust theme that I planned once I decided on the crème 3.45" BOA-G fat tires. Here is a great shot that shows how the twin down tubes of the frame wrap under the BB.

During the build off, I purchased a couple of cool parts from one of @gaskill 's builds. I loved the way the lettering looked and discovered it was done with masking tape that had been shellacked over. So I decided the do my stripes with masking tape. The only stripes I wanted were inside the two sets of twin tubes to give them distinction and definition and make them more noticeable. Once I was done with the striping and decals, I coated the entire frame with boiled linseed oil.

Here are some shots of me with starsNbars
Patriotic Flag Wall

Iver Johnson chainguard from @bikesnbuses . The old red paint on this matched the frame perfectly. Dogleg crank from @Wildcat . Red pedals from @dogdart . AMF jeweled star chainring from @509clunk . I made some white jewels to replace the green ones.

60s ladies tank which fit perfectly upside down in the frame

The name of my build is gonna be starsNbars. My starting point is gonna be this 1938 Hawthorne Twin Bar (5 bar) frame that I got from @prewarguy . That is where the "bars" come in.
The vision in my head right now is keeping it ratty and probably even leaving the aged and crackled red house paint on it.

Here is an old ad for this bike

I love the patina and graphics of this bicentennial thermos and plan to incorporate the Stars and Bars shield of it into my build somewhere. This along with some other features are where the "stars" come in.

I also have some star crossed plans around building my own girder fork using a Girvin fork mechanism. 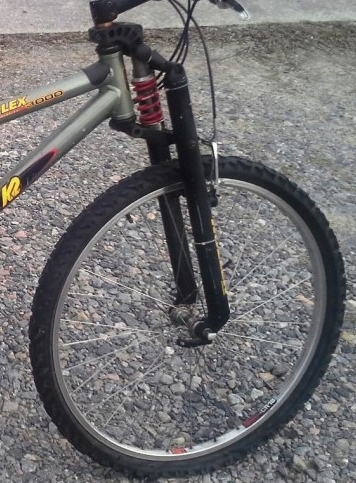 As I was researching different girder forks I came across this amazing bike. This is the inspiration for the sammich style fork that I plan to make. 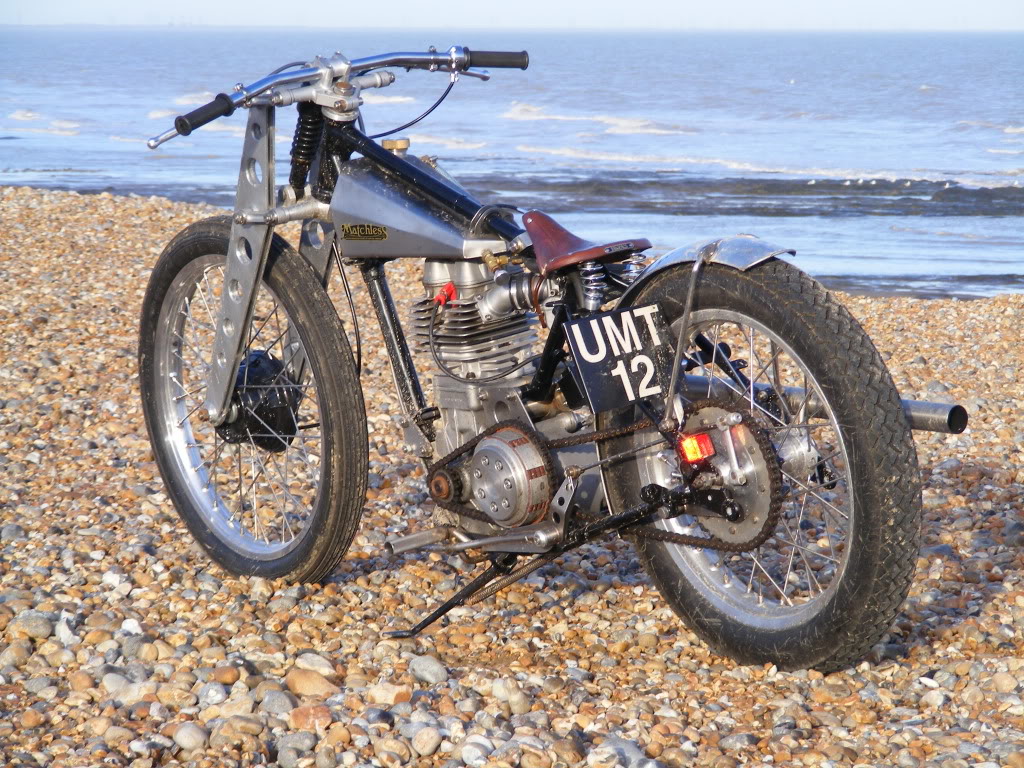 I will for sure! and am sure this will rock!! sweet frame!!
49 min until midnight my time
Troy
"the bicycle is a curious vehicle, the passenger is the engine"- John Howard

expjawa said:
We're pretty much halfway through the first day - I'd have expected to see multiple mock ups and design studies by now, King...
Click to expand...

I know what you mean, I'm in the same boat sort of. I've got to get my shop cleaned up before I can do much, so it'll be several days before I can even start mine. That's a really cool frame, though. I particularly like the double down tube that wraps under the bottom bracket shell. I can't wait to see what you do, but I hope that feature isn't hidden.
Rick the Jawa Click here for 3-Star Delusion full build thread!. Final photos on page 10!

MazdaFlyer said:
Unique looking frame, I like the double top tubes. I have a couple of modern bikes built in a similar way.
Click to expand...

expjawa said:
That's a really cool frame, though. I particularly like the double down tube that wraps under the bottom bracket shell. I can't wait to see what you do, but I hope that feature isn't hidden.
Click to expand...

Great frame. And I also like the stars and bars.
A bike is freedom. Your direction, destination, time, speed, but it's not a freebie, you have to pedal for it.

fordsnake said:
I know you'll give this frame your magic touch, love it! Also this was the winning frame in RRBBO 6
Click to expand...