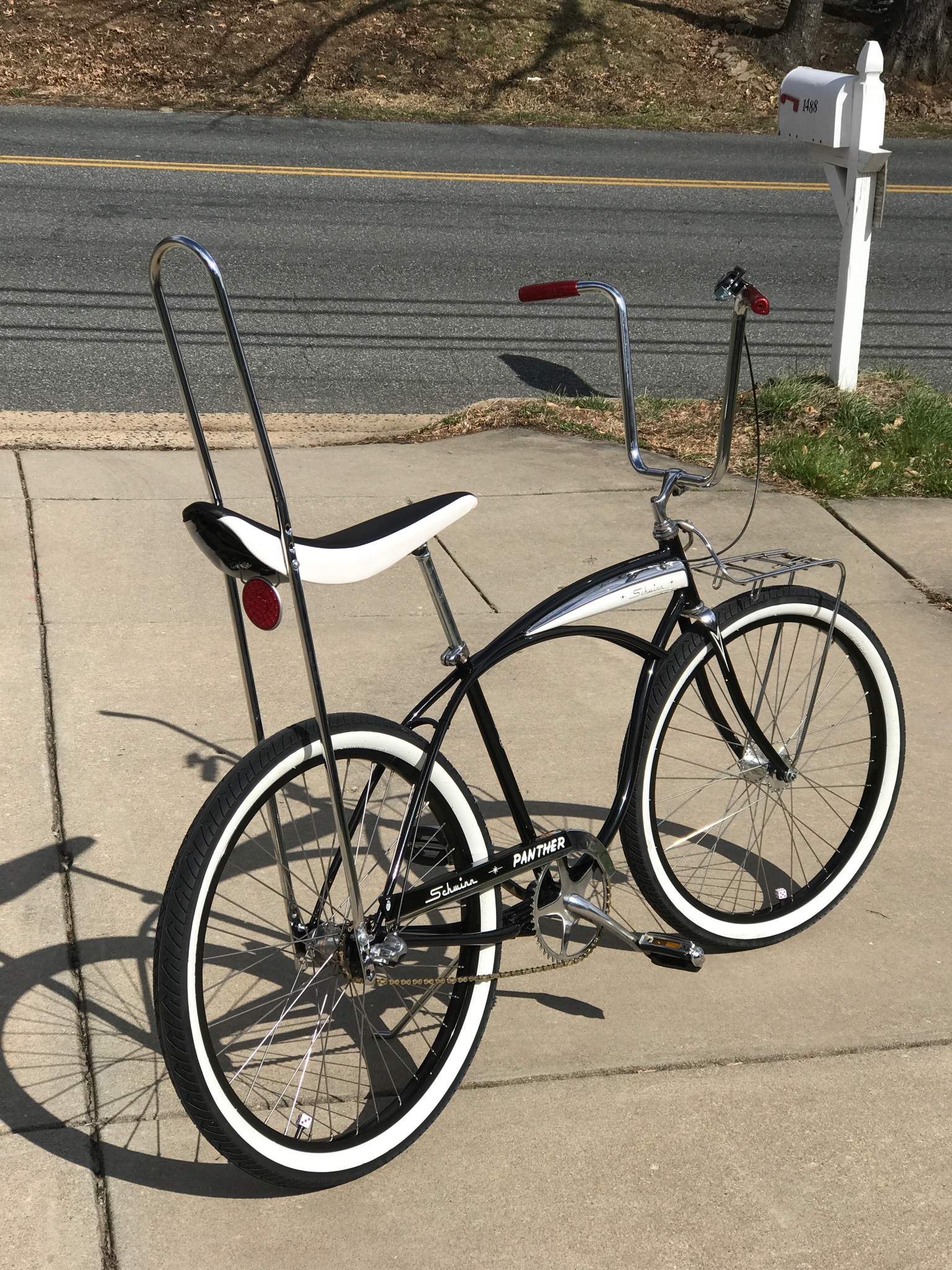 We were spending a few weeks at the beach, and I needed a bike to get around, and not be afraid to leave outside. I took an old frame and some of the parts from my wifes' bike. It was about a 5 minute build, I did this the night before we left. The perfect bike for the beach. Sweet and simple....Probably my all time favorite bike (24" wheel in front).

This bike later became the bike Rats Alt. Steve's pick for the cover of the 2012 RRB calendar.

Rating - 0%
0   0   0
Mine Lowrider built Dyno Roadster replica had banana for a long time, i'm a tall guy
The only flaw that made me change it to regular saddle and extended seat-post was the absence of suspension, that was absolutely alright in the city, but after any cruise 70+km long it delivered some pain for sure Once i've done 400km in 4 days, 160km first day, i've felt like i'd have couple new holes in my .... Just finished recently, chainguard has been added just no pictures. 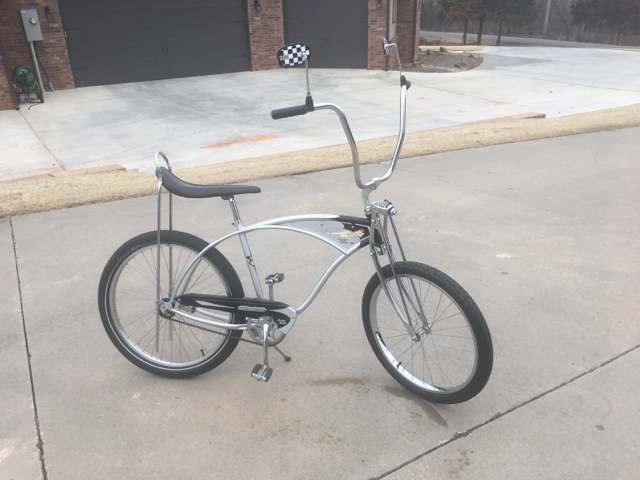 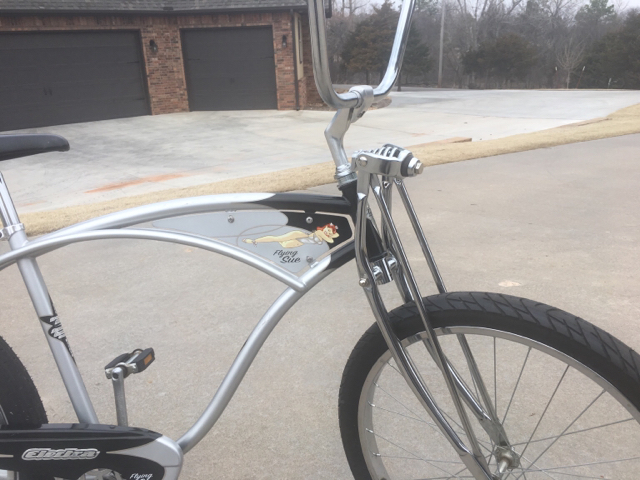 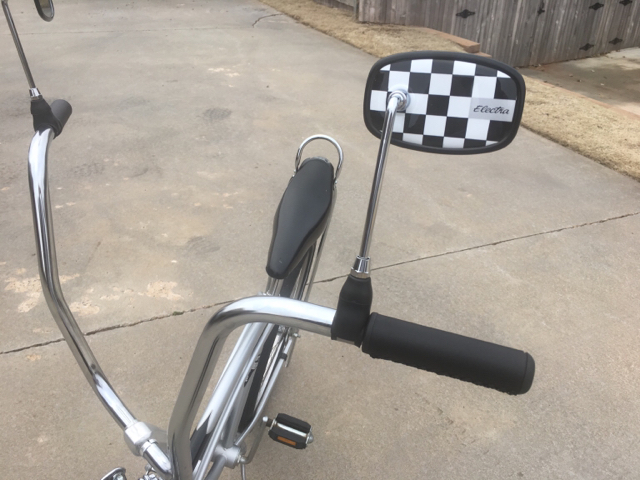 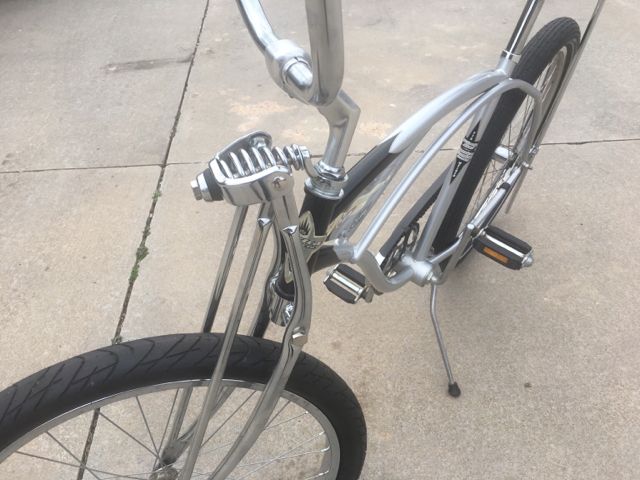 "To defy the laws of tradition is a crusade only of the brave." 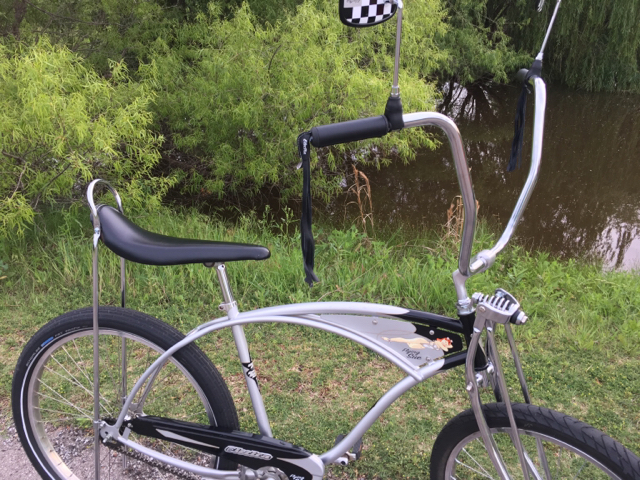 Rating - 100%
21   0   0
I bought this Firestone Speed Cruiser from an RRB member (CeeBee) with the intention of doing pretty much nothing to it. I haven't changed a thing since...however, I have a box for the parts I've been accumulating for it . Leave as is? I don't know why I believe me when I tell myself such blatant lies

Switched it up a little !! Rat Rodding, is, if anything, the passionate act of creating something functional from an ostensible pile of rubble. 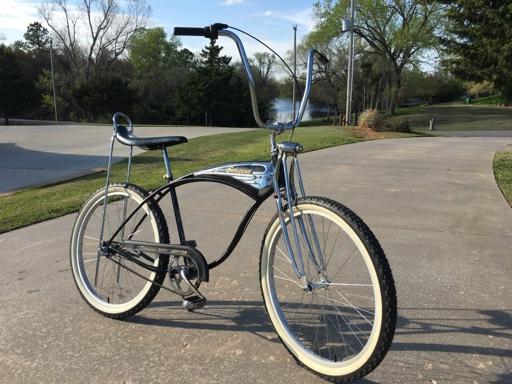 Serving time " Behind Bars"
(of a bicycle that is)
T Find a more efficient machine and I might, stop liking bicycles!