A swissguy living in germany

Rating - 0%
0   0   0
Hi there,
I'm a swiss guy, living in Berlin, Germany, married to a beautiful wife and father of two boys (born 2012 and 2013). I'm trained and currently also working as a primary teacher in a private school, but in the past years I did a lot of different jobs, mainly in theatre as a propsmaster. I'm into bikes since my childhood days, always owning at least one at a time, most of the times more... I even made my military service in the swiss army as a member of the cyclist troups (funfact: the guy at min 1:35 in the linked video became my commander about three years after this report was first broadcasted)!
My first real build was a touring bike I put together in 1994 and still own and ride until today. After that, for a long time nothing happend until 2013, when I built a vintage style trailer for my first kid. After that I restored (and pimped) a matching bike from the 50ties and after that I built a new daily out of the frame parts of a chinese cargo bike... From there on it got worse (at least according to my wife

I documented most of my first builds on tretharley.de (kind of the german cousin/brother of this site, with a strong focus on custom cruiser bikes) and sometimes on instructables. I go there by "uersel".
As I participated in BO 11 I shifted from documenting on tretharley more and more over here. So I think, this post (and thread) is a good spot to link together my different builds... 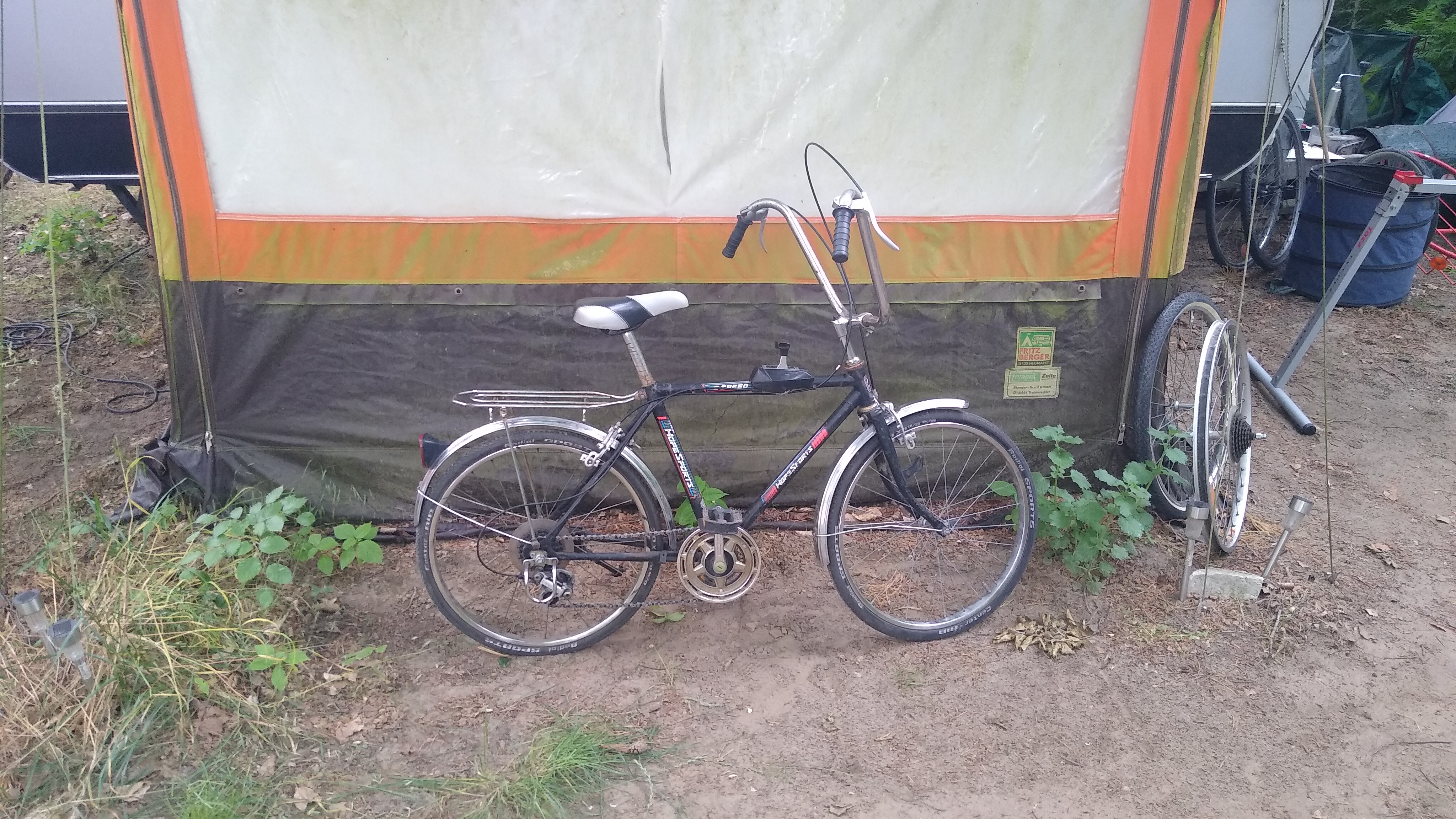 Skinny'matic (no build thread yet, watch out for it in a future BO) 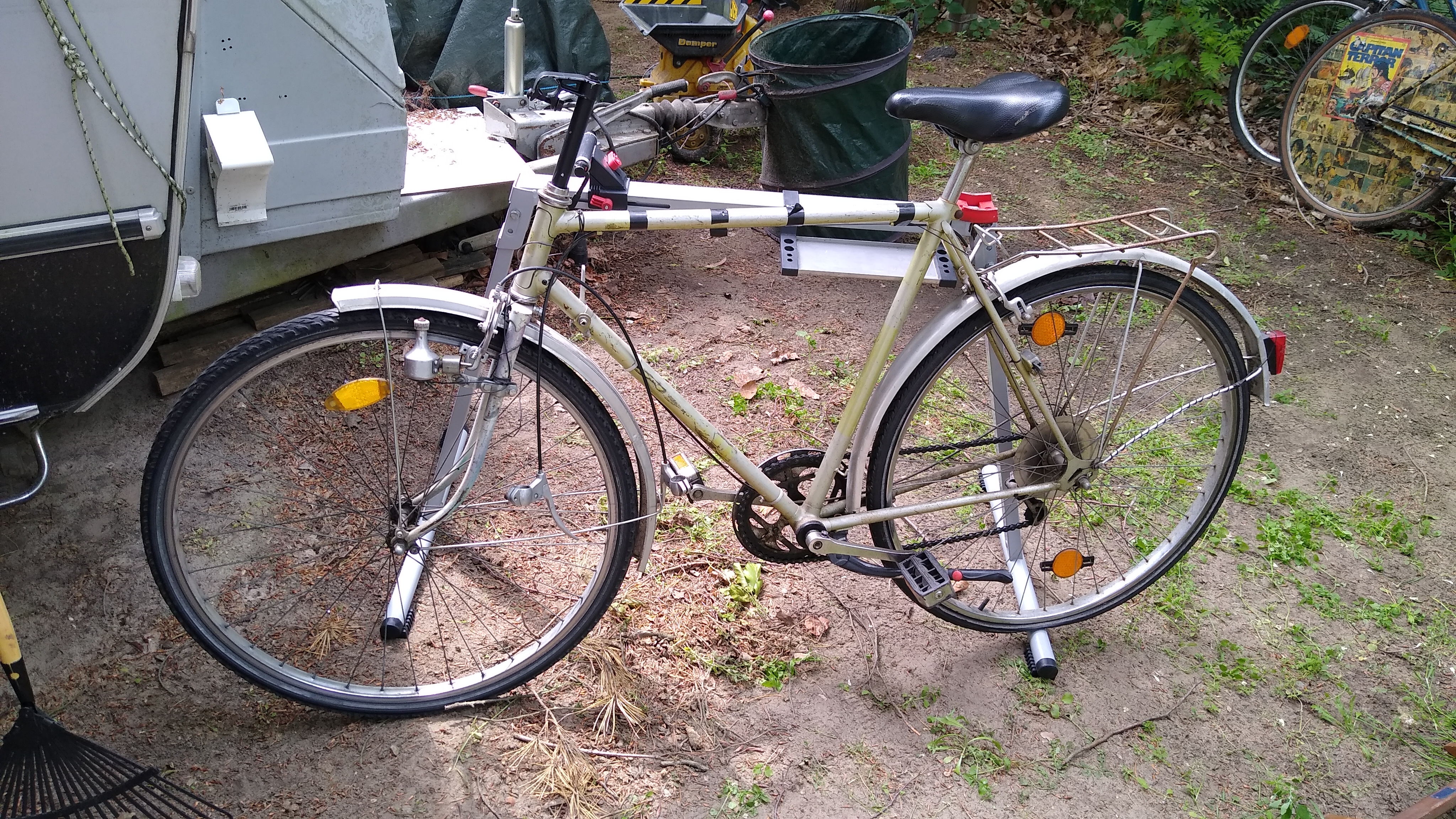 Make shure to also check out the non-bike-stuff at the bottom of this post...

And here comes my fleet:

Campground BuggyTrike (BO16, 2021, finished 7th and proud winner of the OddJob Award) This build is also a documented winner over at instructables (of course with a backlink to this forum) 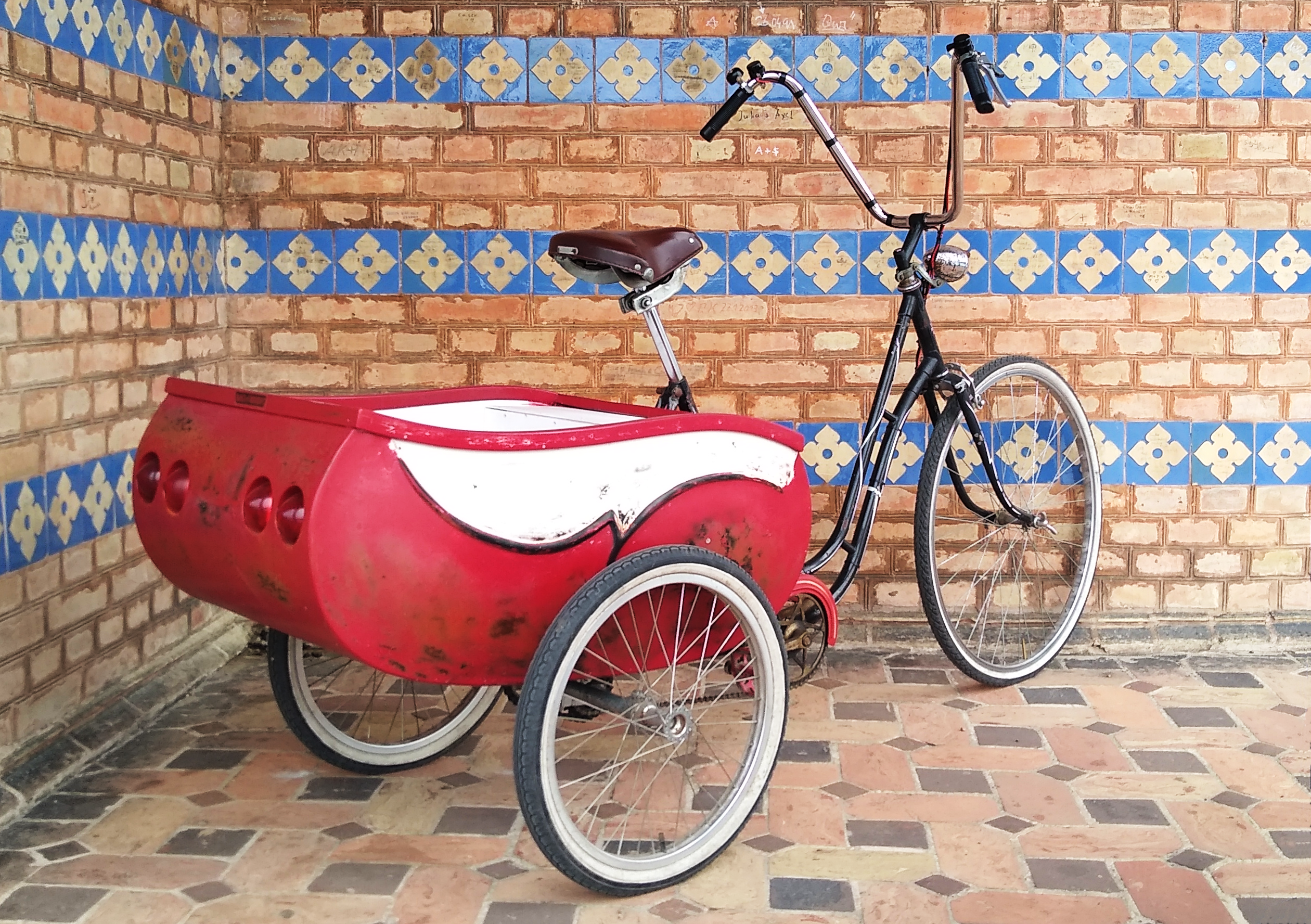 My 50ties NSU with trailer (Also documented on instructables.com), the bike that (re)started all of this: 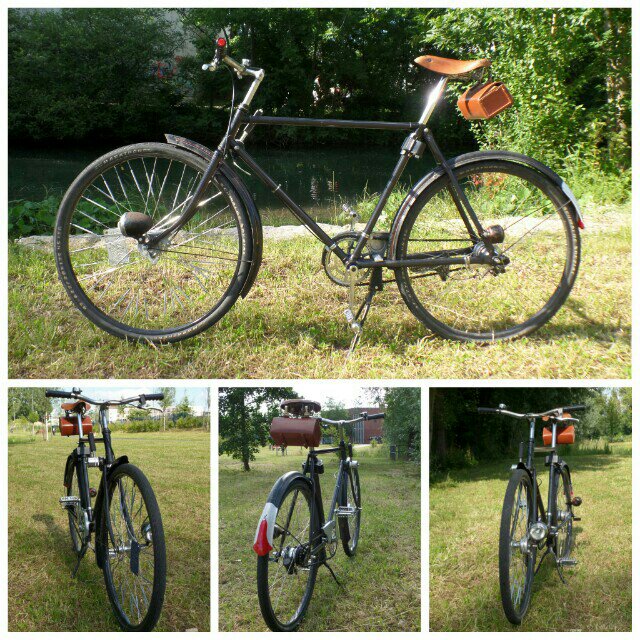 My swiss army bike (I did my military service on this one!):
(I really need to take a better picture of it) 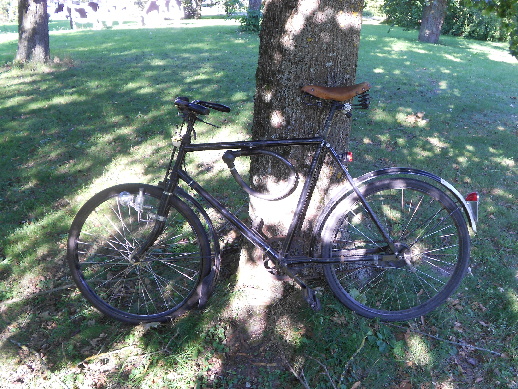 In 2015 I built this nice and practical ride: Capitan Terror (documented in german) 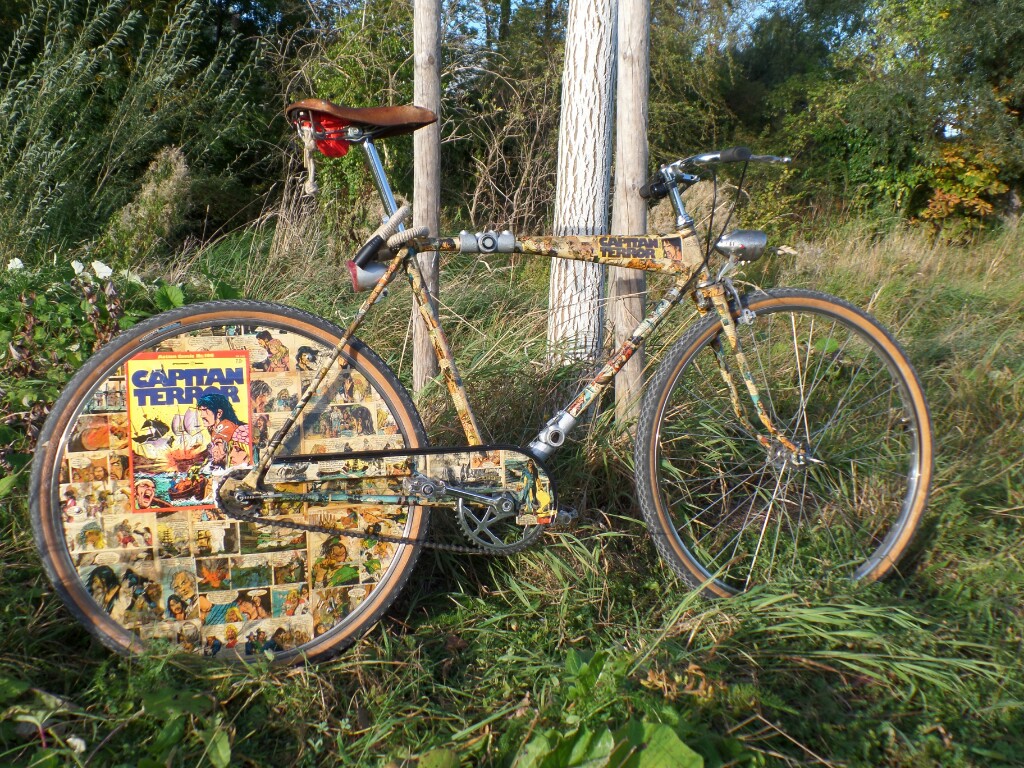 My very first self built bike (1994): Herkelman Trekking Rad, still in use (minus the trailer) 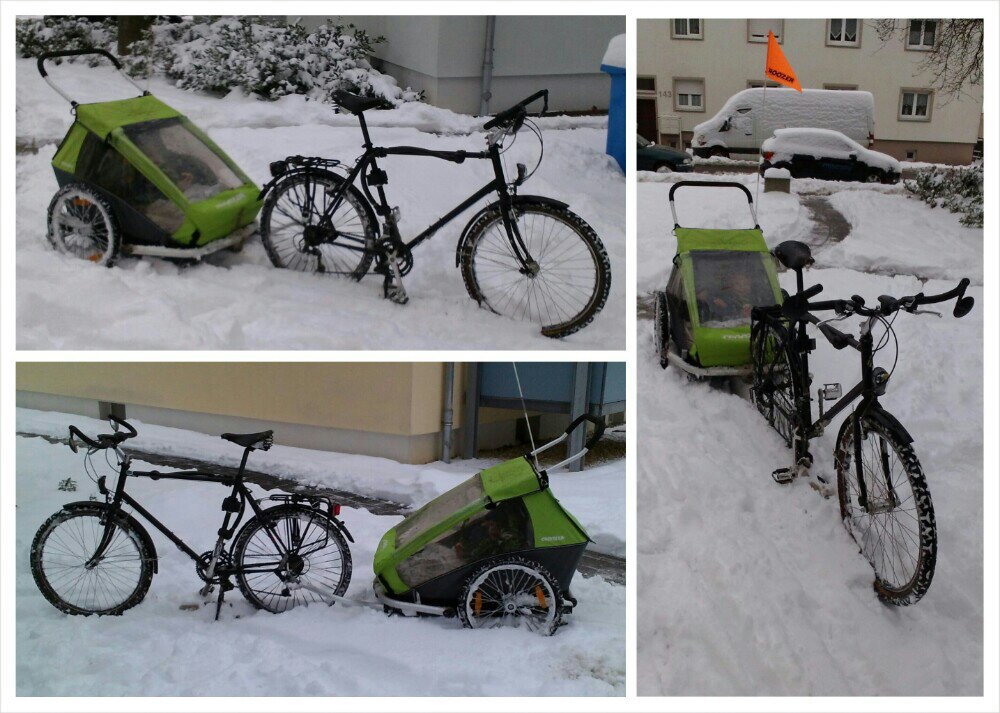 Göricke ladies bike from the early 50ties. It's almost completly original and was a real bargain. Unfortunatly it doesn't get a lot of ride time, as my wife thinks it's to heavy for her (I would disagree on that, but as long as it stays in the basement, at least it doesn't get stolen) 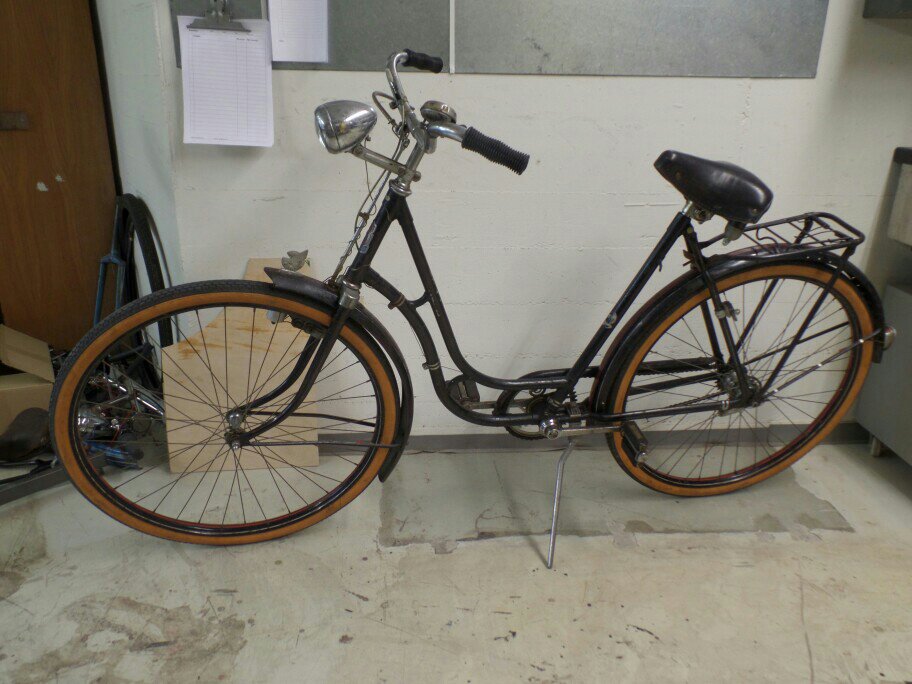 Neckermann folder (26") from the late 60ties/early 70ties, got a better rim laced in and is currently ridden by my wife when we stay on the campground. 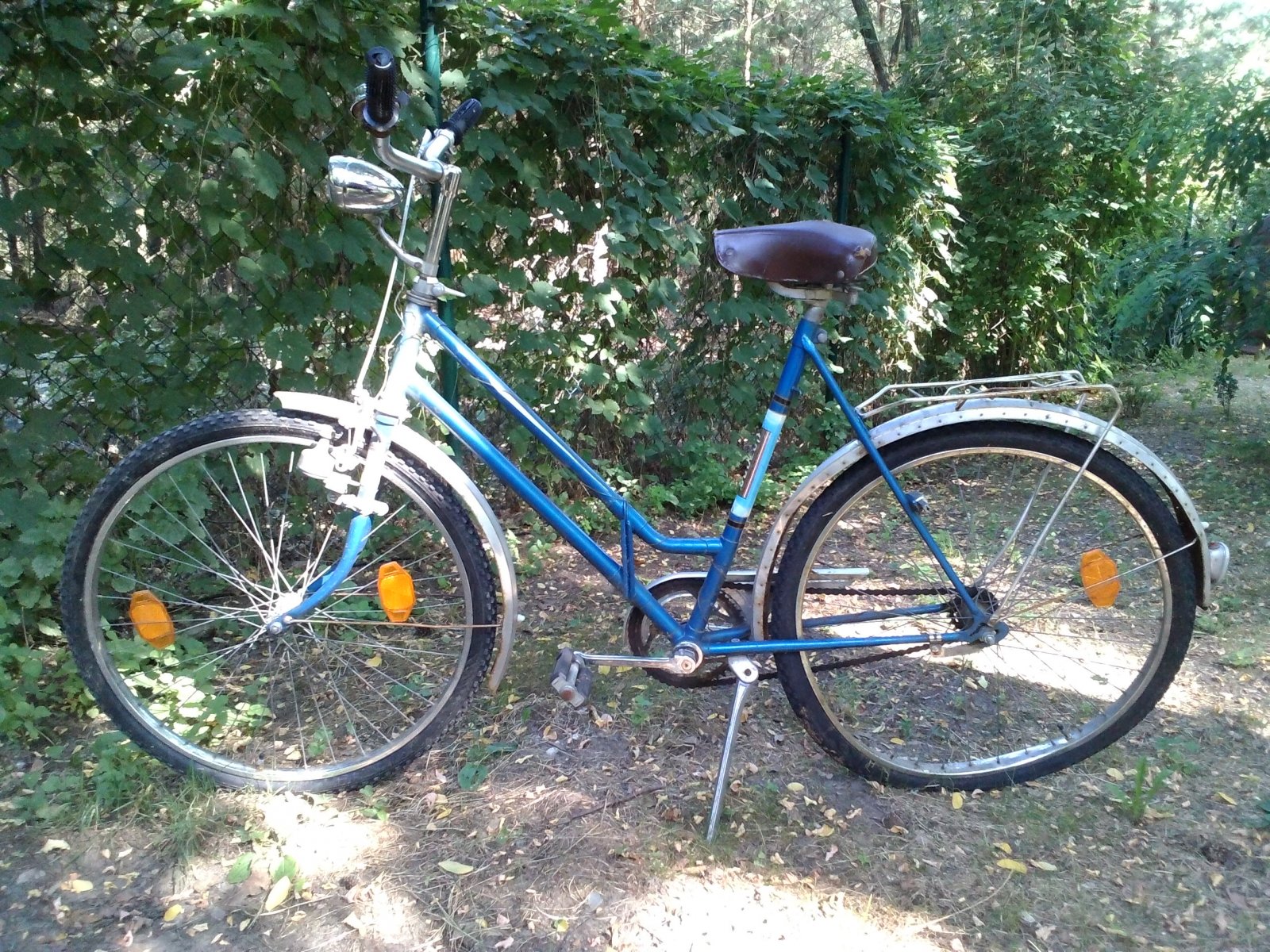 The other campground folder, a Lamberti (with my trustworthy swissmade Vitelli touring trailer): 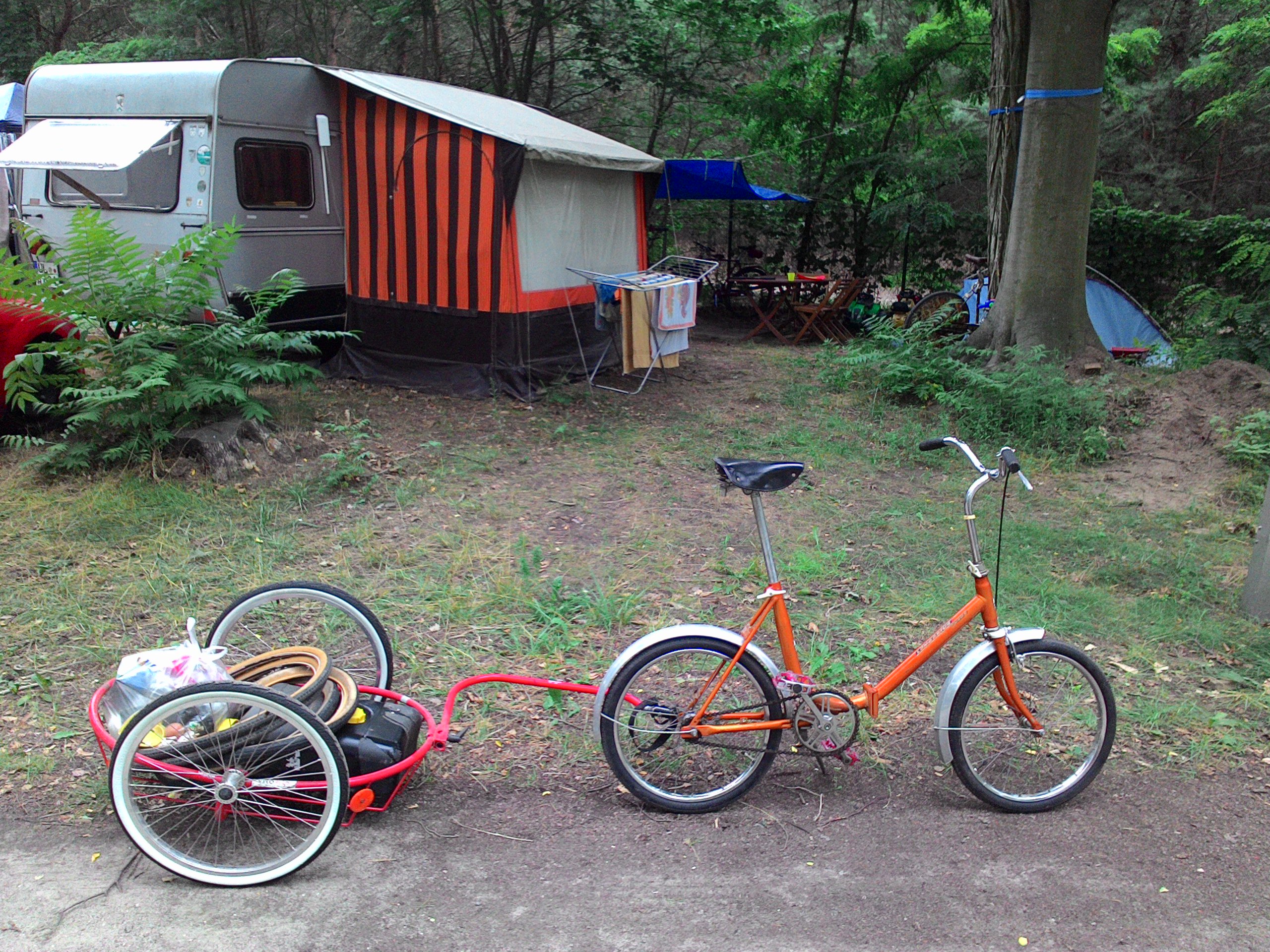 Bianchi Bersaglieri (1939 italian military bike, folding bike with full suspension and solid rubber tires) traveled to Indonesia together with the military attache to be displayed in his militaria collection. 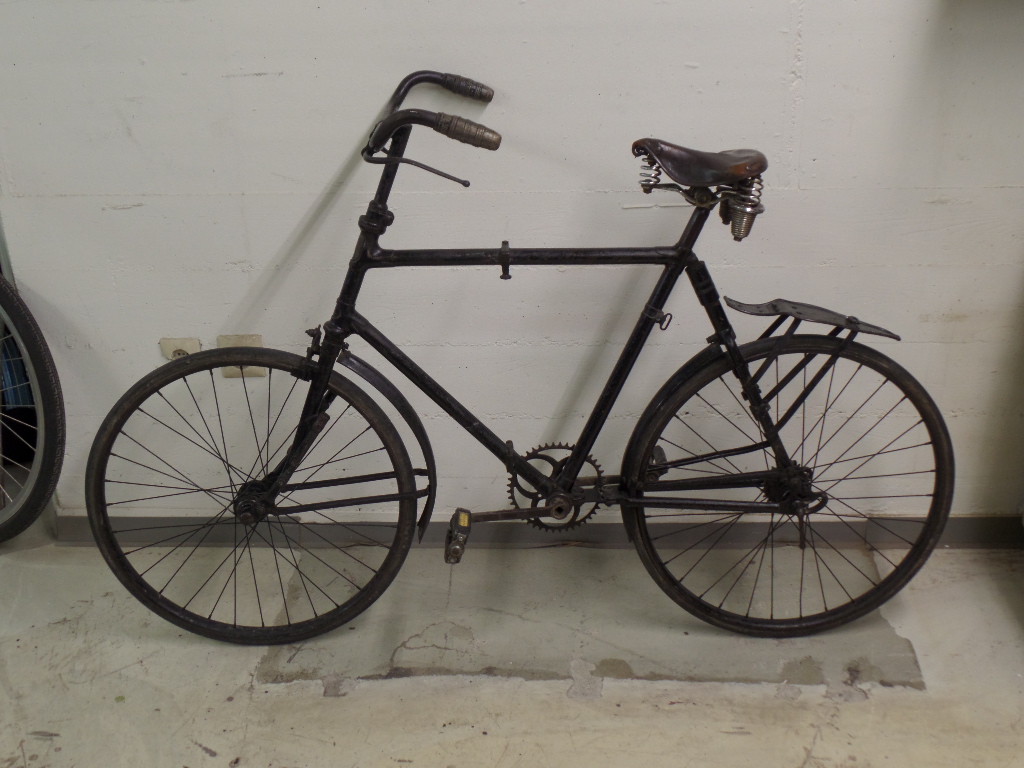 Unknown 50ties tandem (will be rebuilt by someone else...) 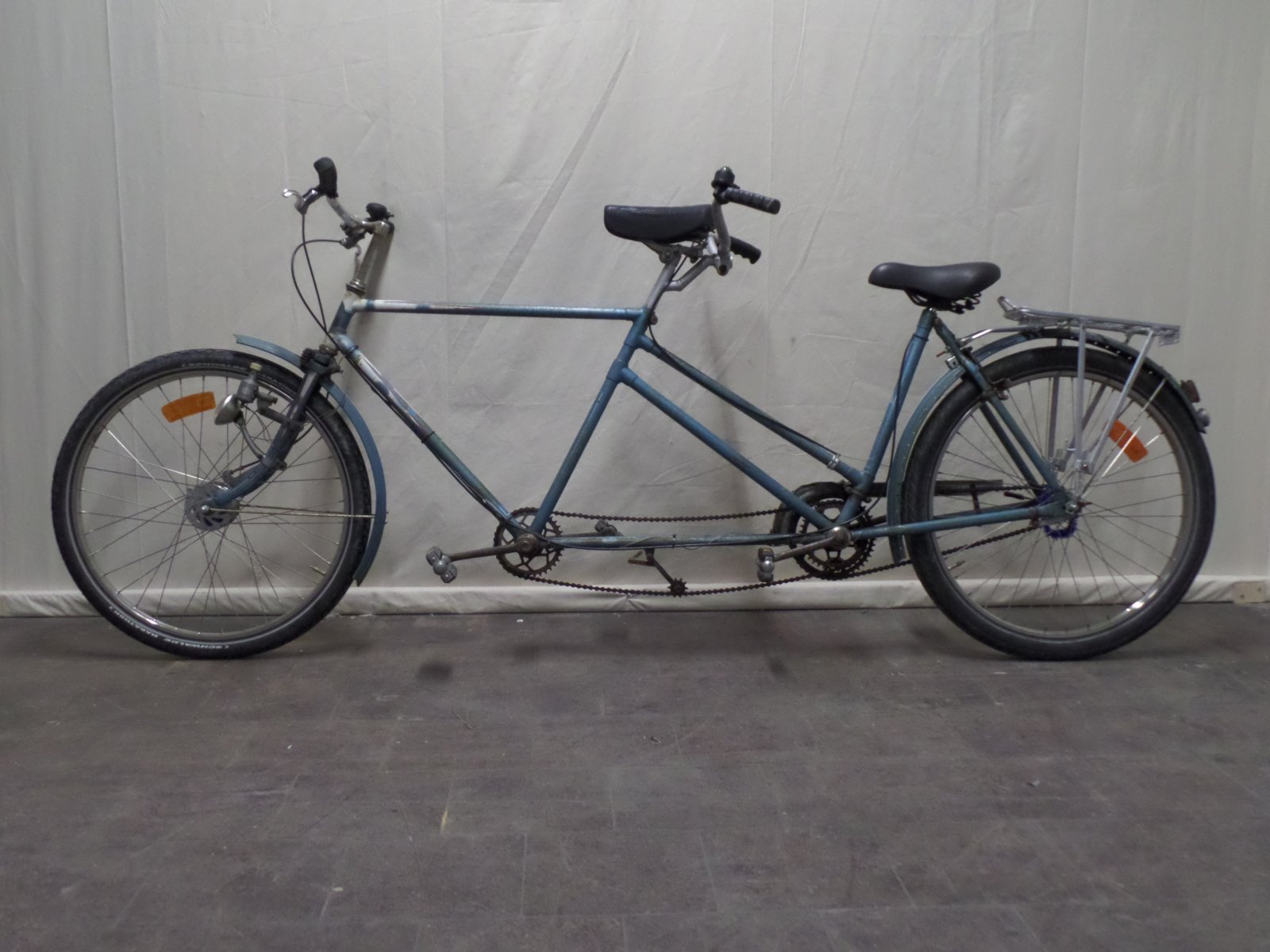 Falter Cargo bike (frame was far beyond saving, so it was sold in parts) 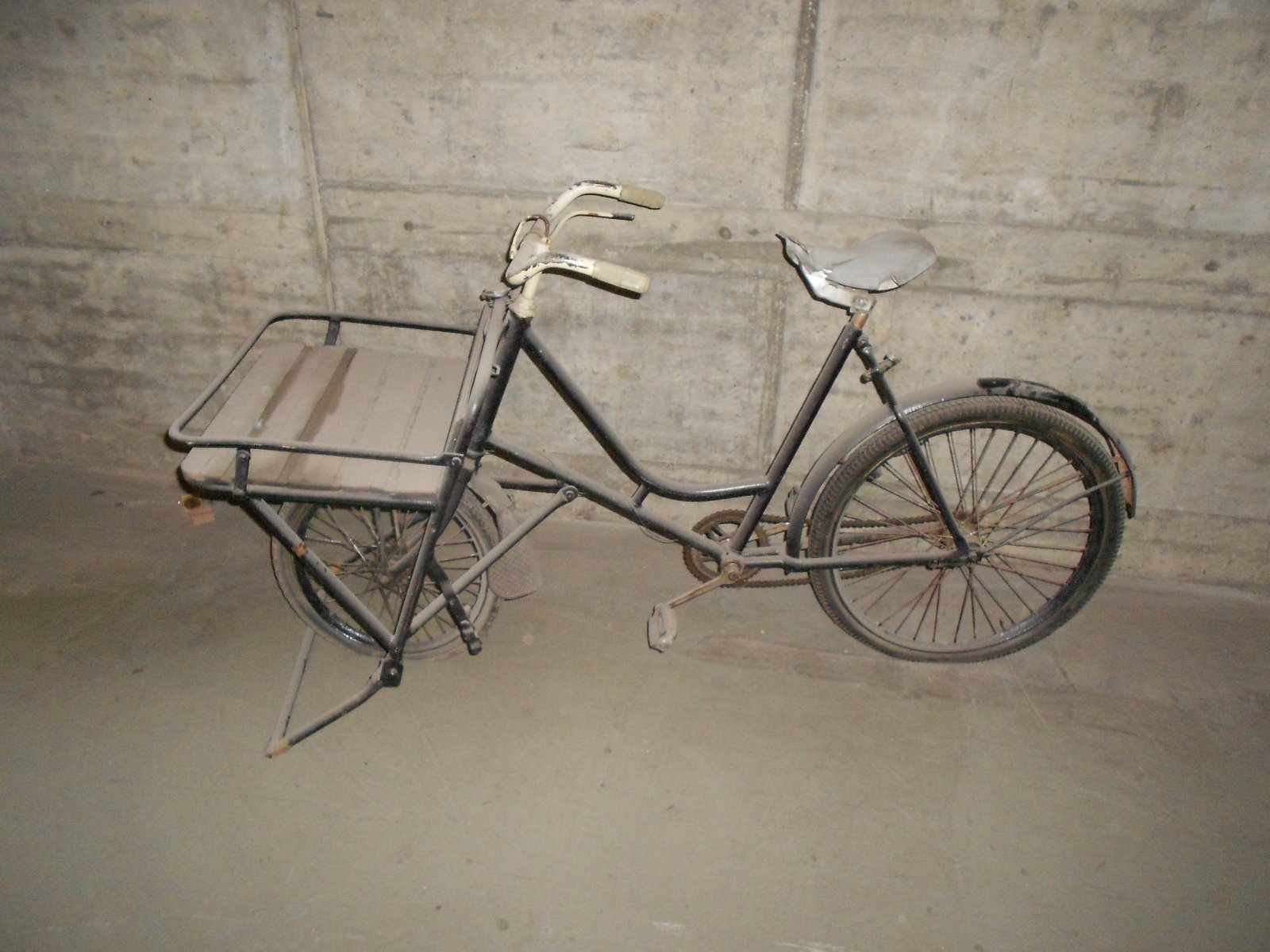 NSU Ladies bike from the 50ties, got it for cheap on a flea market and back home I realized that the frame was broken, so it was sold in parts... 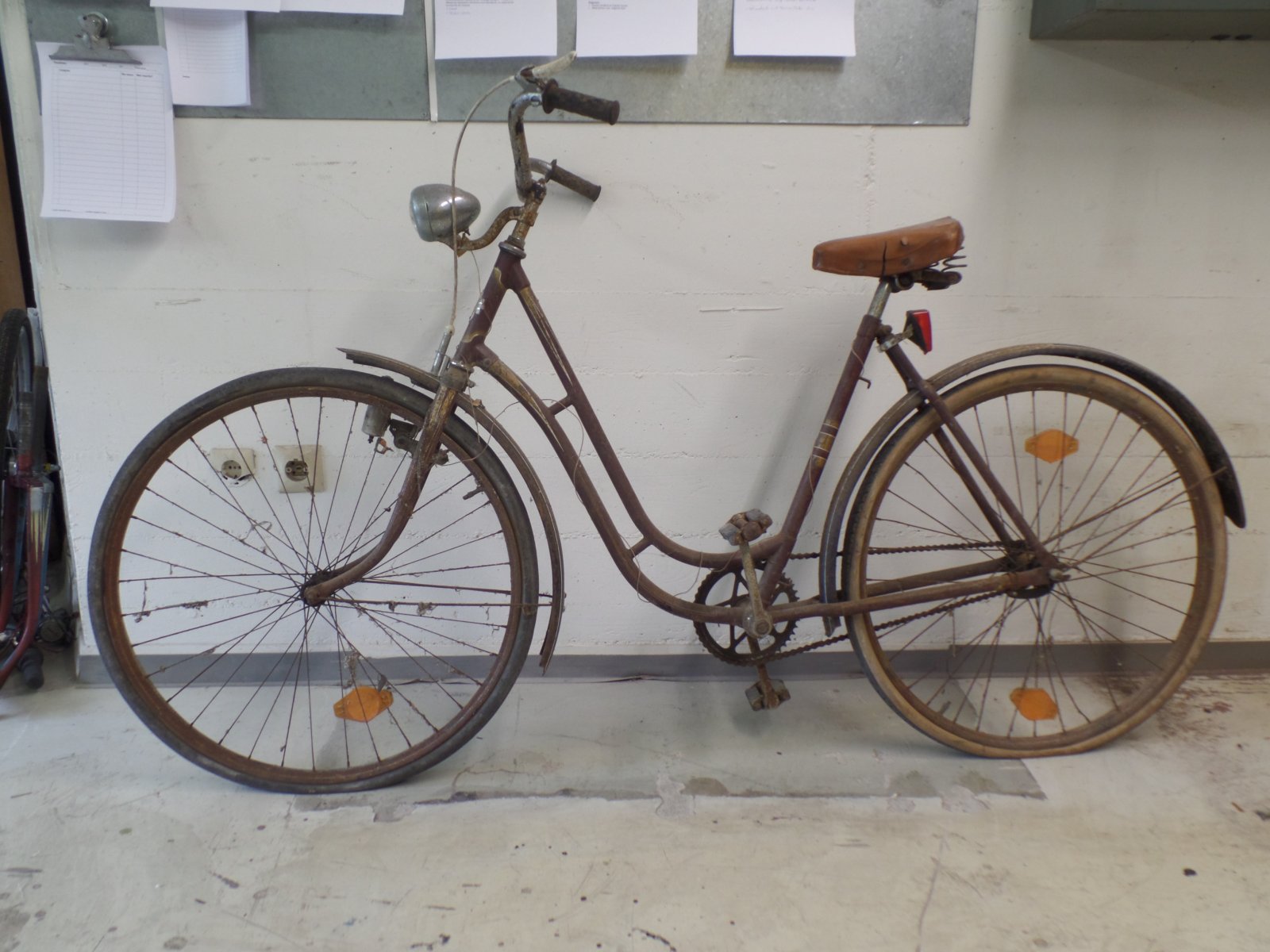 Other stuff I build (and document here):
In summer 2020 I didn't feel like building a bike. Covid lockdowns and teaching primary kids from home (and teaching my own kids at home the same time) kept my mind to busy to get really creativ and had me really exhausted. But a one point the builders virus kicked in anyway and I built this rowing machine: The RatRodRower: 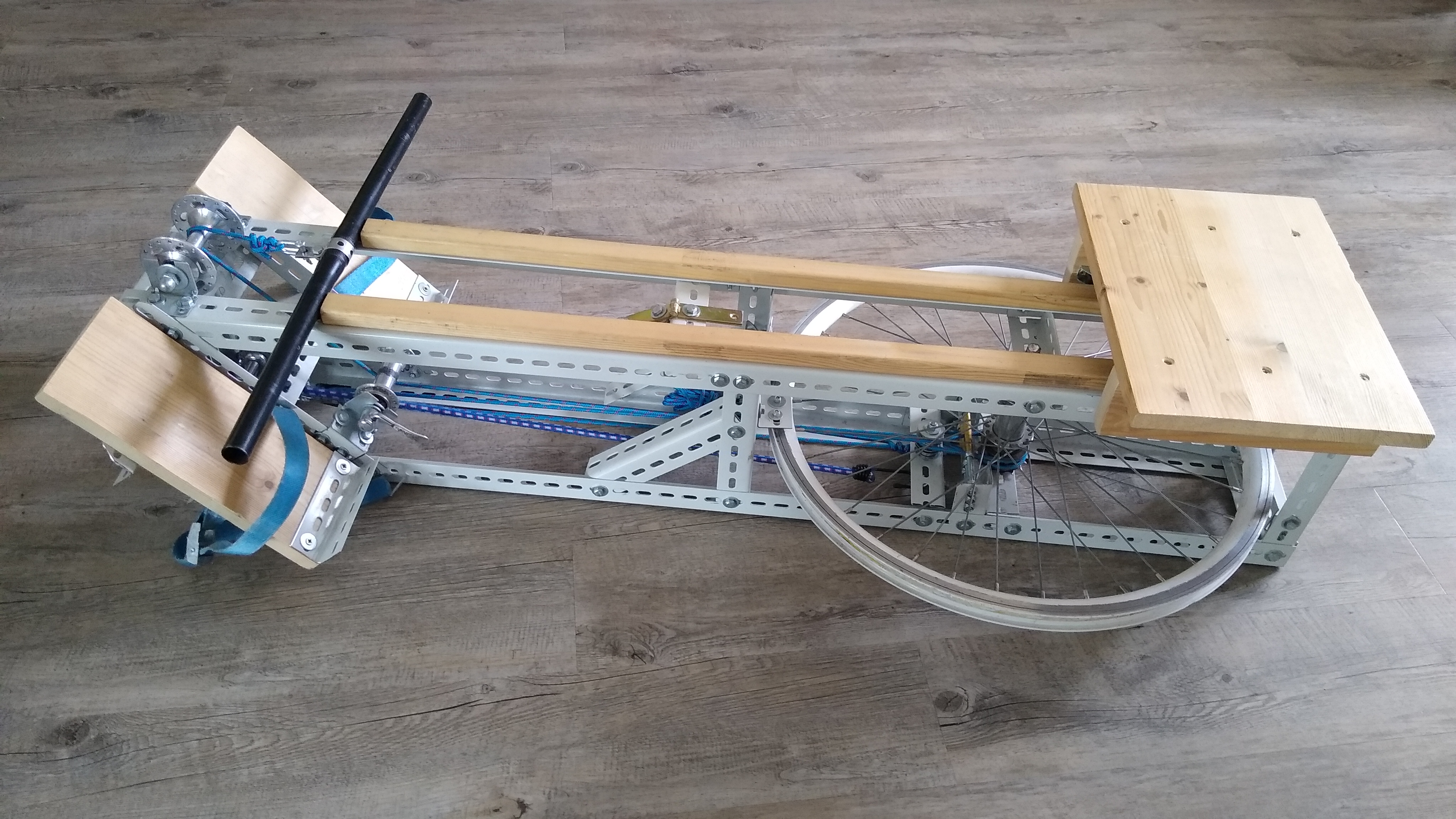 Since autumn 2021 I am working on building a garden shed that after almost one year is pretty much done now (autumn 2022).
A-Frame Garden Shed: 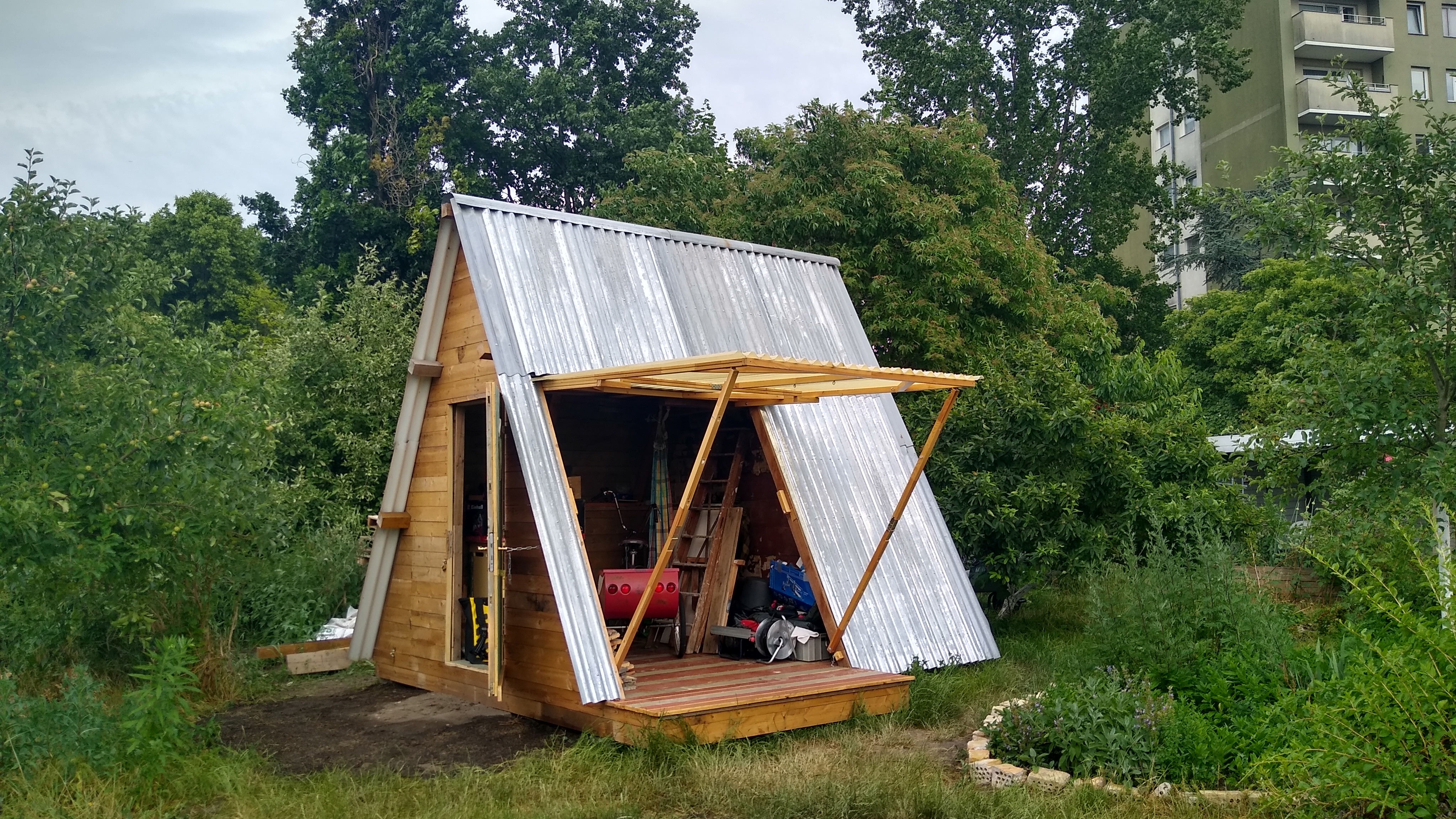 Last edited: Sep 22, 2022
My intro and most of my bikes: http://www.ratrodbikes.com/forum/index.php?threads/a-swissguy-living-in-germany.93305/

My intro and most of my bikes: http://www.ratrodbikes.com/forum/index.php?threads/a-swissguy-living-in-germany.93305/

Rating - 0%
0   0   0
Nice bikes! Dagnabbit...I just got back from 3 weeks in Berlin visiting with my daughter. Next time I'm there we should catch up for a ride/beer/coffee or the whole trifecta? What part of Berlin are you in?
My daughter lives in Charlottenburg-nord
Last edited: Jul 17, 2019

arty dave said:
Nice bikes! Dagnabbit...I just got back from 3 weeks in Berlin visiting with my daughter. Next time I'm there we should catch up for a ride/beer/coffee or the whole trifecta? What part of Berlin are you in?
My daughter lives in Charlottenburg-nord
Click to expand...

I'm located in Lichterfelde. That's not that far away.
Next time you are around let me know. I usually have a bike or two on stock for a ride-out...

My intro and most of my bikes: http://www.ratrodbikes.com/forum/index.php?threads/a-swissguy-living-in-germany.93305/
S

Rating - 100%
3   0   0
Swissguy do you know if the Swiss military bikes can be adjusted for someone about 5' tall? Just wondering as I think I may be able to get one. Thanks and Be Well, SS.

Rating - 0%
0   0   0
The swiss military bike (Ordonnanzrad 05) was originally built with the average soldier of that time in mind. So it should be good as of 165cm height. As far as I remember our smaller colleagues in our platoon had about that size, and they basically put the saddle stem in the lowest possible position and turned the horizontal part to the back, to make it point down to get an even slightly lower position.
So with 5' (152.40 cm according to google) you are probably right at the threshold of usability. As it is a wonderful bike, maybe you should give it a try anyway...
My intro and most of my bikes: http://www.ratrodbikes.com/forum/index.php?threads/a-swissguy-living-in-germany.93305/
S

Rating - 100%
3   0   0
That doesn't give me as much hope as I had wanted. It is quite a bit of money. I have been thinking about it but if it is a failed experiment I won't be able to recover my money. I have been hoping to do this OR have a custom bike built with a setup for a trailer. I had the money set aside for the custom but my builder never messaged me. I was watching for it like a kid at Christmas. I am an adult at times and can get past it. Just had hopes. If he can build it, it will only be in the winter when he is layed off from work. I can only hope he will get back with me. I don't want to push a true artist in steel. Be Well, SS.

Cyclist said:
Okay. You should be able to edit it. Please let me know when done so I can set permissions back as they should be for normal operation.
Click to expand...

I'm done, first post is up to date now.

My intro and most of my bikes: http://www.ratrodbikes.com/forum/index.php?threads/a-swissguy-living-in-germany.93305/

Rating - 0%
0   0   0
Hey thanks for bumping this up. That’s quite a collection there, and the old military bikes were quite awesome.

By the way, I did read a lot of your A-frame garden shed project description.

I too put up a shed during Covid, but it’s the one you always see in my pictures with the red and white doors, and I just hired people to come build it.

I kind of raided my retirement account to put up that shed, buy new tools and welding equipment, another hobby car, and to remodel our kitchen and bathrooms and put new floors in the house, and paint all the walls and ceilings.