Feel free to add your copyright info on the photos as a watermark.
Rollin' with the Lord / Galatians 2:20

Going for a Superman/Superbike theme on this one.

The other one, will be, uhm, abit more of a project, still brainstorming ideas out on that.

Have some red cables coming in, Plan on eventually upgrading the brakes to BB7s, tires to something lighter, drilling some rim holes possibly and that's about it.

baldwooky said:
Going for a Superman/Superbike theme on this one.
Click to expand...

Keep the cape short enough so it doesn't get sucked in to the rear wheel!
"Boys want what other boys want." Anna Ferris in The House Bunny.

Rating - 0%
0   0   0
I like the stock dolomite colors.
But that black and red looks good too.
It could use a touch more red.
Like this dirty dog reaper stem:

It's strange how inconsistent these bikes are. I have done a few now and this one felt really really nice, like a much higher end bike. Others felt like a walmart bike.

The Dolomite needed grinding on the rear brake mount to keep the disk from rubbing hard on the caliper housing. Rides like a tank. Double boxed for a walmart pickup? Kickstand still sticking out the outer box. Some minor scratches on the fork. The crank is far lighter than what came on the Beast. BB bearings cranked far too tight. Once I pulled the cranks, I could not budge the axle with 2 hands. Added grease to the bb, headset, hubs and made the needed adjustments to all the bearings. Nicer seat and pedals than the beast. The frame looks more black, the fork more blue. Like they were painted in different factories.

The Massif? A pea sized weld blow thru, a huge double seam weld and a blown out vent hole all where the seat post would want to go. It will need reaming out. The seat had popped off the rails. Some rebending of the rails, wd-40 and a big screw driver to lever it back together. The bb was far too tight. Extra grease and adjust all the bearings. Very heavy cast iron 140mm crank arms. A little shorter than I'd expect.

both need serious disc brake break in time. Looks like the discs are made from plain mild steel. Uck. Look for those to rust up if left out in the winter or used in salted snow.

rick
"Boys want what other boys want." Anna Ferris in The House Bunny. 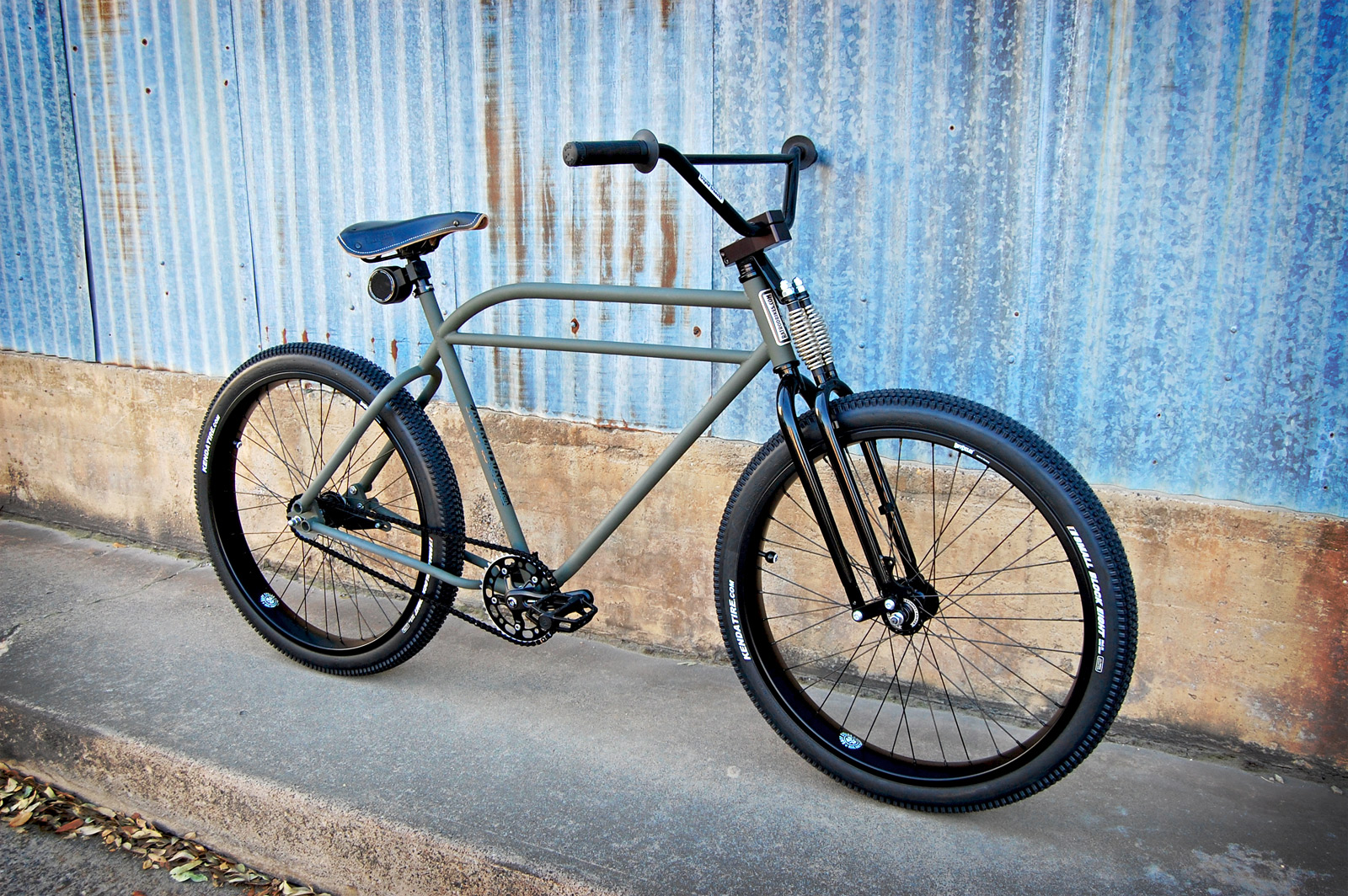 Rating - 0%
0   0   0
Got a little crazy doing some custom sticker work to the Dolomite. Here is a tip though that may be worth noting. Taking off the stock tires and tubes and putting on the Vee Rubber and lightweight tubes shaved off almost 10 pounds putting the little bugger at 41.5 pounds total. Not to bad for a Walmart Fat Bike!

So I need some help here on my build off bike, which is a Dolomite.

I can't seem to find the correct size hex key for the brake rotor screws, anyone have any idea which size I need exactly?

Rating - 0%
0   0   0
Thanks for the props on my Dolomite baldwooky. I just went out to check the rotor bolt sizes and you are right, they are not common. I am guessing they are a 4.25mm sizing. I tried common metric and US allen wrenches and a 4 is too small and a 4.50 is too big. Good luck and let me know if you find a better rotor for the front. I need to upgrade mine ASAP as the stocker is junk.