Rating - 0%
0   0   0
Will send pics later today , but am getting a early black continental that has a cool decal for instead of a metal head badge . it has a stars and stripes uncle Sam type top hat and a schwinn quality circle beside the hat , any one know what yr that would be ?

Vintage Schwinn Continentals were made from 1946 to 1982. This page shows images and text from old catalogs of this classic bicycle.
bikehistory.org
The View From My Proverbial Window
D

Rating - 100%
8   0   0
That's a great looking bike. "X" on my serial number list would be 1938, but Schwinn didn't go to forward facing dropouts until after WW2 in 1946, so it's 1946 or later. It may have been right when they began the production at the end of the war. Since Schwinn lost all the recorded serial numbers before 1948, it's just a guess.
The front decal was added, the original head badge would have been a small round one. They must have gotten some decals, it looks like the chain guard and frame bar decals were changed also, probably years ago.
If that's a Sturmey Archer 3 speed hub, it will have a 2 digit month/year date code on the hub shell near the name. That would be fairly close to the bike's manufacture date. 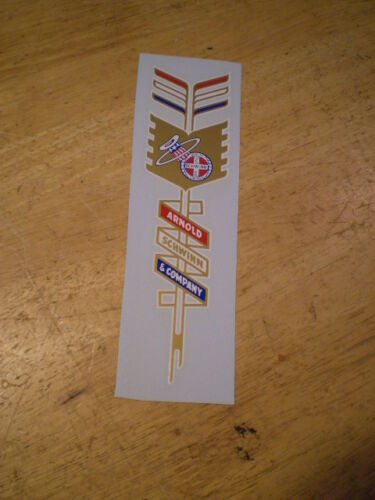 Last edited: Oct 18, 2021
A bike is freedom. Your direction, destination, time, speed, but it's not a freebie, you have to pedal for it.
D