I was working in The Laboratory Late Last Night 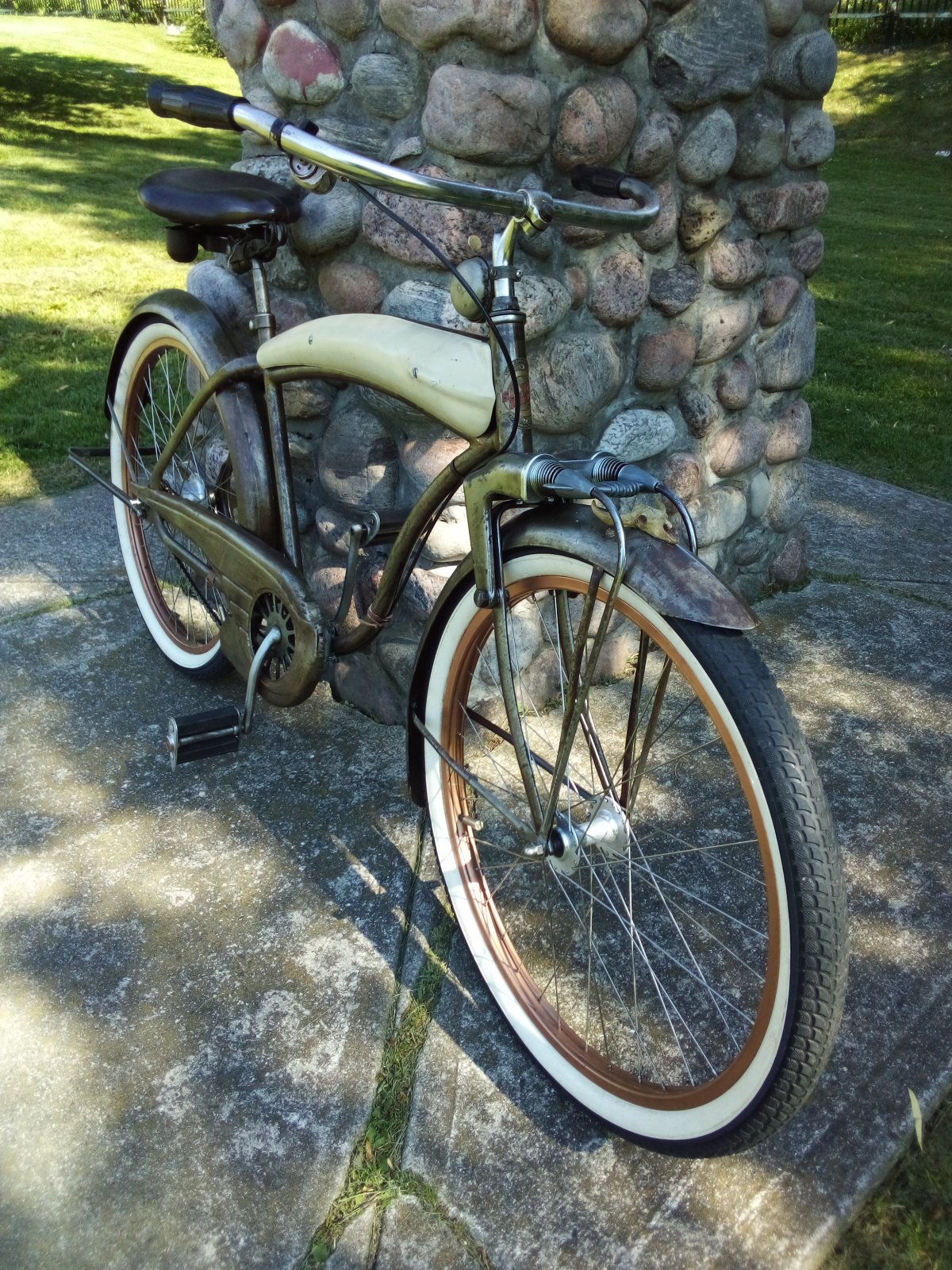 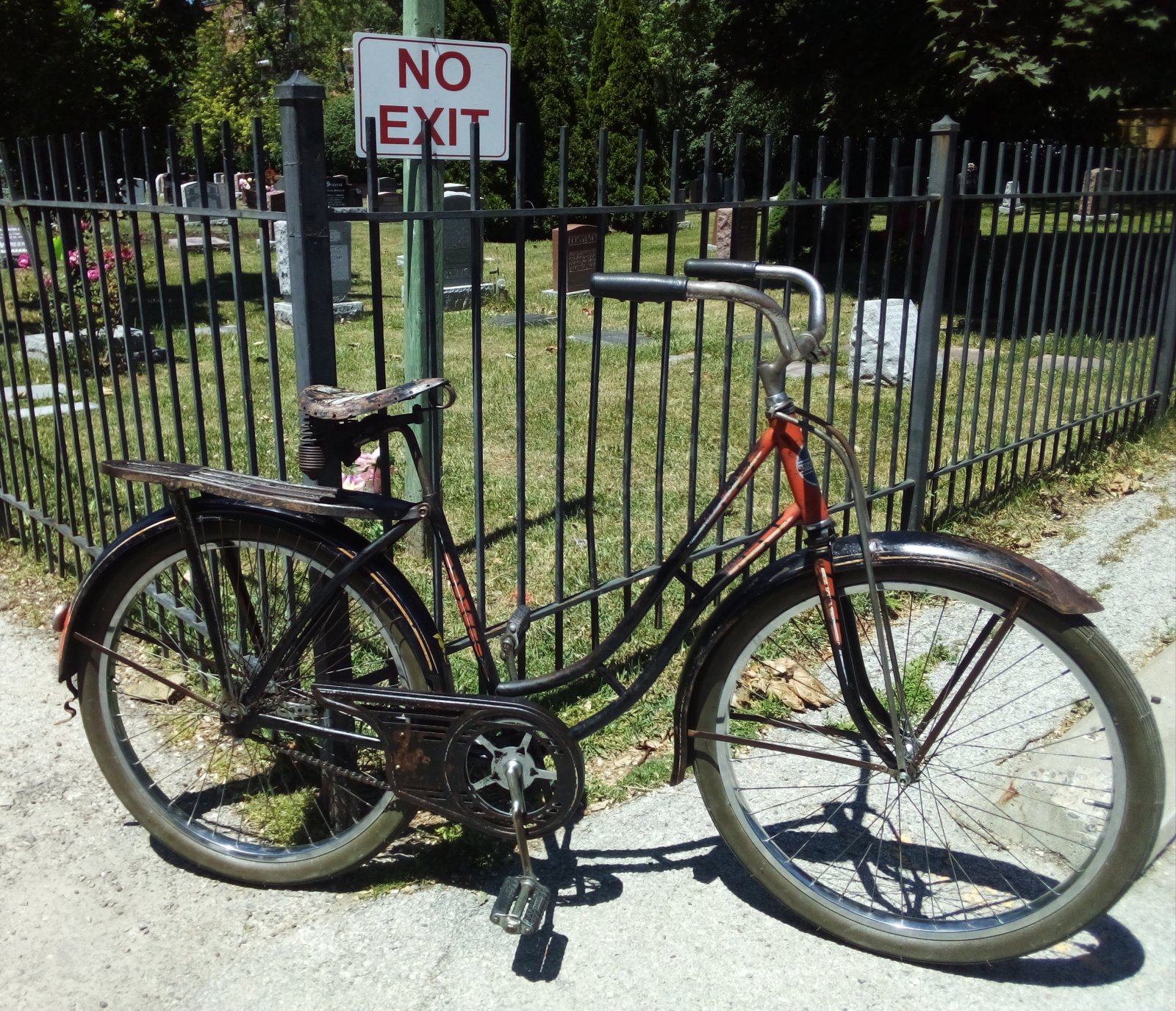 Then naturally with Cols'Nuff's and Ethel's body parts strewn about the room the only thing I had left to do to make this vision work was to add another bike that has posed it's own array of build challenges over time.
(Alert! I need chain adjuster bolts)
This chap never developed much memorable character during our time together, soooo, he shall be John Doe #34. 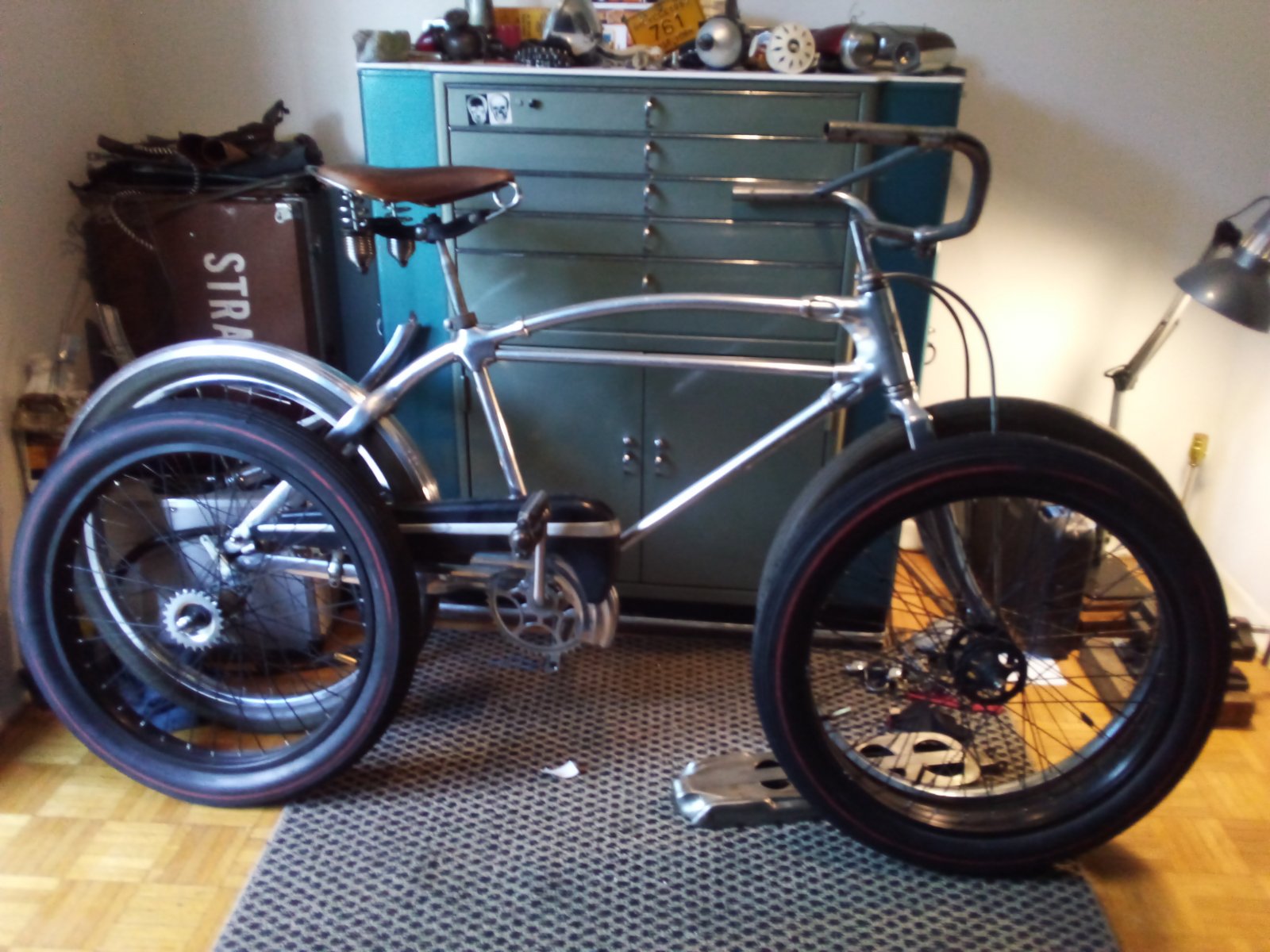 The procedures I will suggest have gone swimmingly well and all subjects should be up and around any day now!
I haven't had a chance to get decent progress or after pics as this was a very fast fun frenzied bike build week.
I also revived a heavily forgotten 1939 CCM Redbird that I dragged cross town that I was really, really trying to ignore after I held her warm pair of Gibson pedals in my bare hands.
Again, I'll get some post-op pics at first opportunity for decent light.
Meantime, please play along at home and imagine of how the puzzles pieces fell together.

Now I must go and do a deep clean up after the Frankenbikin' regeneration revival that occurred in my apartment and balcony. 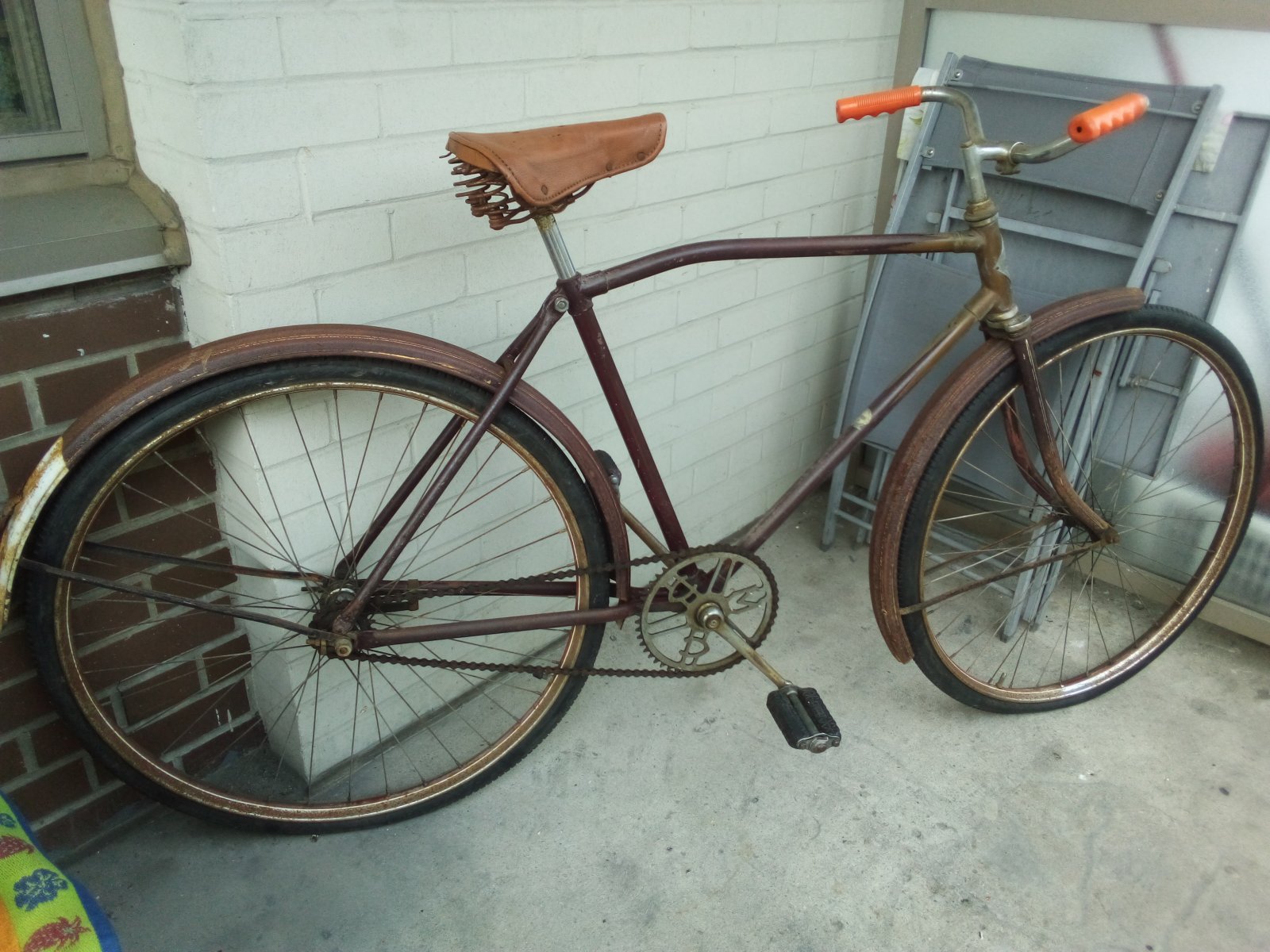 Rating - 100%
1   0   0
That CCM is a beaut! Is it actually two tones, or is that patination? The crank arms are unusual, any closer pics? Is it bolted from the back as opposed to cottered?
Rat Rod Hagiographer
L

MattiThundrrr said:
That CCM is a beaut! Is it actually two tones, or is that patination? The crank arms are unusual, any closer pics? Is it bolted from the back as opposed to cottered?
Click to expand...

Thanks Matti, The 'bird is burgundy with golden darts.
It is very patinated. 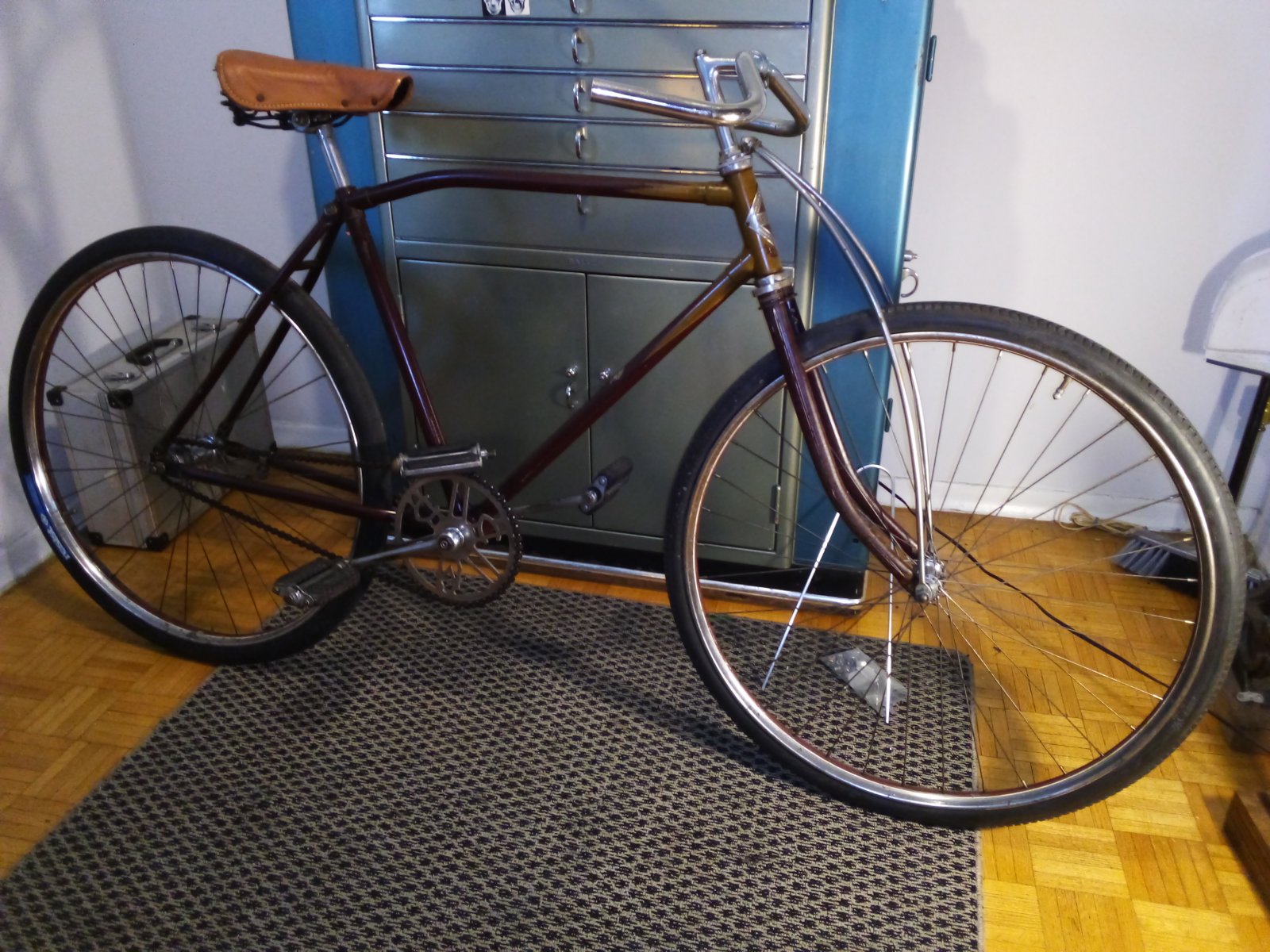 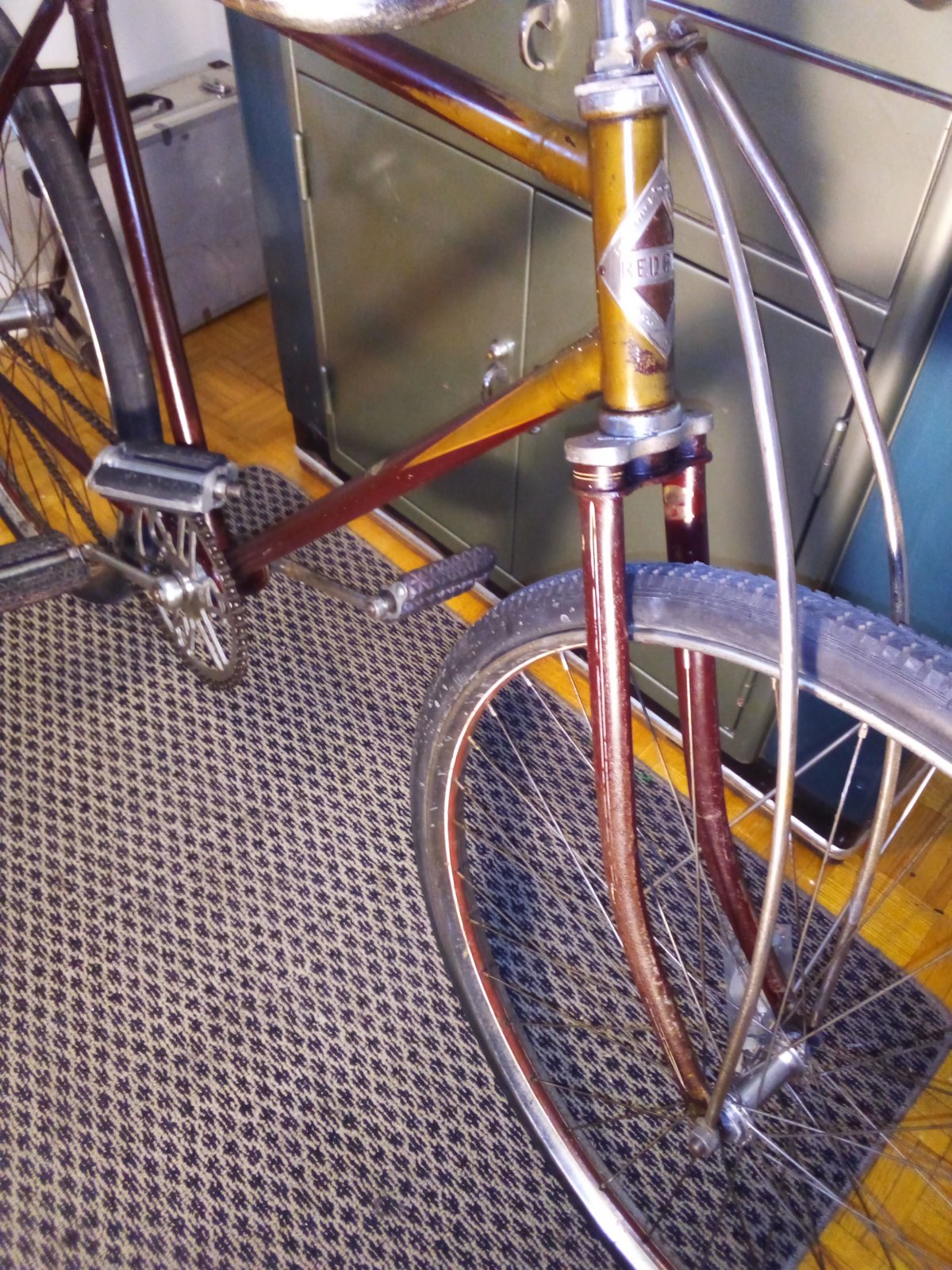 The crank set is CCM Triplex, with tapered BB and arms. Axle is attached to crank, I suspect nutted together, but honestly overlooked that detail Matti.
All this Redbird now needs is a new set of spokes and she'll fly, and I'd really like to find her a new pilot. 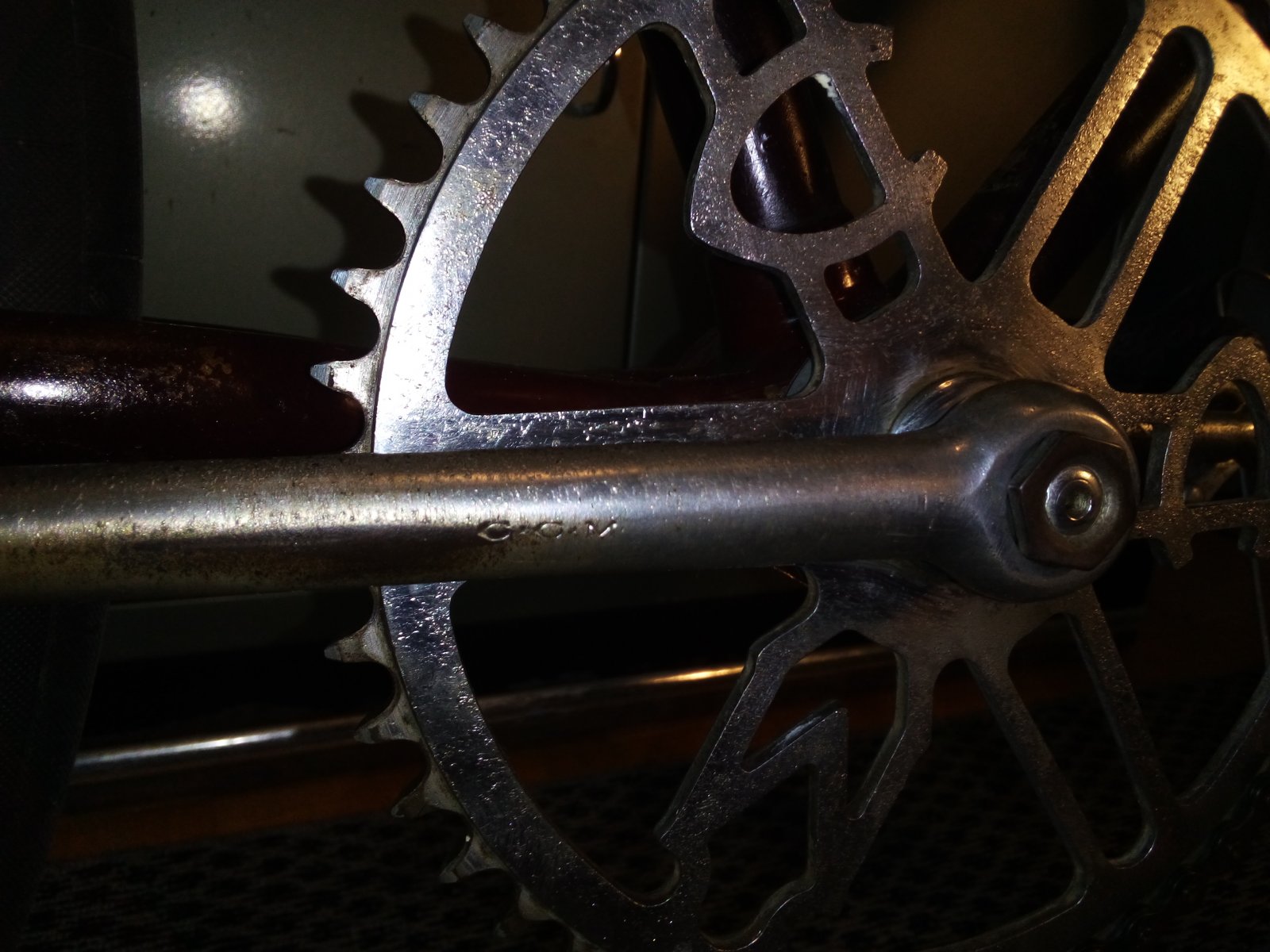 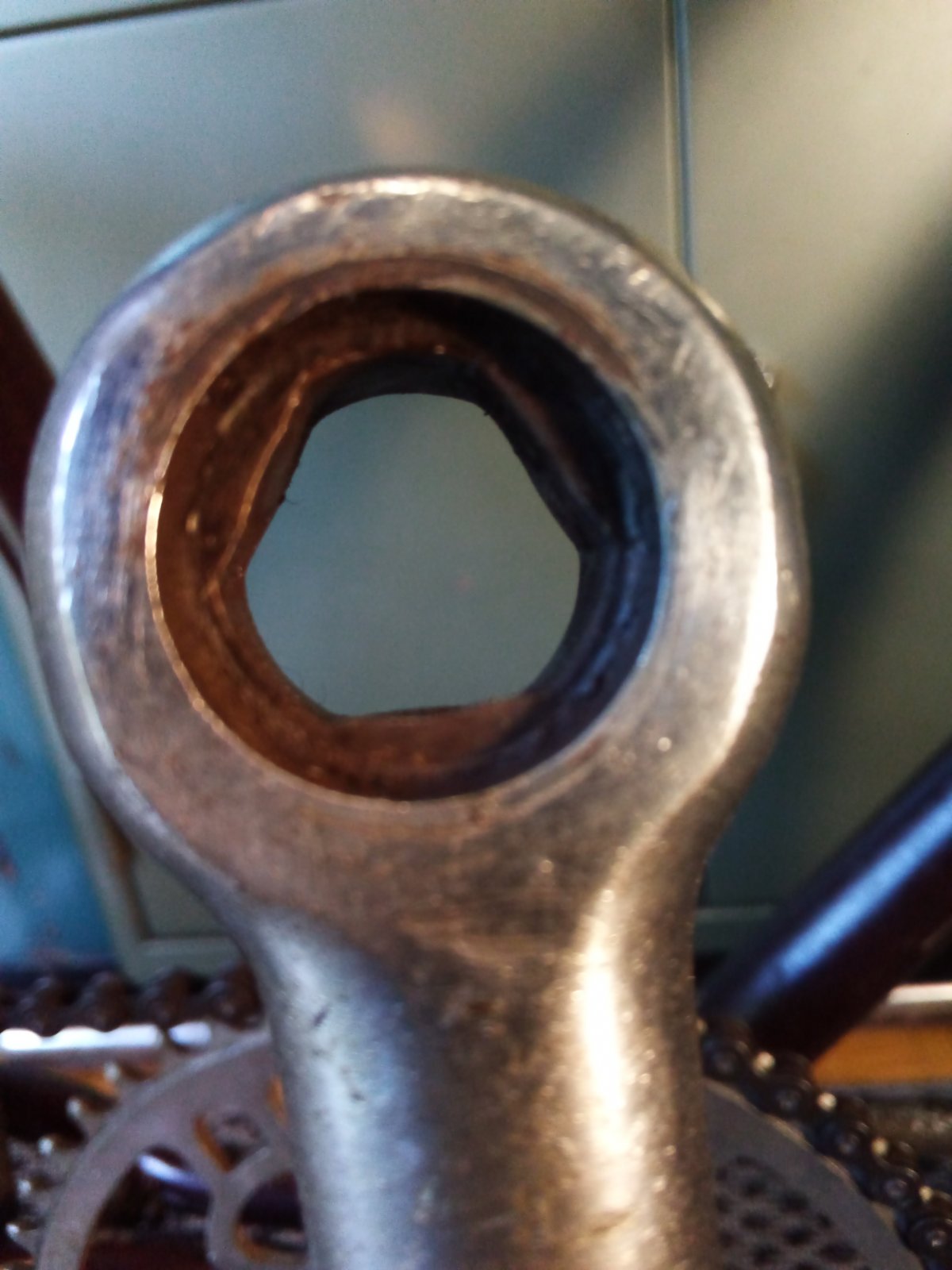 Rating - 100%
2   0   0
Here we have the progress pics from my experiment.
The Colson is a GO.
I do not wear a skirt, but the wire set cleaned up great, so I put them back where they were placed by someone 82 years ago. 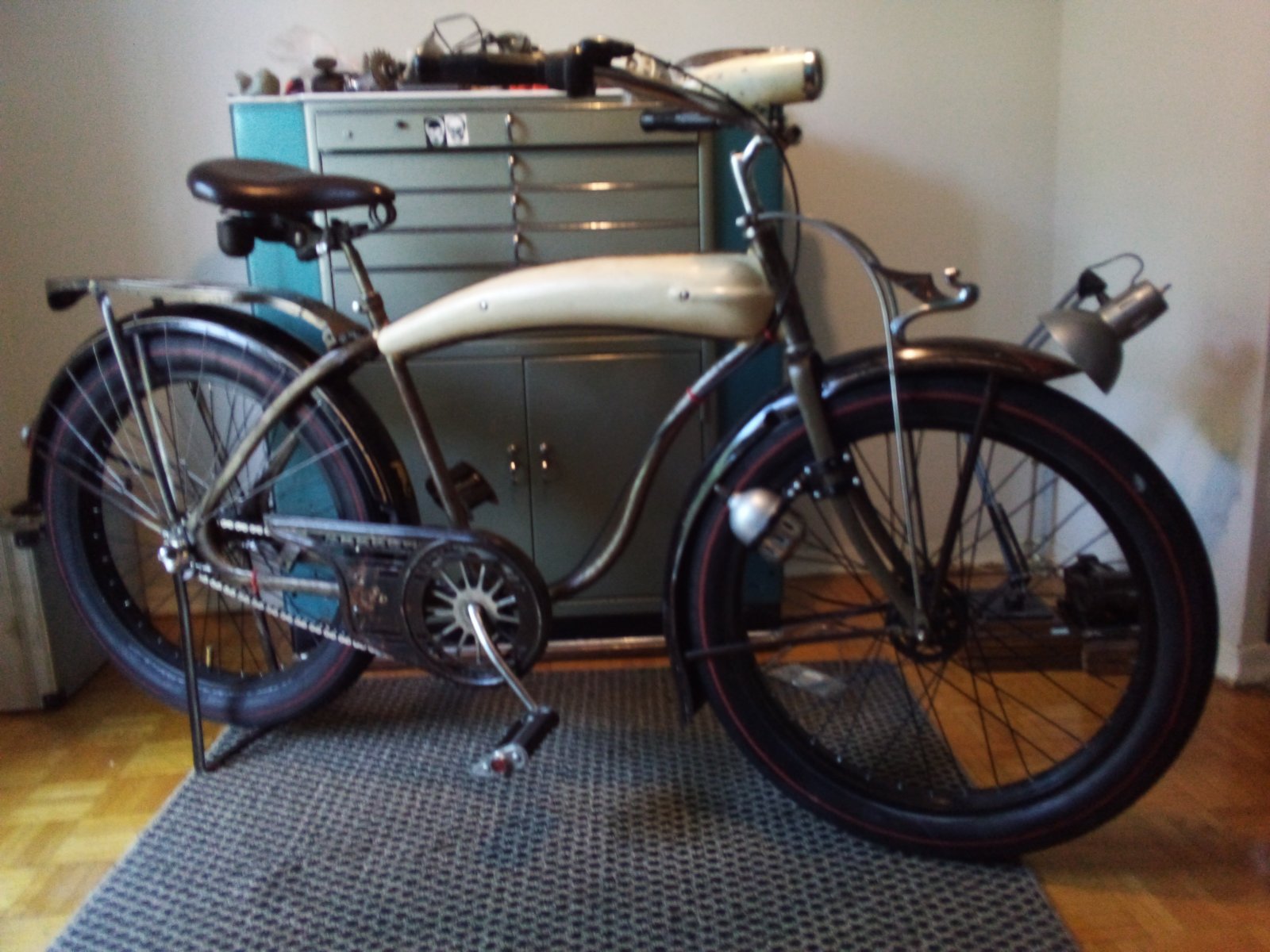 The Hawthorne will evolve further. I need chain adjusting bolts and a cheaper way to make her stand in her own. I have a Wald rear axle stand, but doesn't play with the old port side Shimano 3 speed shifter set up on the hub.
It is the narrowest multi Speed hub that offered the least stress and resistance to the aluminium frame.
I am pleasantly surprised at how simply this one went together.
I battled all kinds of wheel, tire and fender combos and none gave me such results.
It feels and looks like a full scale 26" bike now. I lucked out with the horizontal fender braces that add to the long er appearance. To me it has a mid '60s Cadillac vibe with the peaked fenders.
That darn Boss High Steer Head in the front made some sense in the Colson, but not so much here. I used automotive Goop to adhere and will now have to look at removal strategy.

I had my doubts about Gothic fenders suiting the chunky frame, but I think I can work with this. 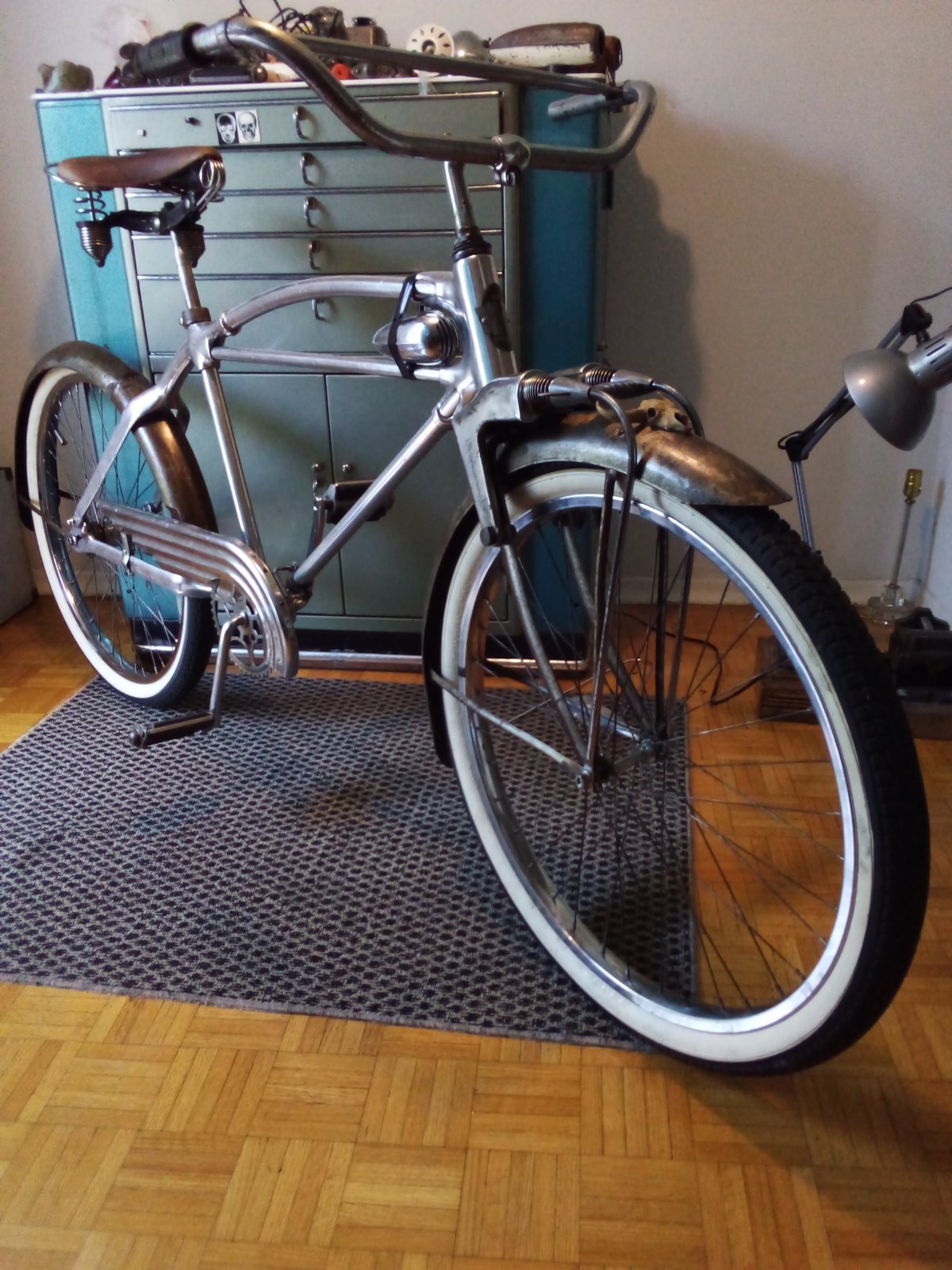 ...and then there Ethel, poor old Ethel.... I'll probably get her back on her feet too, but in the meantime she's stoking my imagination. 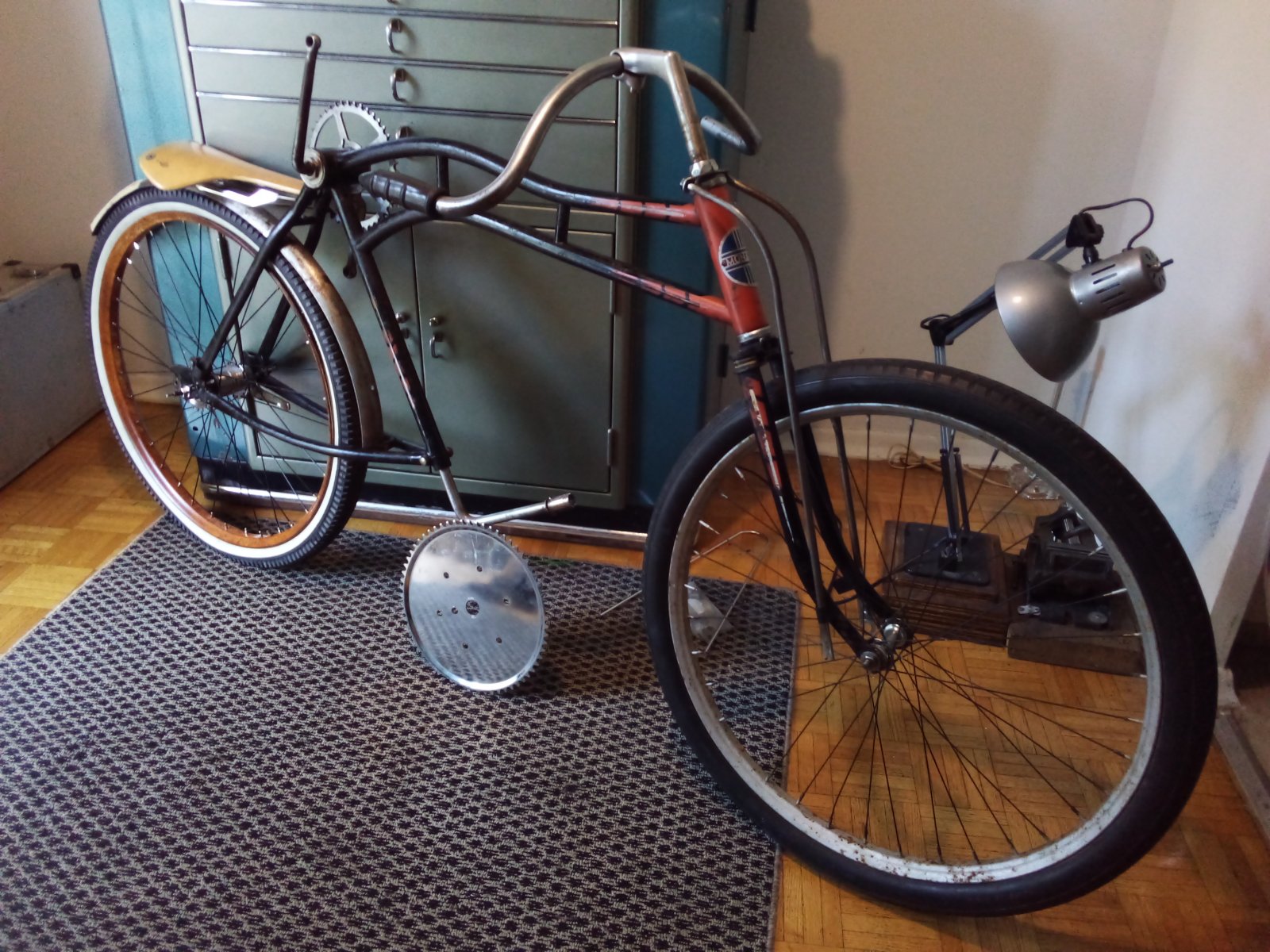 So with this frantic exercise concluded, let me know what you think of the obliteration of that nice old girl.

Do you think her demise was worth it for the health of the herd?
Last edited: Aug 9, 2021
L 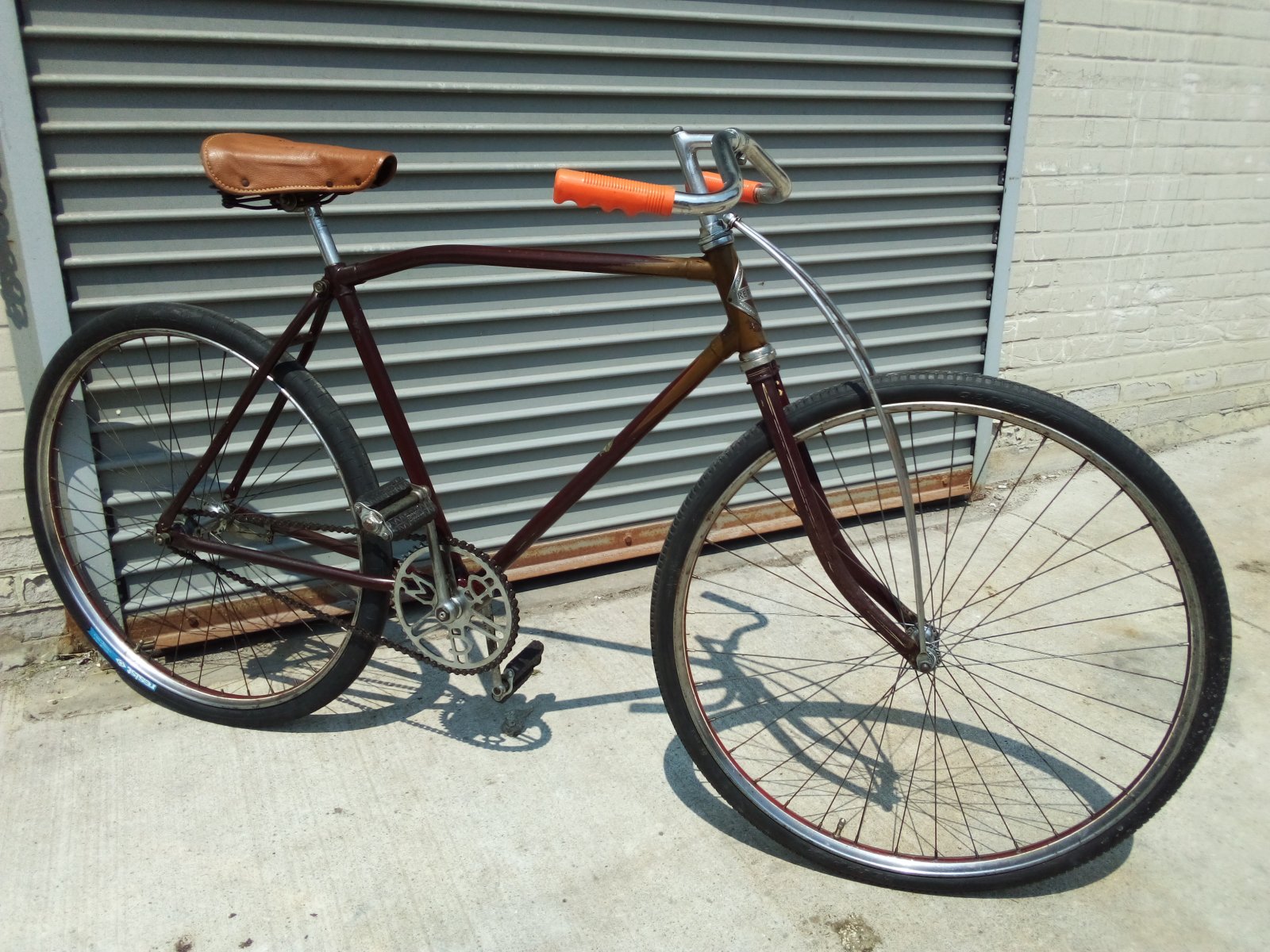 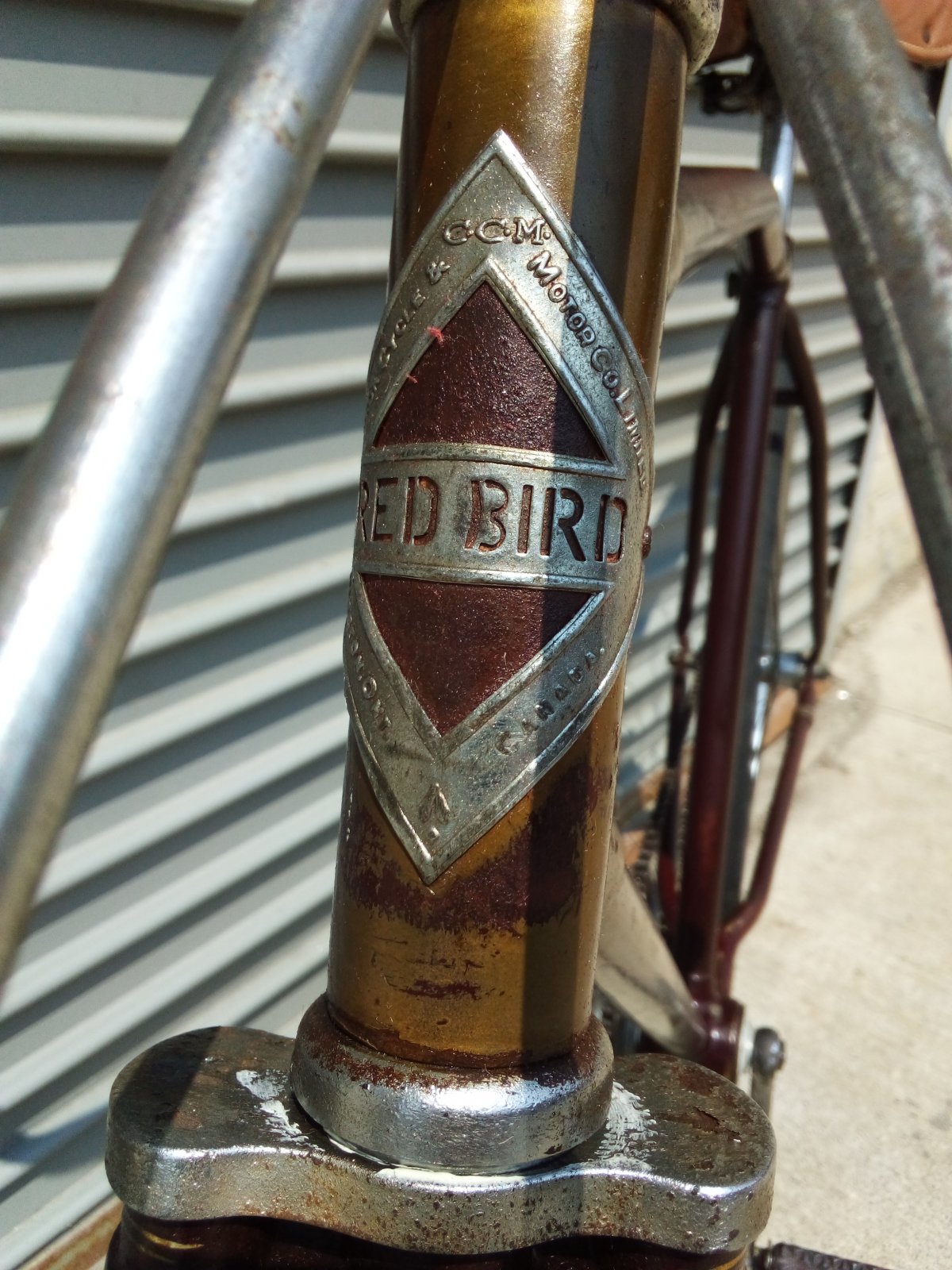 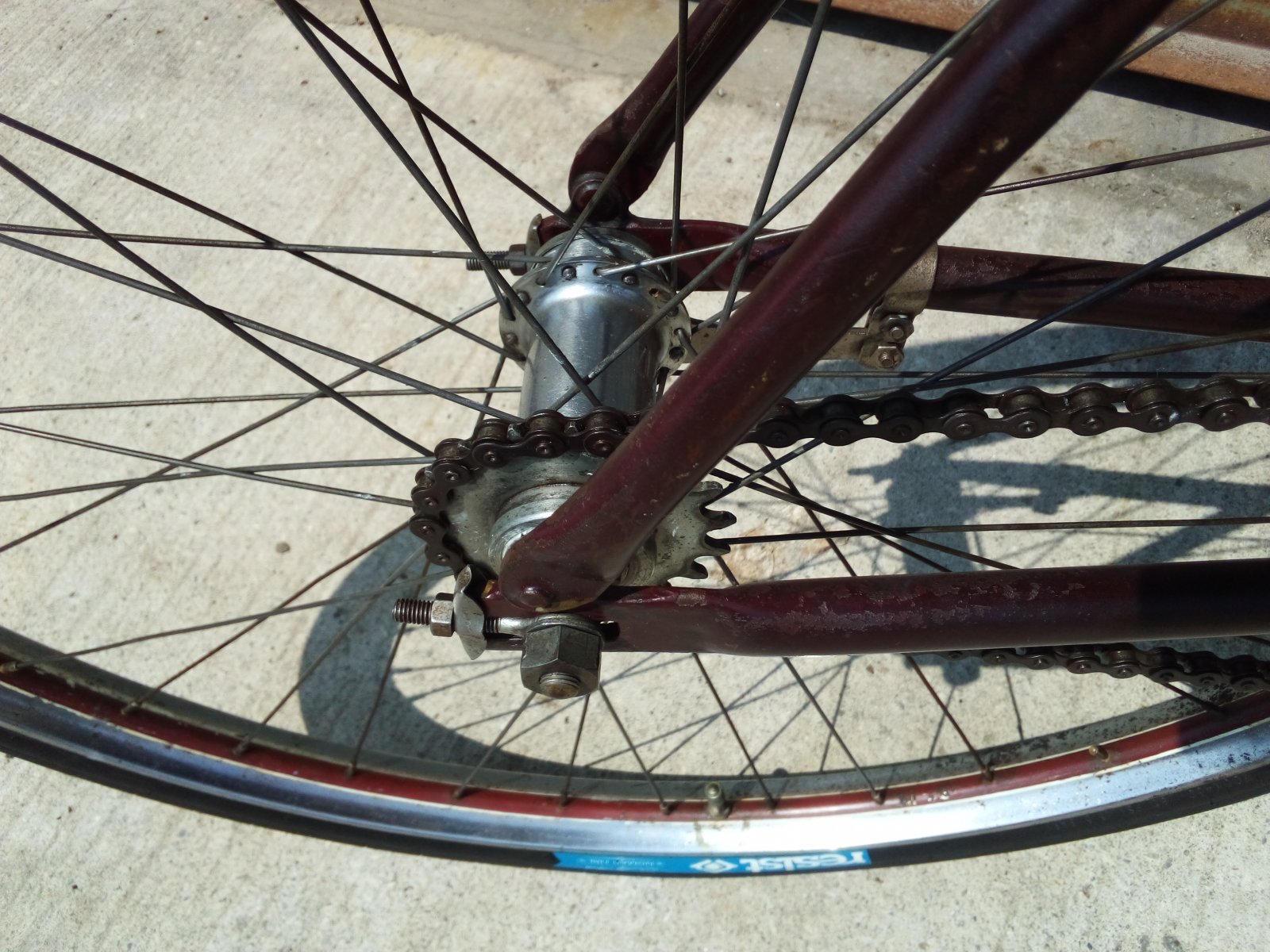 One man's trash is another man's pleasure. 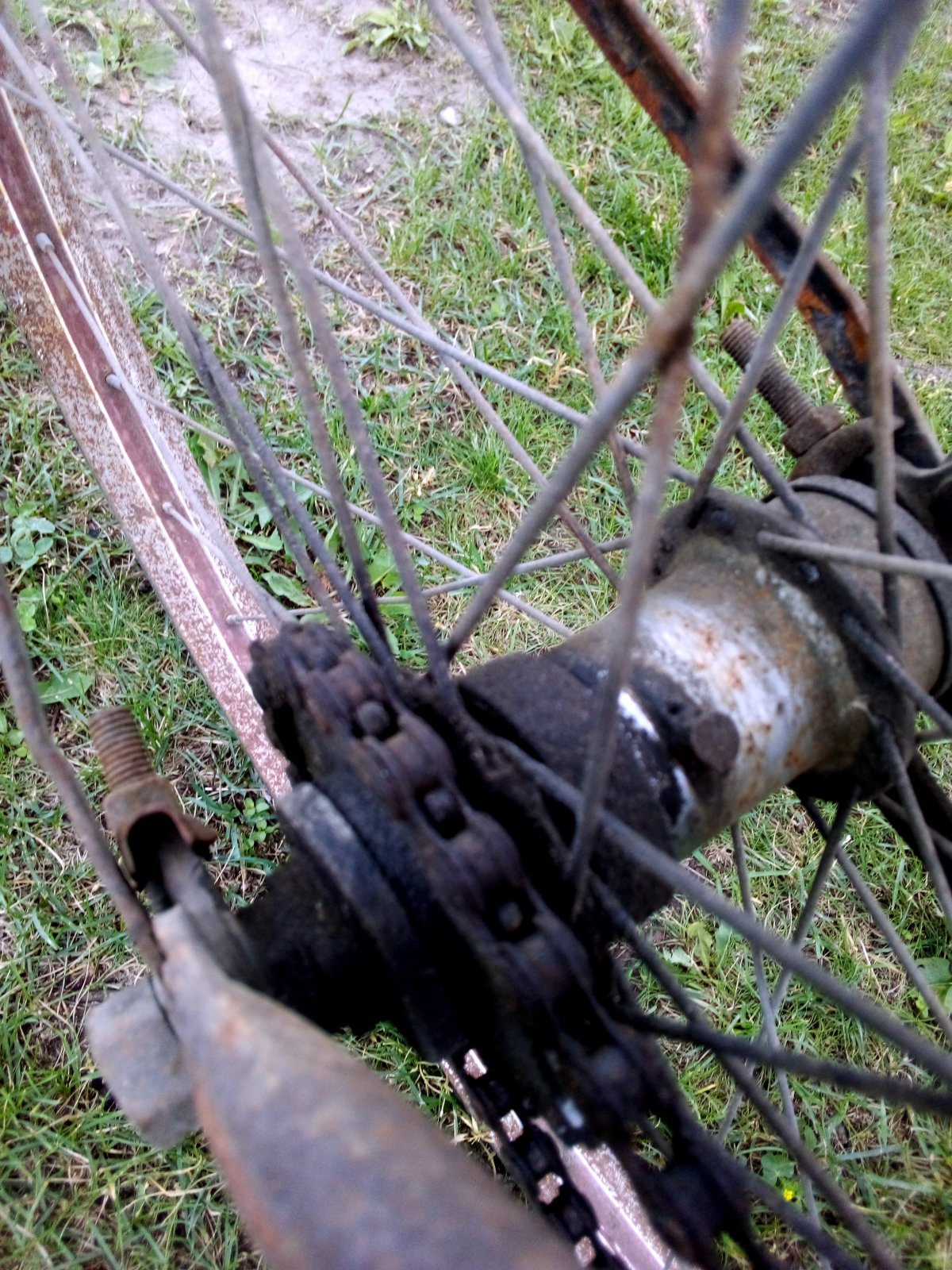