Falstaff said:
This might be posted somewhere,but I didn't look.

I'm at an impasse on my build. I'm at the welding phase and I can't for the life of me weld two pieces of tubing together with my 110v stick welder.
It's lowest setting is 40 amps and I think that's to much.

So, would having someone else do the welding for me eliminate me from the competition? This thing is gonna be heavy and have an electric motor,so I want to do it right. If I have to withdraw from the build off I'm ok with that. Safety 3rd.
Click to expand...

Normally we run a entrant only welding policy, but it appears I missed that rule out this year.
I already had someone else ask the same question and I am happy to let the posted rules stand for the year as the build-off has been under-way for a fair while already, and may or may not add it back next year depending on entrant feelings beforehand...

So, getting someone else to weld on your bike for you is fine for this MBBO.

Bring on this final month, it is going to get busy! 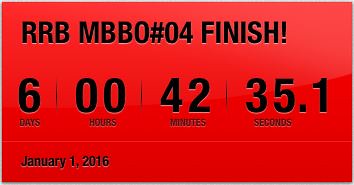 Which way is the "Build Off Hall of Shame, Embarrassment, and/or Best Intentions?"

I bought two used bikes and ordered some parts at the end of August, waited until September 1st to start "wrenching" so the one would be eligible for the MBBO, then hit a bunch of snags and realized I wouldn't be able to finish before the deadline for multiple reasons. (The biggest reason is that it turned out a lot better than I'd expected, so now I want to paint the frame, buy even more parts, and do the whole thing "right."

Also somewhat comically, I turned the second bike into a BMX-ish klunker a few days before I saw the Offroad Build Off announced -- whoops!

Just over 17 hours at the time of this post!

Well, I'm done with two, the last just finished yesterday...
Now I'm ready to vote, and jump into the next build.
When does the BMX/Klunker BO start?

I've already started my next one. I've got a Valentine's Day deadline. It's for a friend's girlfriend.
Visit my build gallery: Crash's Build Page


GuitarlCarl said:
Well, I'm done with two, the last just finished yesterday...
Now I'm ready to vote, and jump into the next build.
When does the BMX/Klunker BO start?

Started yesterday, just start your thread in the regular builds section with the (ORBO) tag at the start of the title and when the MBBO voting is done I will move them into the new thread group.

Voting threads are up! Finished threads have been unlocked.

Have fun and don't forget to read the guidelines at the start!

Thanks for joining in all you builders!
That was the biggest and probably best MBBO yet!

Well Done to everyone that entered into both categories of the MBBO. There are some really class builds in there and on some occasions you would be thinking why didn't manufacturers of the time come up with some of them. Was great to see all of your ideas and thoughts evolve into a reality!