Rating - 0%
0   0   0
Now it’s called Pee-Wheelie! 1970 midget that I have yet to repaint. Stupid fun wheelie machine that fits in a duffel bag...or is that pronounced douchel? I ride it more than any other bike since I always have it in the car. 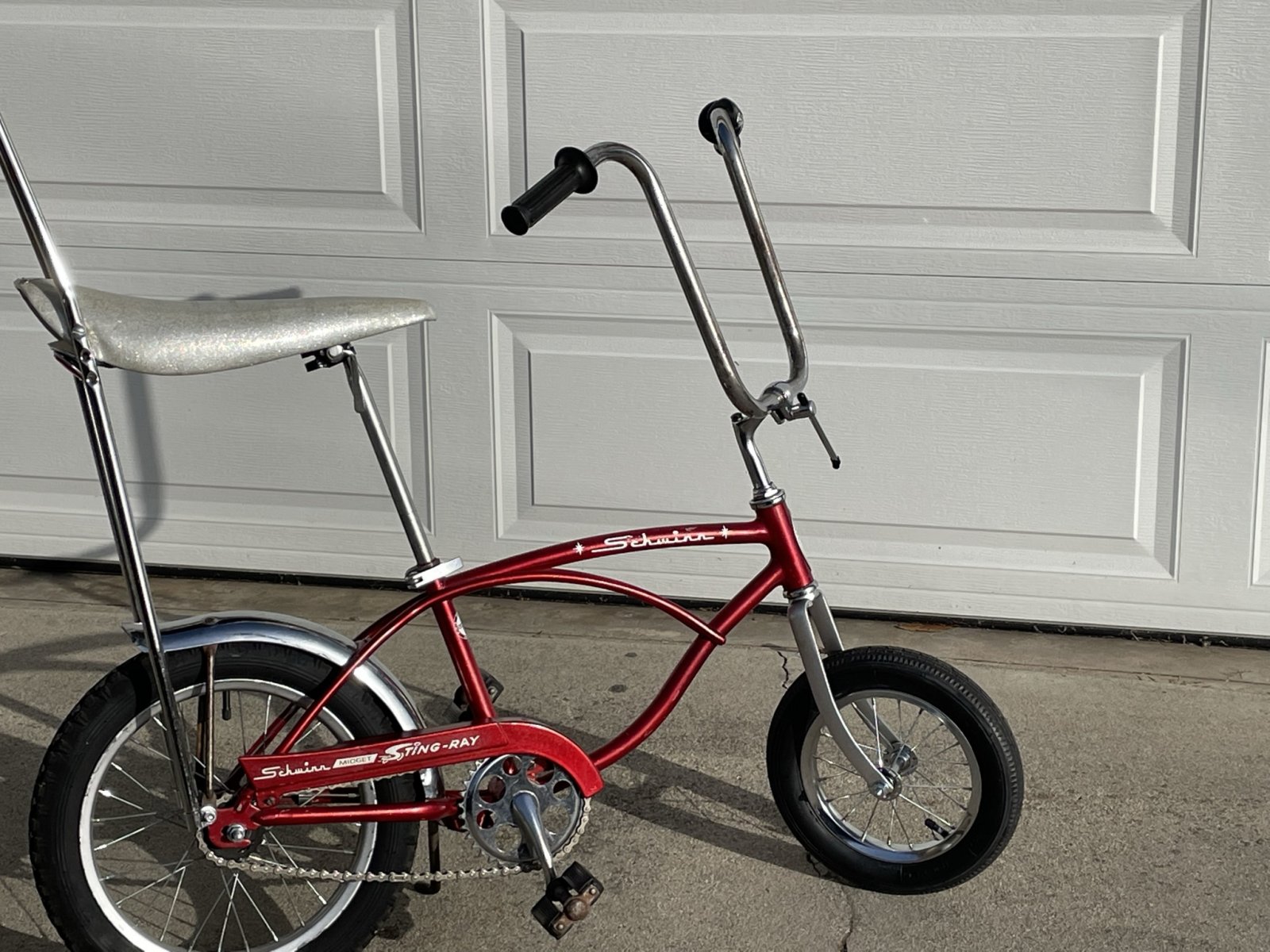 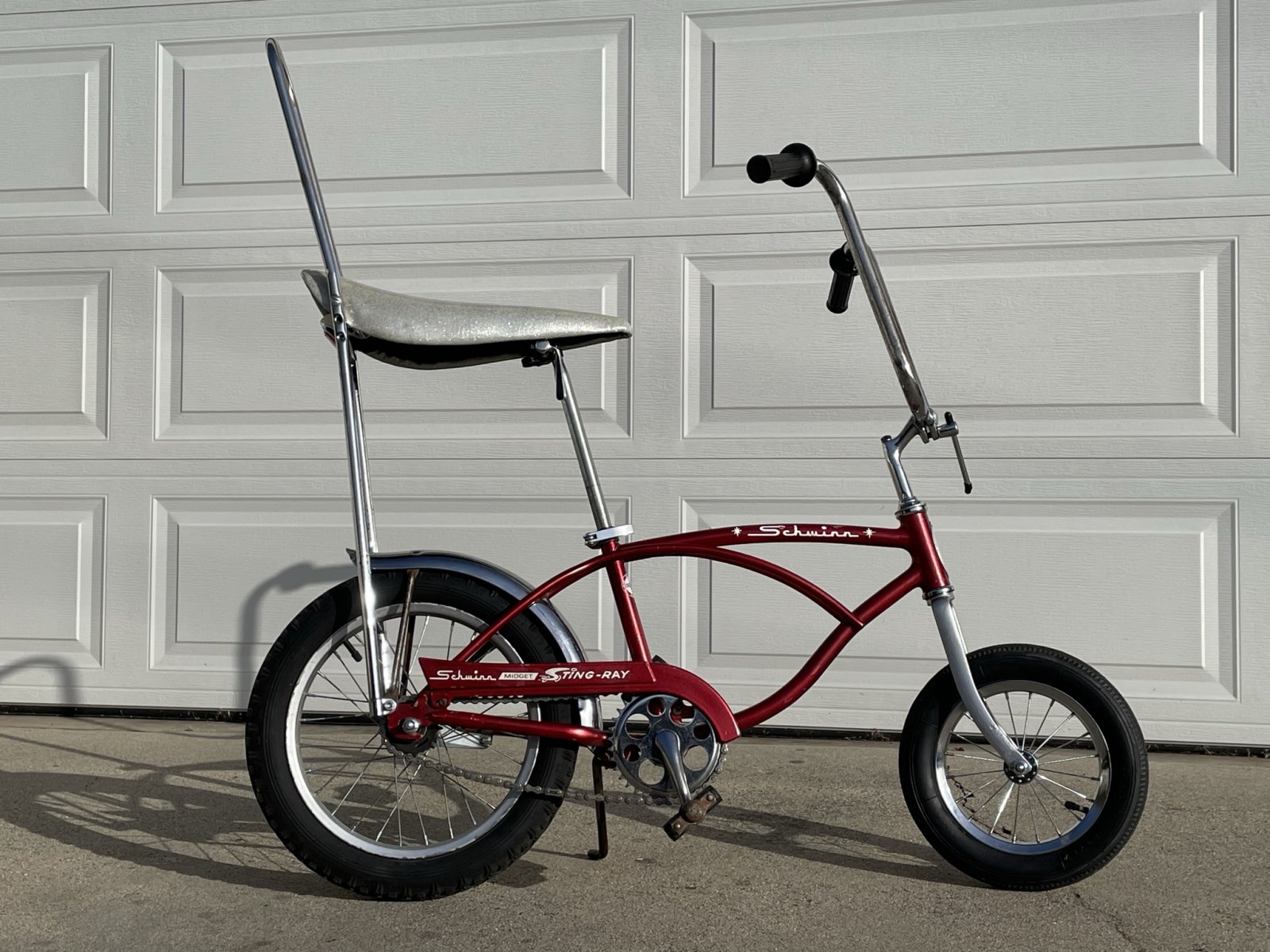 People stop and chat you up with this one. I just added the 12” front and now it really wants to be a unicycle. Lean back, but watch yourself. 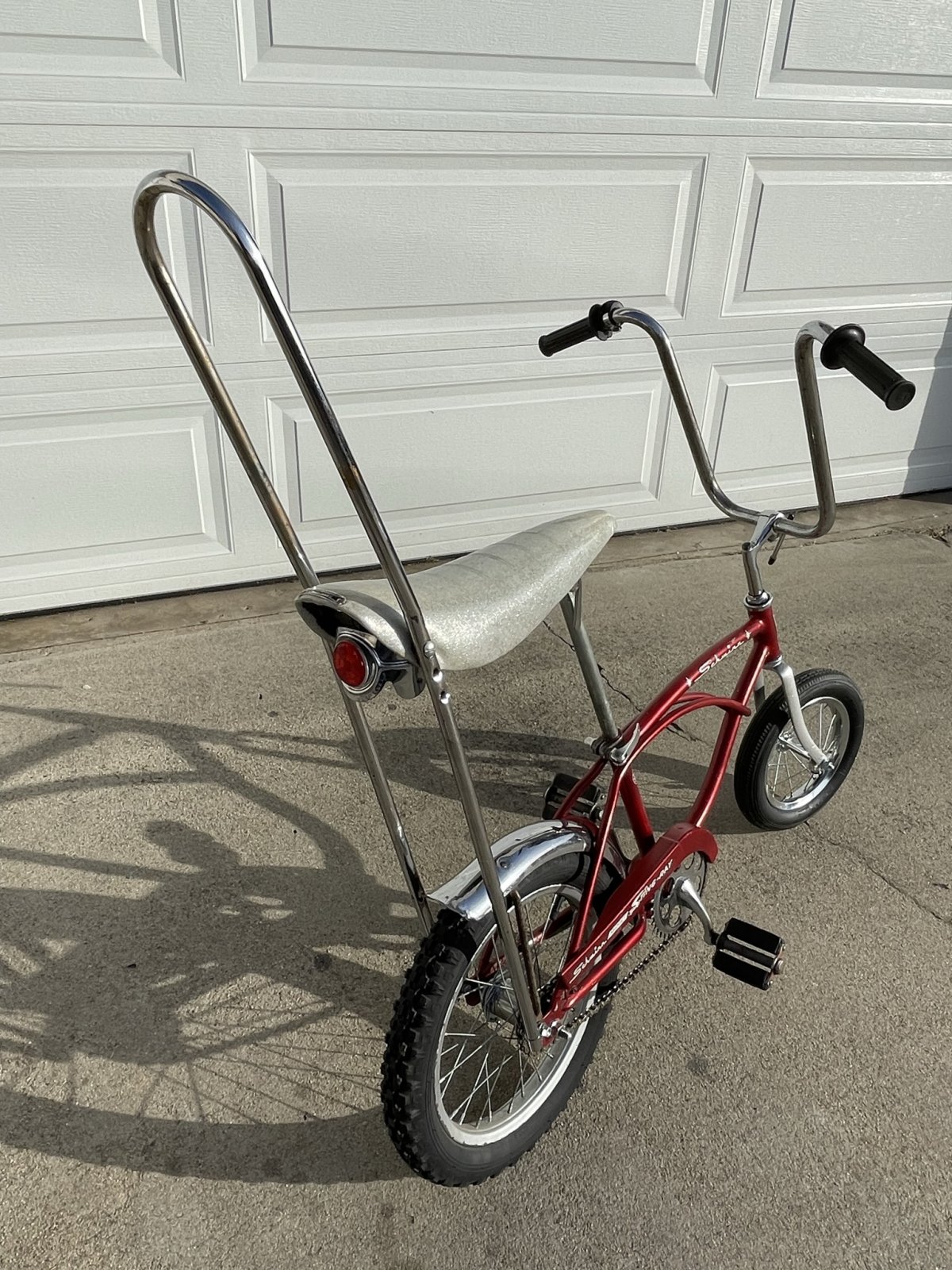 Fattest knobby I could find for the back…I got tired of pulling gravel out of the Gripper Slik.
Surprisingly effortless to ride. Likes to right itself and lift the front an inch off the ground when you pedal. Super light so I can ride & ride & ride & never break a sweat.
I kept the 16” fork rather than a 20…it pretty much wheelies as soon as you pedal. Tried a 20” springer, looked cool, rode crappy. This setup is super nimble & capable of light off roading. Fold down the handlebars, pull the seat off and toss it all in the trunk. 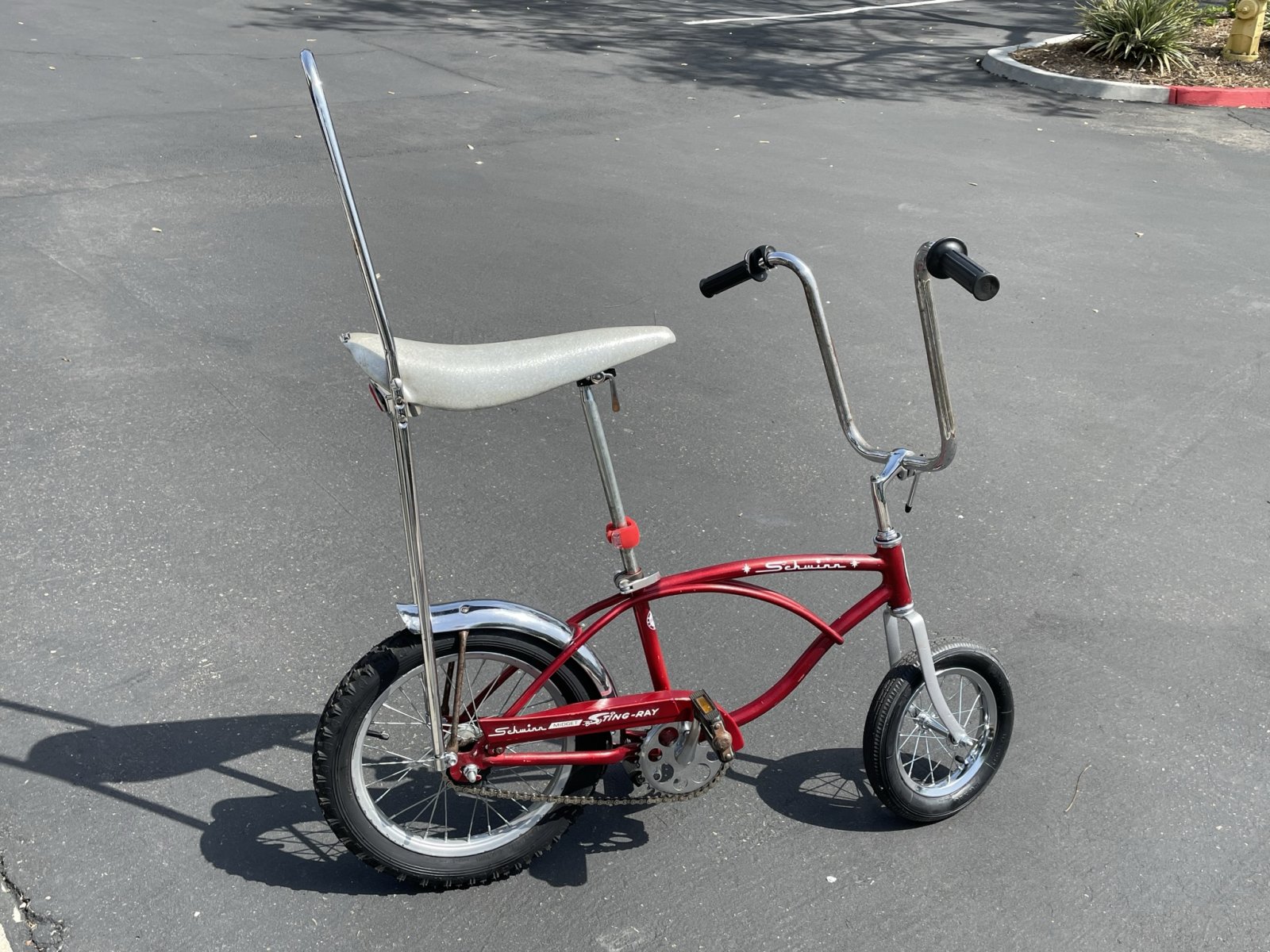 I figured out the portable banana seat. The top seat post lever allows you to rotate the upper clamp 180 degrees which moves the seat 2” back. Shown above and below in “safe“ mode. There is also a “death or embarrassment” mode, that’s the pictures at the top. The sissy bar slides over two posts made from smaller bars attached to the dropouts and it all collapses. Seat folded and shown in “safe“ mode again…it folds more compactly in death mode. Death mode turns every incline into a bonus chance to spontaneously wheelie. These are the posts…ignore the super low seat. Those are the ends I cut off and ye olde original s7. 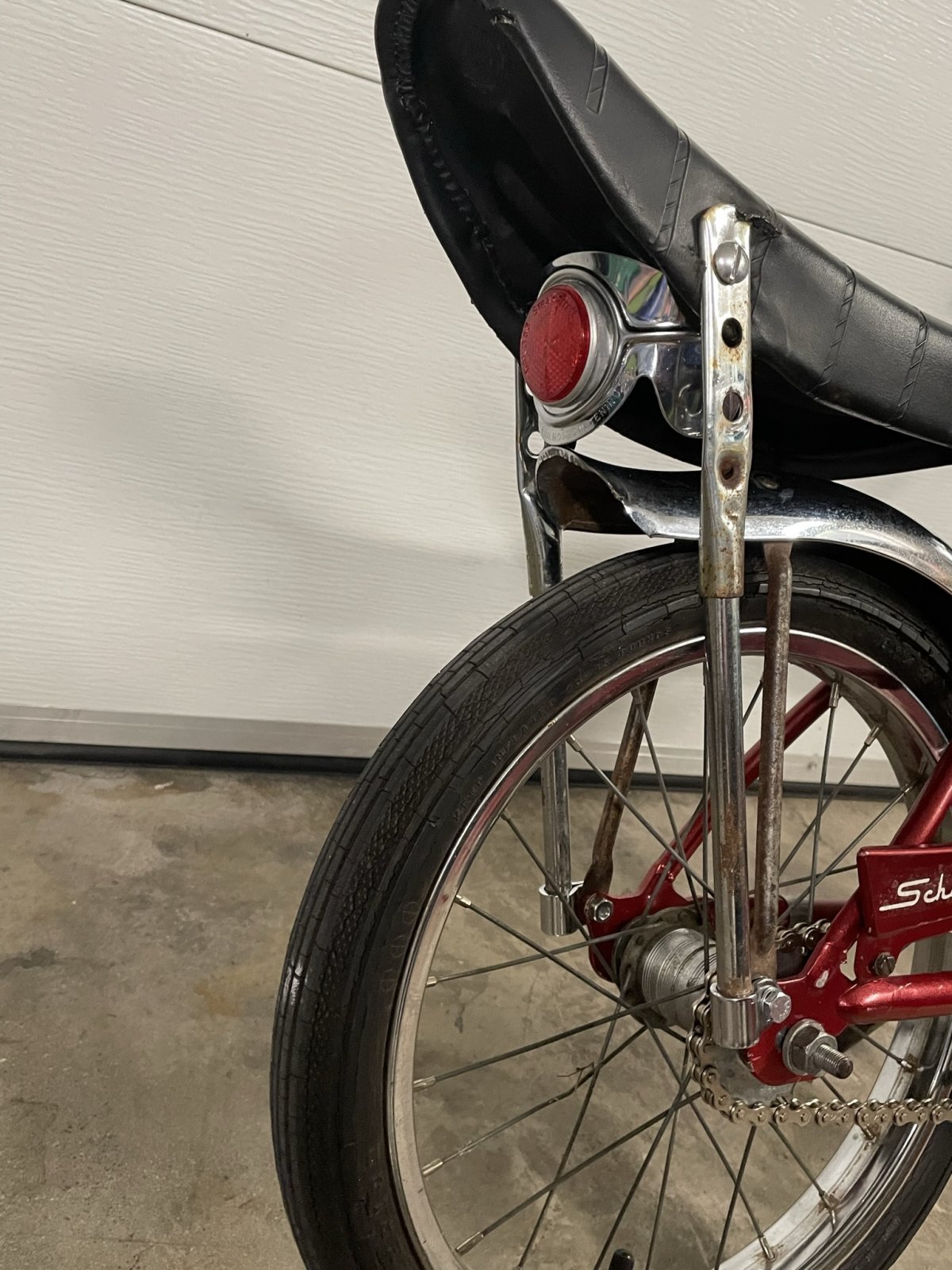 I still need some mega tall apes, a light and a squeak horn. Looks great next to its younger yet bigger sibling! 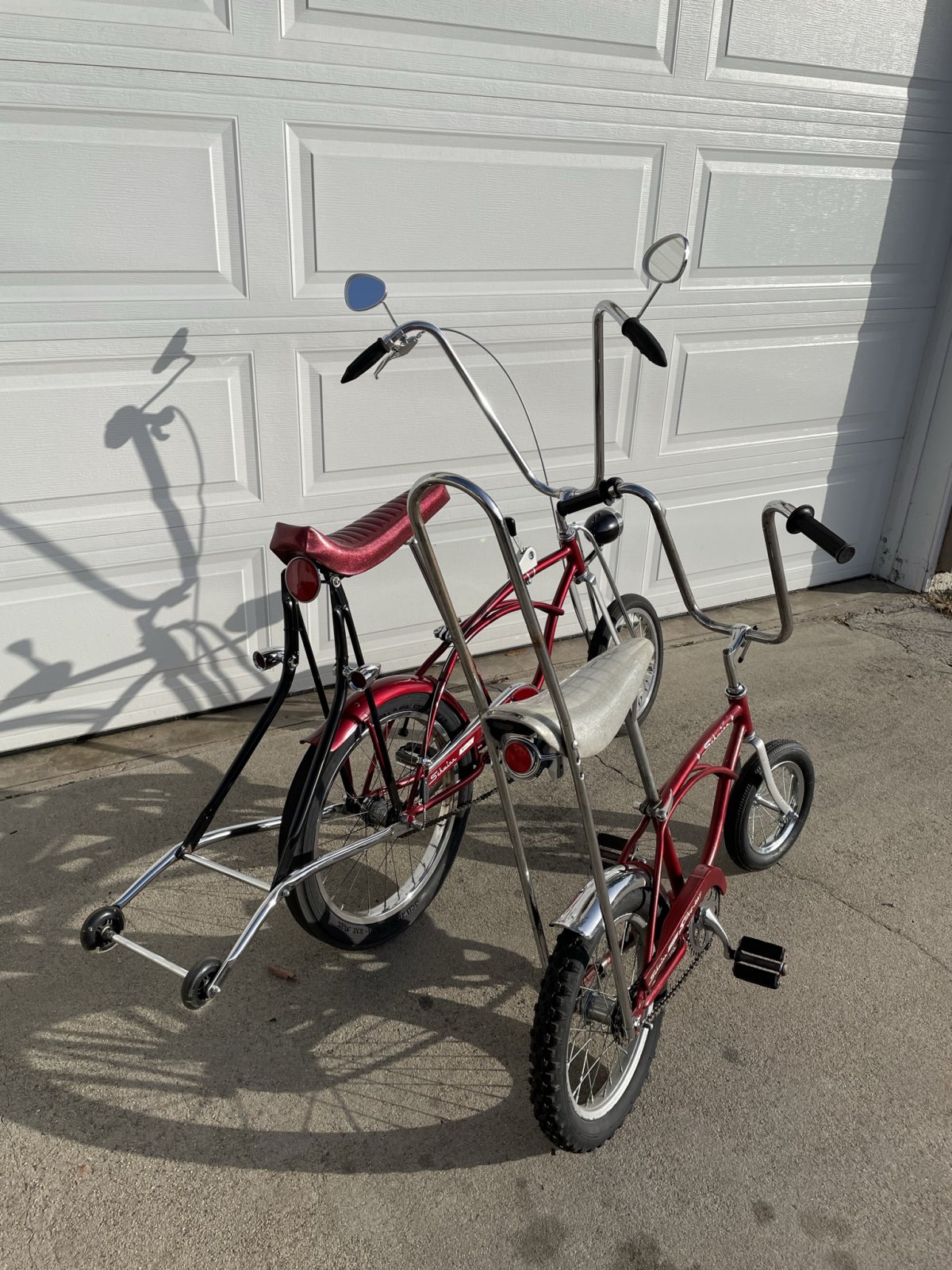