I set out with a goal to build a bicycle to compete in the Crested Butte Chainless World Championships, held in CB during the fat tire bike week every year. Last year I did fairly well on an old JC Higgins Flightliner I ratted out and wanted to build a ride specifically for the event. No cranks, no chain, no derailleurs, nothing to worry about as far as driveline and parts compatibility. Just a straight forward, two wheels, frame fork and bars, and go from there type of attitude. I used some ideas of my own, which I later found out others have done in the past, some ideas from friends I met last year, and some from here on RRB and the gravity bike history. All in all, not exactly how I wanted to finish it, wanted to make a fairing... that may happen in the future, but as discussed in the build, aerodynamics arent as big an issue at the speeds we are travelling at during the event. This is how the bike will be ridden during the event. Weight can be changed in a matter of minutes, not really required to be fast as there arent pit stops, just want to do some tests on the course the day prior to the event to determine which amount is best. I think the whole 40lbs will be key. Tires may be swapped to larger volume as well. Only time and testing will tell! I am excited to have this bike done, not only will it be running this year, but in future years as well! Which means future testing and tweaking in the future, but I am excited to run it as is this year! 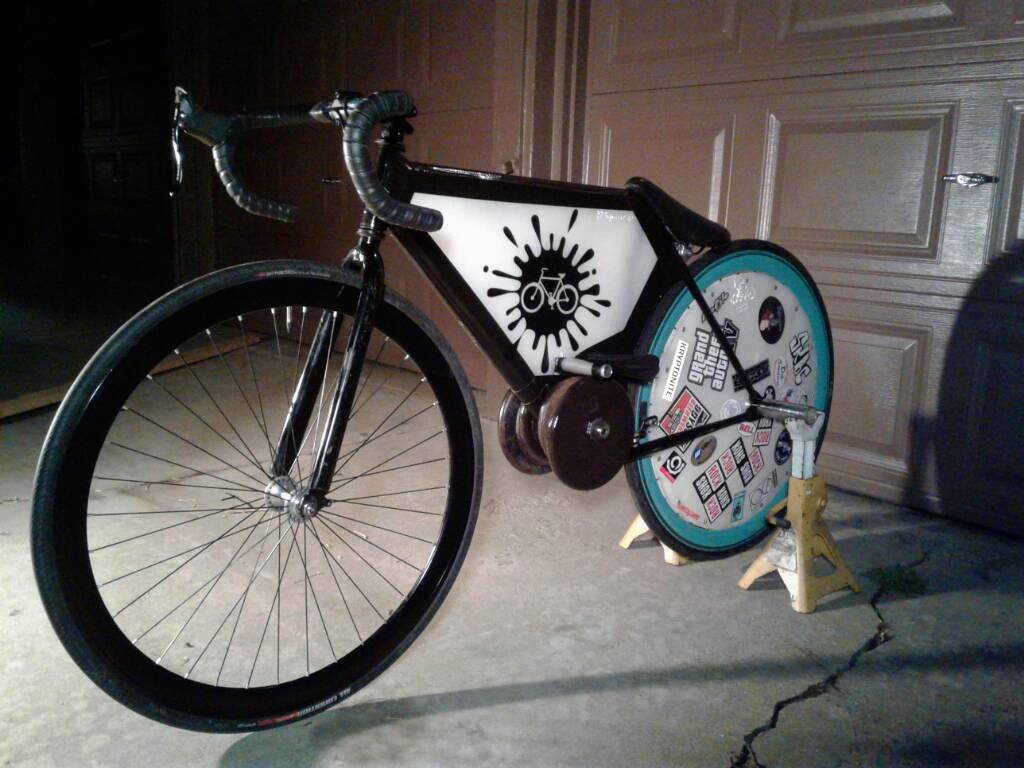 Keep the rubber side down!

This is a beautiful gravity bike brother. A grav bike was actually my first build I hit 43mph on it. It was a flipped Bmx frame, fox front fork and custom knee mounts. Got bored quick though and installed a motor that's where my love of bike building started hahaha. With a motor I hit 53mph with a Bmx rear broke it would take me half a block to stop hahaha. Aptly named it the Death Trap. Your build is gorgeous man excited to see how you do
G