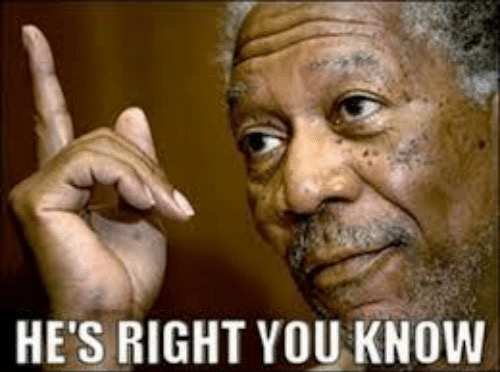 kingfish254 said:
GREAT Build Off everyone. Did we ever get a final tally on how many international (non-US) builders we had this year? It's the most that I can remember in a long time.
Click to expand...

The Renaissance Man said:
First let me say congratulations to @CruJones for the big win with Rocky! Great job!

And thank you to everyone that voted for my RadRot X53!

I had much lower expectations than the 2nd place finish for my bike. Apart from cleaning the bike and replacing the wheels and tires, most of the work was not evident unless you had followed the build journal. And even if you had followed each entry, things like restoring a rusty chain or straightening a bent fork or even realigning the chain guard are not the things that seperate one bike from any other in the same way that 'Rocky' did. Yet in the end almost 50% of the voters cast one of their votes for it. So what did seperate it from the majority of others? I can't say for certain but I have my own theories.

This contest is visual. It is about artistic expression and design and bicycles are the medium. In the end when faced with deciding on how each individual devides their votes [no matter how many], it is based on the visual gratification that they discern. (By the way, the photograph also plays a big part in this.) Everyone has their own ideas about what looks pleasing but there are certain design principals that transend opinion. There are whole fields of study on things like the golden ratio and fibonocci numbers, etc. that help to explain why certain things 'feel' pleasing while other things do not.

So it is my opinion that even though I played a very small part in making my bike appealing with a couple of modern touches, and adding a couple of things that make you feel nostalgic, the real reason that it placed high in the voting total was due to the original design by a celebrated designer in the 1950s and the warmth of the faded and rusted finish that only time can produce. Therefore the second place award for the X53 actually goes to the late Viktor Schreckengost (Murray-Ohio’s chief bicycle designer) and Mother Nature. I'm just happy to be the current steward of such an iconic bike!

My first build was an X-53 dug up at a junkyard back in the 70's. It was a girl's version bike but the springer caught my eye. I wished I could find a boy's version, and yours is a perfect example of what I was looking for. Congrats!
A bike is freedom. Your direction, destination, time, speed, but it's not a freebie, you have to pedal for it.

MattiThundrrr said:
Somebody has to find more votes. There's no way I should be beating these guys. One guy's lunch was better than my thread, for Pete's sake!
Click to expand...

Well, I had to block the 22,800 members all voting for me, just to give everyone else a chance.

Crazy, but a little bit sad. We always see a nice spike in traffic around BO time and a lot of long time members might make their way back or pop their heads in the door. This year we definitely had that and then some. Just not sure how to turn the popularity of the viewing into votes

It's a challenge for sure. I admin on another website that has over 50k members and their monthly contests are sometimes lucky to get 10 votes in total.
LIFE IS SHORT AND HARD.............. LIKE A BODYBUILDING ELF

GeePig said:
Well, I had to block the 22,800 members all voting for me, just to give everyone else a chance.
Click to expand...

The voting numbers for BO16 weren't drastically different from previous years. We've always had swings up and down. Of course the pre-Facebook days where higher because forums in general were still more popular.

MattiThundrrr said:
Somebody has to find more votes. There's no way I should be beating these guys. One guy's lunch was better than my thread, for Pete's sake!
Click to expand...

But I really liked yours, that is a rat rod to me. Board tracker was the early 10 speed of its time. You stay true to your style. You motivated me to build more with that vibe

As the news would say, 'second lowest in recorded history!'.... Bottom line, we need more not less.

RustyGold said:
As the news would say, 'second lowest in recorded history!'.... Bottom line, we need more not less.
Click to expand...

More classes would bring in more builds and more interest. The back yard builders are discouraged by being grouped with those with pro shops and endless amounts of cash. There should be full blown builds and those done with limited resources. RAT ROD style, take what you got and work it over!

Captain Awesome said:
I think the email blast that @Angie started doing with "what's new at RRB" has peaked some interest and maybe brought some folks back that had forgotten they were even registered
Click to expand...

When word hit the street that Matti was building...
Fun has no cost, only worth.

tat_bikes said:
But I really liked yours, that is a rat rod to me. Board tracker was the early 10 speed of its time. You stay true to your style. You motivated me to build more with that vibe
Click to expand...

Lol self deprecating humor is my thing. I like the bike better than I thought I would. I've actually been riding it
Fun has no cost, only worth.

tat_bikes said:
More classes would bring in more builds and more interest.
There should be full blown builds and those done with limited resources. RAT ROD style, take what you got and work it over!
Click to expand...

I was just thinking the same this morning over coffee and MLB highlights from last night's games. Was there not a time or place online where a monetary limit was in place for something similar to the RRB BOs? I don't feel the need for more classes beyond a limited monetary means class though. Dean Dean's Mountain Machine cost me about $150 out of pocket, mostly using parts I have owned/ridden for at least ten years.
The View From My Proverbial Window

I bought a handlebar, and nuts n bolts for GFA. Spent more on tools and paint than on the build! First time I've been able to do a whole bike outta the accumulated hoard.
As for more classes, it almost feels like we could use a "powered bike" class, it's a completely different animal.
Fun has no cost, only worth.

Hey
Don’t sell yourself short.
While it was a cool design and well built, it was just another “old bike”, something many would just trash. You saved it with those minor straightenings and fixings etc. and tweaked it into something cooler than it was with an entertaining build journal.
we obviously liked it. I bet the original designer would approve as well.

I like the idea of more classes as well. A motorized class would be fun, more up my alley. Also a true rat rod class using nothing but used parts, with the exception of new tires and tubes. Build it anyway you want, stock, modified, or all out butchered as long as you build it and not farm it out to some shop to have it done.
I also think everyone should have three votes, 1st, 2nd and 3rd. With only 144 people voting, it shouldn’t be that hard to tabulate.

As a newbie - only two BO's and still single digit builds overall - I'm a way different class of builder than the guys who weld and work on cars. I also try to keep my budget as low as humanly possible (I have a serious guitar and tattoo habit and save my money for that). I like the idea of having three spending limit classes:
Found Only Class - $0 per part
Low budget Class - $75 per part limit (you guys tell me if that's an unreasonable price point but thats the idea)
Sky High Class - No budget limits

And I also like the idea of having a skill level classes:
Pro-style class - welding, hired out paint jobs, etc.
Amateur-style class - no welding, self-done paint, etc.

And maybe even a Theme Class. Not any specific theme but the bike has to have a defined theme like from this year we had Old News, CycloKiller and 53 Shelby. OR... maybe there IS a specific theme class, this year the theme is: space travel, dinosaurs, time, or music. Who knows!

Price is an interesting one, because how much and what you get for your money depends on where you are - in a city near a bike coop, in rural areas, in the USA or in Poland. So here in rural Poland I am putting together a stock of cardboard, fencepost metalwork and old barn door hinges ready for my next build, rather than planning on using the internet for supplies. $75 would be 300 zloty for me, a very comfortable budget.

I like the idea of a powered class, and I would like to encorage people being more adventurous in the type of frame they choose, both of which might go in hand-in-hand as many electric bikes these days are not cruisers presumably because they address a different market.

I agree that fab needs to be separated out or at least excluded from the current class 1. Truly a bolt on/stick on/recover/reuse type affair. Class 2 as it is now is where the fab work (welding and machining) needs to reside. Even some of the class 1 fab as minor as it is, has been, gets questioned from time to time. I'll use myself as an example from last year's build. My custom-built seatpost was definitely out there on the edge beyond what anyone without access to machining or TIG welding equipment would do. Looking back on it it was a poor choice because it just wasn't within the spirit of class 1 IMHO. Although the way the rules are written for extensive frame and fork mods for class 2 it just bridges that gap when you start talking about accessories. Everyone is at a different skill level and has access to different levels of tooling and equipment

We discussed a powered class before this buildoff got underway. Gas, electric, whatever. Right at the beginning of this very thread
LIFE IS SHORT AND HARD.............. LIKE A BODYBUILDING ELF