Hey everyone, here's my entry for this winters build off. I've already started building but forgot to create the thread sorry :/

My goal here is just to ry out new techniques and new styles I haven't already messed with. I apologize in advance as the bike will surely not be finished by the end date because I have to balance school and personal projects.
It all begun late december when I got the first parts : A set of 26" rims, 80 and 100mm. I started the build at the beginning of january. 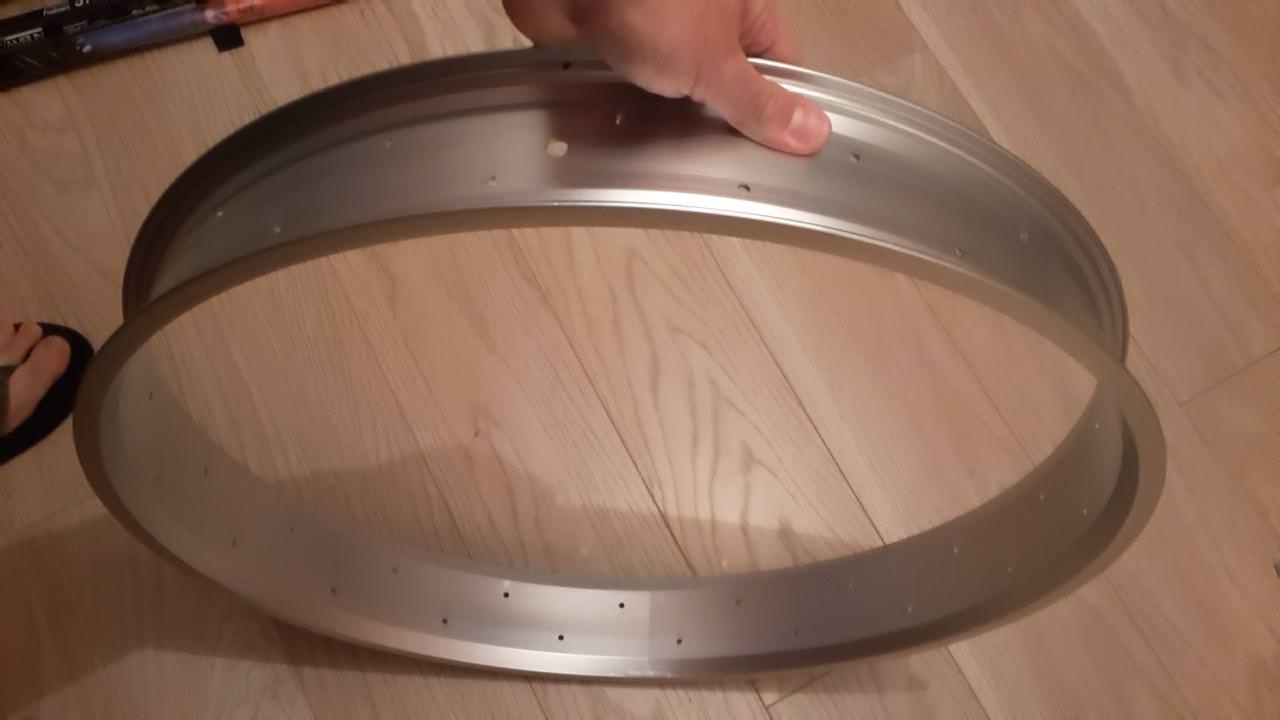 I then did a basic skecth of what I wanted the bike to look like. 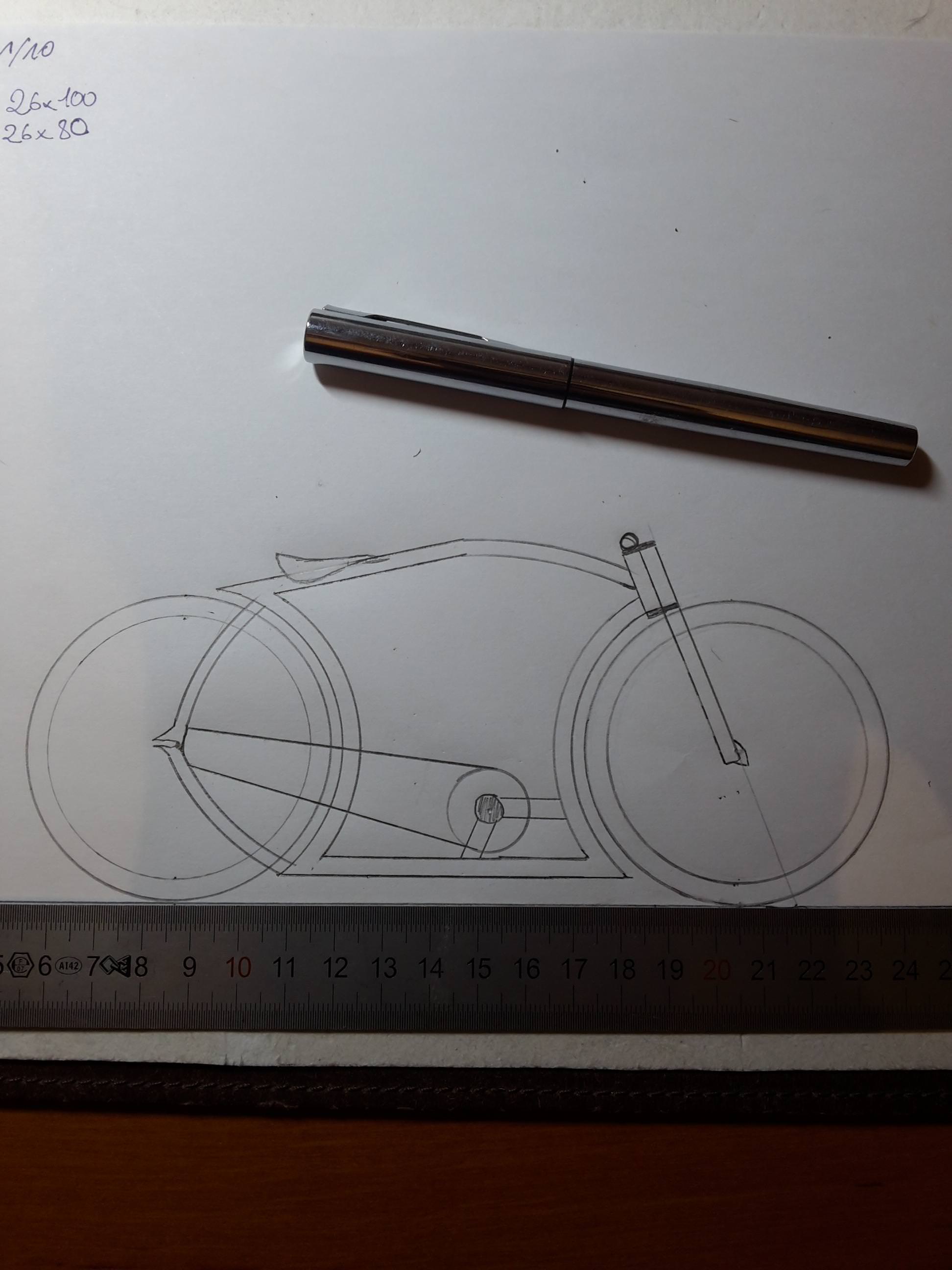 Before building I knew I wanted to paint something inside the barrel. 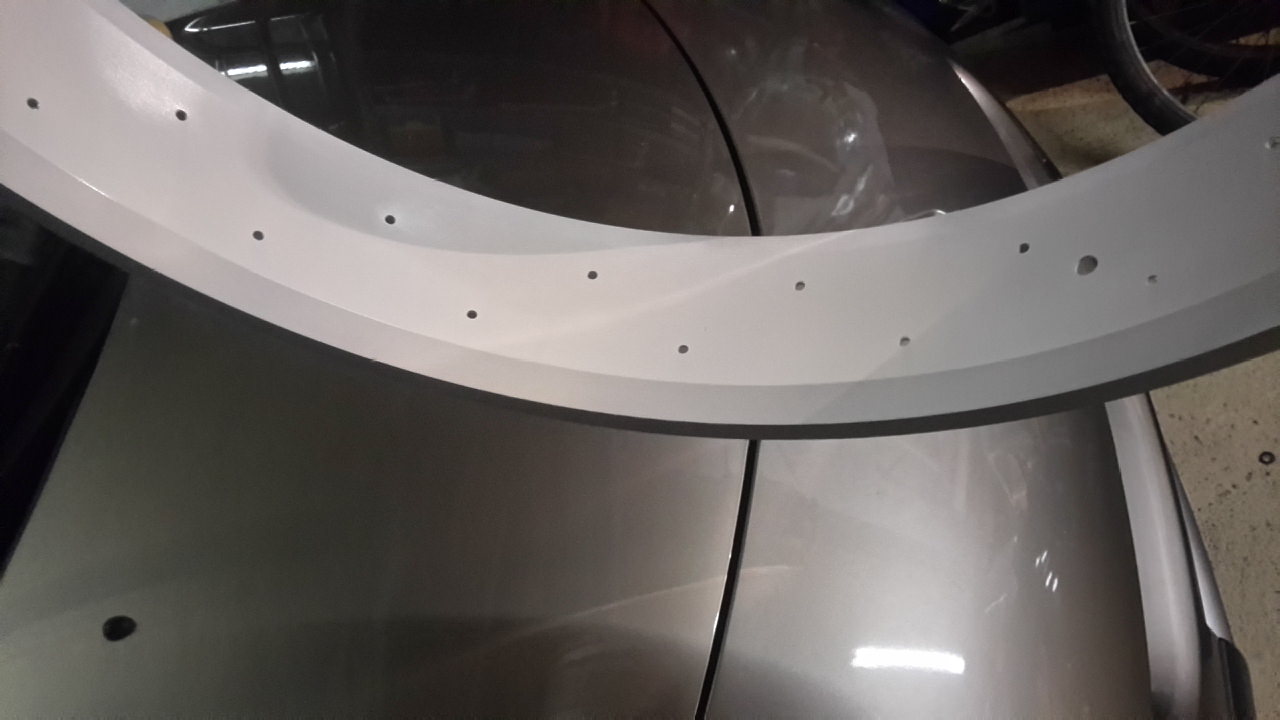 I then made a stencil and srayed on the logo 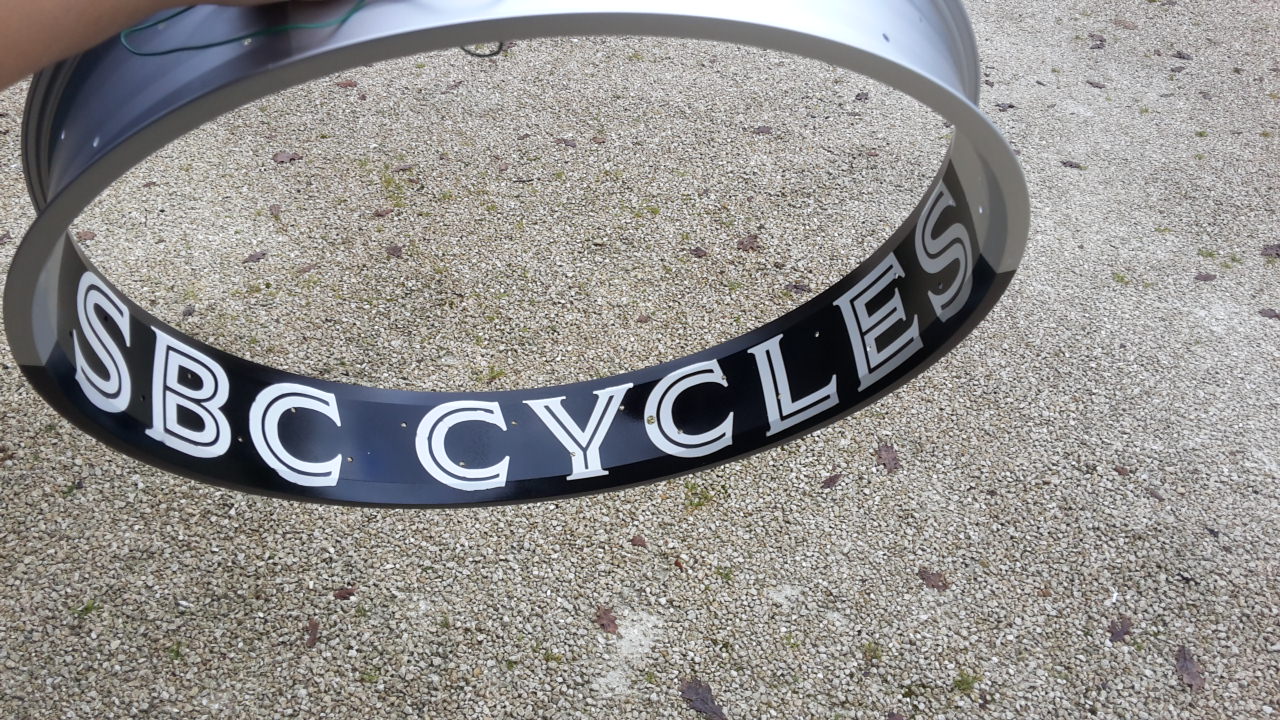 At least it was time to build the wheels. 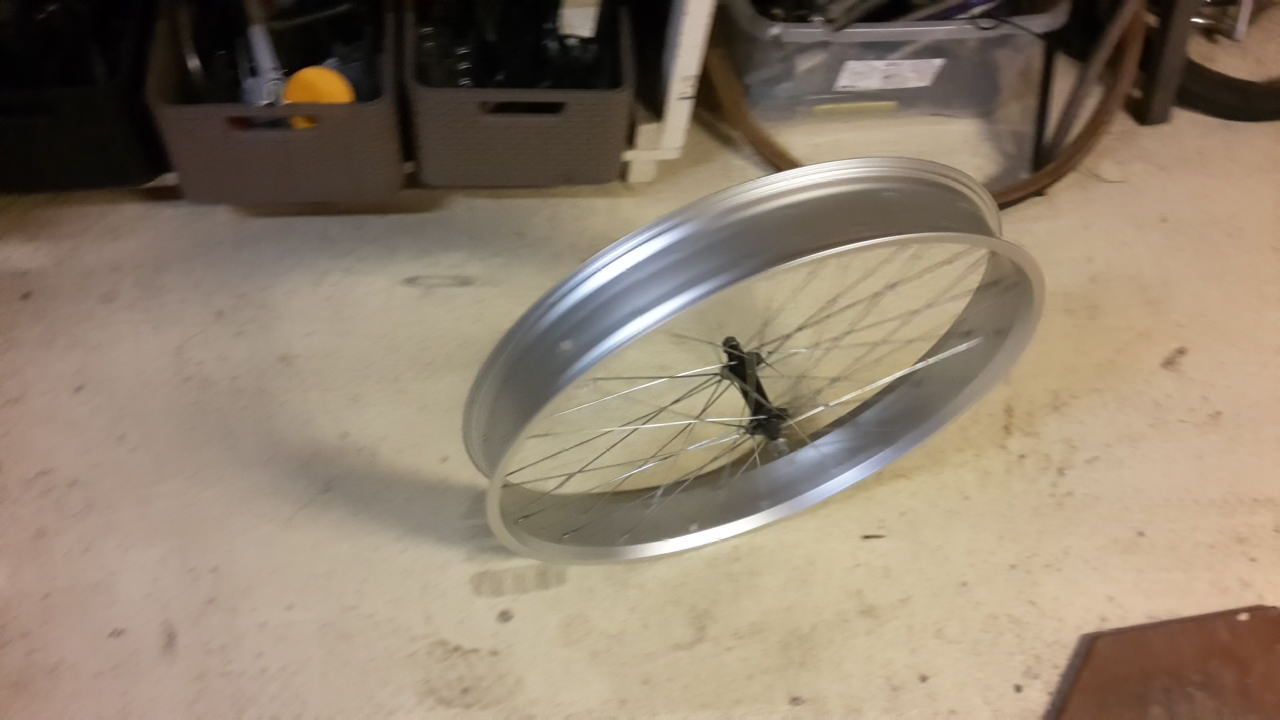 I bought an old felt fork from a friend that's gonna get shortened. 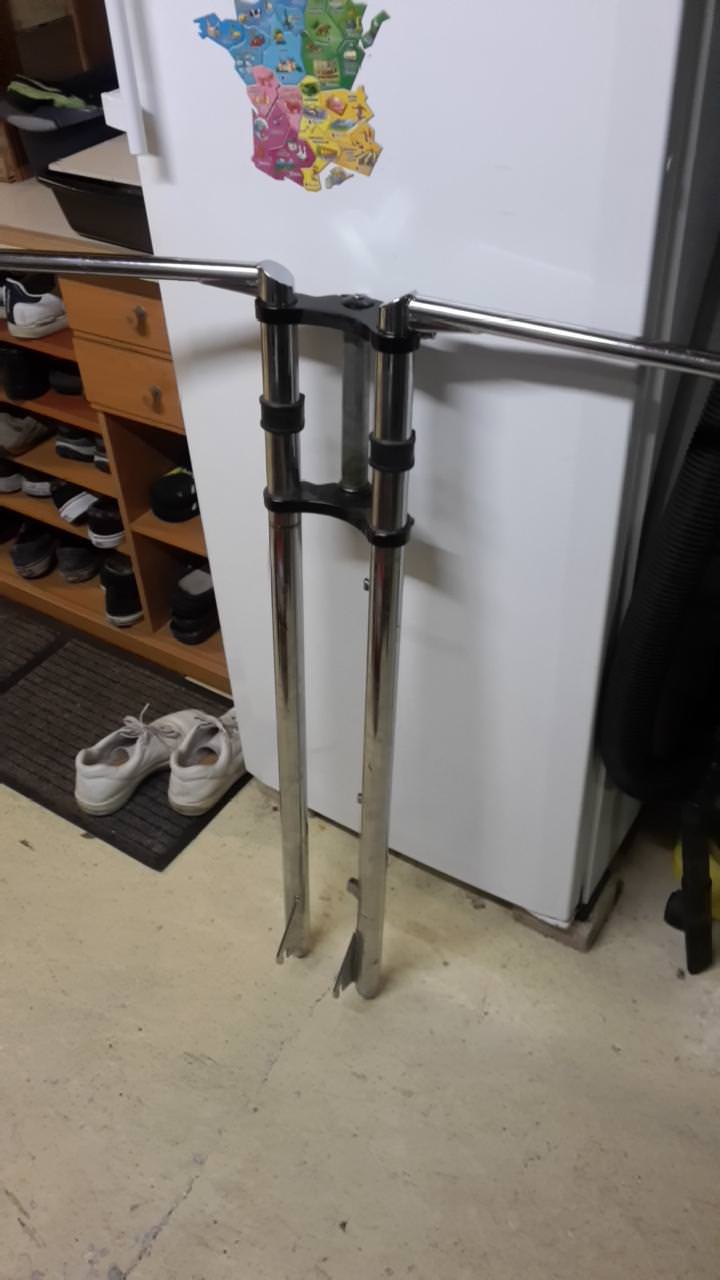 I made a lifesize model on the only piece of cardboard I had that was big enough. 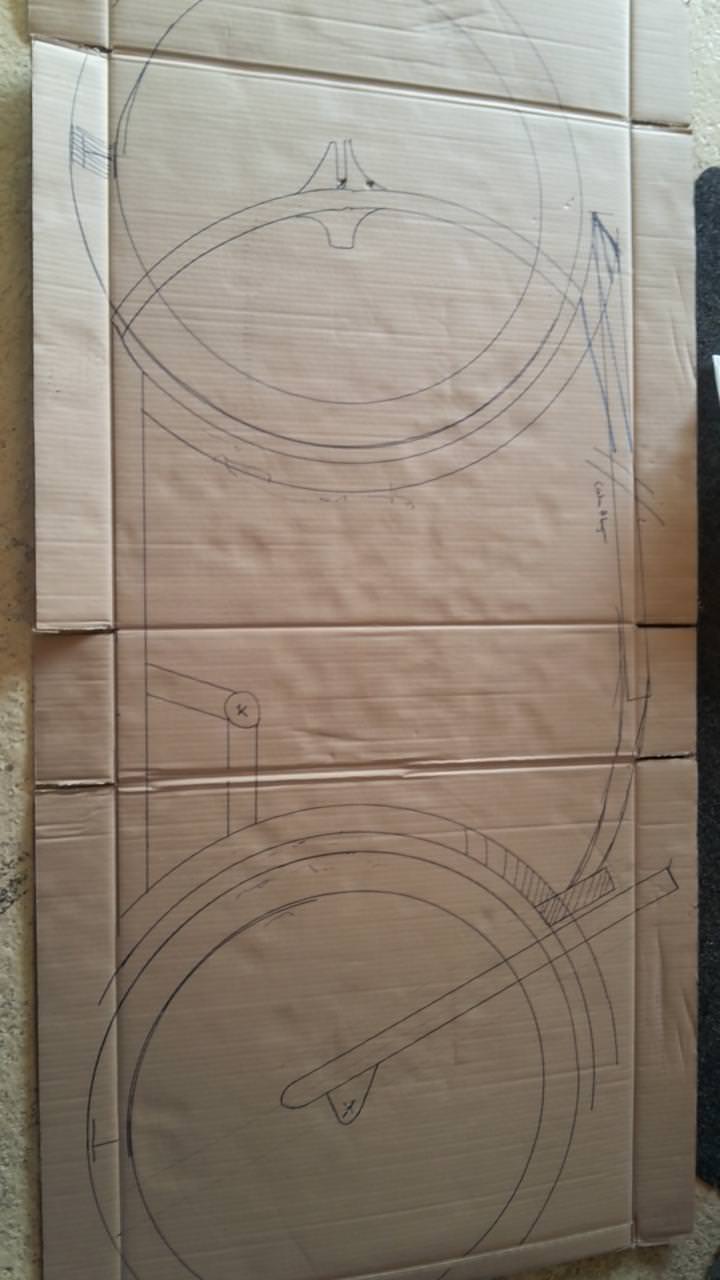 My friends got me a tube kinker for my birthday. My dad doesn't want it to stay in the garage so I keep it in the shed most of the time. 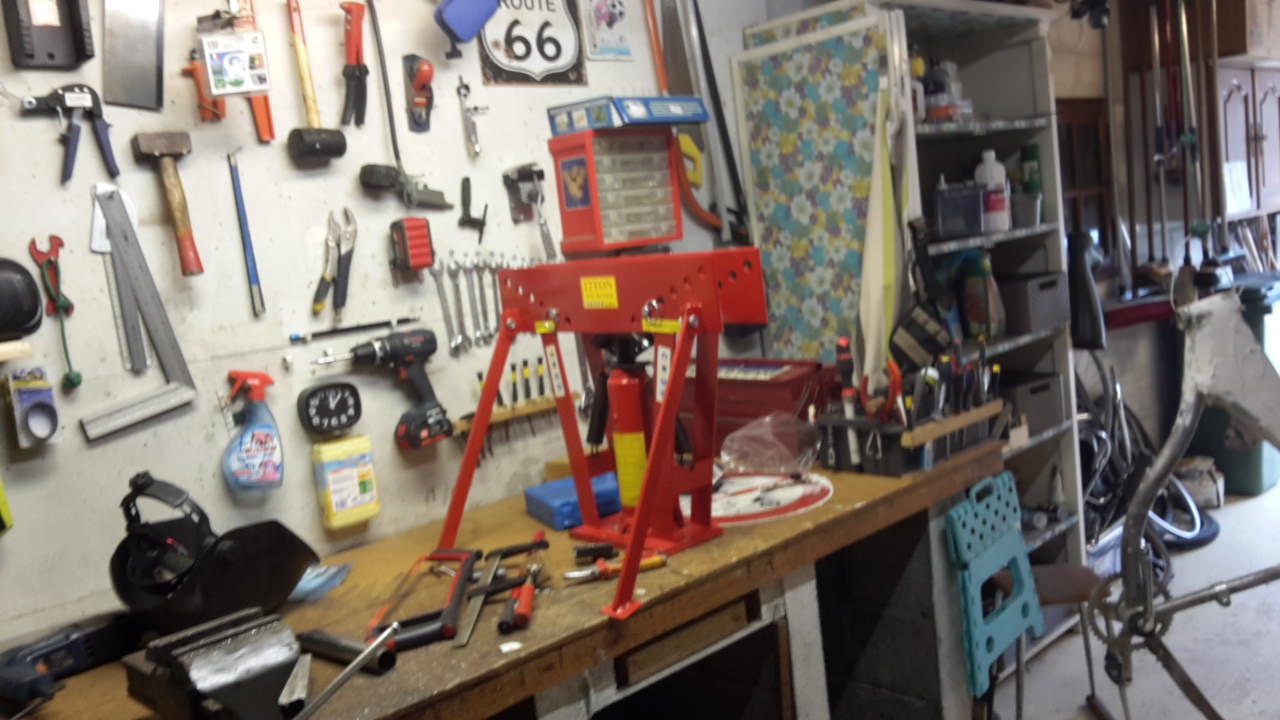 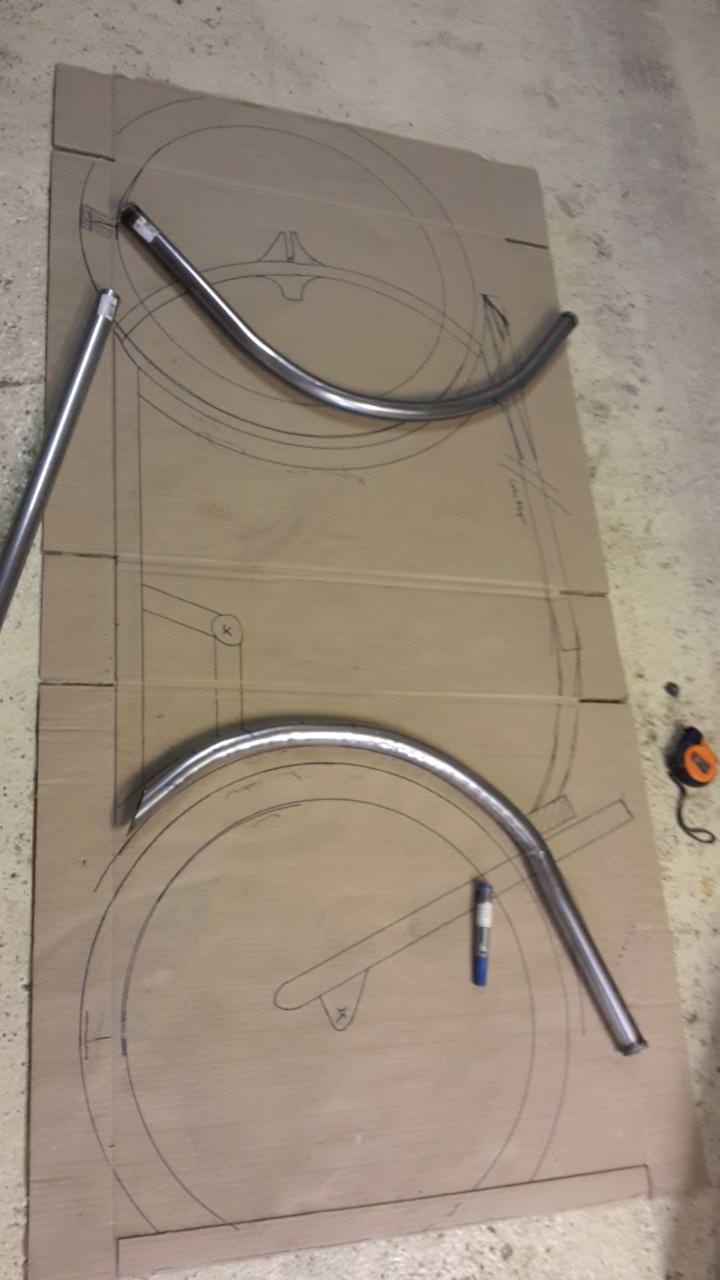 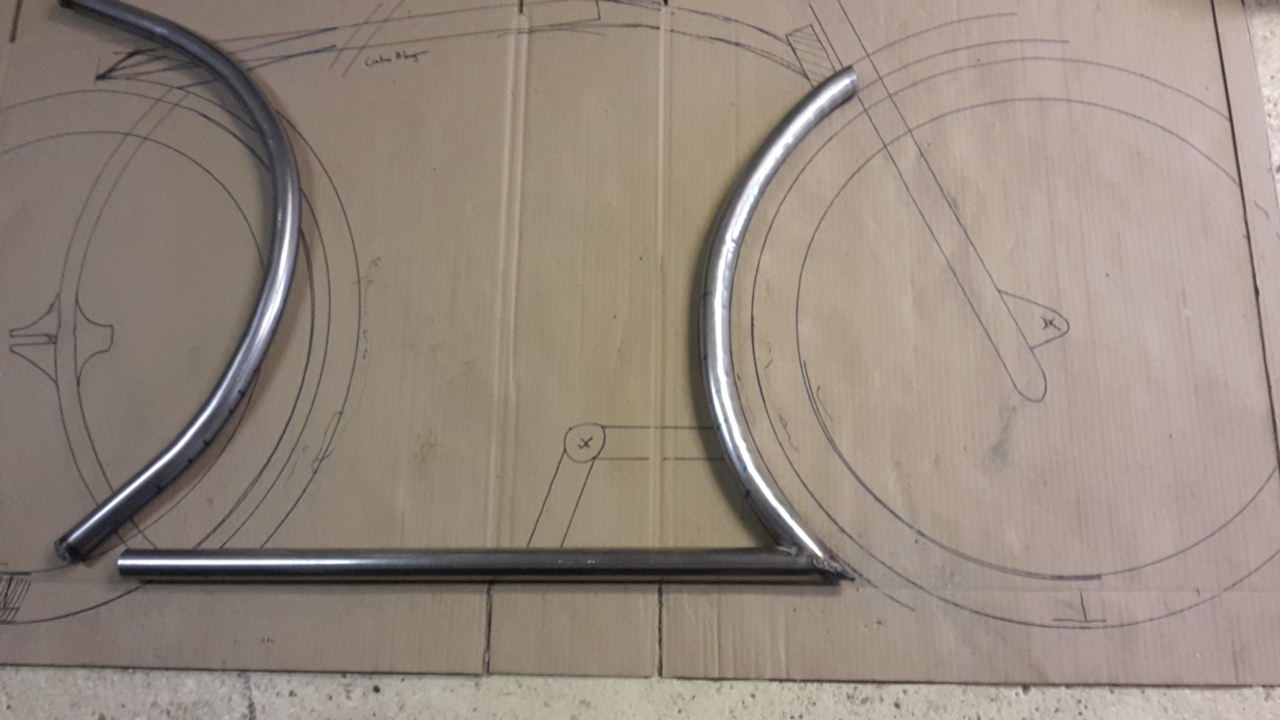 Frame taking shape. had a lot of trouble getting good cuts with my .... angle grinder 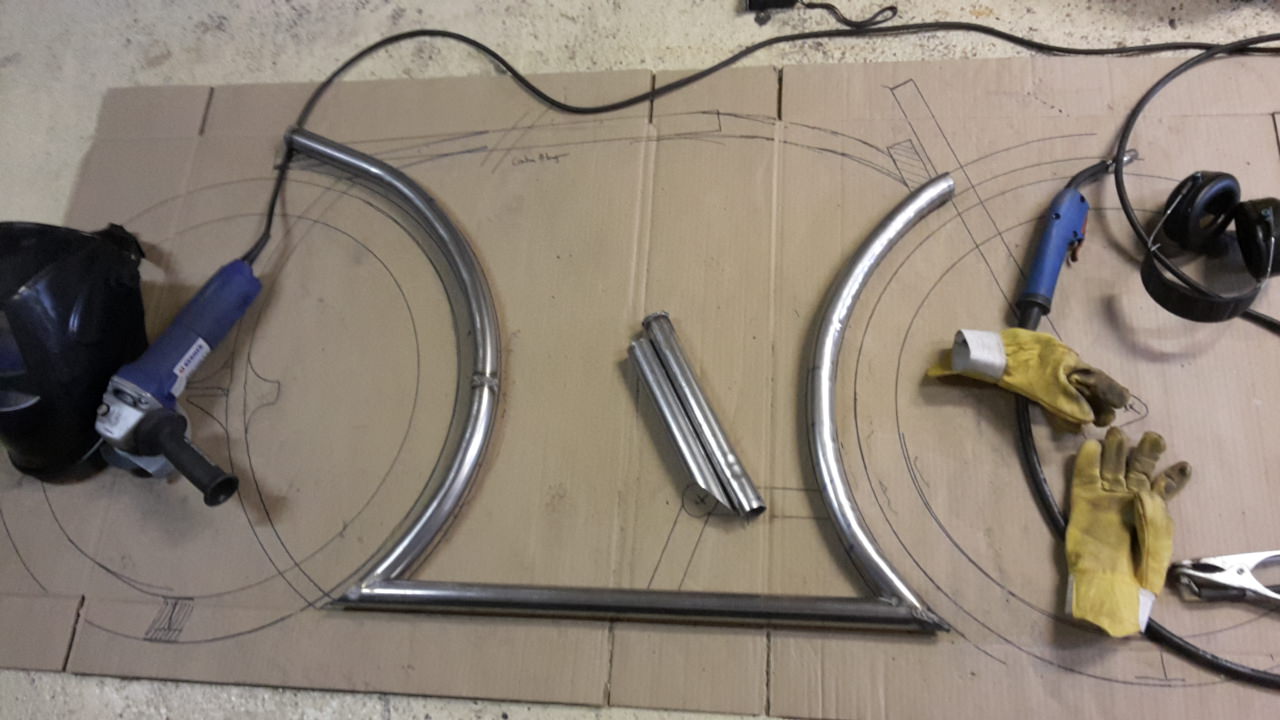 Frame tacked up and almost true. I kept this buimd personnal by using my bmx I had in middle school as a parts donor. Here we habe the bb and headtube in place. 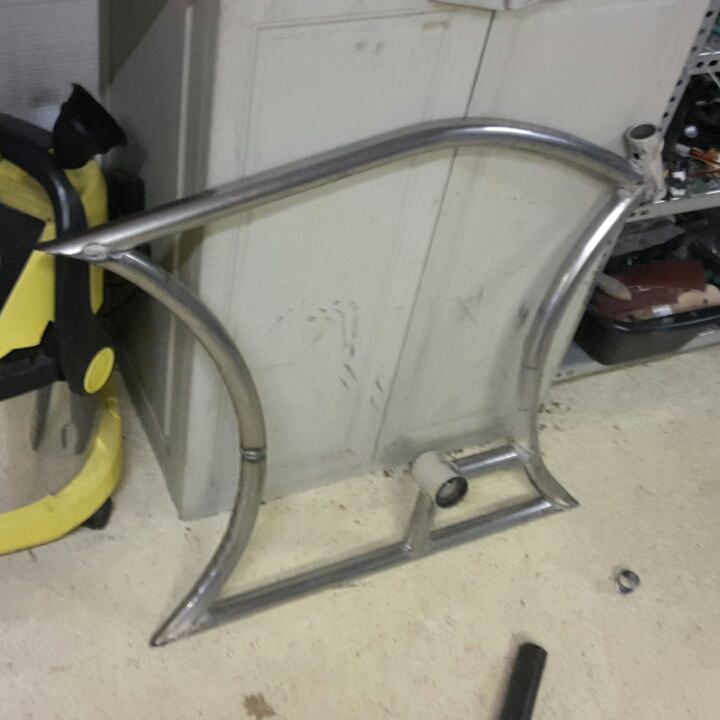 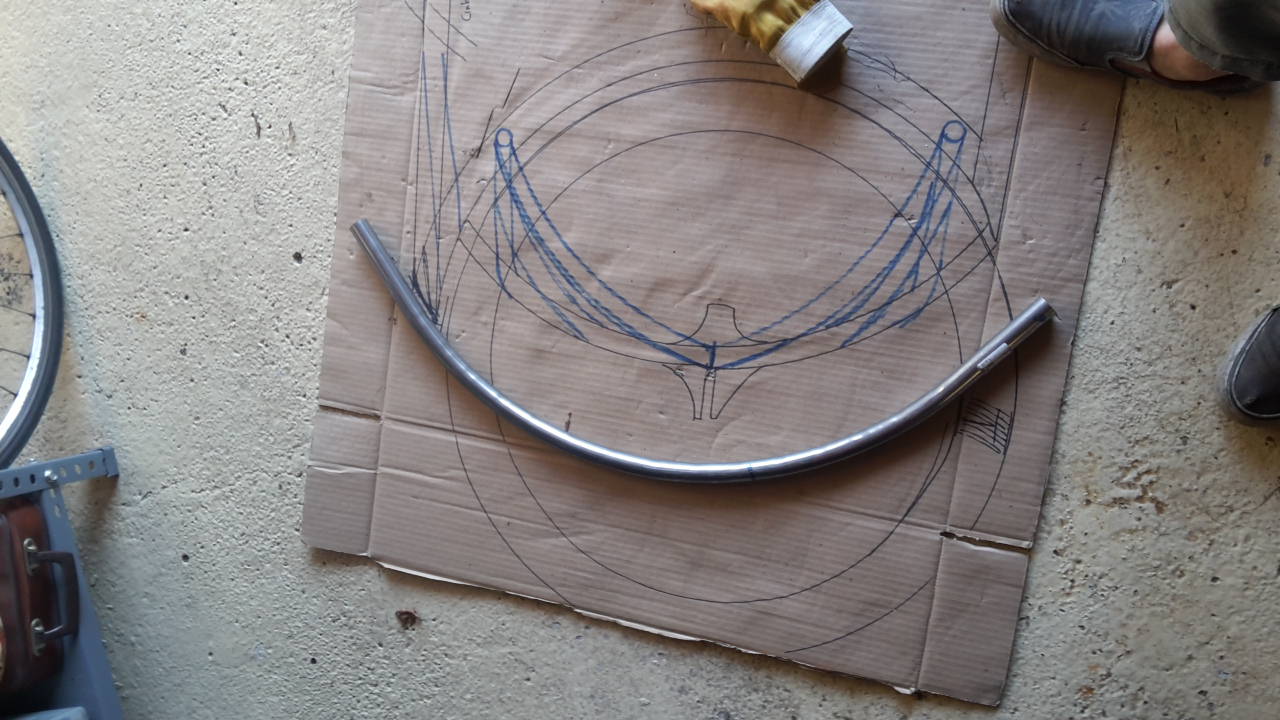 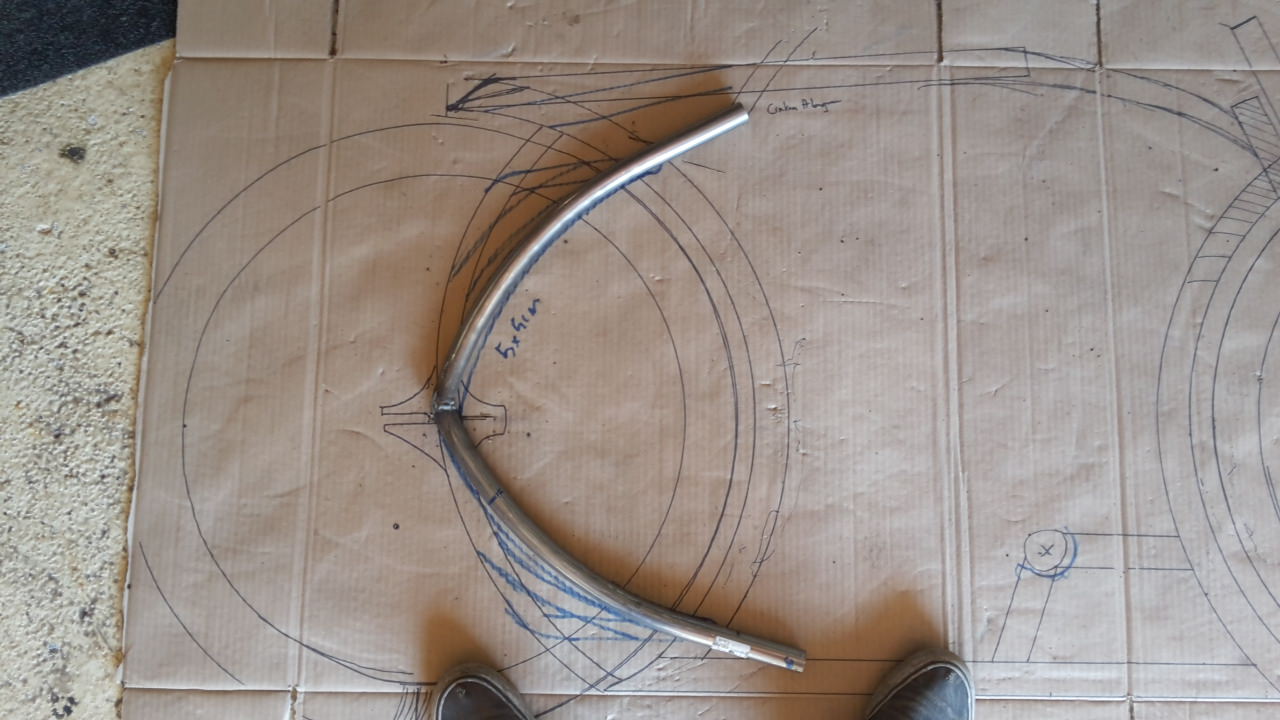 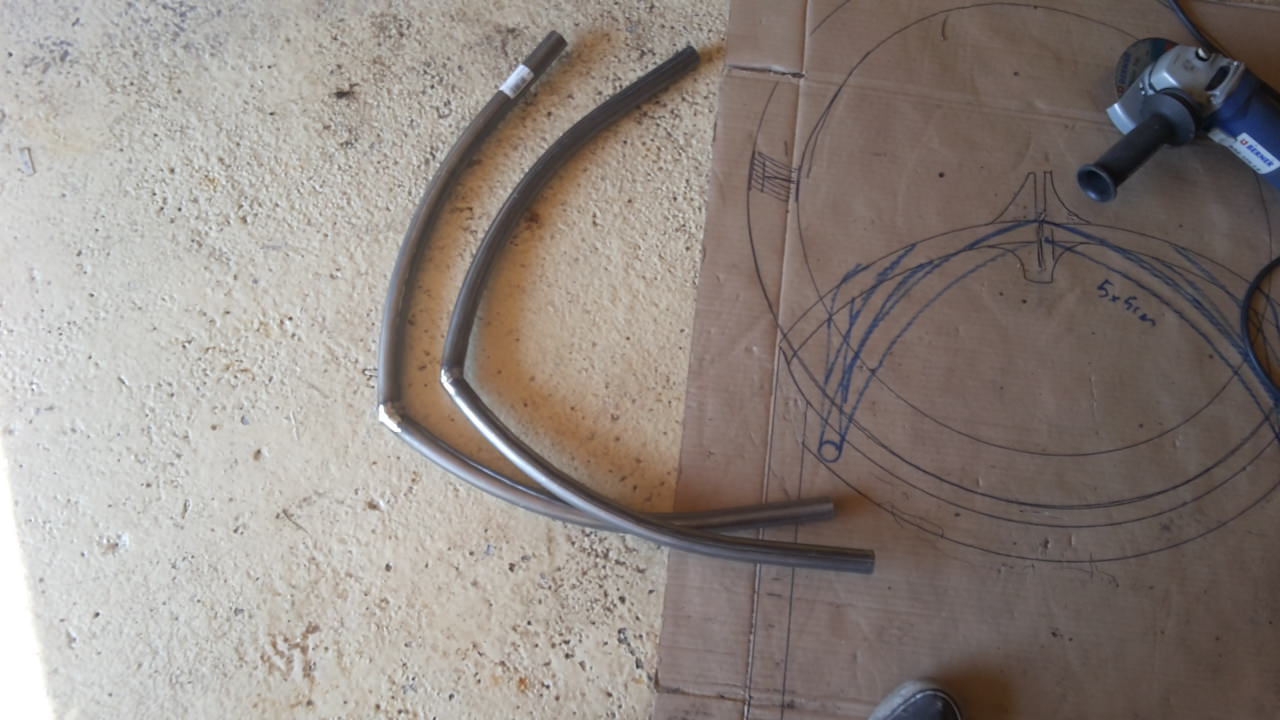 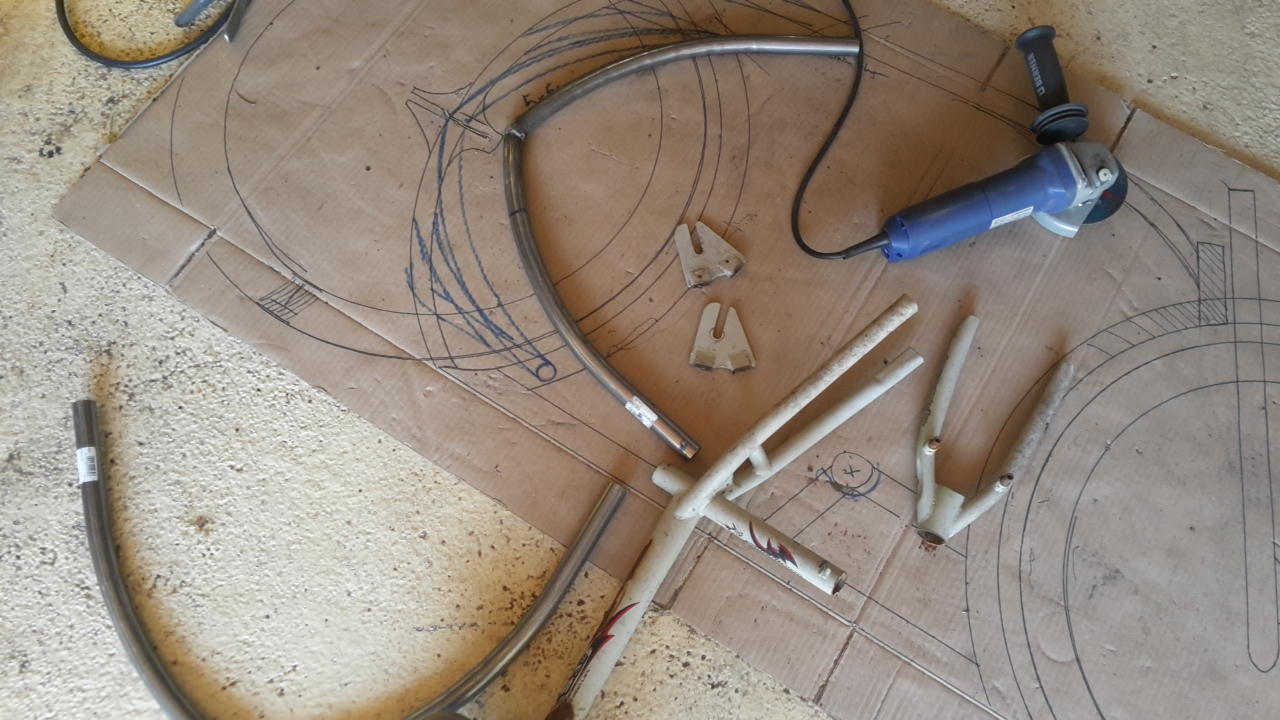 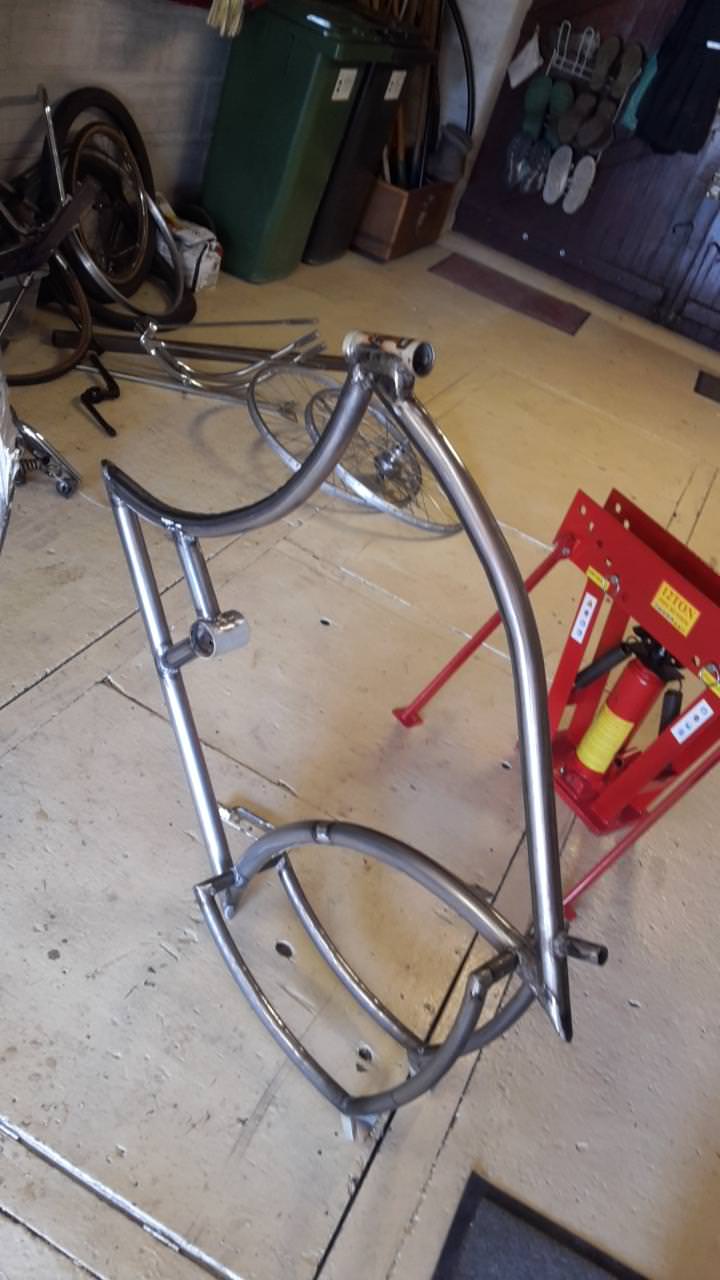 It was now time for some rattlecan primer and test build. I will choose paint later on, also grind down all the excess metal in some areas. I also need to order a new chainring and get bearings for the whole bike. I cut up the forks and added the brooks saddle I had laying around. The tires are 26x3 and 2.35 strectched up on the rims. 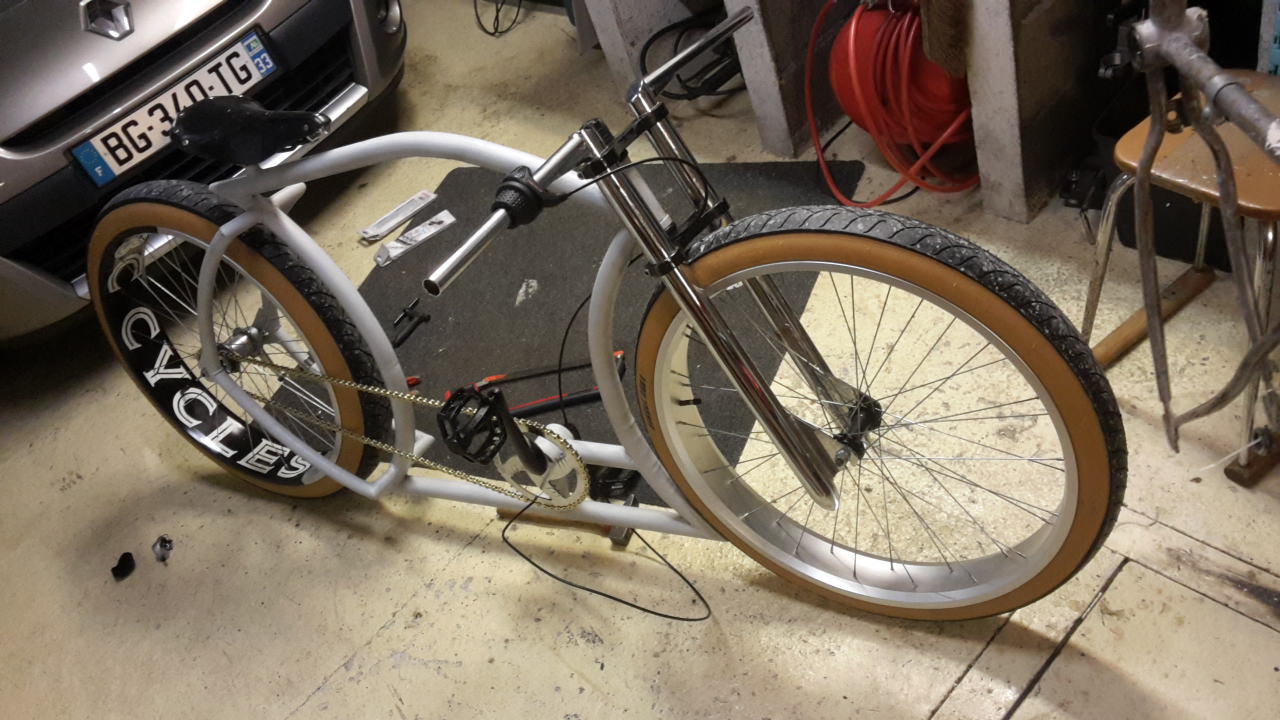 I drilled the frame for internal routing and started removing the paint on the side of the rim. I respaced the nexus hub for the 100mm rim to clear. 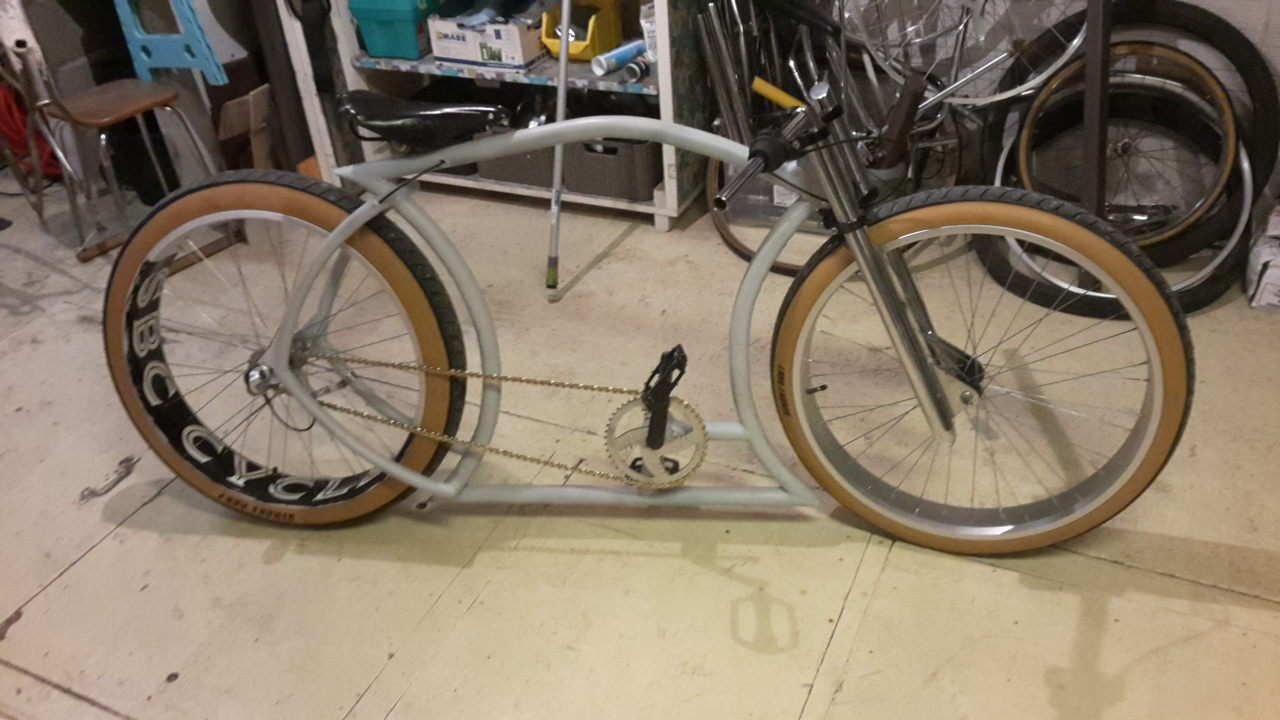 Missing the grips and saddle at the moment. 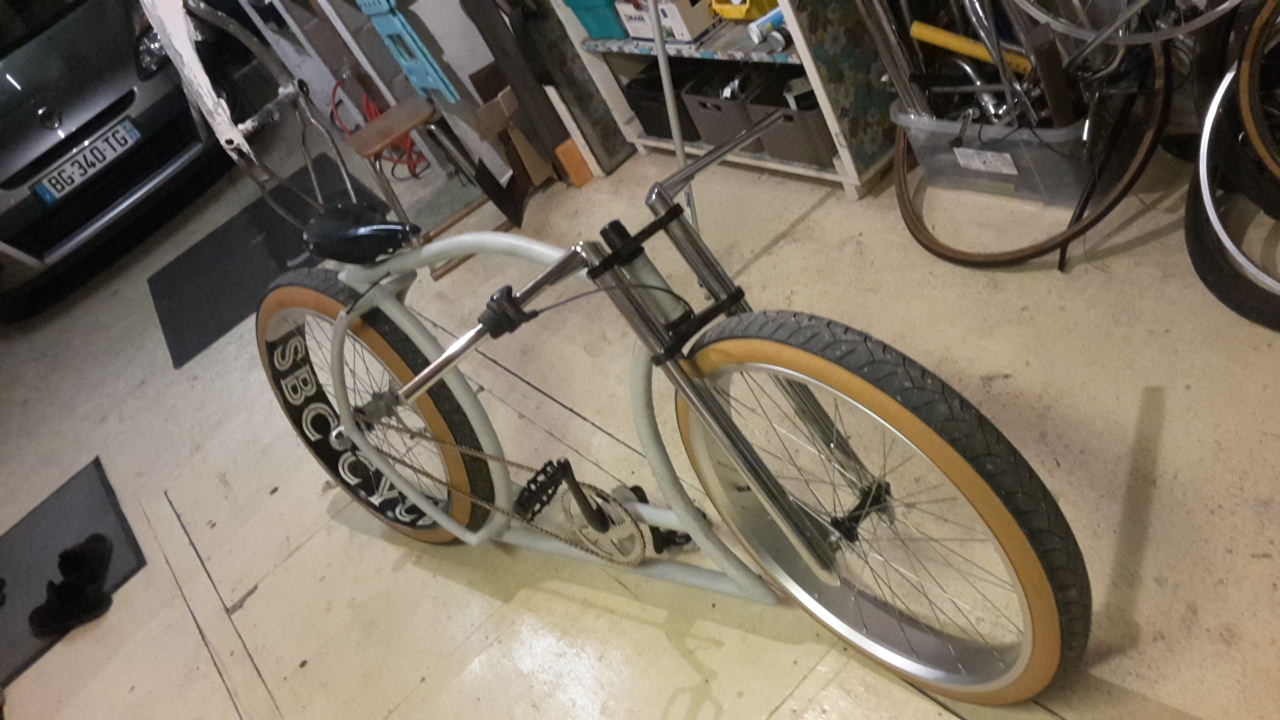 SNOW!!! It hasn't snowed here for at least 5 years! 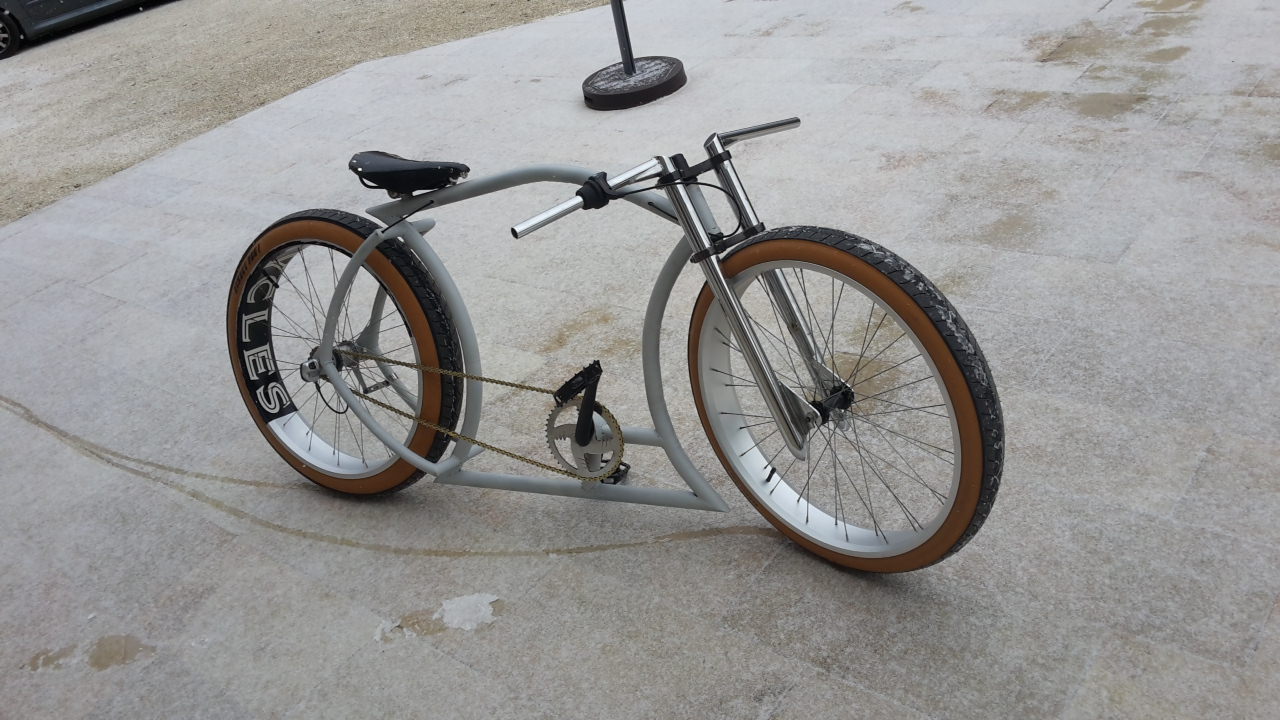 There you have the log for the past two months. What's happening next? Missing parts mostly. I will strip down the frame, correct all of the mistakes I've made, smoothout all the welds, prep and paint when money comes by.

Thank you for reading, watch for updates, will post them in this thread!
"Ride it like you stole it"

Those bends could not have been easy with the hydraulic bender you used! Really like the design.

tjwilson said:
Those bends could not have been easy with the hydraulic bender you used! Really like the design.
Click to expand...


It was my first time bending tubes. I went trough 4 meters of tubing before having even a decent bend. And up close it stills looks awful.
"Ride it like you stole it"

Looks good, I like the lines!
Ask me about TRM Convertible Tanks!​


SuperNiac said:
... And up close it stills looks awful.
Click to expand...

I bend with a conduit bender... and take pics from a distance!

Looks good to me!
For the Inspiriation, the Restoration, the Motivation,
Thank You Rat Rod Bikes.

Excellent. Looks like a snowmobile... Reverse and forwards...
Like the whole design.
'Build it, and they will roll' - Check out my WBO-2015 thread - 1910 INDIAN BOARD TRACK
http://www.ratrodbikes.com/forum/index.php?threads/wbo2015-1910-indian-board-track-replica.89167/ -Built by a Girrrrrrrrl.

kingfish254 said:
Sweet lines to this.
What is that you are using for handlebars? Did you weld that up?
Click to expand...

Hey everybody, this is just a message to say I have to give up this build off. I need some time off for personal reasons and will not have time/faith to finish the bike. I'll probably come back to it at some point but for right now I'm leaving it like this. I want to says sorry to all of you who took interest in this bike. I'll leave the thread up for now. Thank you for reading and good luck to all the builders.
"Ride it like you stole it"

Looking forward to seeing this buttoned up...take it easy!