This is where the build took me, and it's pretty much exactly what I envisioned. Maybe I'm just getting old, but the more I try to ride 20" muscle bikes with my group of bike nerd friends, the more I've been getting into the idea of 26" BMX cruisers. I have a few that have been put together mostly from cantilever frames and castoff MTB parts, but for this build-off I wanted to try to do something a little better engineered, maybe even spend a few bucks on legit parts. (Most of that ended up going on the wheels, as you'll see.)

I've also seen lots of cool Schwinn camelback Speedster builds, and figured the clean lines and lighter weight would make it perfect for what I wanted. So I dismantled the clapped-out Speedster that got me started on camelback frames a few years ago and got to work. Here's the build thread.

Started with this, as found on Craigslist several years ago. The wheels were from something British, I still have them somewhere. The rear is a 40-spoke with a Perry coaster hub.

For a while it looked like this, with a drivetrain scavenged off a 26" Ross, till I found a couple of proper camelback Collegiates to feed my habit. And this is where we are now. These were shot a little earlier in development, but I love these angles. Such a cool transformation. Great work!!

Nice! I like the dual brakes, and how you added just enough 'newness' with the parts mix to that very kool old patina frame.
2019 Builds in RRB Build-Offs:
" Helen Wheels" " Trans-MIG- RaT " " RaTsberry Buffet"

Ditching the chainguard makes a big difference but its always hard to do on Schwinns's since its so tied to the bike identity and graphics.

Pure and clean. Just the way I like them.

i have always liked that frame. i also like what you've done with it, very nice build.

I have a 73 speedster would this work well for a bmx cruiser? 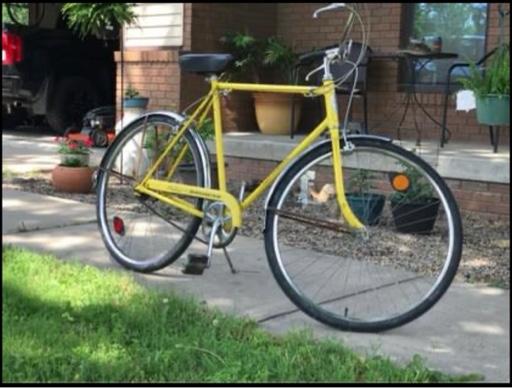 You can “BMX” anything!

A fork, stem and handlebar swap and your set.

You can, but I say run what you have and put a wider tire on it.
I’m not sure about the rear spacing on your bike, it looks like its a 26” wheel and you can for sure fit a 26x1.95 back there. Wider then that I don’t know? 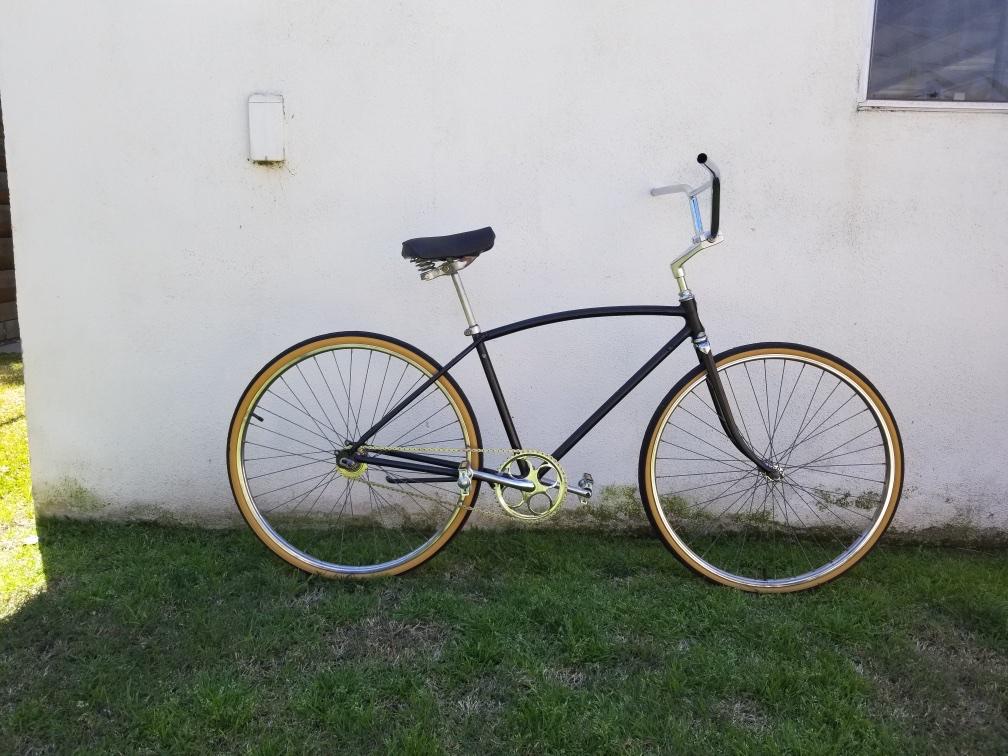 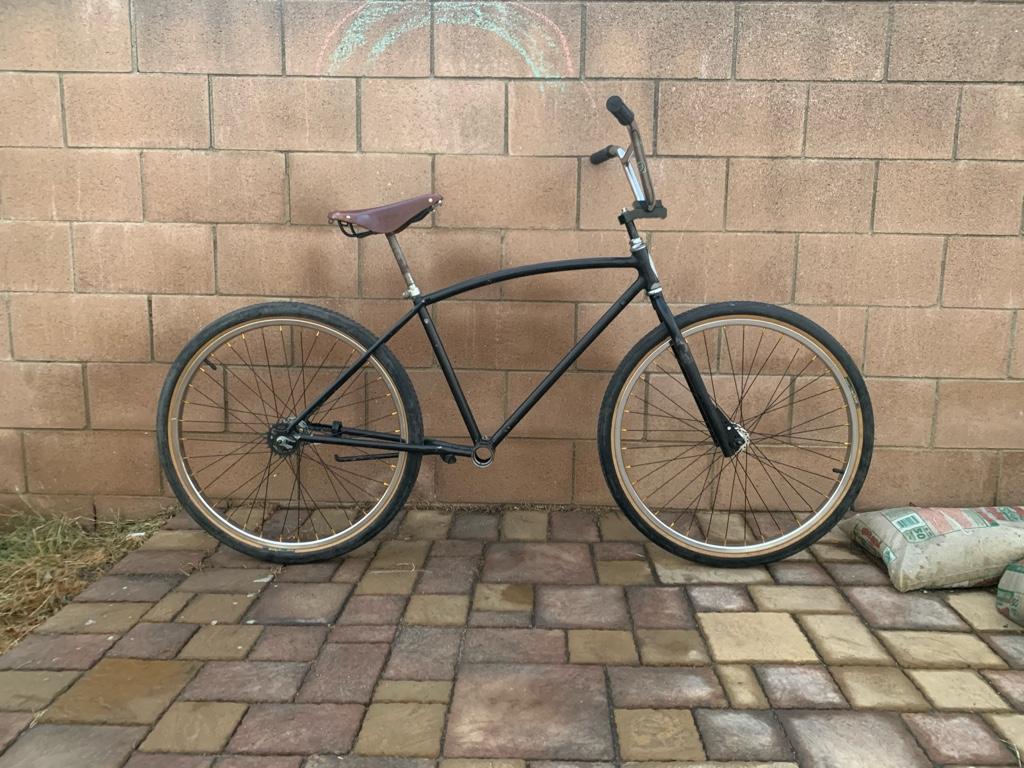 it looks as though I can buy wheels
Using Tapatalk

Great!
If you want to go down the rabbit hole look up vintage 26” BMX cruisers for inspiration.

Make a build thread. That way if you have any questions someone here will have an answer for you.

plymouthrock said:
I have a 73 speedster would this work well for a bmx cruiser?

Sorry, late to this party on my own thread...

That frame could work as a BMX cruiser. It's a Speedster, same as what I started with. It has a couple things going for it. First of all, it's a 3-speed with hand brakes. If it was a single speed coaster, the frame might not have the correct holes to mount caliper brakes. Not insurmountable, but it takes more to make it work than I want to do. Also, it is NOT the Collegiate 5-speed which is similar, but would have wider rear hub spacing. Again, more work to make it all fit right.

Something to be aware of with wheels: yes, your wheels are Schwinn-specific and very limited as to tire sizes, and swapping to a standard 26" MTB type wheel (26x1.75 or 1.95) would give you much more tire size choice. But on this frame, from the research I did asking folks who built them already, 1.95 is about as wide as you can go and still fit between the chainstays, and even at that size you have to have a really straight rim. My bike up above is running 1.75s. When I ordered them I was concerned that they wouldn't look beefy enough, but I was pleasantly surprised when i got them.

Also, swapping to MTB-size wheels will mean you need to get long-reach brakes because the rim diameter is a little smaller. They aren't too hard to find, but just be aware the brakes on the bike now probably won't reach the rims if you switch to MTB-size rims.

This is timely for me... I haven't been on the site in a while, but I am hoping to get back out to the shed soon and start working on turning this into another BMX-ish cruiser to go with the black one. --rick (one of the usual suspects at Retro-Ride Hagerstown)