It has been a great few months, with everything I have done also pushing progress on converting my coalshed into a small workshop - and loving being able to read everything that everyone else has been doing. So here it is, from village trash to international racer, Ten Turing! 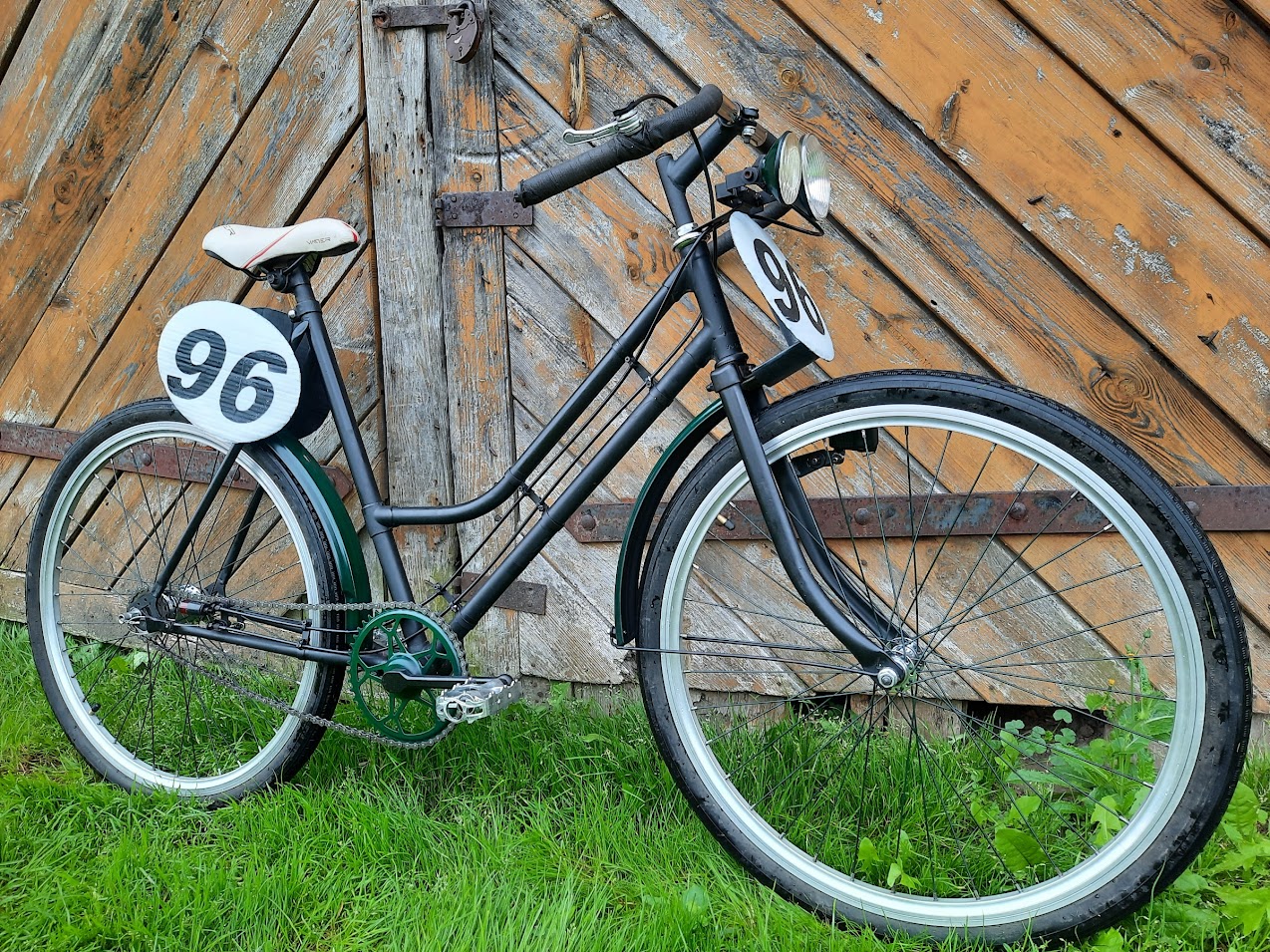 This is about where I started, in a freezing cold coalshed with snow outside, and just a small toolbox. 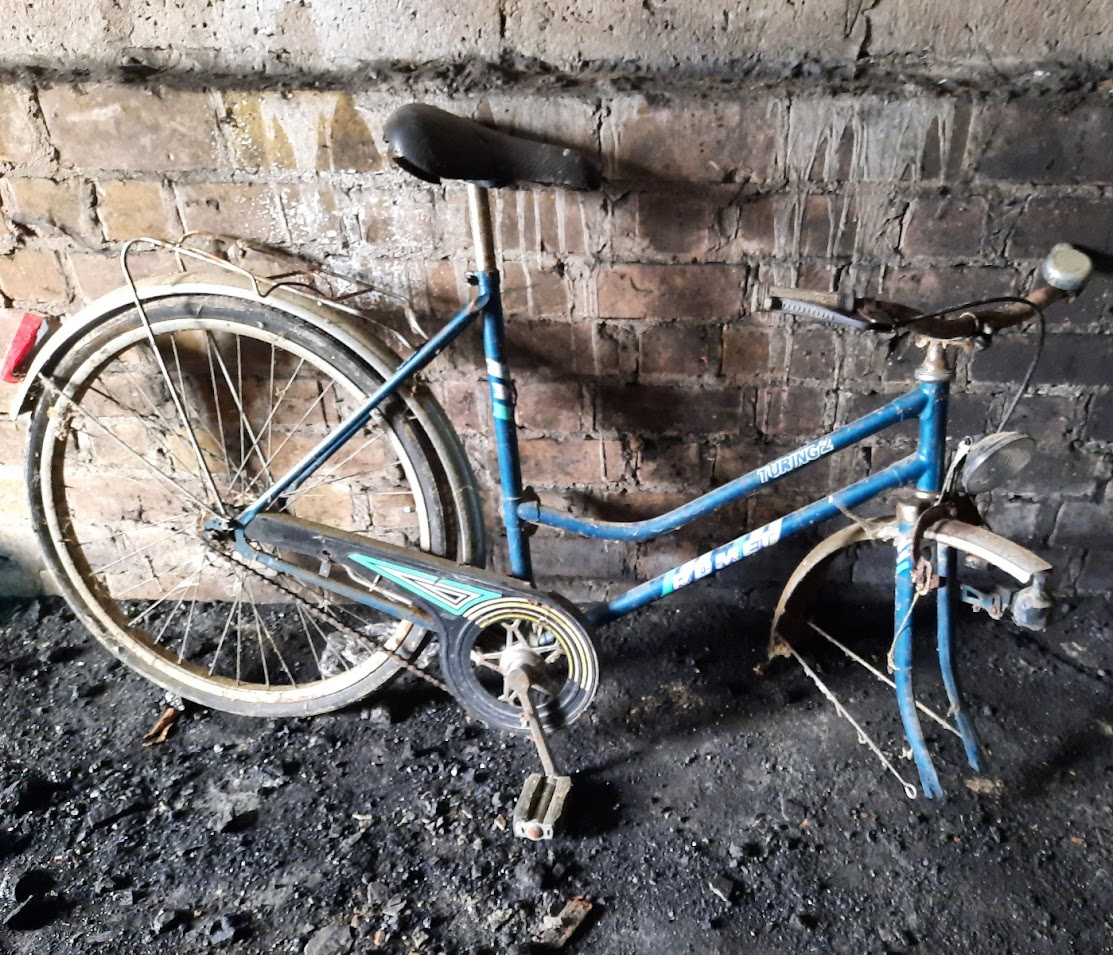 Back then I had to carry it to move it, as the chain and hub were seized. But yesterday I was able to take it for its first ride for many years, the same road it had travelled ever since it was first purchased in 1996. 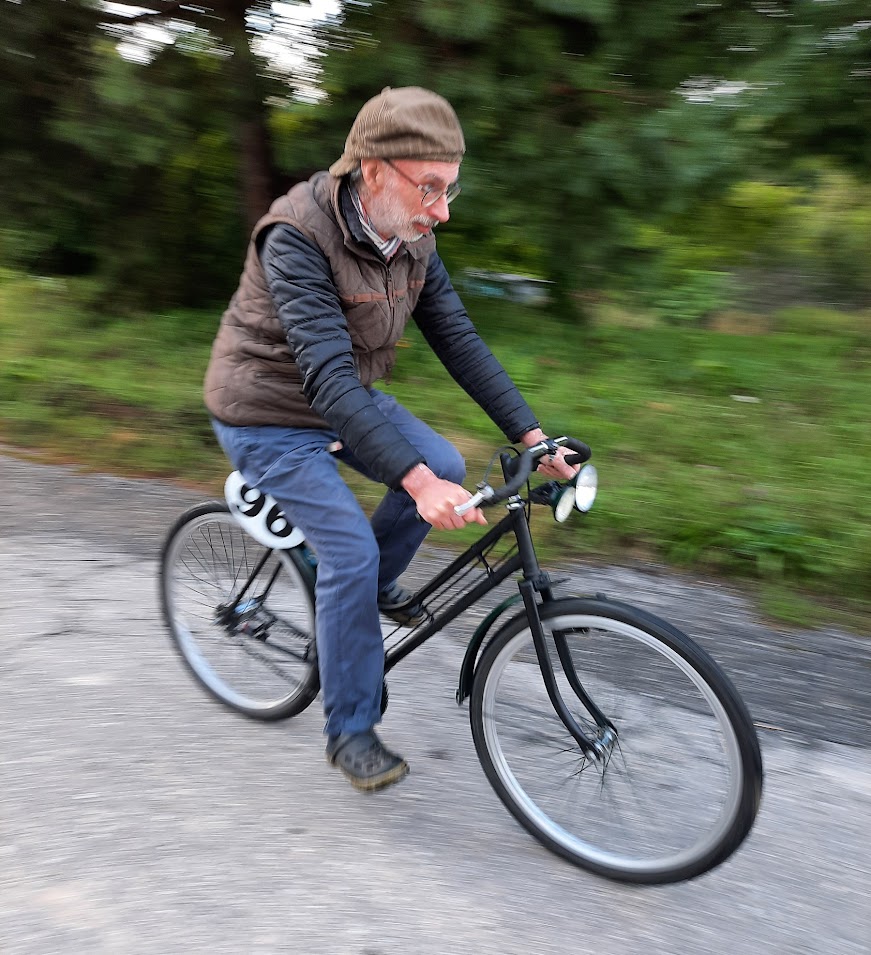 Here are some other shots of the bike - it has been such a rush over the past few days that I have not even had time to explain what I was trying to achieve. 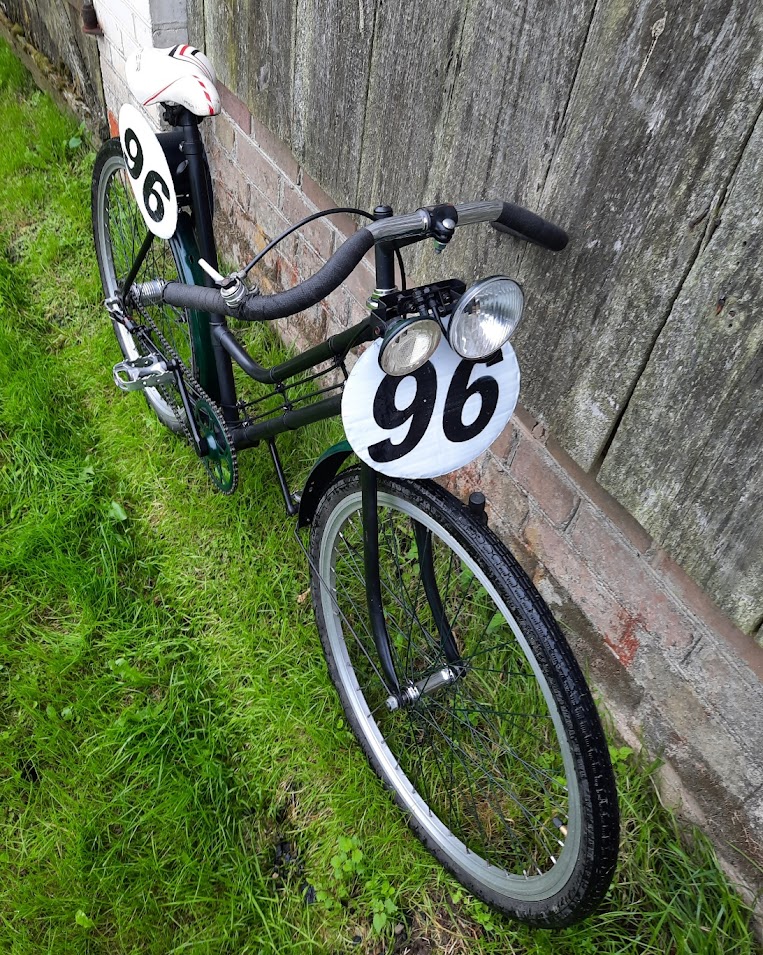 I like my complex engineering to be hidden in plain sight - there, but not there until you need it. 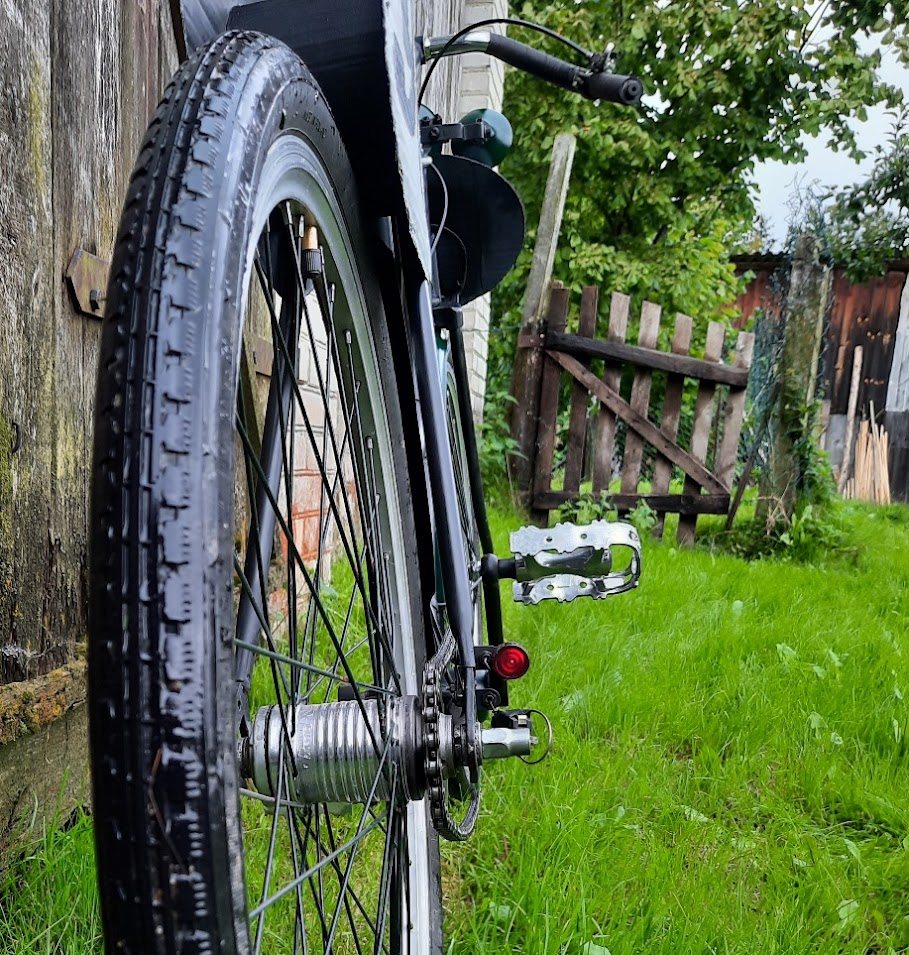 So I really need to tighten the chain a bit, but I also needed to prove that my cable and lighting really were safe under the worst conditions - being munched by the chain or chainwheel at the end of a hard, wet ride. 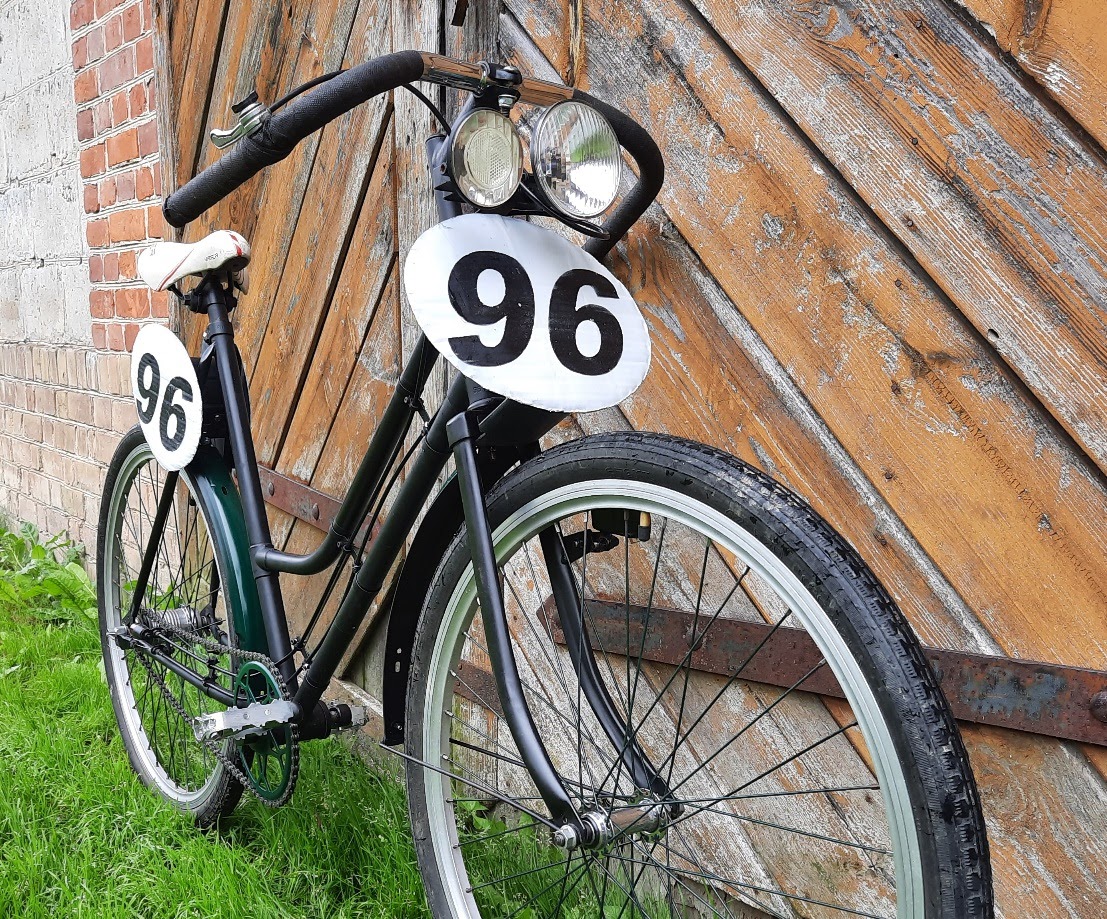 He was known as Cas, just Cas, except to a few who understood that it was short for Casimir, a pointlessly Latinized child of another language, Polish, under which he grew up as Kazimierz, a name of kings. Kazimierz had dreamed of flying, had even made it to university, to ‘read’ engineering as they still called it back in 1938. It was not to be, events took him away from his studies, to be a soldier in a baffling war he did not care to understand, to leave him years later washed up on a foreign shore, far from home, unqualified in anything but how to shoot.

This shore was a northern industrial town in Britain, where just finding work when you fail to fully understand the language among thousands of returning soldiers who did, was difficult. But find work he did, in a factory making the kind of things used in other things, often unrecognisable, built in other similar factories.

Cas had a new dream, one small enough to fit his new circumstances, a former coalshed in the back yard of his small terrace. It was now the 1950s, he had a gas fire to keep his home warm and a gas stove to heat his food, and a freshly vacant, unfreshly grimy space recently emptied of coal that needed little work to make watertight but more to become an adequate work space.

Cas had plenty of time for all of this, and for his project: a racing bicycle that would ride like the wind of his dreams and also win endurance races. Ten Turing or ‘The Tour’.

Money is tight while enthusiasm is not, and Cas has to make good choices in the materials he can turn up at home, work, from his friends and neighbours, and only if all this fails by mail order from distant shops. Reliability, simplicity, cost effectiveness, lightness, performance and availability are all factors he must consider.

The frame looked far from ideal, but it was practical, light and available. A friend of a friend has a geared hub and brake from unquestioned sources, easy to maintain and reliable. The cable housing for the gear cable duplicated, and protected from inside by the electrical wiring, easily removed and repurposed as a replacement for the gears. The fenders protect the chain, but little else, saving weight but mostly minimising the opportunity for failure of easily damaged parts. Even the racing numbers are on cardboard - cheap, light and so readily available at the local corner shop.
In this way Cas’s Coalshed Racer was born, out of darkness and into the light, built solely for one purpose - winning. 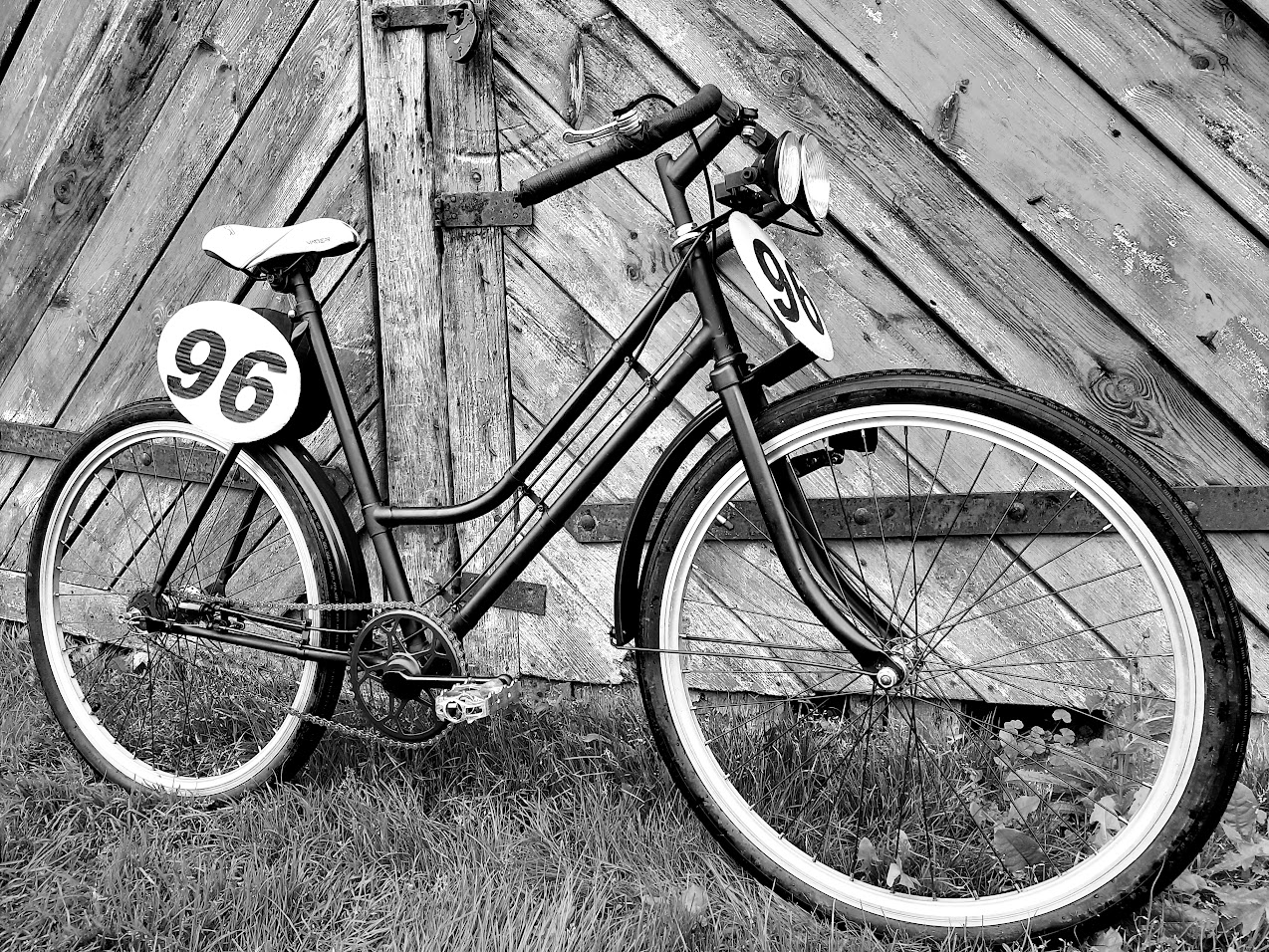 Rad Racer
The View From My Proverbial Window

Your story line has been a joy to follow! The coal shed conversion, and the resurrection of the ratty racer went hand in hand.
Enjoy your rejuvenated ride!
2019 Builds in RRB Build-Offs:
" Helen Wheels" " Trans-MIG- RaT " " RaTsberry Buffet"

OddJob said:
Your story line has been a joy to follow! The coal shed conversion, and the resurrection of the ratty racer went hand in hand.
Enjoy your rejuvenated ride!
Click to expand...

Thanks, I am glad that you enjoyed it. I had hoped to take it out today for its first longer ride, but all I get is rain, rain and, if slight dryness is sensed, more rain