The Simplicity of it All 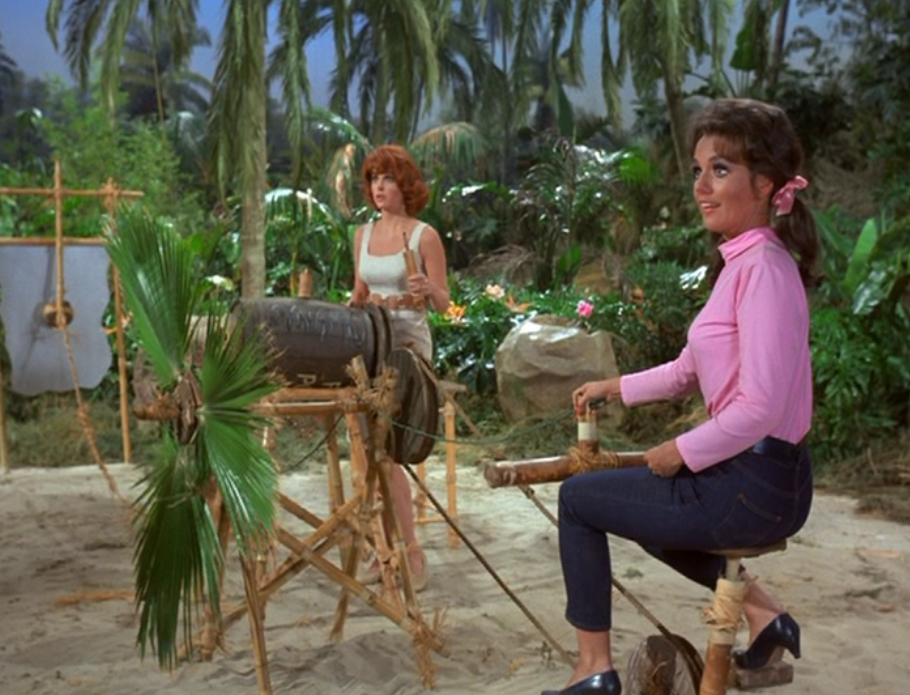 Sent from my SM-G986U using Tapatalk
I have a one track mind, but my train of thought is easily derailed.

handyandy1100 said:
Make it even more simple. Use a belt, or even a jungle vine instead of a chain...

Sent from my SM-G986U using Tapatalk
Click to expand...

Could maybe do it with leather or catgut. Might get some slipping.
J

handyandy1100 said:
Make it even more simple. Use a belt, or even a jungle vine instead of a chain...

Sent from my SM-G986U using Tapatalk
Click to expand...

AndyA said:
It's not just a matter of simplicity. It's where on the spectrum of simplicity to complexity you want to operate. Using Kevin's example of a coaster brake cruiser, there are simpler machines, e.g., a draisine, a 19th century two-wheeler that the rider pushed along with his feet on the ground (like the balance bikes now popular among toddlers). And there are more complex machines, e.g., a carbon-frame bike with disc brakes and electronic derailleur shifting. We won't even get into electric bikes.

As costs rise, benefits rise. But the benefit curve tends to flatten out (after a while, no matter how much you spend, it's only a little bit better) and the cost curve tend to shoot up (it's easy to spend more). The goal is to pick the optimum point where you get adequate benefit without spending too much. Spending includes not just the initial cost of purchase but the cost (and labor) of maintenance. Of course, it's hard to put a price on coolness.

Good point. The single speed bicycle is probably the best, simplest and most energy efficient vehicle invented to date, a perfect compromise between carbon-fiber electric assist Uberbike and the Draisine...

Unfortunately I have to have to add two minor complexities to make it perfect for me-a cargo rack(simple bolt-on) and an extra brake (a must-have redundancy).

Rating - 100%
2   0   0
Many modern street BMX don't use brakes. Simple bikes. I was taught by kids various methods for stopping quickly. Useful to know. I brake almost half the time now without conventional brakes. I've gone through a pair of sneakers in the process. It's kinda fun too. Best without fenders.

Rating - 0%
0   0   0
The bike I won multiple open TT races on was a very simple 6 speed rear mech (a Campy 6 speed I modded with carbon bits) and freewheel with a Tiso auto-shift chainwheel set (when the chainline went a certain place, the chain would jump to the larger or smaller chainwheel). It had *just* a Campy Delta brake I made a carbon cover in the front. I literally had one brake lever, one mech lever. Disc wheels front and rear, and an aerobar made from an old Pro Neck stem (minus the stem). It was a crazy looking affair and was a TRUE Frankenbike! Between running out of Dugast tubulars for 24” front wheels, then having my bike banned by local race marshals, that bike now hangs in the garage of a bunnyman institute fan. That was the definition of simplicity and functionality for me. Weirdly enough, rules in some local TT’s were amended because of this bike: two brakes have to be on, two identically sized wheels, and no disc wheels in the front. This was before the USCF adopted the UCI rules! As complex as bikes can become, it is nothing like a car!

hamppea said:
Many modern street BMX don't use brakes. Simple bikes. I was taught by kids various methods for stopping quickly. Useful to know. I brake almost half the time now without conventional brakes. I've gone through a pair of sneakers in the process. It's kinda fun too. Best without fenders.
Click to expand...

LOL yep- I have a brakeless wonder coming. I did buy a Boomerang for the fork in case I can’t live without brakes!

At level 1 is bashing something in the back of the head with a rock, or alternately wiping your butt with a leaf.

At level 1000 is The Large Hadron Colider, or if you don't like that one The Internet.

Where on this scale of complexity is a single speed, chain driven, diamond frame bicycle, with a rear coaster brake, threadless headset, spoked wheels, and pnumatic tubed tires.

NB: I chose a coaster brake, but you could definitely argue that a single pivot side pull caliper brake is a much more simple machine, depending on how simple you feel a wire cable and sleeve is.

Rating - 100%
1   0   0
Simple, but took thousands of years of combined, acquired knowledge and a lot of other periphery technologies (writing, long distance communications, relatively advanced metallurgy, and measuring standardizations at least) to achieve. I read somewhere that the only more efficient mover on the planet in terms of caloric use per distance is the condor because it spends so much time gliding (though, I would think the albatross would be even higher, I don't know, maybe it was nonsense, but it's believable enough). I would also factor not just the caloric efficiency, but the reliability, maintenance, and speed of it versus anything else. While a car is much faster (and nicely out of the elements), the bicycle is faster than anything we'd used in history prior except for the horse under certain circumstances (and I'm sure the horse also prefers the bicycle). The car is far more energy intensive in use, maintenance, production, storage, and requires more specialized knowledge to repair and maintain—I taught myself to fix bicycles as a kid with just a few tools I borrowed from my father, who rarely used them. It's truly an amazing invention up there with sailboats, kayaks, and canoes, but the only one that works on land.
2012 1944 8thAF tribute -- 1912 Iver Johnson Special Racer resurrection -- 2015 2000 Iver Johnson Major Taylor -- 2017 BO Retro Rocket -- 2017 BO Interrobang -- 2019 BO Cyclops

What do i do when my chain comes off and im hauling ...?

Tuesday at 8:29 AM
Singleton