repedaler said:
The grizzly on a lil rip
Click to expand...

That's pretty mint. I'd love to get me some celeste green

would definitely ride that
Bad puns:
That's how eye roll

Karate Chicken Industries said:
Those had a pretty nice spec. That front brake is my favorite canti brake and I'm about to mount a set on one of my 26" BMX builds.
Click to expand...

Thanks! I love old cantis and i brakes! Sounds dumb but when I was a kid working I a bike shop I would love adjusting them

takes me back to a simpler time

MattiThundrrr said:
That's pretty mint. I'd love to get me some celeste green

Thanks! A buddy of mine gave it to me this spring , added free seat and bars! Only dough o have in it is the grips and chain. It’s been my go to Al summer!!!

Rating - 0%
0   0   0
Schwinn Prelude on the new Interstate 74 bridge over the Mississippi River. The old bridge is to the left. The large round "oculus" on the deck is thick dirty glass. A poor view of the muddy water way below.

The Iowa side now has a bunch of barriers. 2 planters in the middle of the bike trail. I notice both have yellow plastic warning posts around them with reflective tape and lights set in the concrete. An earlier news report shows just 1 planter with no extras. My guess is some bikers hit the planters in the dark after those were installed. And there is a row of concrete barriers to keep any motorists from driving around the planters.

The Illinois entry has just 1 planter and no barriers to keep cars from going around the planter. To be fair the sidewalk is next to the off ramp so it's less likely for a car to be going the wrong way.

When the 3 men were run over, there were no barriers, bollocks or signs. The driver had 31 prior charges including 1 for dui in 2014. 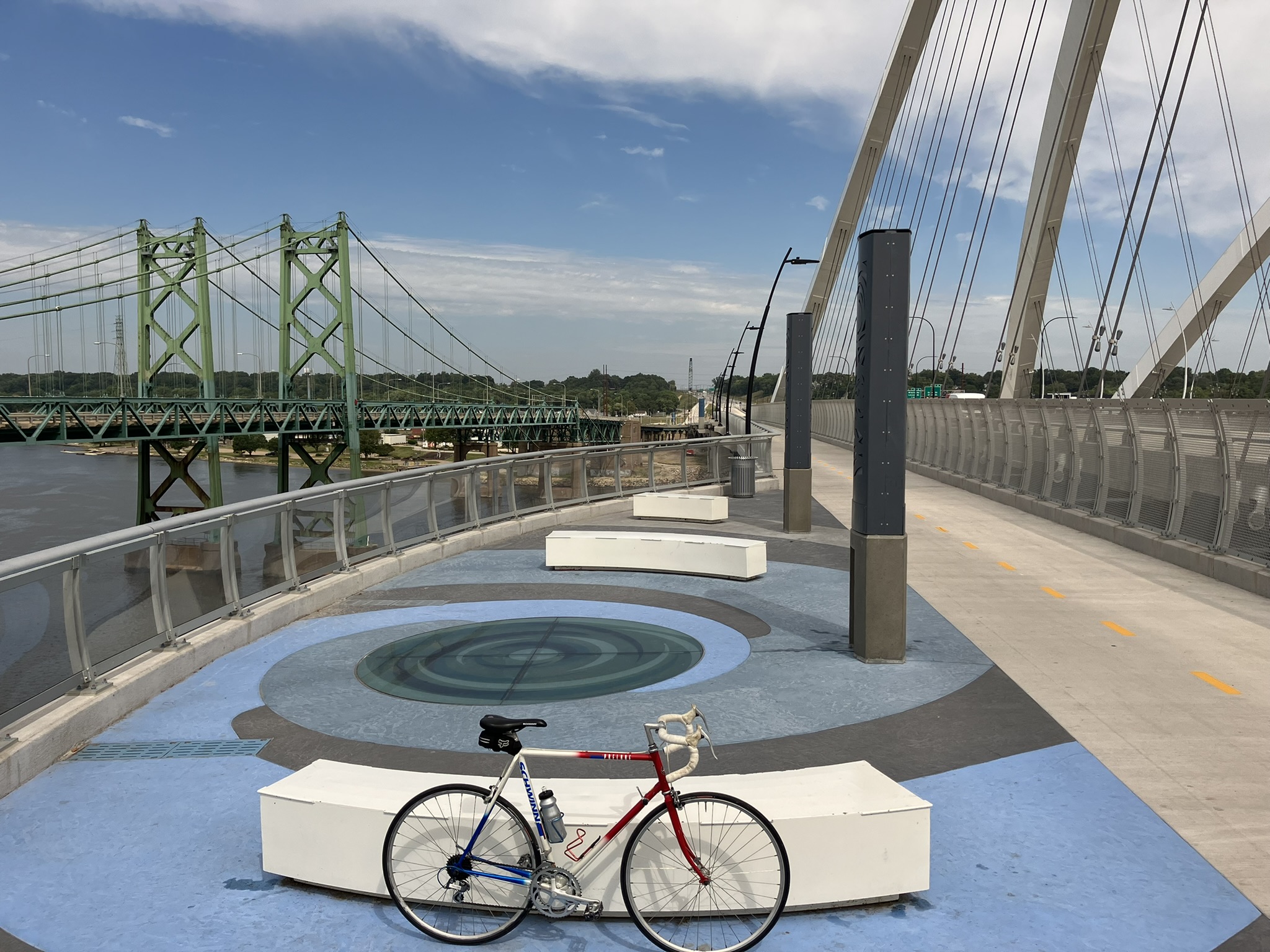 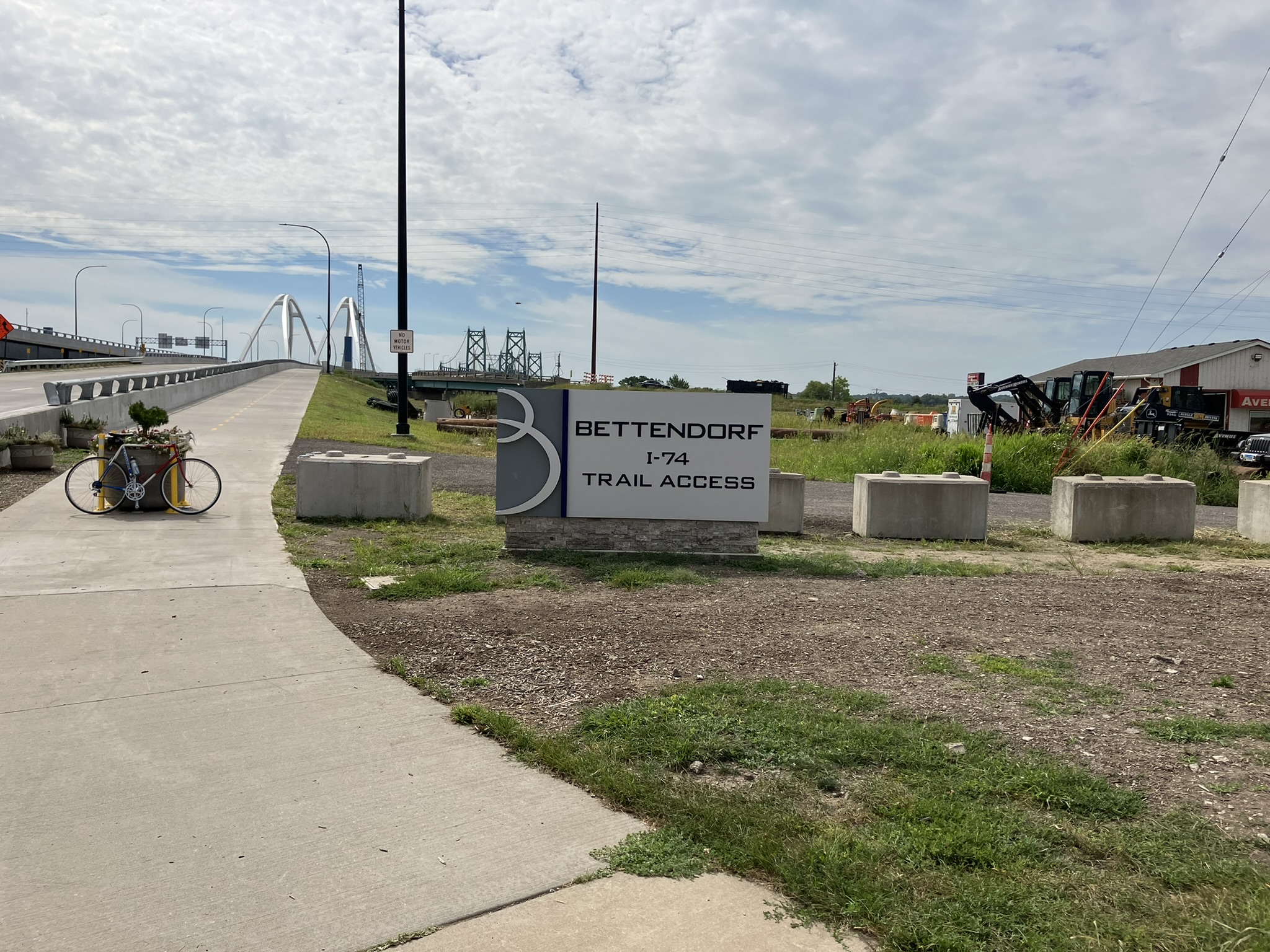 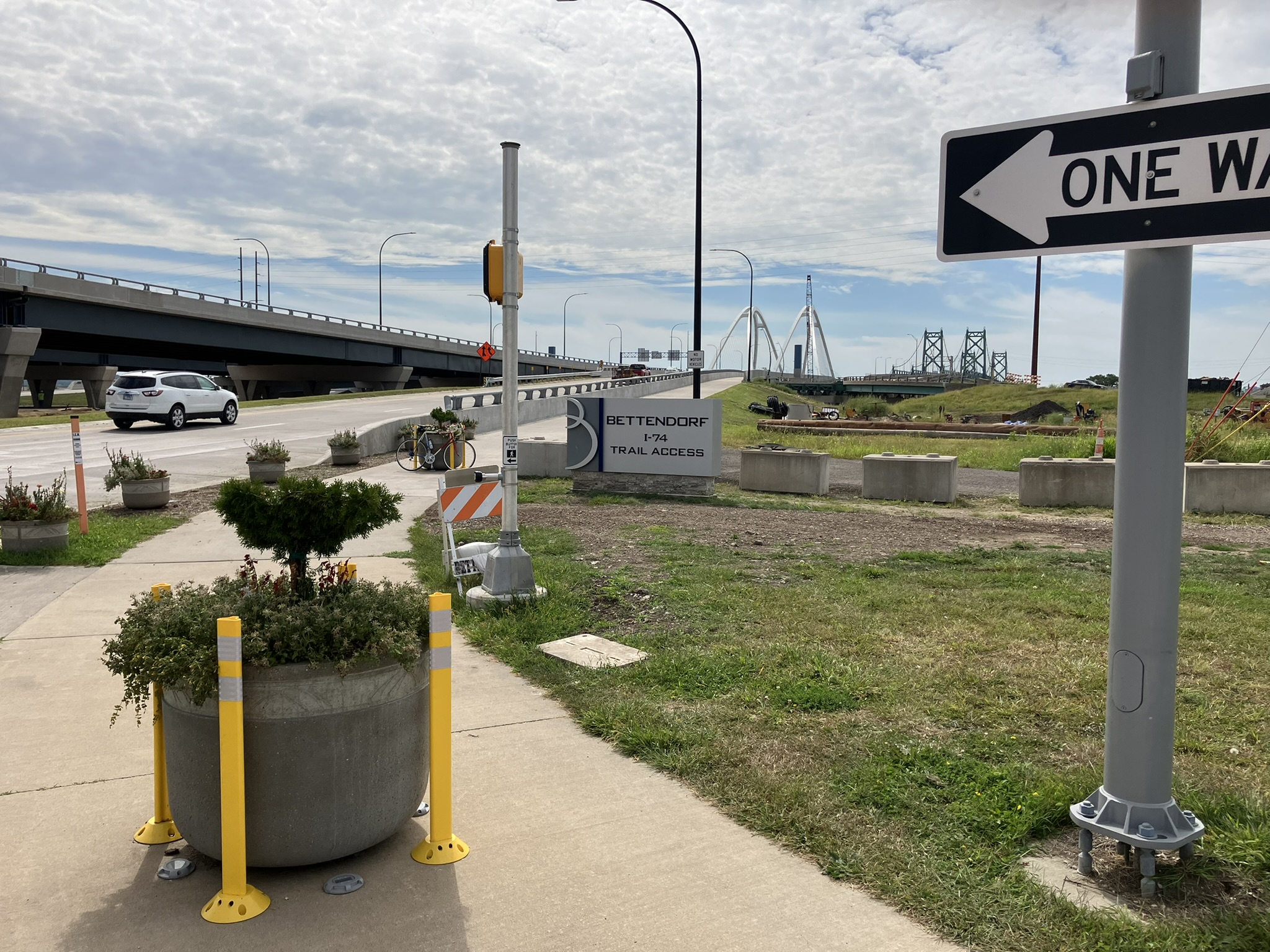 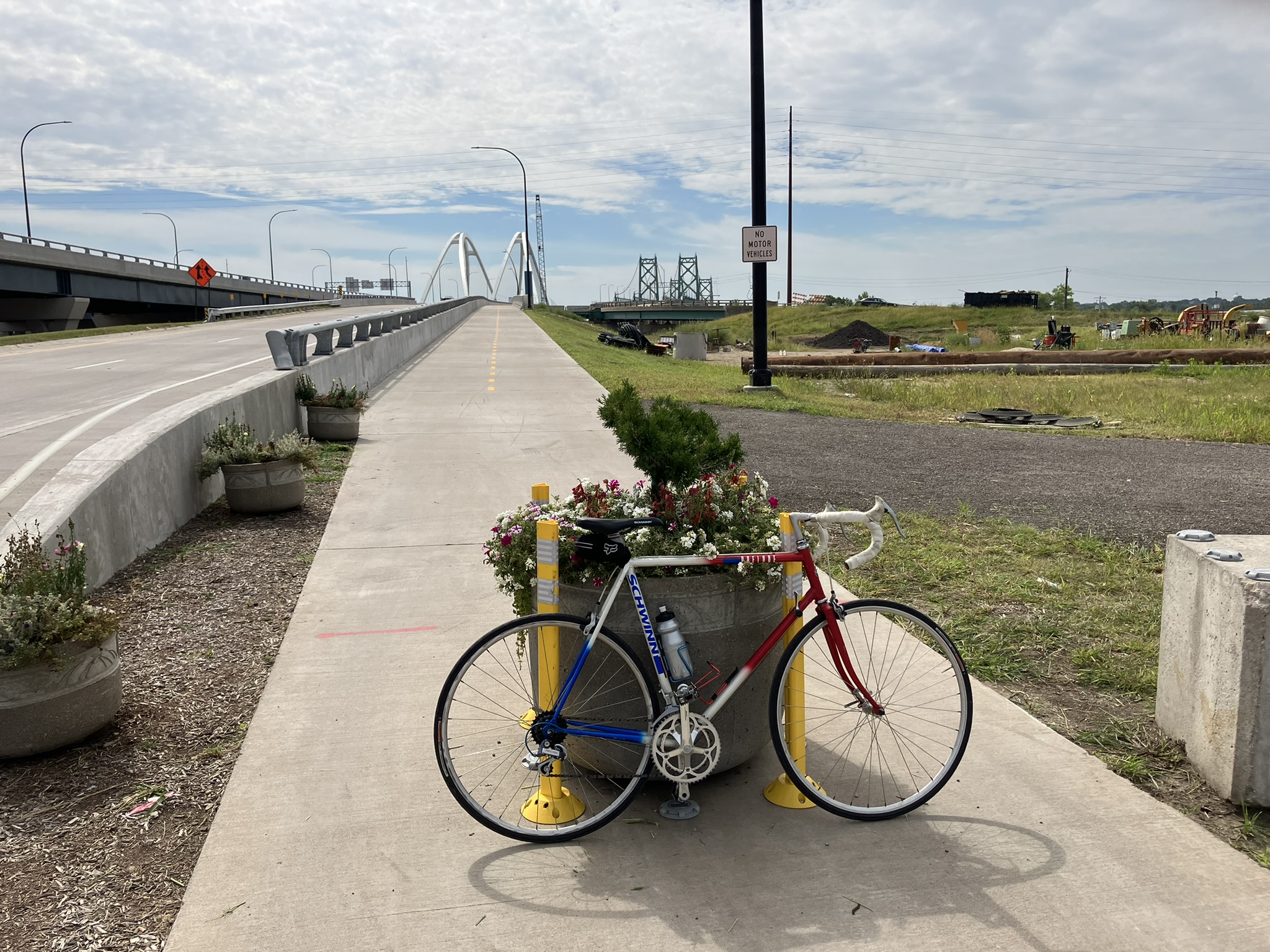 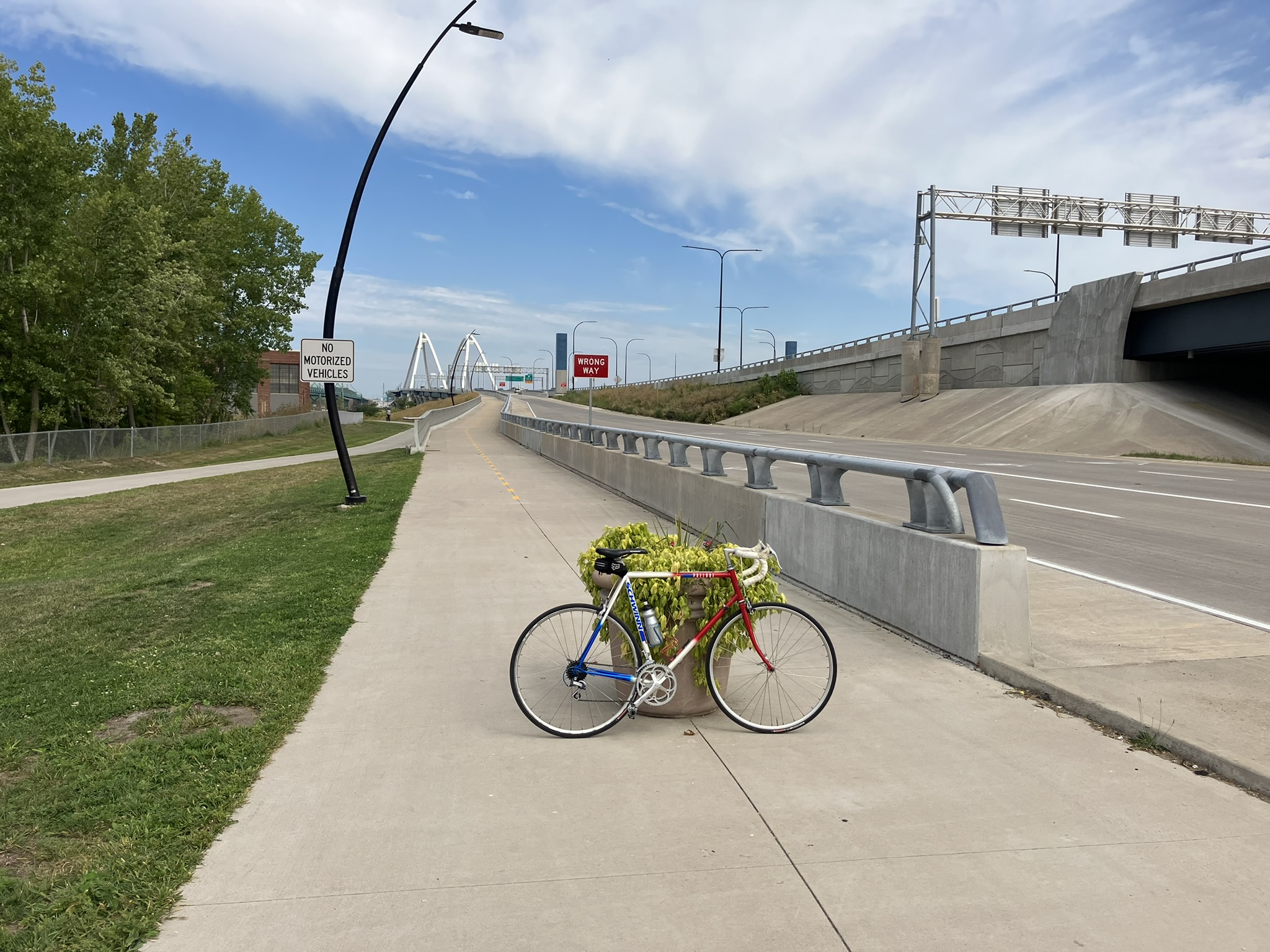 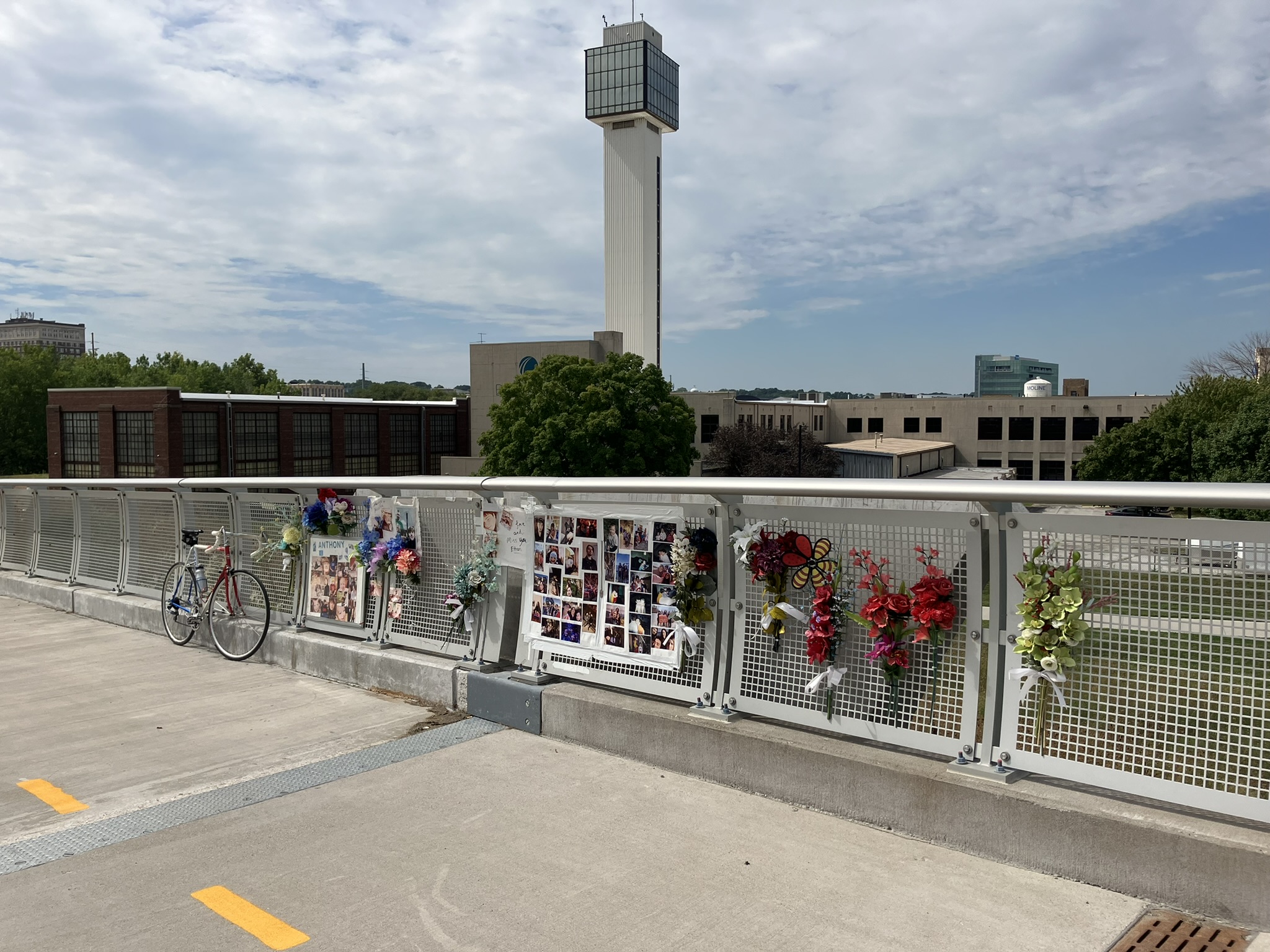 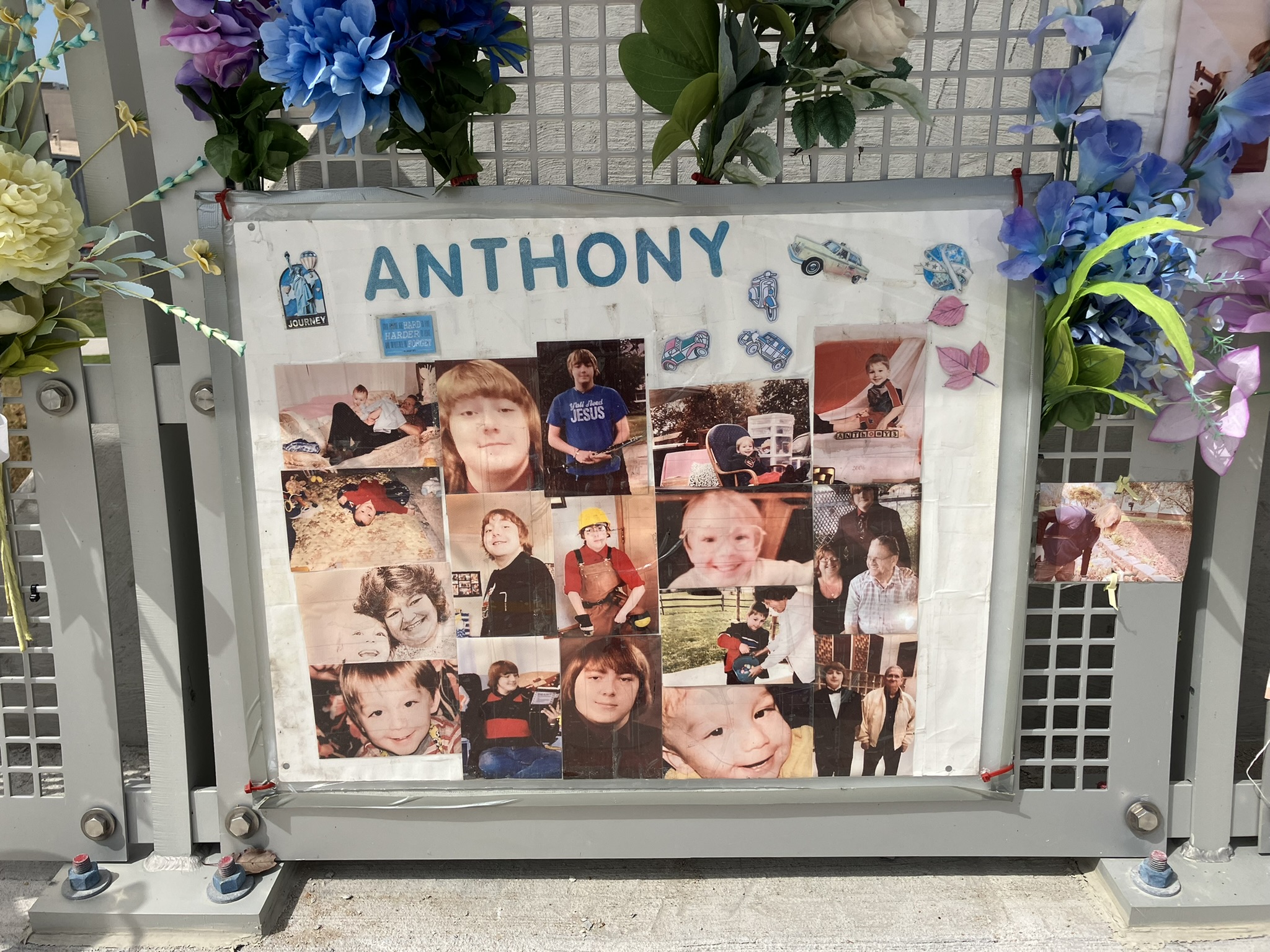 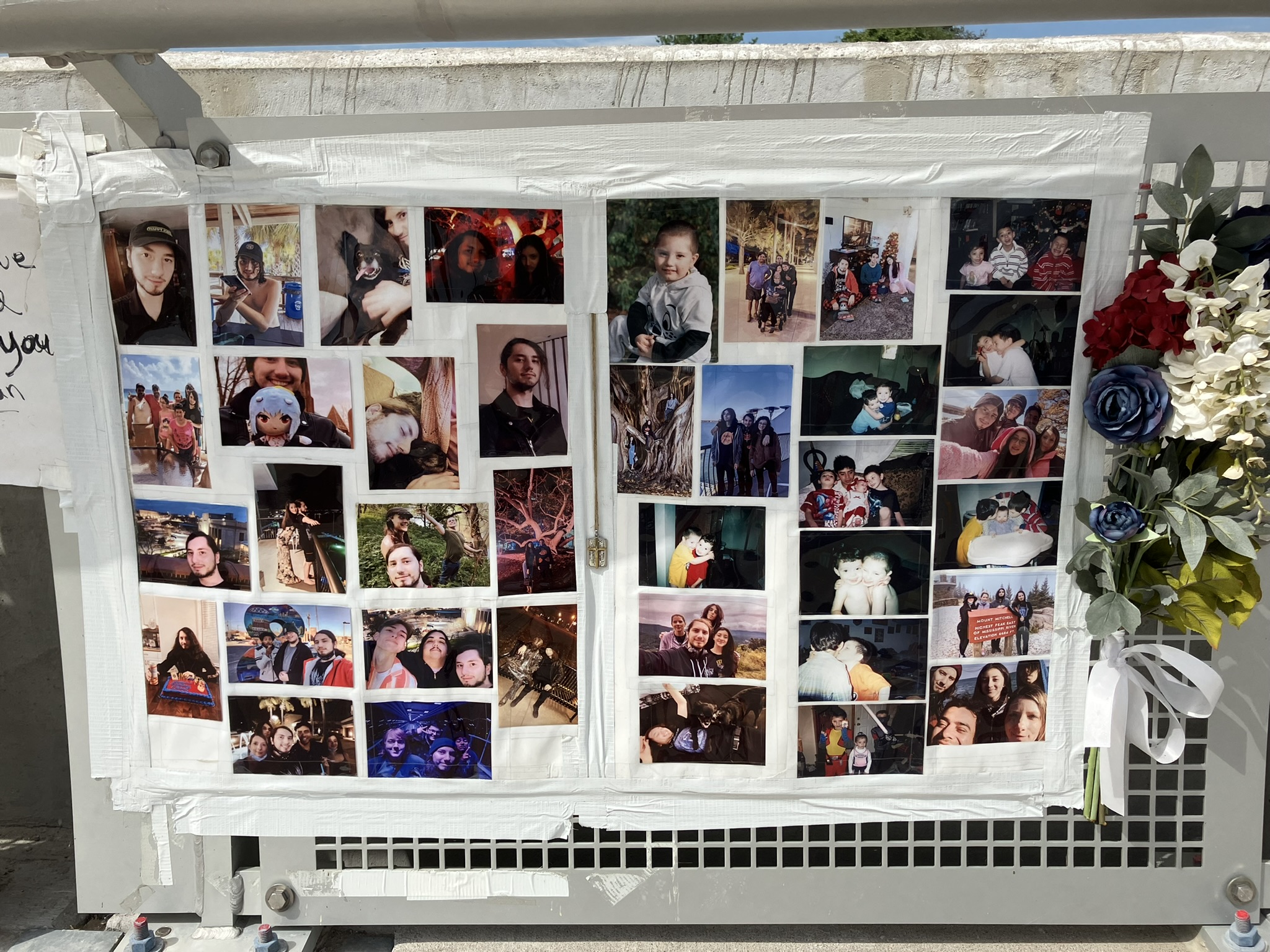 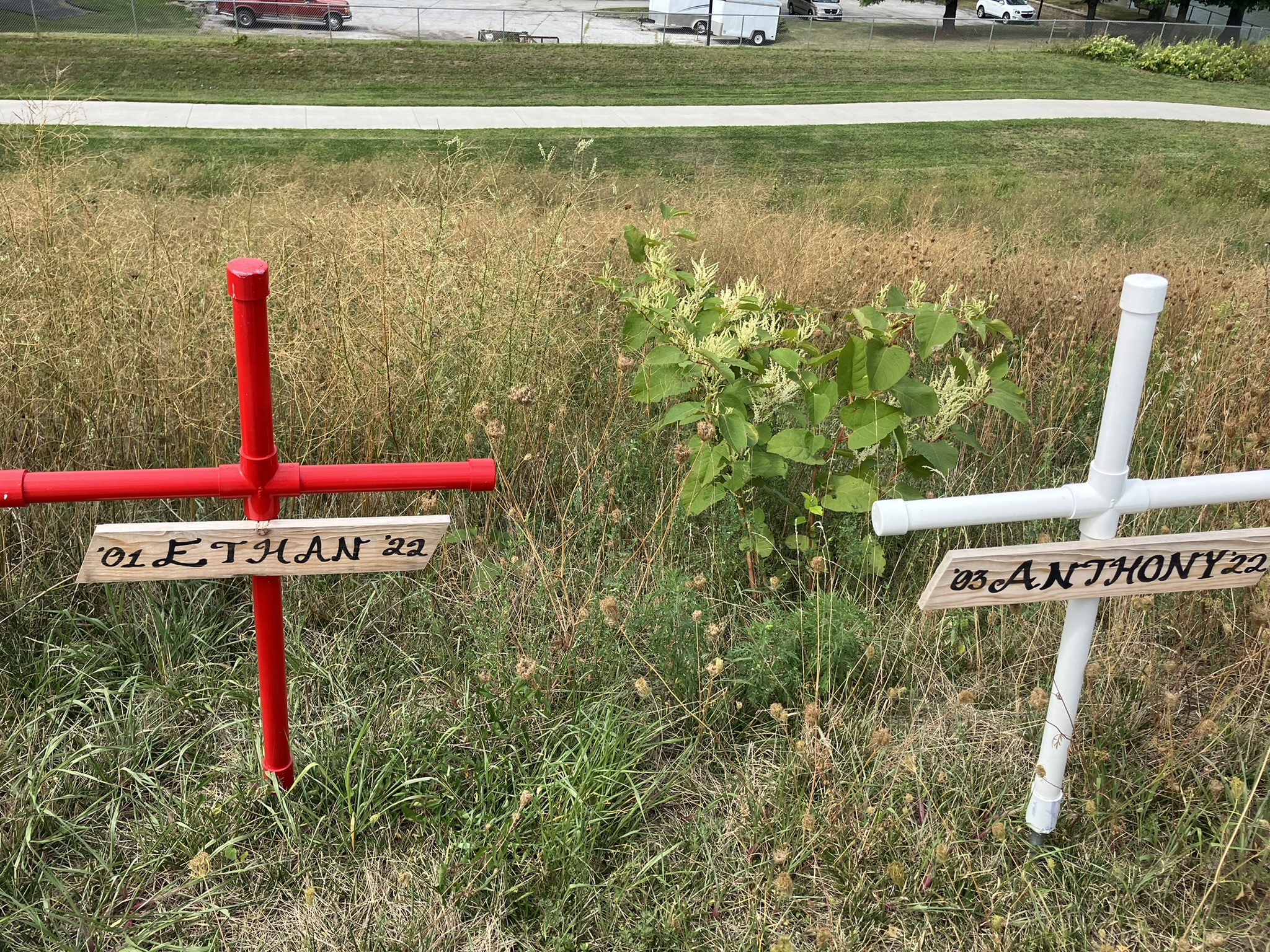 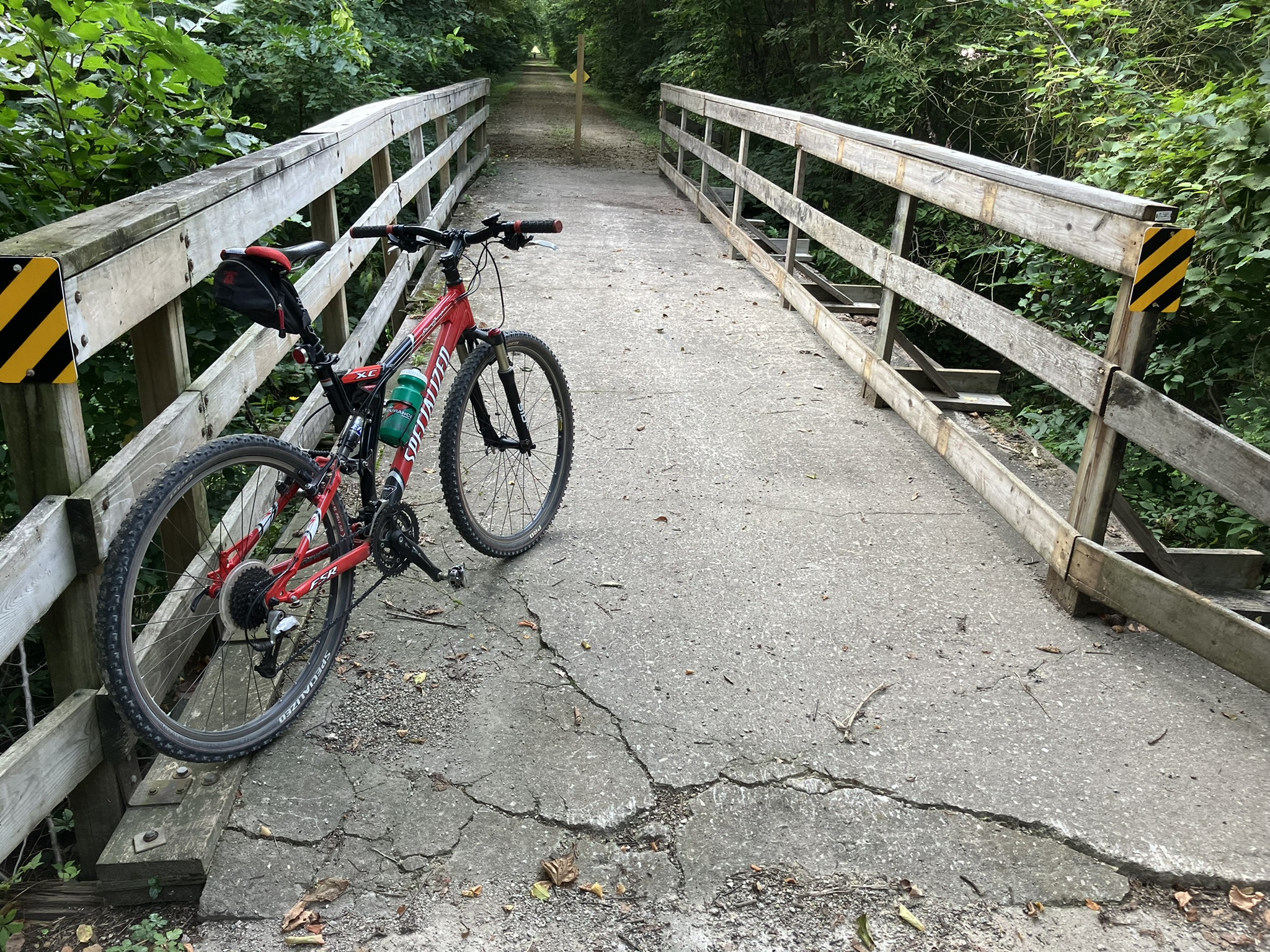 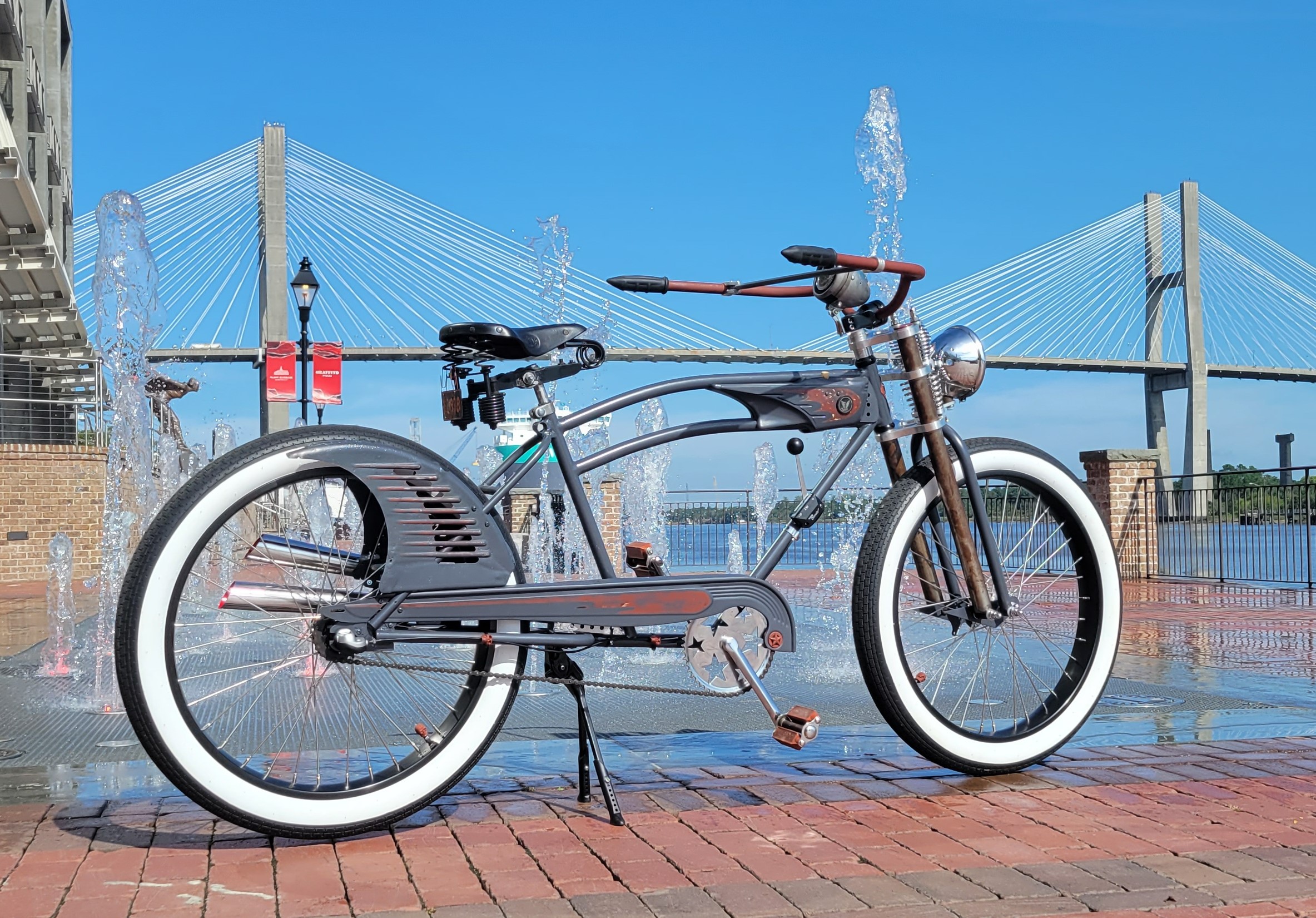 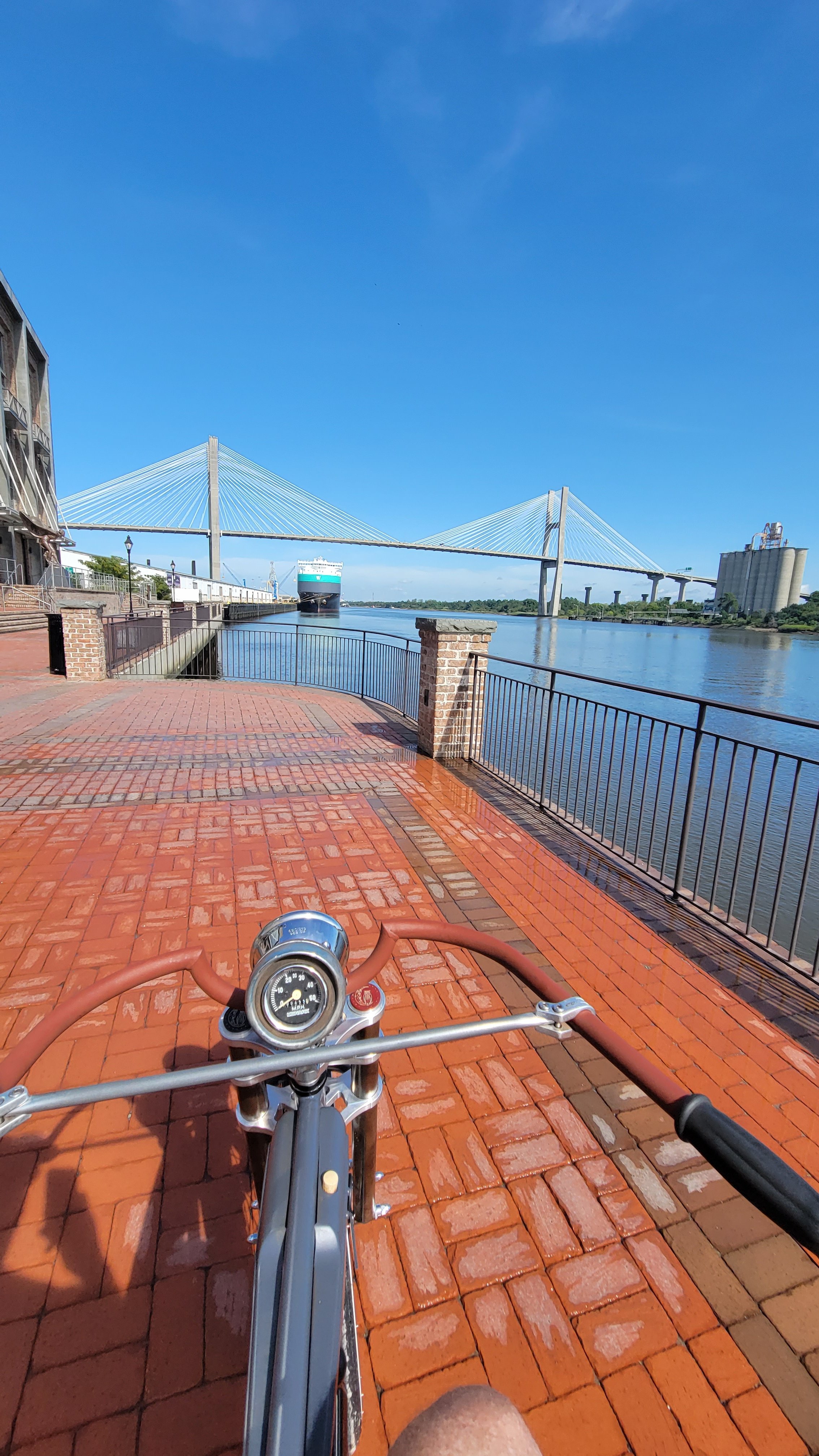 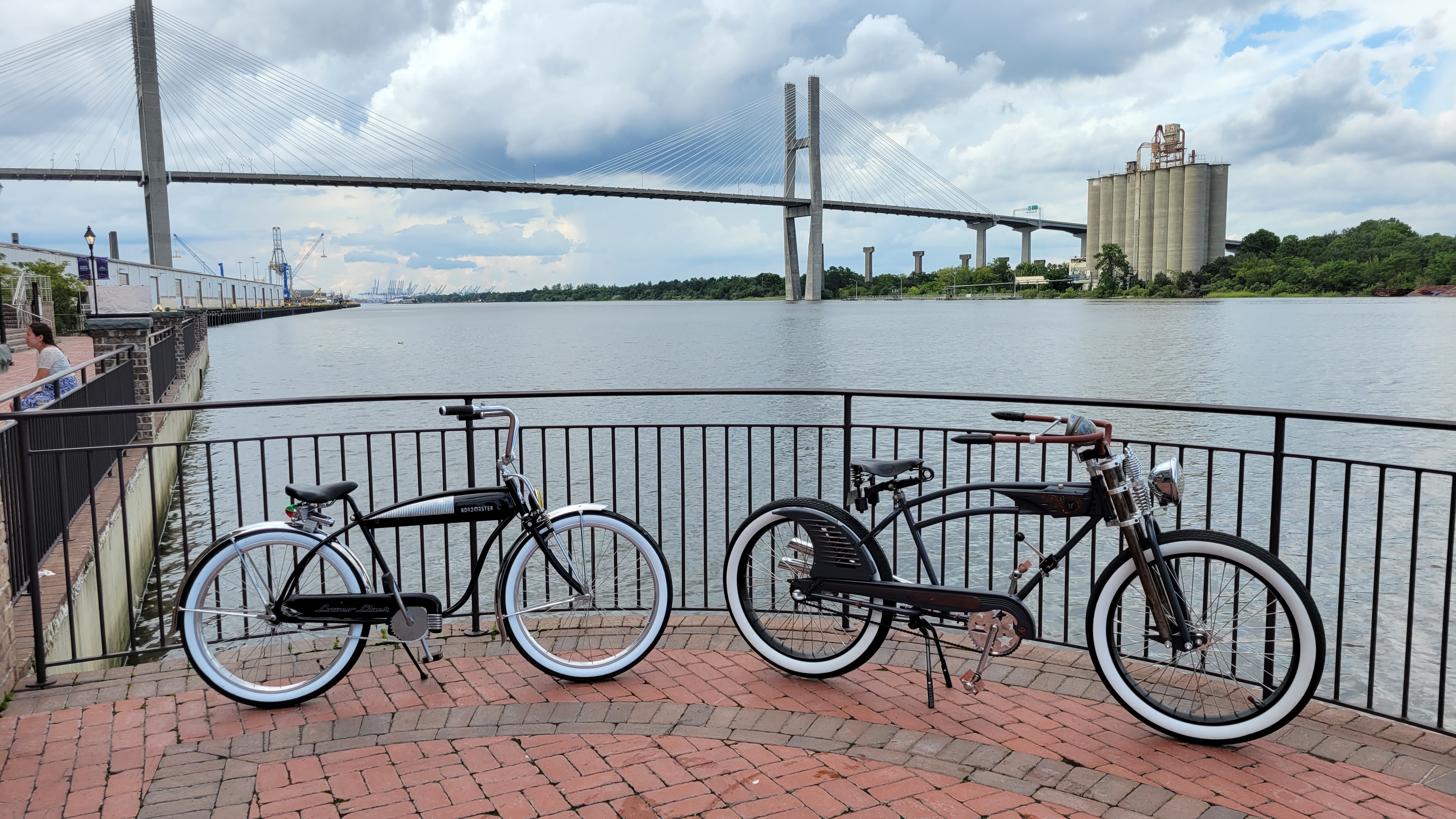 Rating - 0%
0   0   0
Just finished putting this together, look for thread Show Me Your Worksman Trike 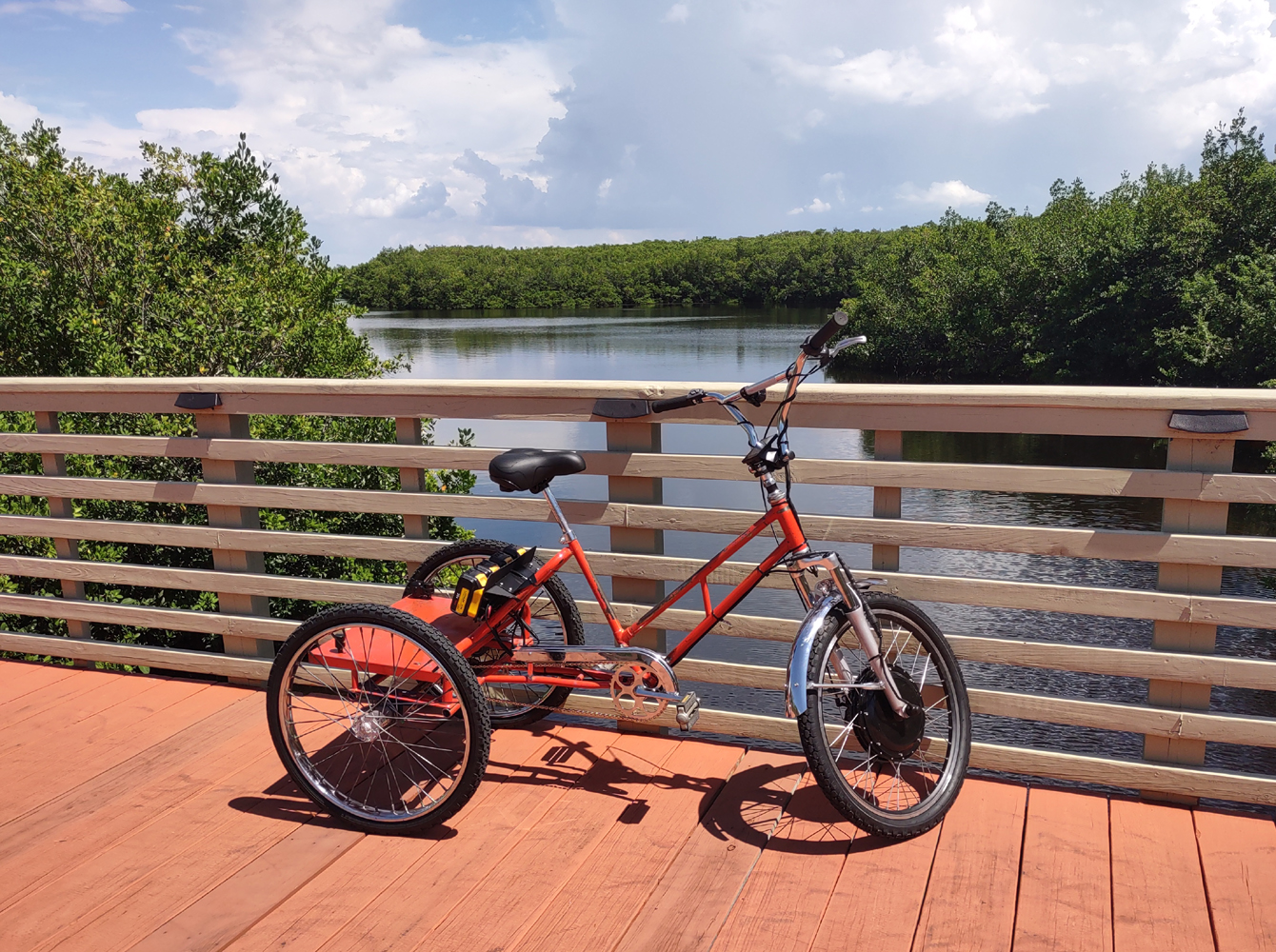 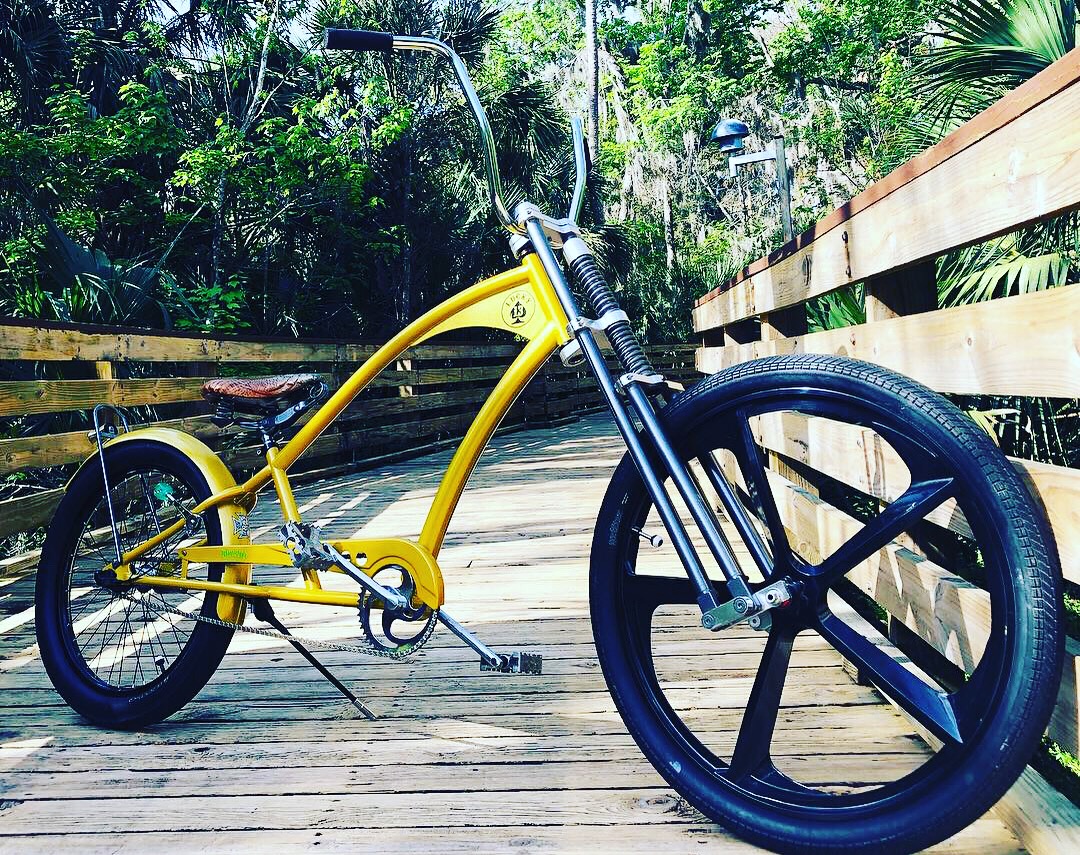 Firstly was that the two fisherman's platforms, off the cycle/foot path were popular.
And secondly, whoever designed the bike rack waaaay overestimated exactly how popular. 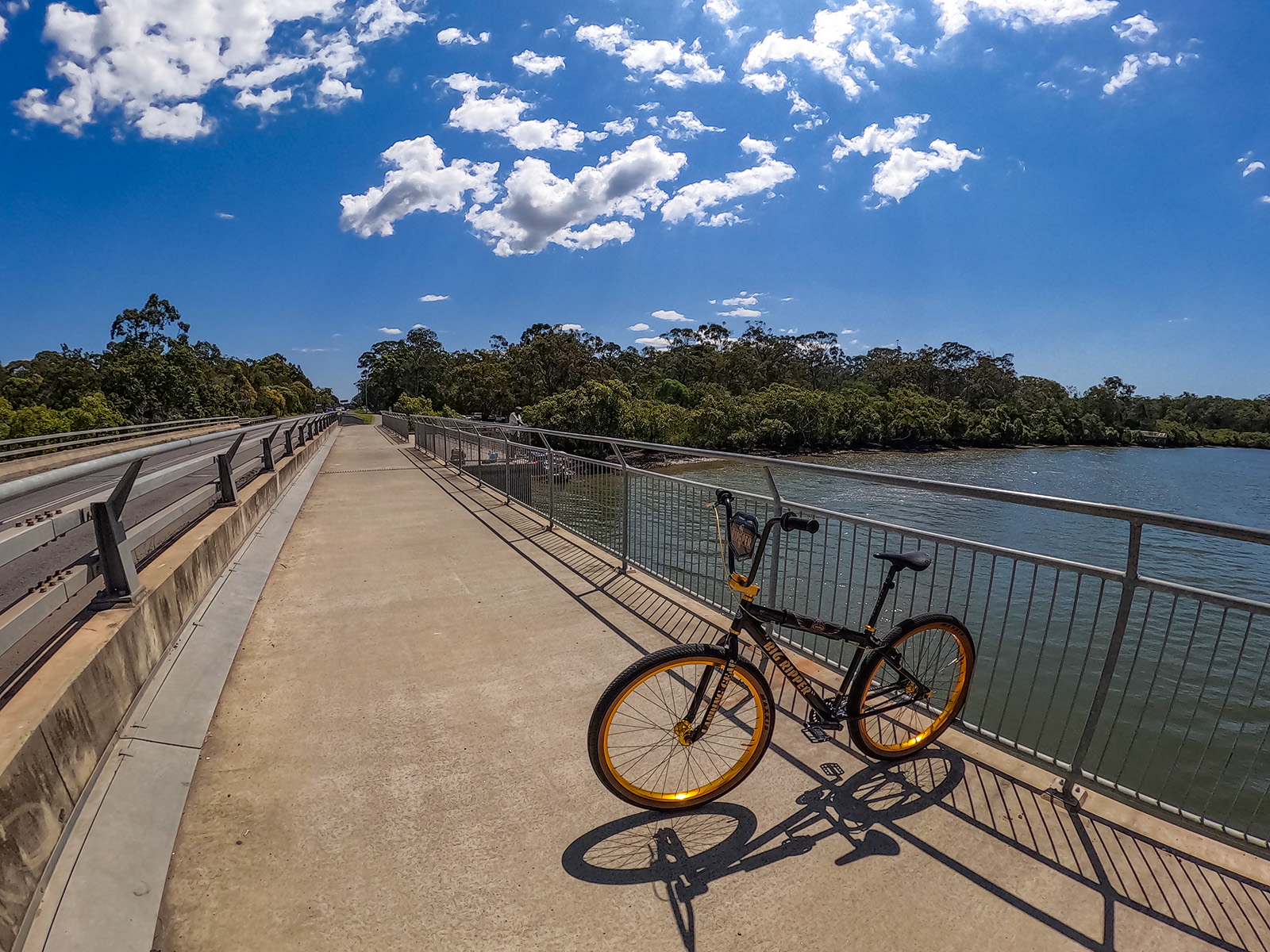 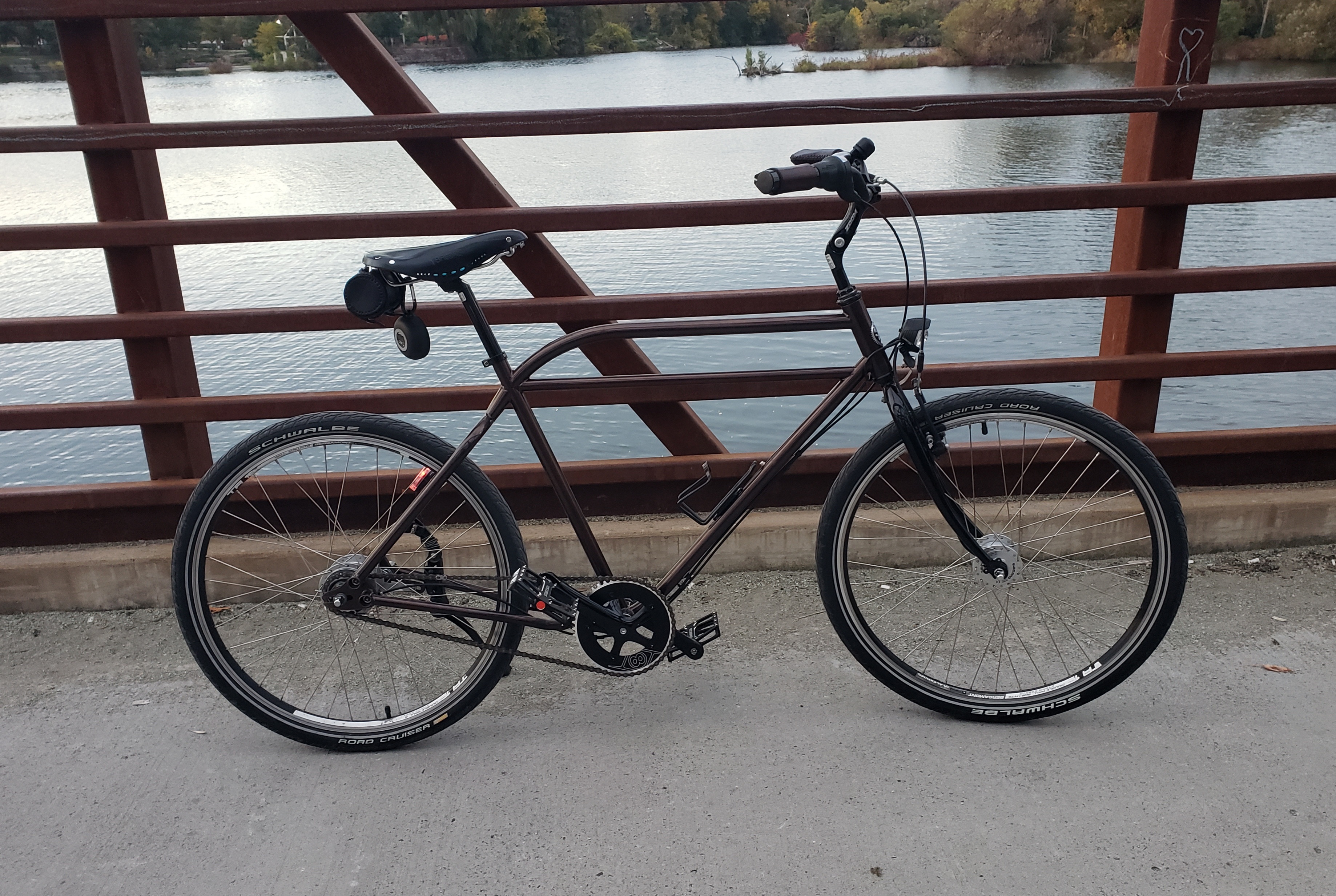 Rating - 0%
0   0   0
Trek 820 (24 inch frame!), 1980 Schwinn World Touist, Tom Teesdale on a MRT (Mississippi River Trail) bridge at the south end of Credit Island, Davenport, Iowa. Super low water level. For those that think they should redirect Mississippi or Missour river water to cal, there isn't enough to make a puddle. 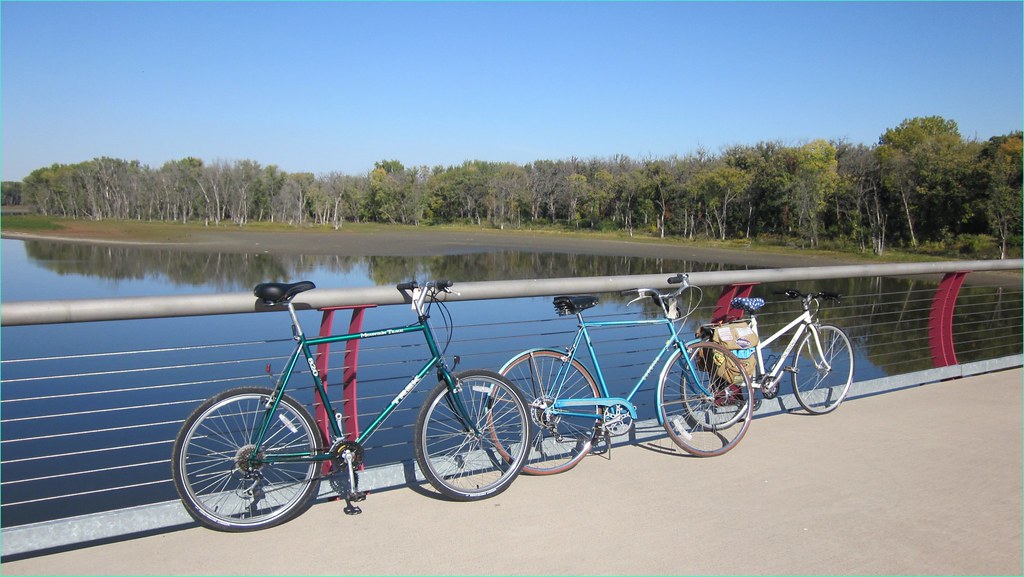 Rating - 100%
1   0   0
@rickpaulos that Trek is enormous. 24" and a riser bar and visible seatpost suggest it is warranted. But I'm really curious about the Teesdale, got any more pics or a thread about that one?
Bad puns:
That's how eye roll

MattiThundrrr said:
@rickpaulos ...But I'm really curious about the Teesdale, got any more pics or a thread about that one?
Click to expand...

My mom bought a Fuji Finest race bike in about 2001 at age 70 from Mike Wolfe's bike shop (of American Pickers fame before the tv show). By age 80, she was having trouble getting her legs over the mens frame. She managed fall down about once a year. Usually while trying to get to her cell phone. I took the bike to Tom Teesdale and had him build a ladies version frame set. I transferred all the parts over. I believe it was the last frame he finished. A couple years ago I took the toe clips off and installed some nice flat pedals for much the same reason. Easier starts and stops. Her cruising speed on flat ground is about 10 mph so getting clipped in doesn't matter. I also changed it to flat bars for better control. 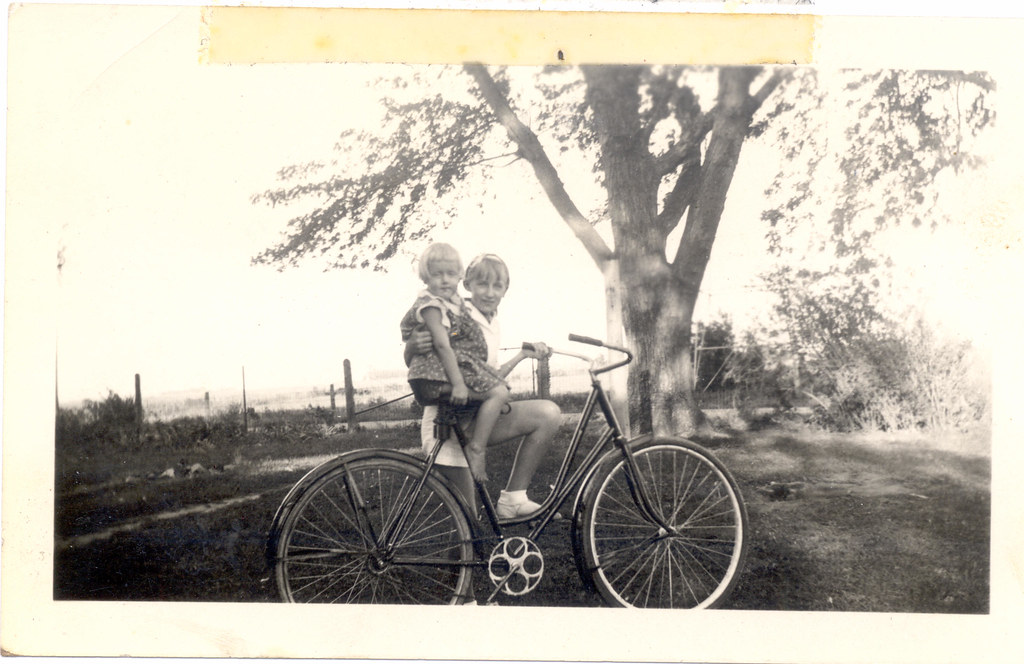 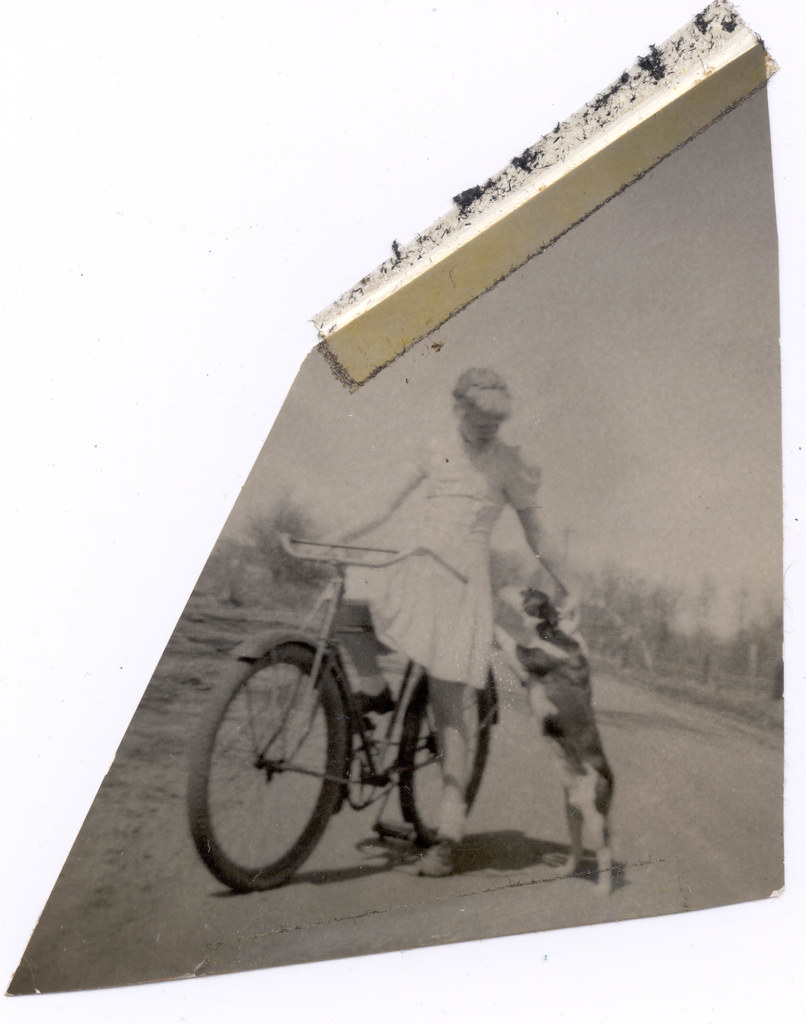 2003 at the start of the USA Cycling National Championships (she won her category) on the Fuji Finest. Louisville Kentucky.
70+ time trial national champion. 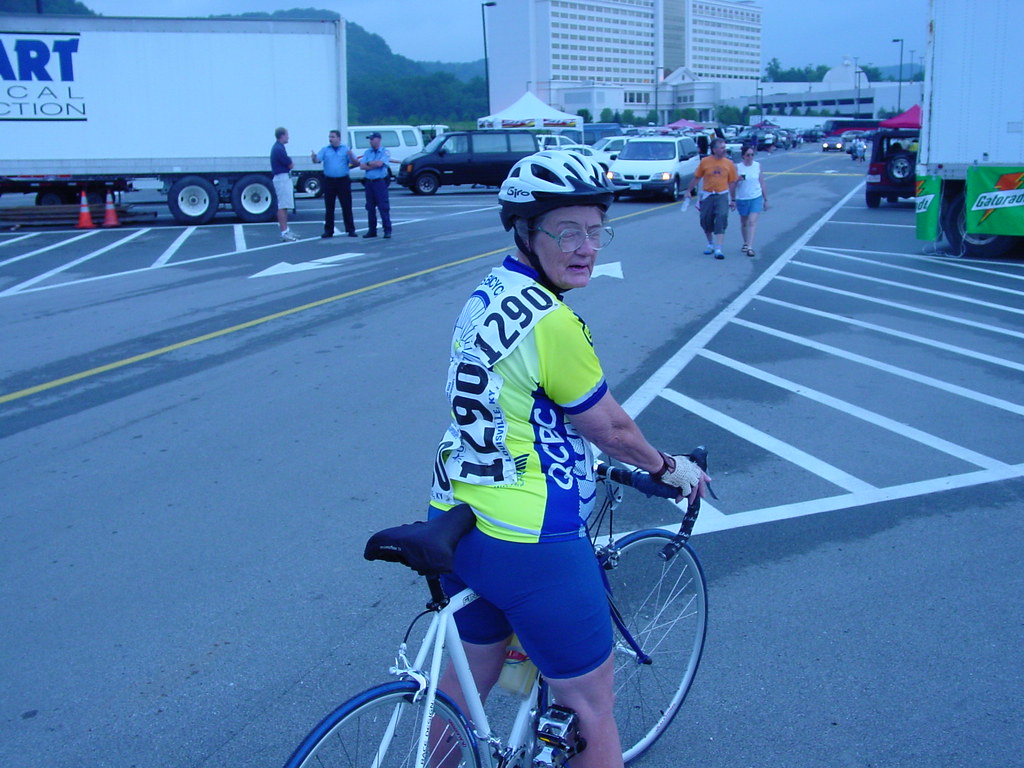 Mom (age 83) on Ragbrai 2014 on her new Tom Teesdale bike. Sorry to report, Tom died on Ragbrai that year. 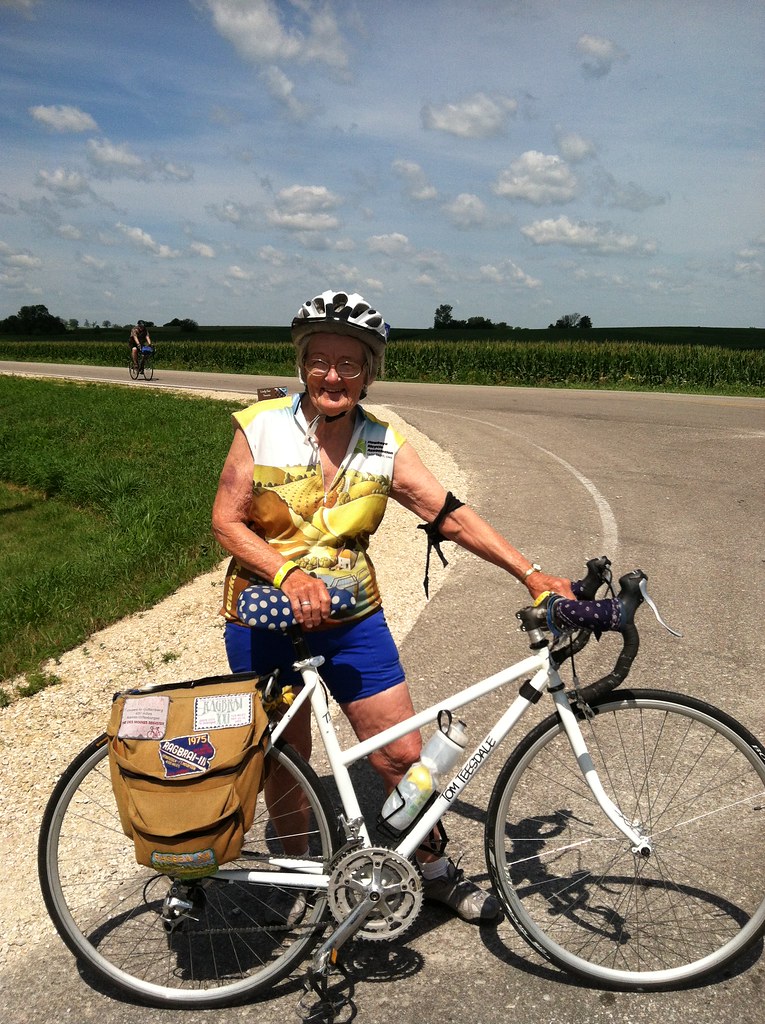 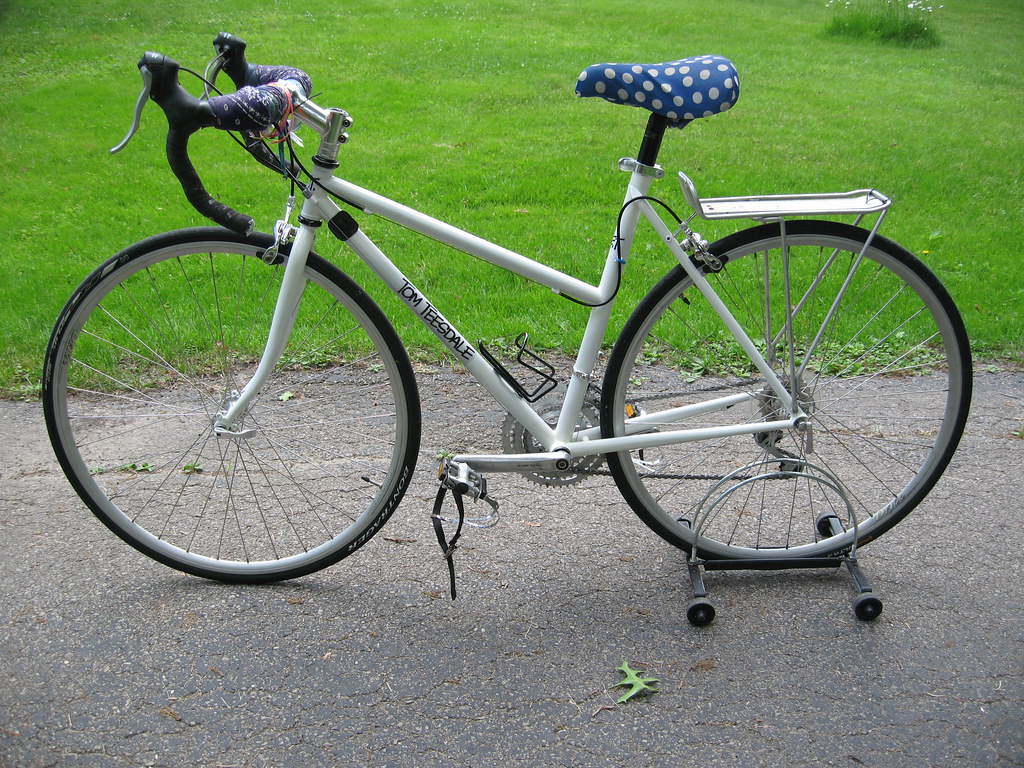 Rating - 100%
1   0   0
Special bike for a very special lady! I wonder being the last piece an artist produced adds value to the artwork. My grandfather was riding into his 80s as well, I hope I can too
Bad puns:
That's how eye roll 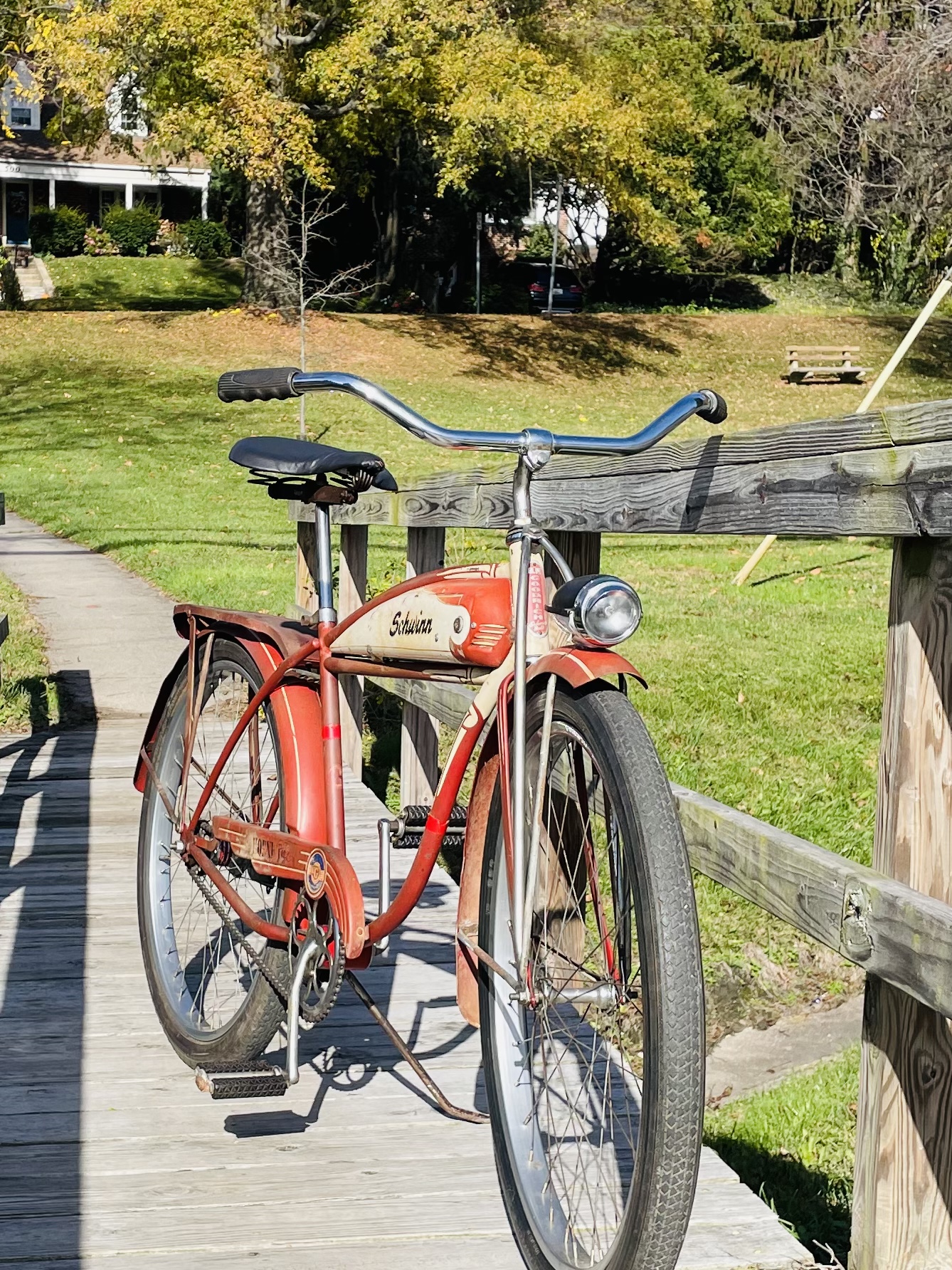 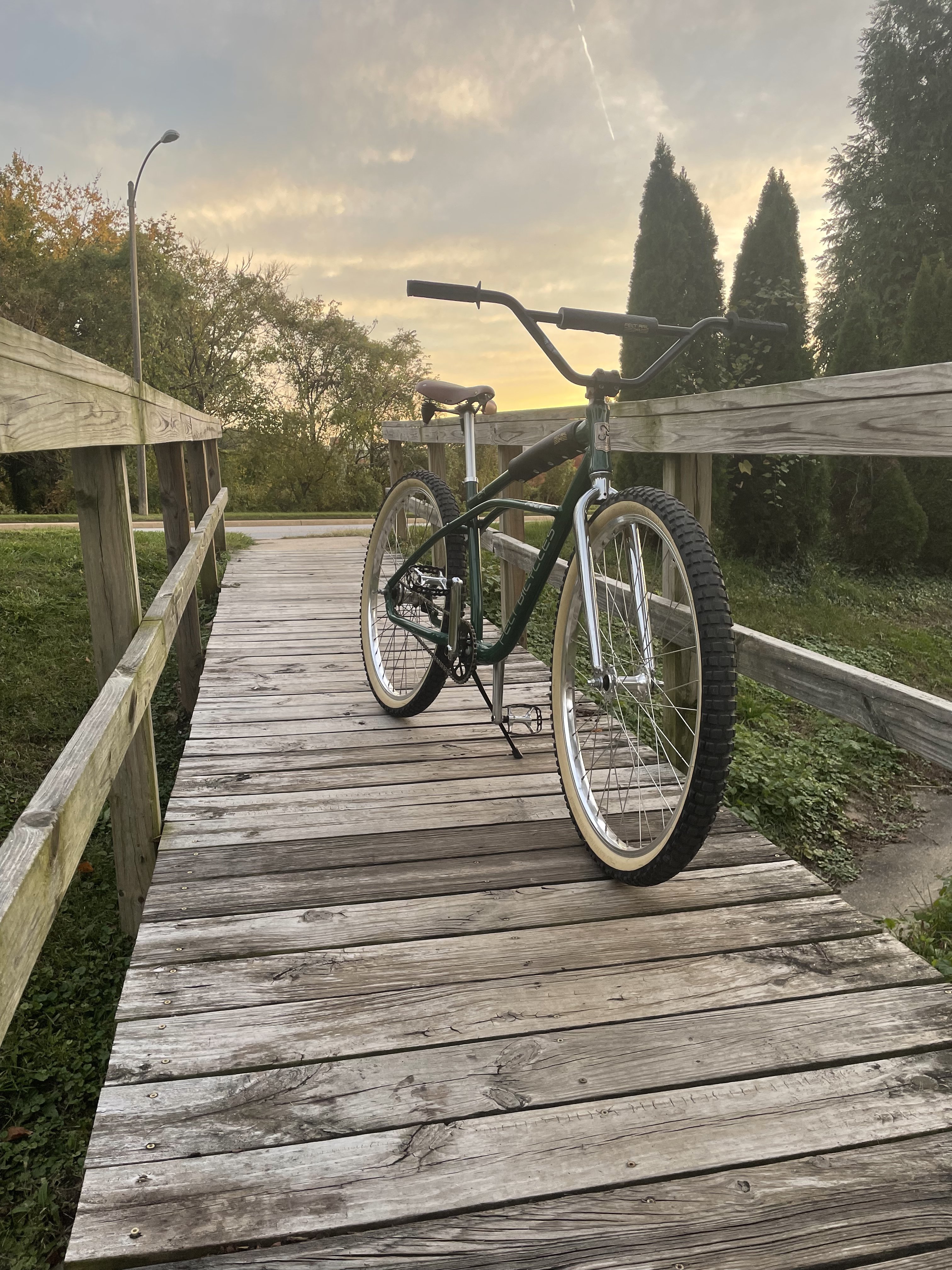 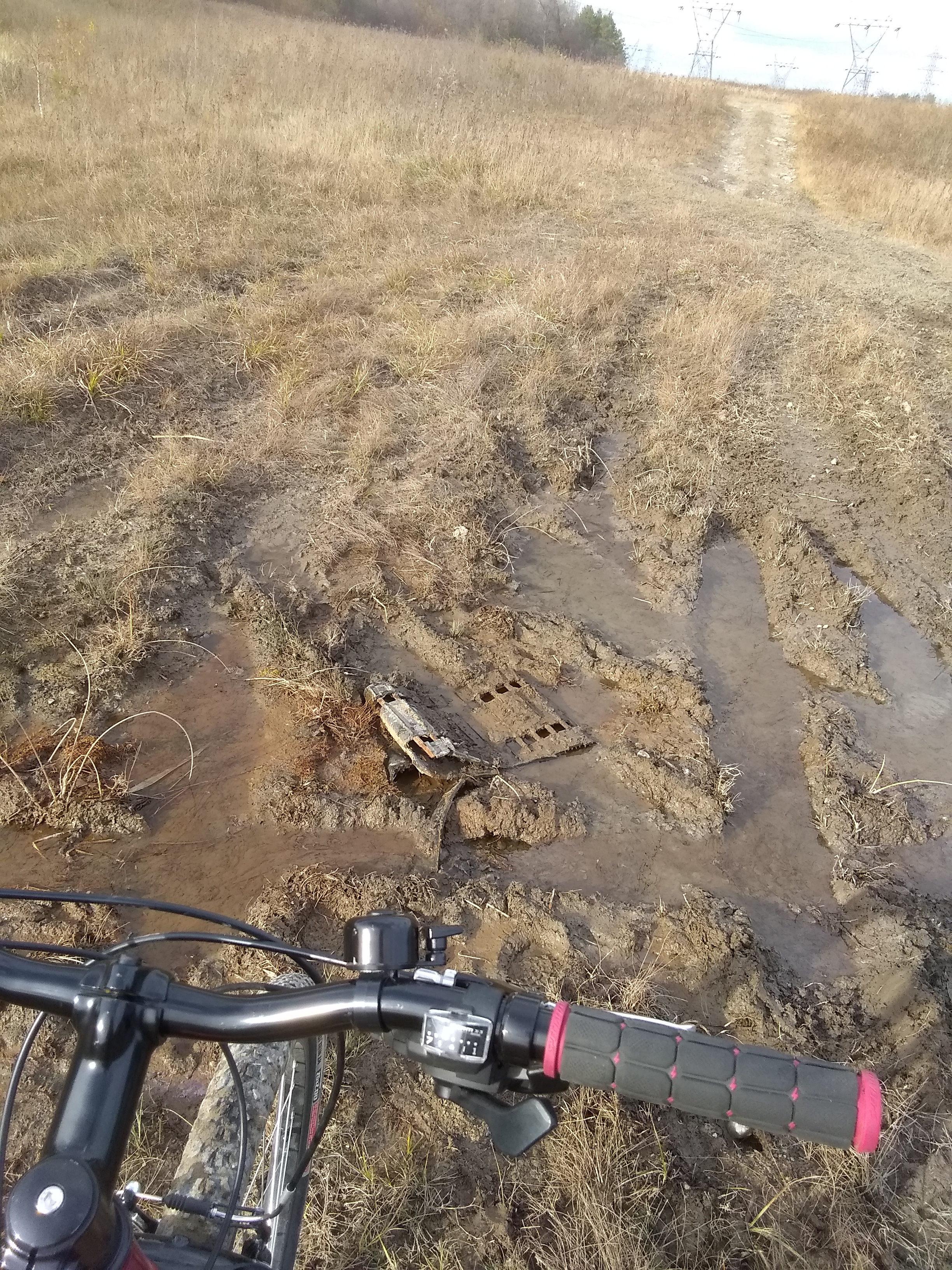 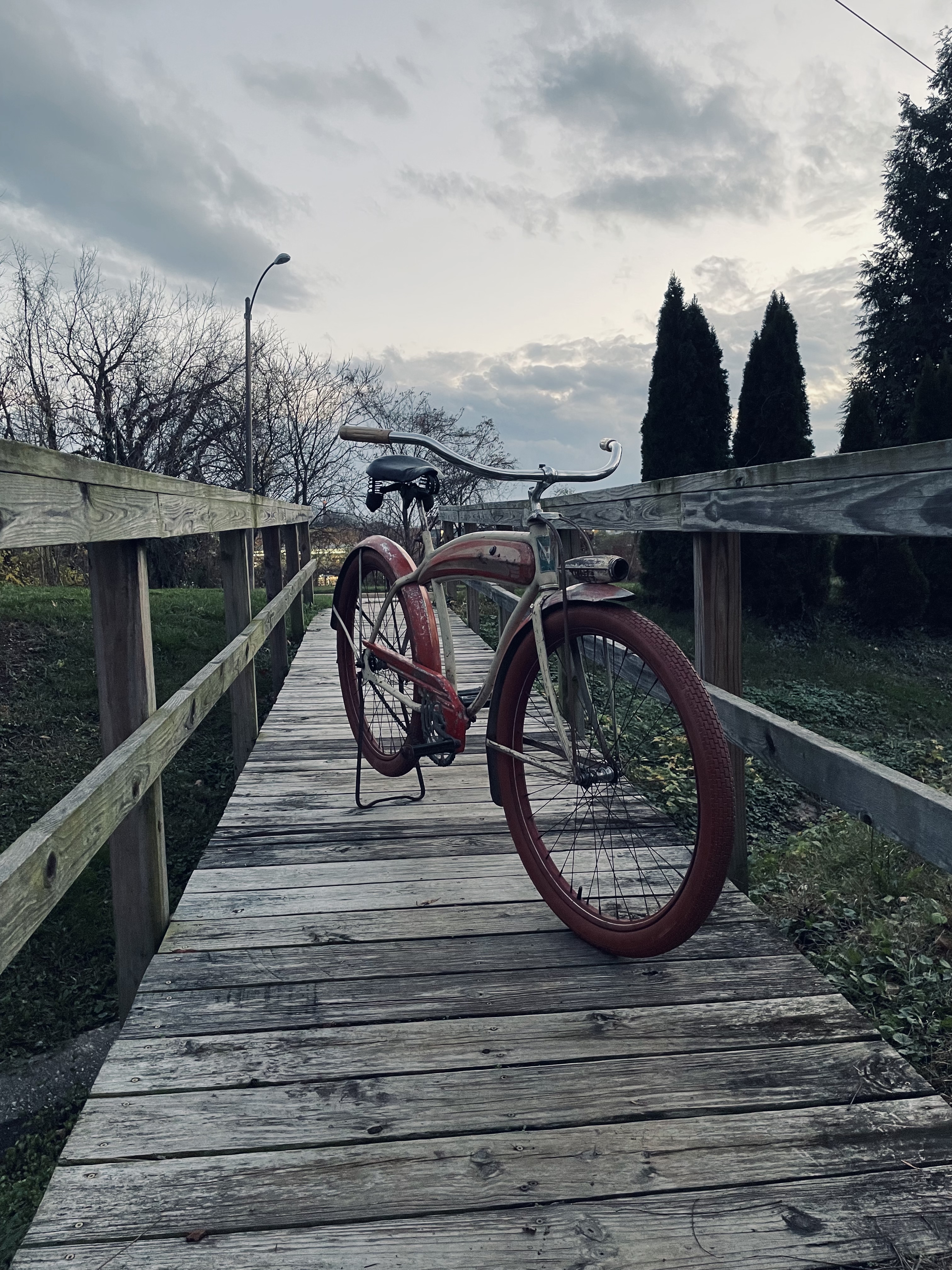