. Found this one 35 minutes from my front door. Still shocked, pictures are as I found it, haven't even touched it with the exception of removing the basket off of the front. The sprocket is a bit confusing as the rest of the bike is very original. Anyway, ready to get this one cleaned up and looking good (seat is stuck for the moment in that position). Never had an early one, love the coppertone! 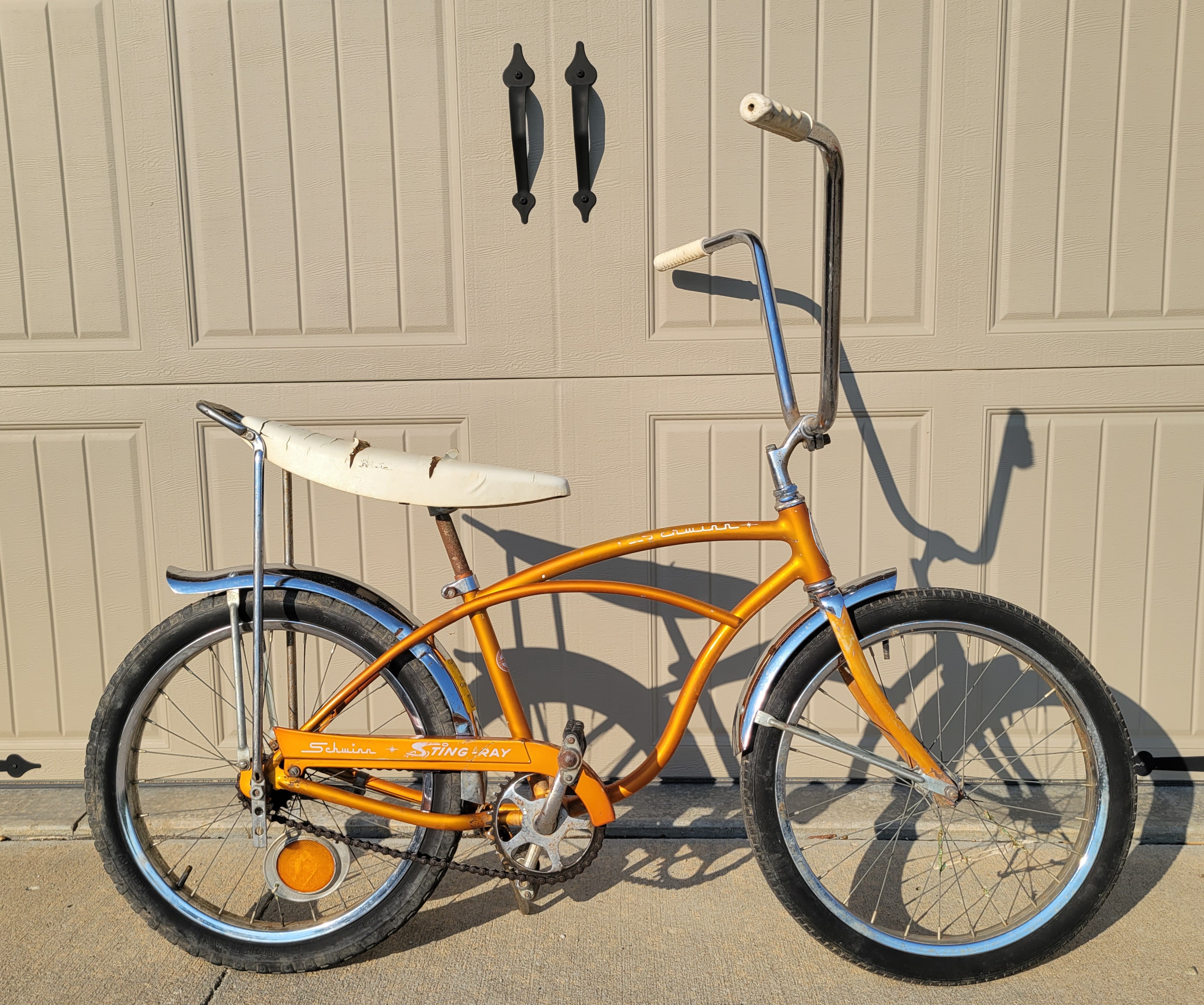 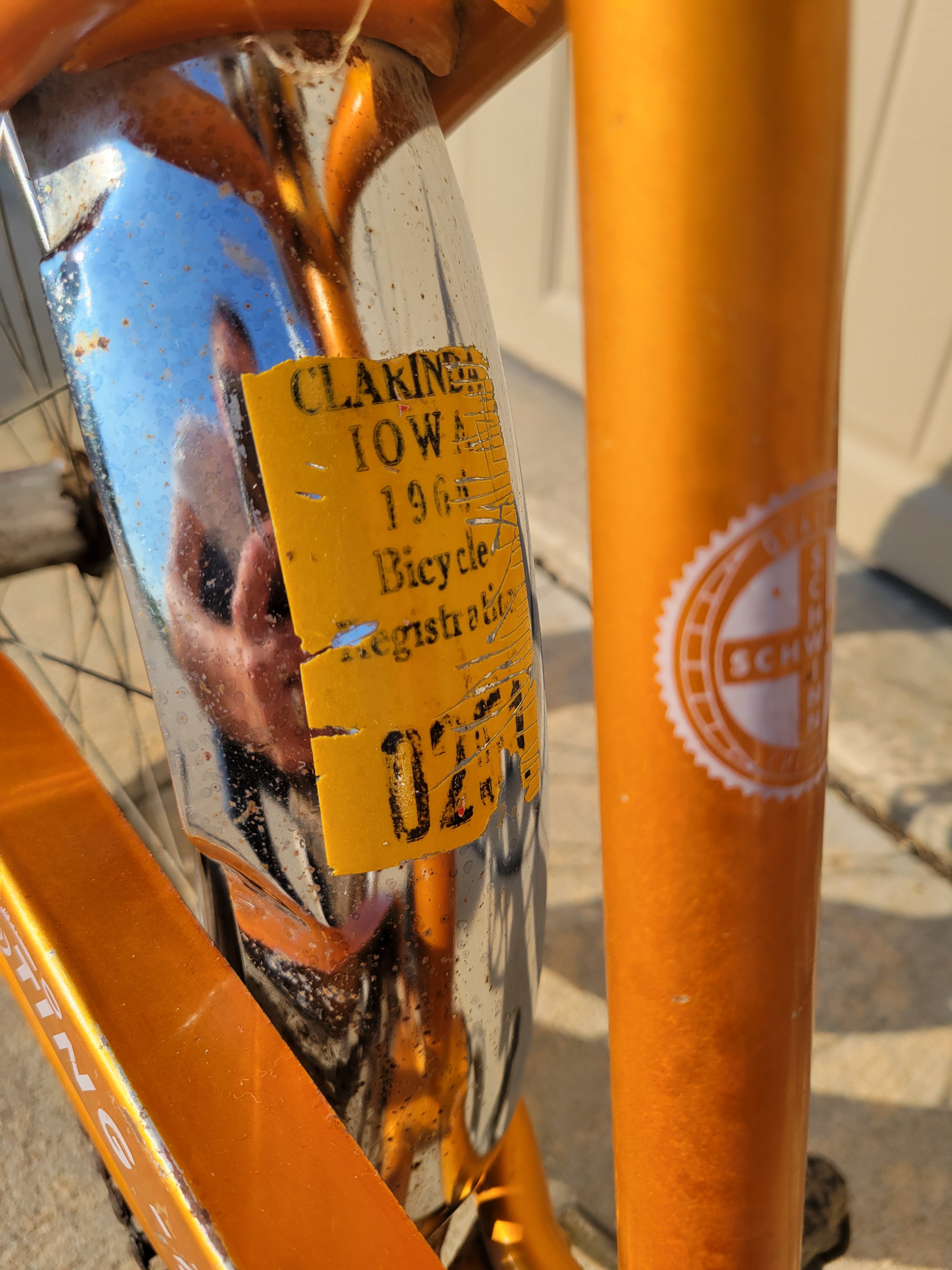 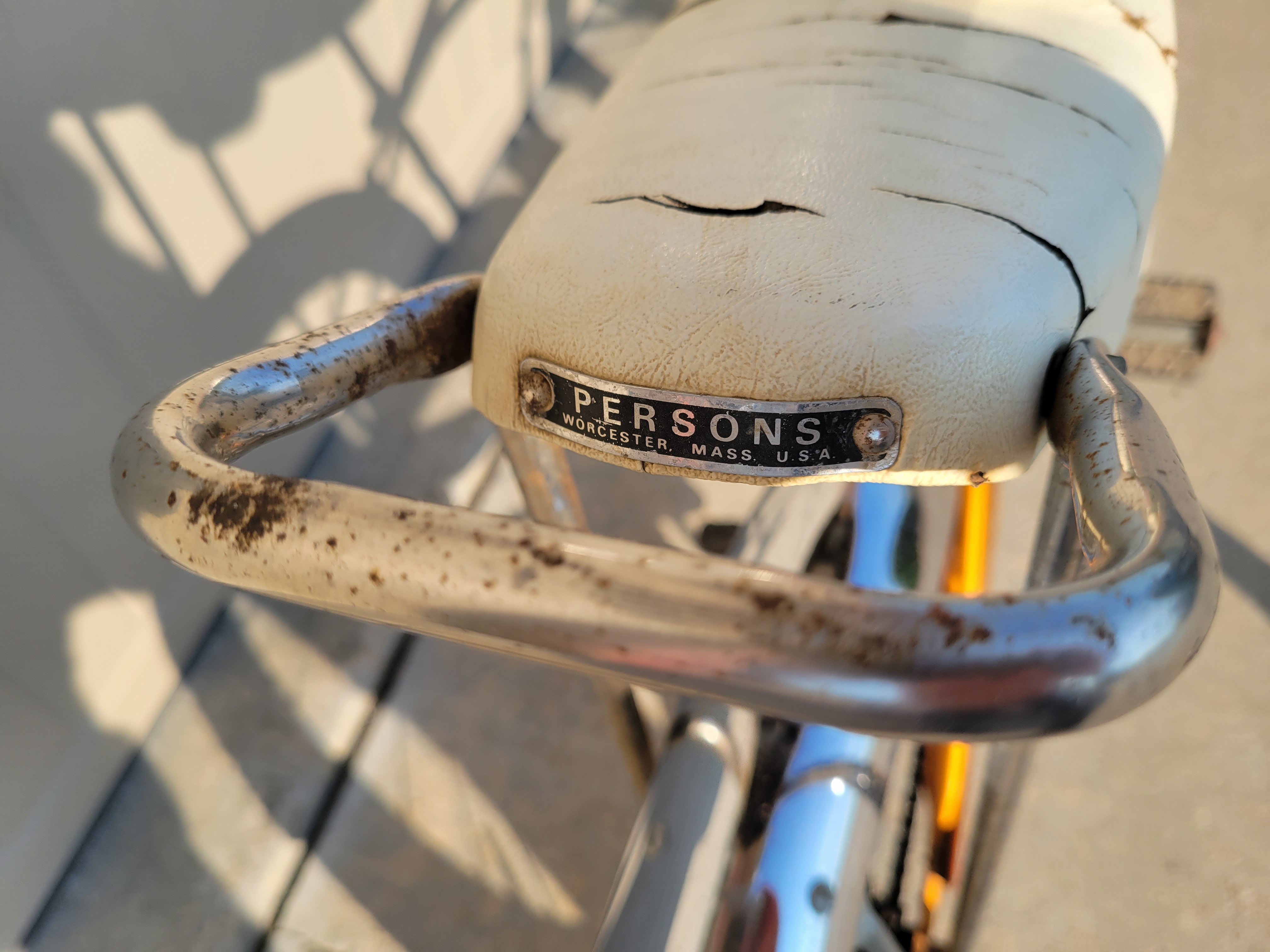 RustyGold said:
Looks like a real complete Deluxe...tires and chainring may be the only non-original parts.

I was thinking it's a standard with fenders? Chain guard is what was pushing me that direction.

Mootree said:
I was thinking it's a standard with fenders? Chain guard is what was pushing me that direction.
Click to expand...

Nice...I thought the chrome fork cap was deluxe...looks like it came on both trims. 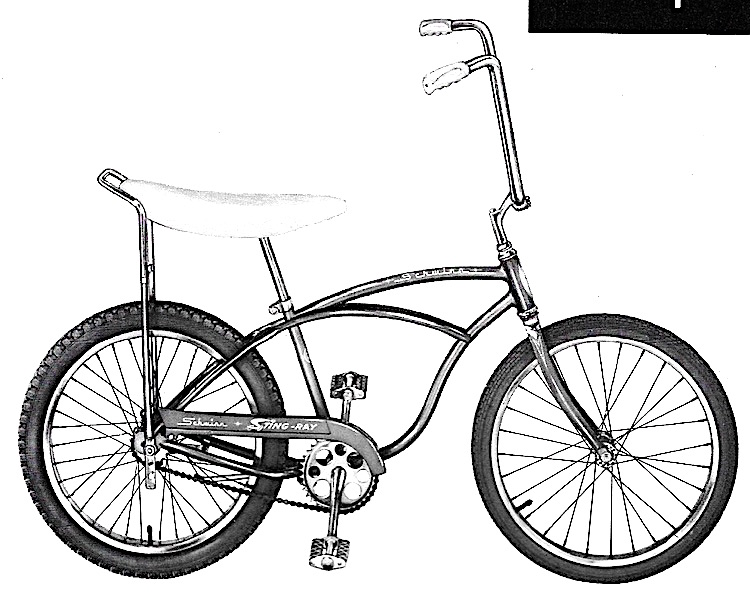 . I honestly have no idea on the deluxe vs standard debate, many experts out there and I'm definitely not one of them lol. 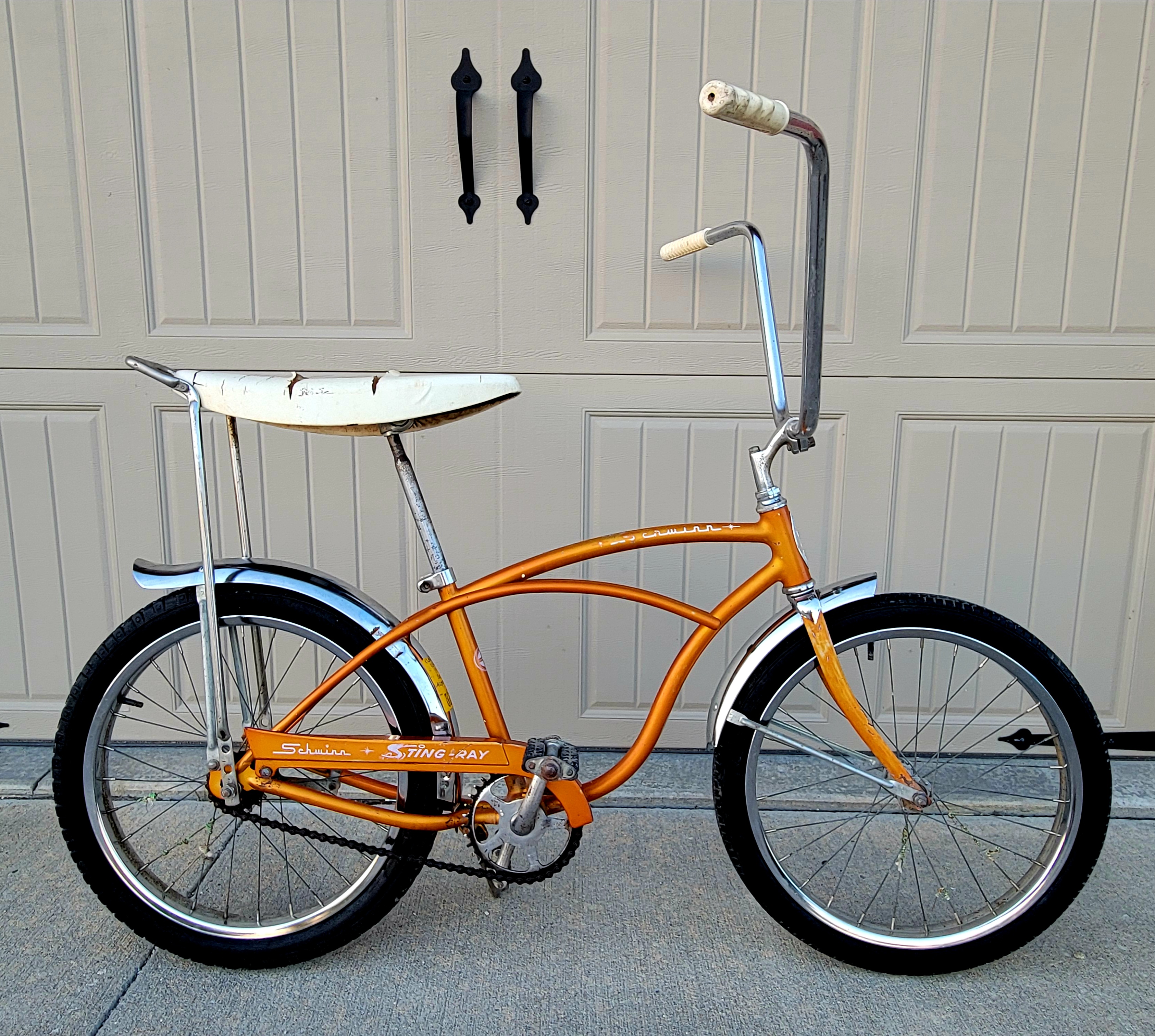 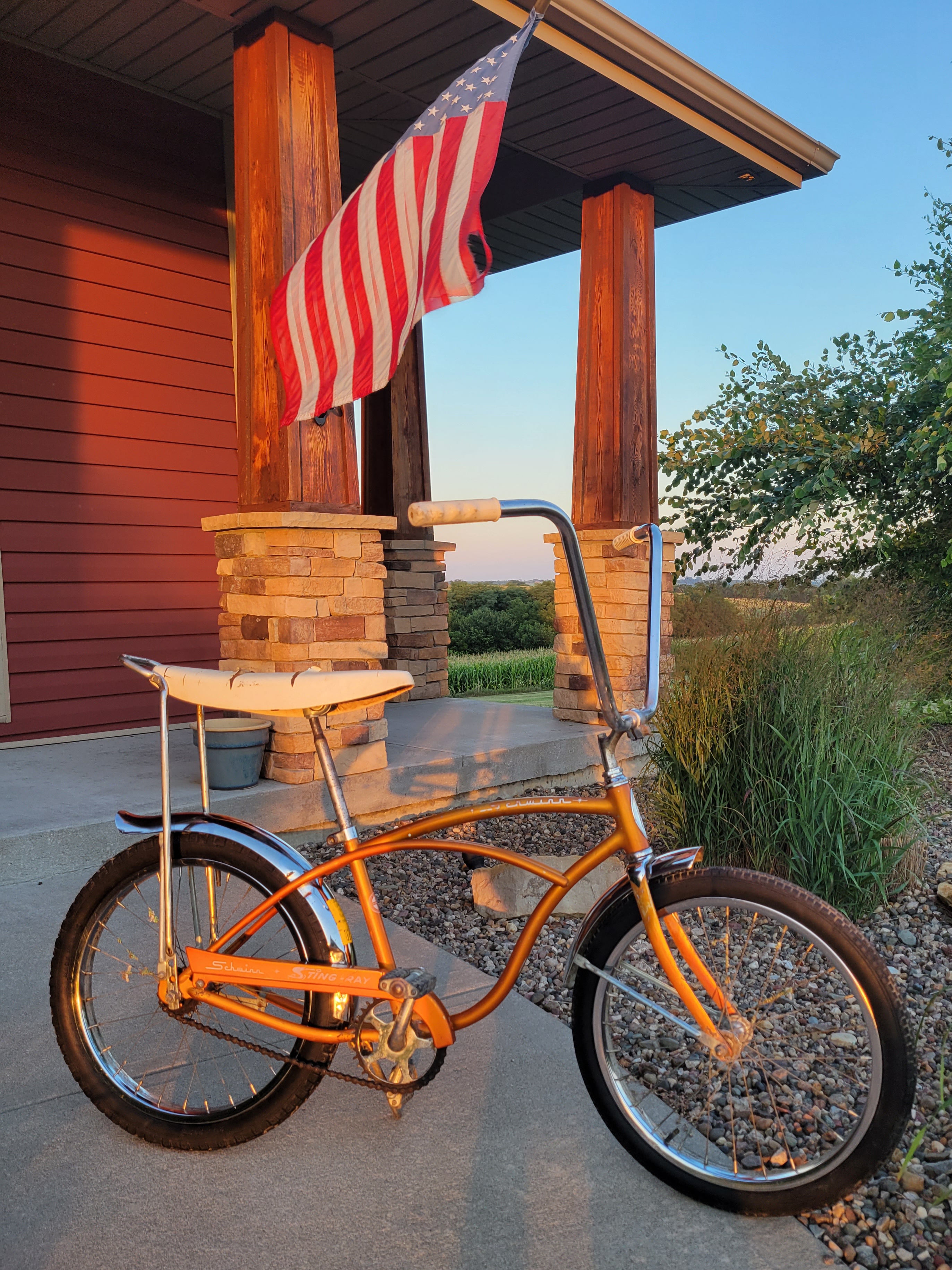 Rating - 100%
1   0   0
It has a bit of fade on the top tube but I haven't even touched the paint. Schwinn chrome and paint quality never cease to amaze me. They come out of a slumber like no other.

Rating - 0%
0   0   0
I had a brand new lime green Schwinn like that in 1964 or so. I think it came standard with a slick drag race style rear tire and I added chopped chrome fenders.

RustyGold said:
Nice...I thought the chrome fork cap was deluxe...looks like it came on both trims.
Click to expand...

Deluxe would have fenders and white wall tires and Deluxe on the guard, standard is fender less and BW tires with just Stingray on the guard otherwise same exact bike
M

Rating - 100%
2   0   0
Also looks like Columbia grips and coloumbia sprocket it should have a 36 tooth lucky 7 sprocket I have one if interested. Killer, killer bike

Rating - 0%
0   0   0
Still gorgeous....But then again I'm a raging Schwinnthusiast so consider me to be slightly biased
Lugged diamond frames, fork crowns, certain types of dropouts and various types of cantilevers or camelbacks. Usually that's what draws me in.....

Is there a such thing as a Schwinnthusiast? If not, then I suppose everything has to have an origin...
V

Rating - 0%
0   0   0
Nice score!! FYI, the fenders aren't original for the year. Even though it has that original license sticker on the fenders they must have been (non Schwinn) after market fenders that were installed by the bike shop or first owner. And the sprocket definitely isn't OG to the bike. You just need a Lucky-7 sprocket, original Schwinn grips and remove the fenders and you won't get harassed by the hardcore Stingray guys
Share:
Facebook Twitter Reddit Pinterest Tumblr WhatsApp Email Share Link