Rating - 100%
3   0   0
Absolutely noob to the e bike scene and don't have any desire to get one honestly. However, the Mrs has decided she would really like one and if it encourages her to get out more I am all for it

Primary use will be paved bike paths. Will probably never see off road with the exception of possibly ridden on the beach at low tide when the hard pack is exposed

I think pedal assist should be fine as she is a relatively competent rider and has good cycling legs already. But I'm a noob so I'll listen to all thoughts 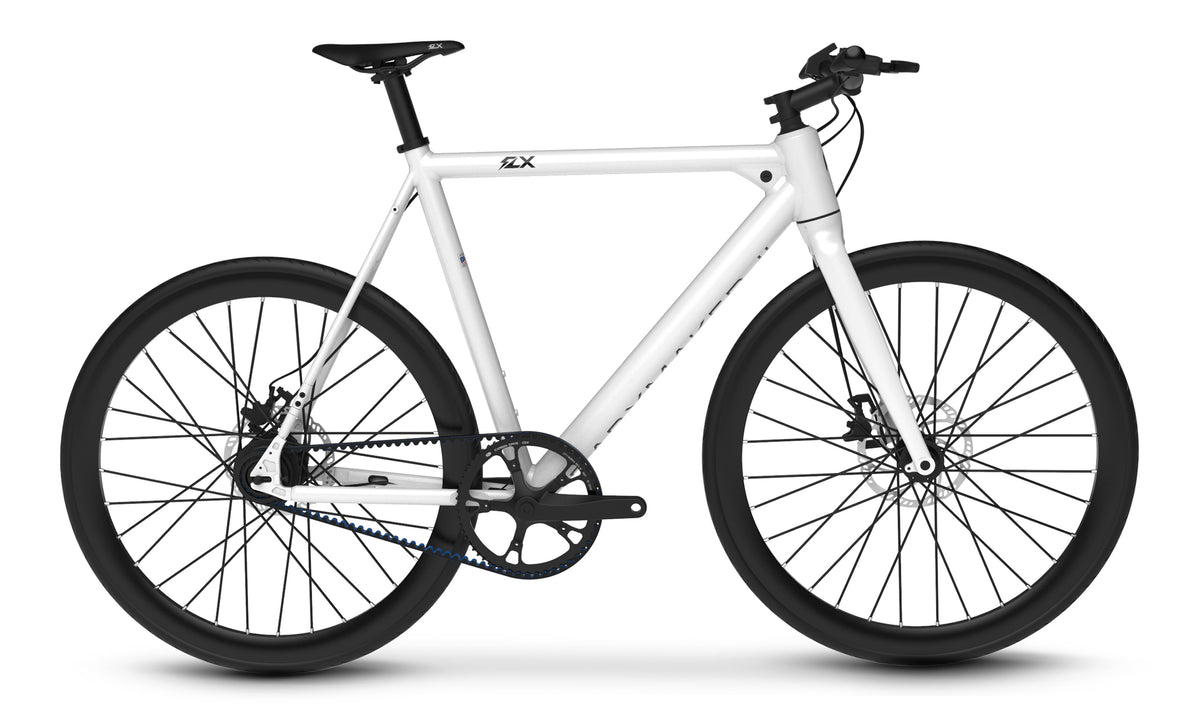 Our best selling electric bike is back and assembled in the USA. Features include a single speed Gates belt drive, compact LCD display and sleek polished frame. Powered by an integrated battery and quiet rear hub motor, this bike is great for your daily commute or urban adventure.

flx.bike
Never grow up then you never grow old
P

Rating - 100%
63   0   0
a friend of mine with similar opinions as yours bought one for his wife recently, and it transformed their times together riding. He's very glad he purchased it.
"It’s kind’a tough to grow old when your feet are sitting on a pedal!" -ZigoteLittle (RIP)
search eBay user ijt64 for Made in USA Thompson Classic ball end grips and coke bottle grips

ifitsfreeitsforme said:
a friend of mine with similar opinions as yours bought one for his wife recently, and it transformed their times together riding. He's very glad he purchased it.
Click to expand...

Never grow up then you never grow old

At the time it was backordered but they offered 15% off for the wait. Made it worth it 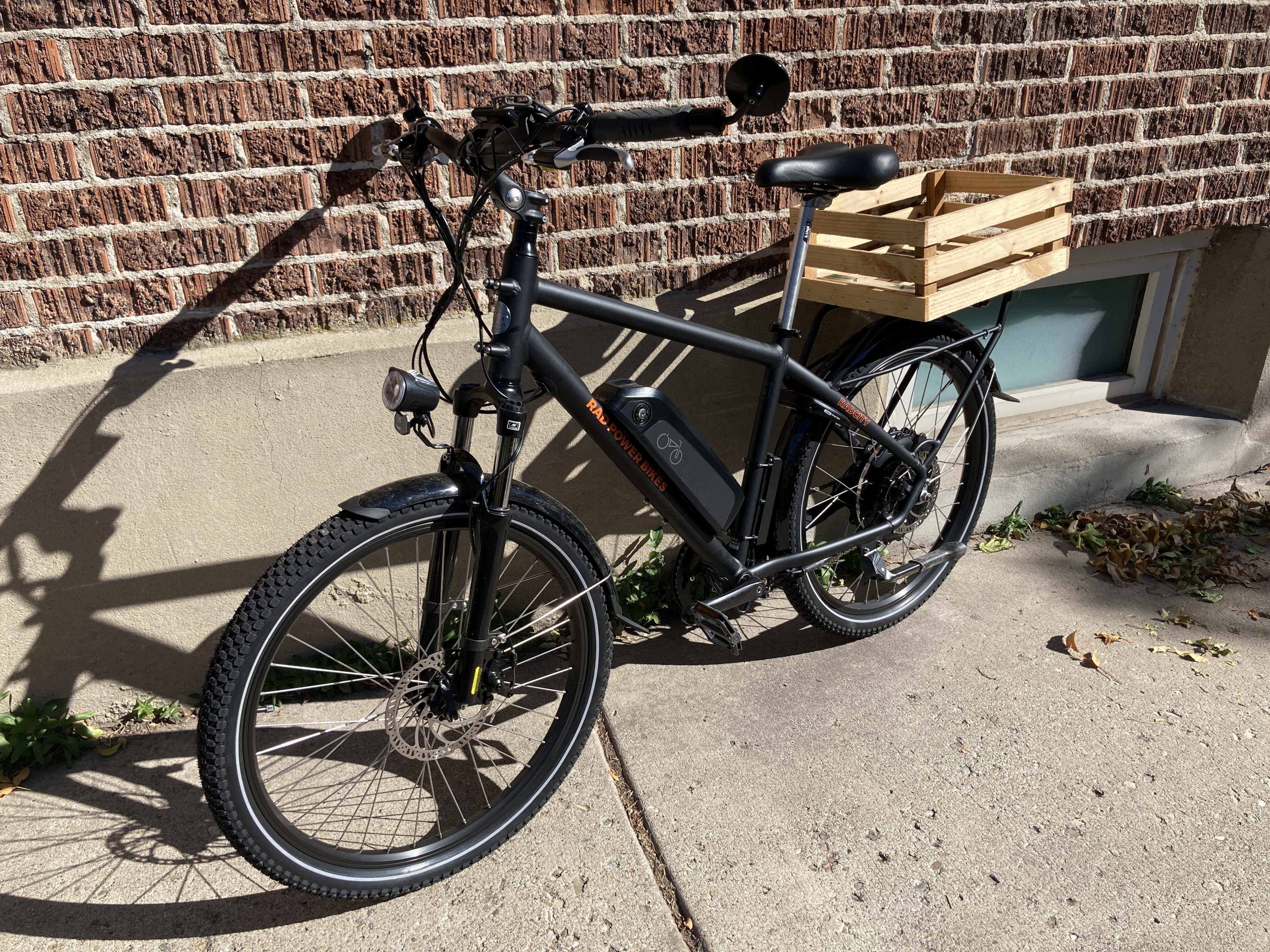 Ricky, you have permission to swear and smoke.

Rating - 0%
0   0   0
Our local coop got a Natko last winter. Retails for $759. When I looked it up, it was on sale for $749. Woo hoo. Nearly brand new. From the nubs on the tires I'd guess it was ridden one time. Anyhow we got the bike because the fork had snapped off. The steerer tube was ripped apart about 2 inches above the fork crown. There was still blood on the frame (not much though). The build quality of this $750 ebike was worse than the countless bsos the coop gets. The headtube was flared way out from the fork levering itself out during the crash. Scrapped. A few undamaged parts sold off. Close examination showed a couple things. The steerer was pitted all over and had been chrome plated. Clearly a low quality steel manufactured in a dirty place. The plating "case hardened" the steel. The ripped section wasn't a clean break across the steel, it was curved up at the outer edges where the harder chrome was. The other item was huge dents in the fork crown bearing race. Worse than any pitted headset I've ever seen. I think the headset was over tightened to an extreme amount. I have no idea how they could have even steered the bike if it was that tight. So tight to make dents where the ball bearings met the low quality steel race and enough to tension the steerer to just short of failure. Until someone rode it and stressed it just that little bit extra.

My recommendation for ebikes is don't go cheap. There is no useful warranty on cheap bikes and zero service when you mail order. Any such bike would have to be considered disposable when it breaks down.

I read an interview with a long term ebike dealer. He pointed out that most ebike companies use custom made battery packs and the companies are likely to be out of business by the time your bike needs service or parts. There are a couple of places that will rebuild battery packs if you can figure out how to ship lithium ion batteries and pay the $600+ rebuild cost up front with zero guarantees that will fix your ebike. I have another friend who sells 100+ ebikes a year. He always says no to any customers looking to get other brands repaired.

Name brand ebikes from Trek or Specialized dealers may have more hope of repair and parts. They aren't cheap. $3000+

There have been many thousands of ebike models. Most have the same basic problem of not being standard and going out of business quickly. So many want to design something unique. Bad idea. Many designers seem to value artistic appeal way over practical or repair-ability.

For women with out extensive cycling history, I'd suggest small fat wheels. They are far more stable to ride. One of my former bosses bought one like that I recommended and she has been pretty happy with it. Hasn't crashed yet afaik. There are scads of youtube videos of women crashing motorized 2,3 & 4 wheels. Watch some and you will get the point about experience.

One plan is to rent. Try them out a few times. Maybe they won't fall for the dark side when they get over the initial excitement. Lots of cities have free range rental ebikes and scooters to try out.

Tall people can ride short ebikes with no problem. Smaller wheels and a low seat make it more stable. The only reason to get the seat up to normal height is if they are actually going to pedal longer distances.

Ebikes come in 2 modes: Pedal assist or throttle control. Most have a mode switch which invariably gets set to throttle. Despite the endless excuses about why they need ebikes, it really comes down to lazy fun.

The SUPER 73 is one of the most fun ebikes. Small fat tires go anywhere. Originally styled like a 1960s mini bike with the electric motor mounted where the gas motor was. Now they are all pedal with hub motors and more refined styles.. Pretty reasonable too for the base models. They've been around about 10 years now.

One of my coop customers made a couple ebikes from bicycles. One was built on a walmart Mongoose Dolomite 7 speed fat bike with a bottom bracket motor. He let me take if for a spin. At 45 mph (in a middle gear) I found the super heavy wheels had so much flywheel effect I could barely steer the bike to keep in on the road. I'd bet that bike could hit 70 mph in a straight line but with nearly no control it would likely be a final ride.

Rating - 0%
0   0   0
My wife and I have about 2500 miles apiece on our Rad City 4's. These have been wonderful bikes. We are on the second year of owning with really no problems. We bought Rad because they looked like they may be around for a while. The other thing about Rad is that their bikes look a lot like Mopeds in how durable they are built. They us a 750 watt (one horsepower) motor that is mounted in the rear hub. Unlike Trek, Specialized an many others who put powerful motors driving 9 and 10 speed chains the Rad motors don't wear on the human driven components. Everything is beefier to take all the extra strain of the electric motor. The bikes we own have 2.3" wide tires which have proven to be great on pavement and gravel. As the batteries wear I have seen no sign of reduced capacity yet but the company is still in business so a new battery is available if needed. We are older and my wife had stopped riding her hybrid Trek with me. These electric bikes opened up all kinds of rides including longer rides we hadn't done in years. Longer for us is 20 miles or so. We ride in Power Assist Level 1 which makes us work harder and gives us lots of battery power in case we need it if we tire too soon. This surprisingly hasn't happened yet but it is reassuring that that power is available. We highly recommend electric bikes, especially Rad.
Share:
Facebook Twitter Reddit Pinterest Tumblr WhatsApp Email Share Link