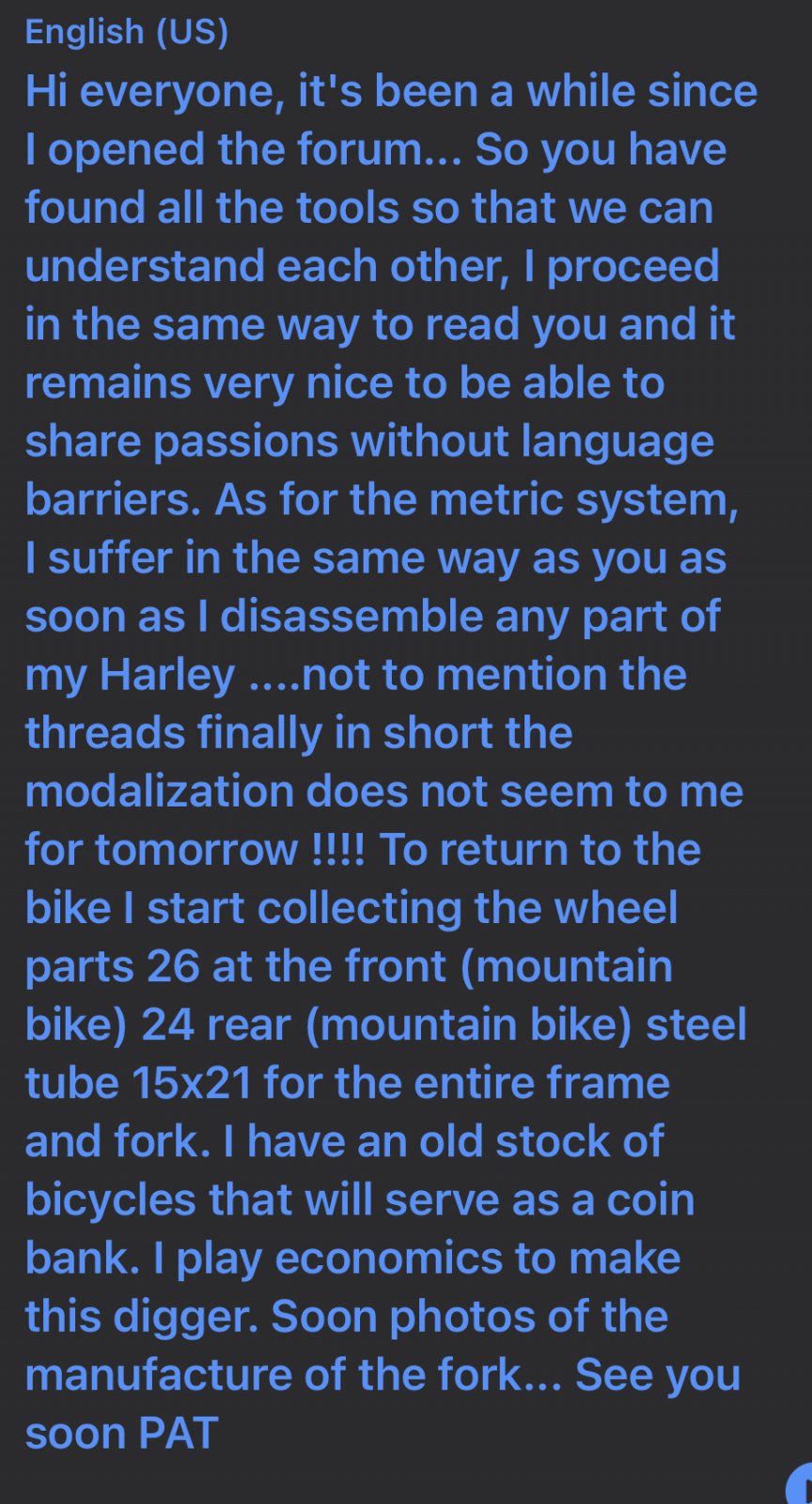 Well the Google translator is a miracle but I’m not sure it gets everything quite right.

This translation is confusing, idiomatically.

I agree completely about working on Harleys, although often my Kawasaki is even more difficult. The people who build Asian motorcycles have very tiny hands.

Of course you can always get an appropriate answer. One close enough to adjust with a hammer.


When I was a child in 1960 they told us all to start learning the metric system. They started teaching us in school.

62 years later America has not adopted metric standards except in bits and pieces where it was easy to do. I had three different General Motors vehicles that were part Metric and part English.

It caused all US mechanics to buy a lot of new wrenches.

Where it says “I play economics” I believe it should say “I have a budget.”

Bummer! Take it easy... looking forward to the return of the Digger.

When I used to cycle home from my job as a mechanic, I used to travel a road used by a couple of garages. I still have a 10 mm deep socket, a small pair of side cutters and several other small tools that clearly fell out after being left under the bonnet/hood of different cars.

How sad! I was anticipating a styling tour de force in the French mode. Mostly what I see locally is the Mexican Lowrider styles.

There are only two French machines that I ever see around here:

A old Peugeot bike down the street that belongs to a Lebanese fellow, and my kitchen gas range, made in France by Electrolux.