I built it to race. The race is over. Done that, over it, time to move on to other projects, no storage room so it's for sale. 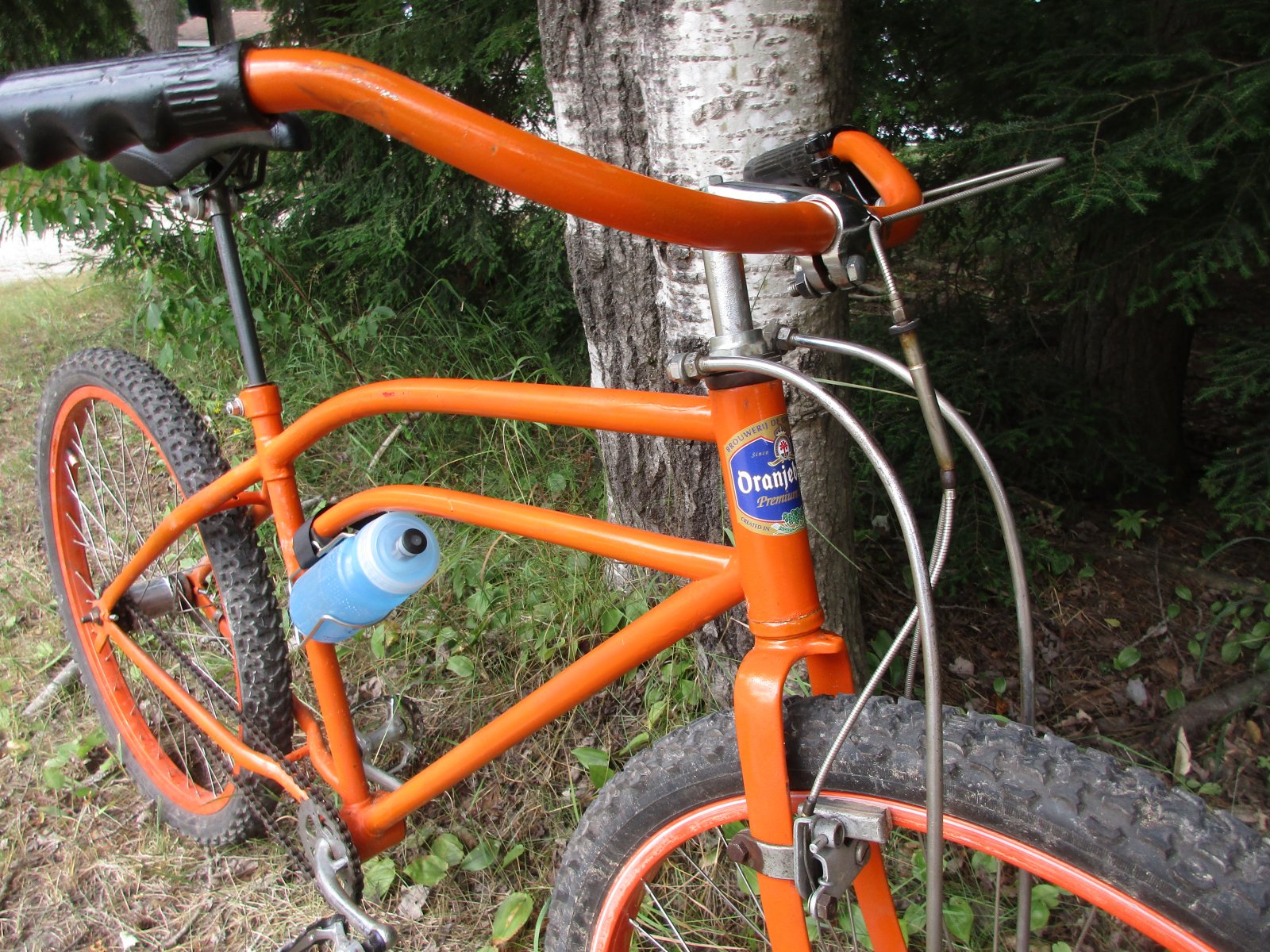 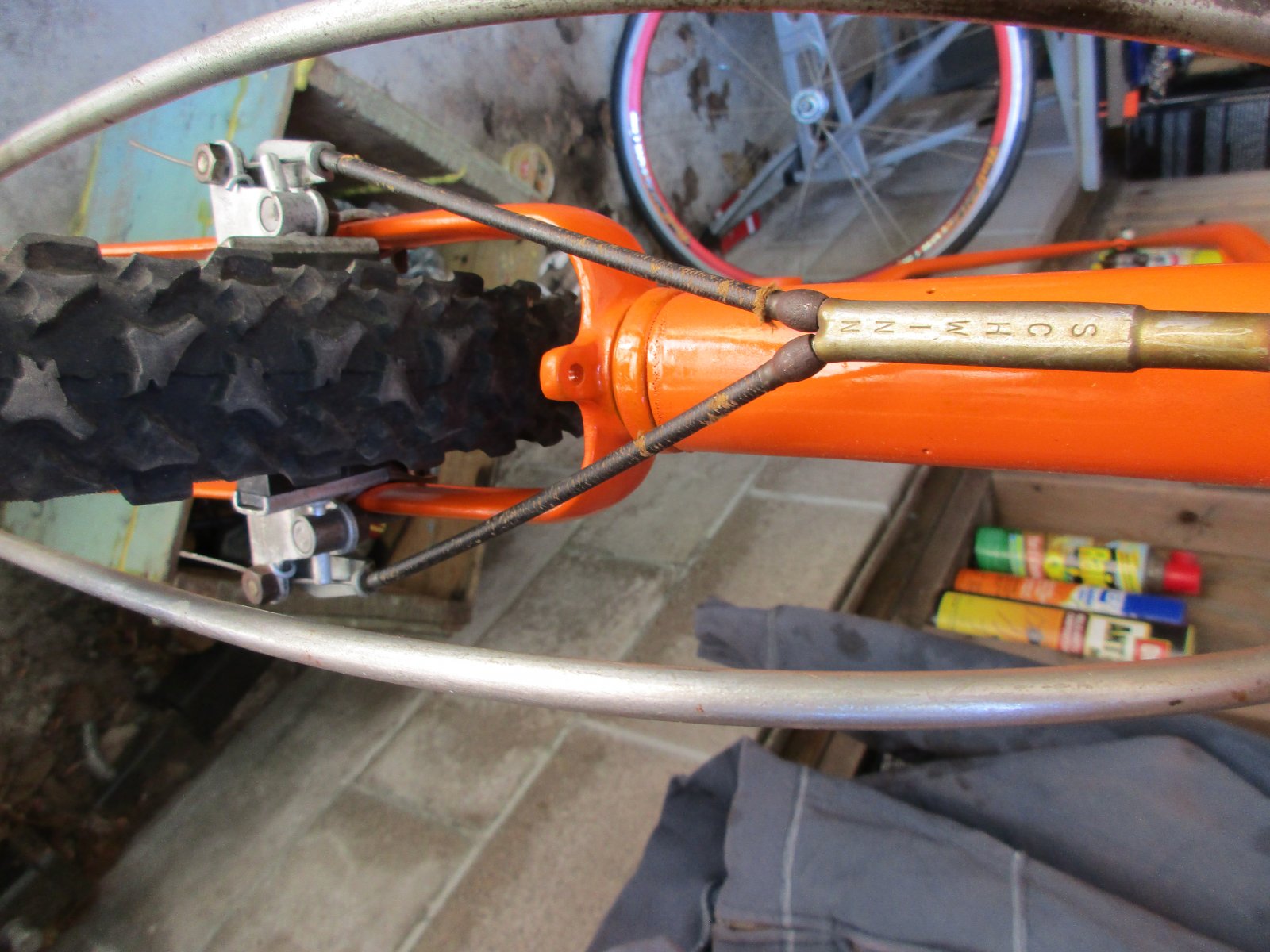 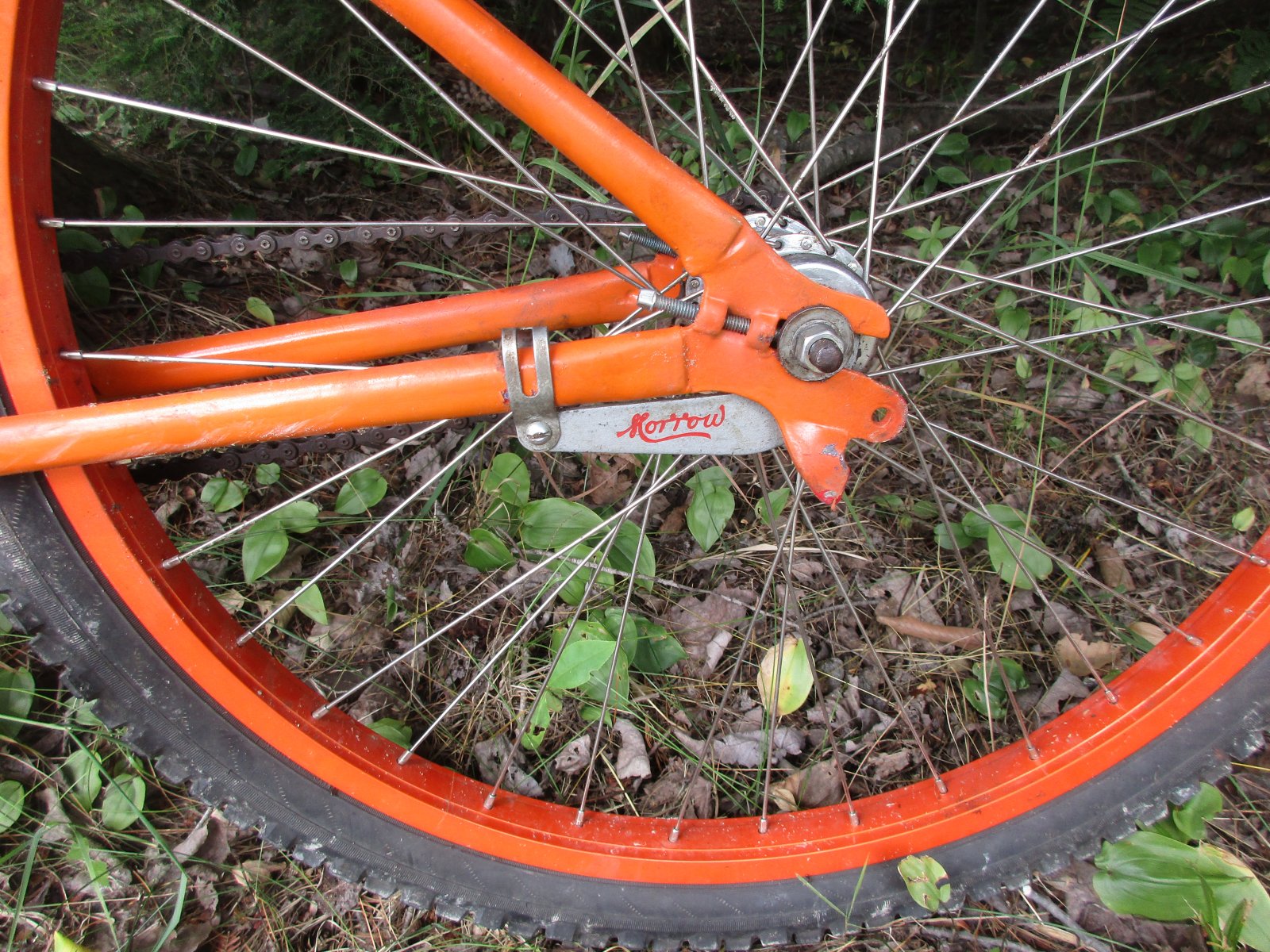 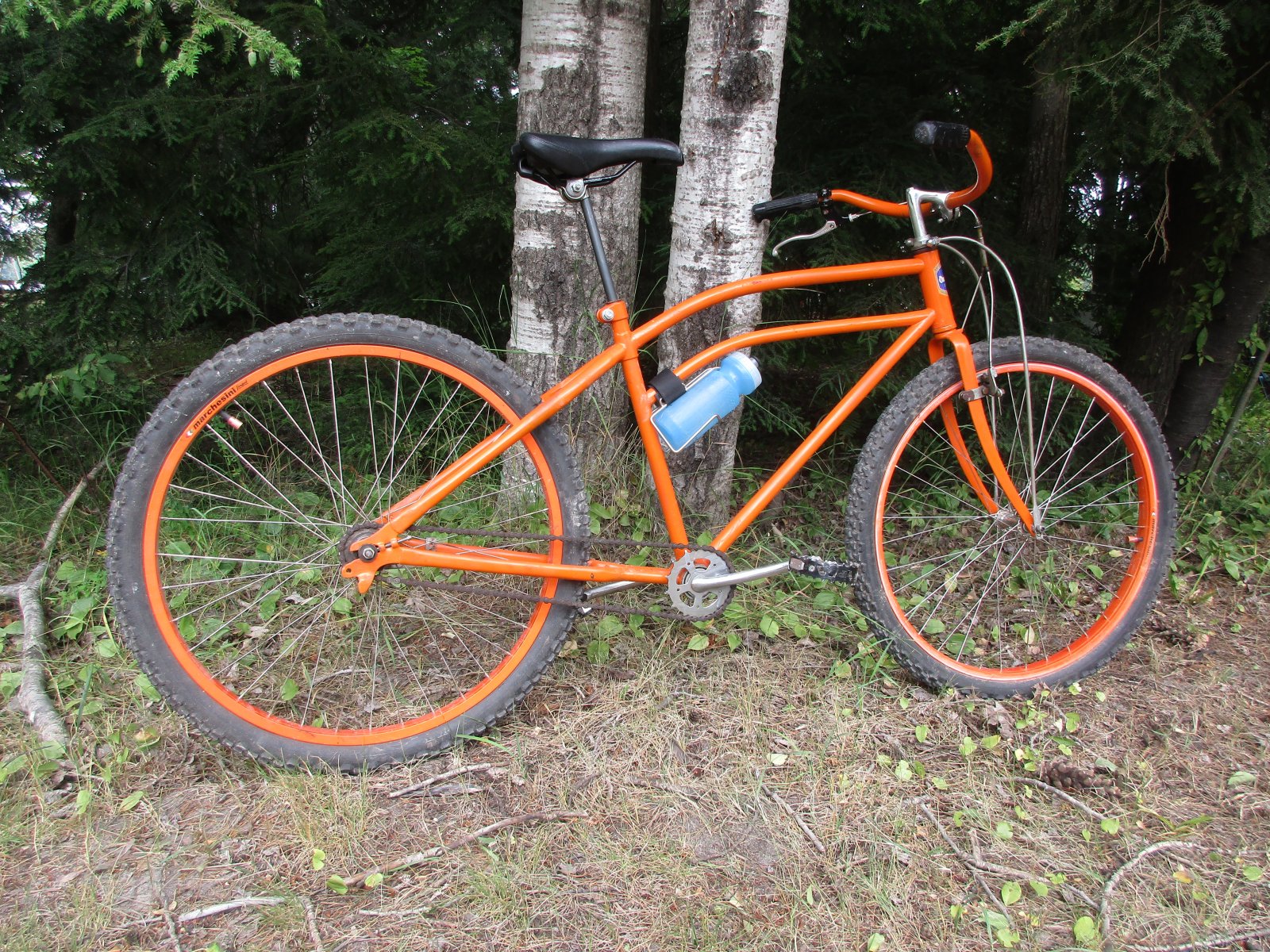 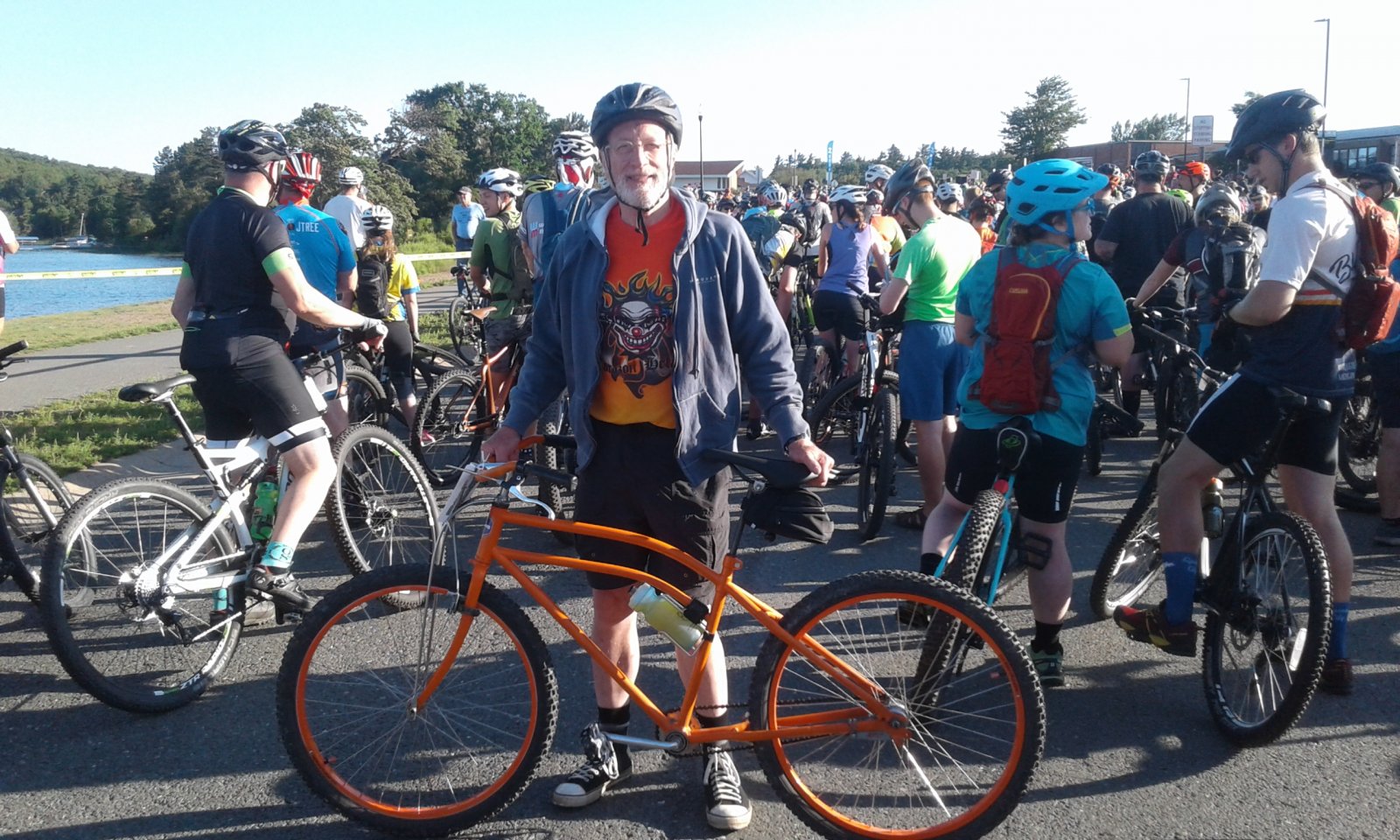 Great job on this kool klunker! How about a Final Photo with the bike standing on the shoreline of The Lake? Be a great nod to your race for which it was built.

And, orange you glad you didn't paint it yellow?

Very nice. I'll bet it's the only bike from this build off that actually was in a race.

I found a picture of me racing the Oranjaboom Bomber in the Ore to Shore. The picture was taken at the end of the two mile roll out on paved roads. This is just before it went into the woods trails. I'm back with the Clydesdales and old folks. I ended out in about the same place as I started. This was from he official race photo gallery. The most fun was when someone all kitted out on a pricy bike would pass me and say "thats a cool bike". I would say "how much did your bike cost". The answer was usually in the thousands. I would say "Oh, that's too bad, mine was $25". I couldn't help being mean, after all it was a race for last place. Of course the $25 was what it cost new when it wasn't a Frakenbike, but I think I got the best deal, I ended out in the upper third of the final pack and only had a modern helmet and water bottle. The grips were so old that they partially disintegrated in my hands and made my palms all black. I used an orange rayon shirt, cotton shorts, cotton dress sox and black high top Converse style tennis shoes. I did glue on a new shoe soles of sticky rubber, just to be stealthy. 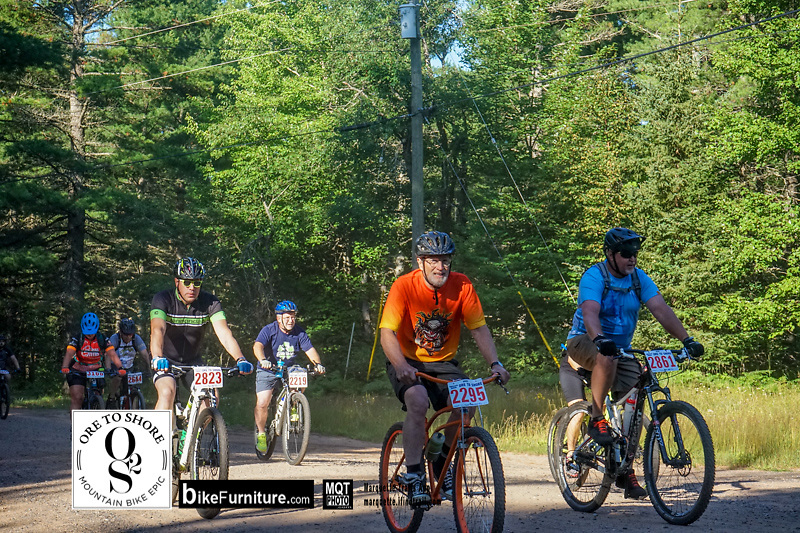 Hey folks, I waded through a few thousand photos on the Ore to Shore gallery and found my finish picture, proof I finished. Looks like fun or not? 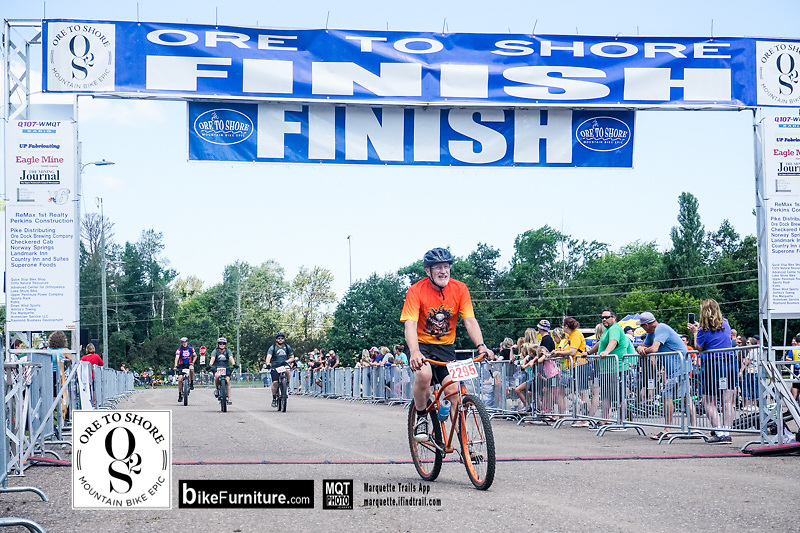 Hey, you and your bike both finished in nearly the same shape they started in. Can't ask for much more than that!

Great build and story!
Well done! Don't forget to post a link to your build thread at the beginning of this finished thread.