I started with this, a scrap yard recovery... 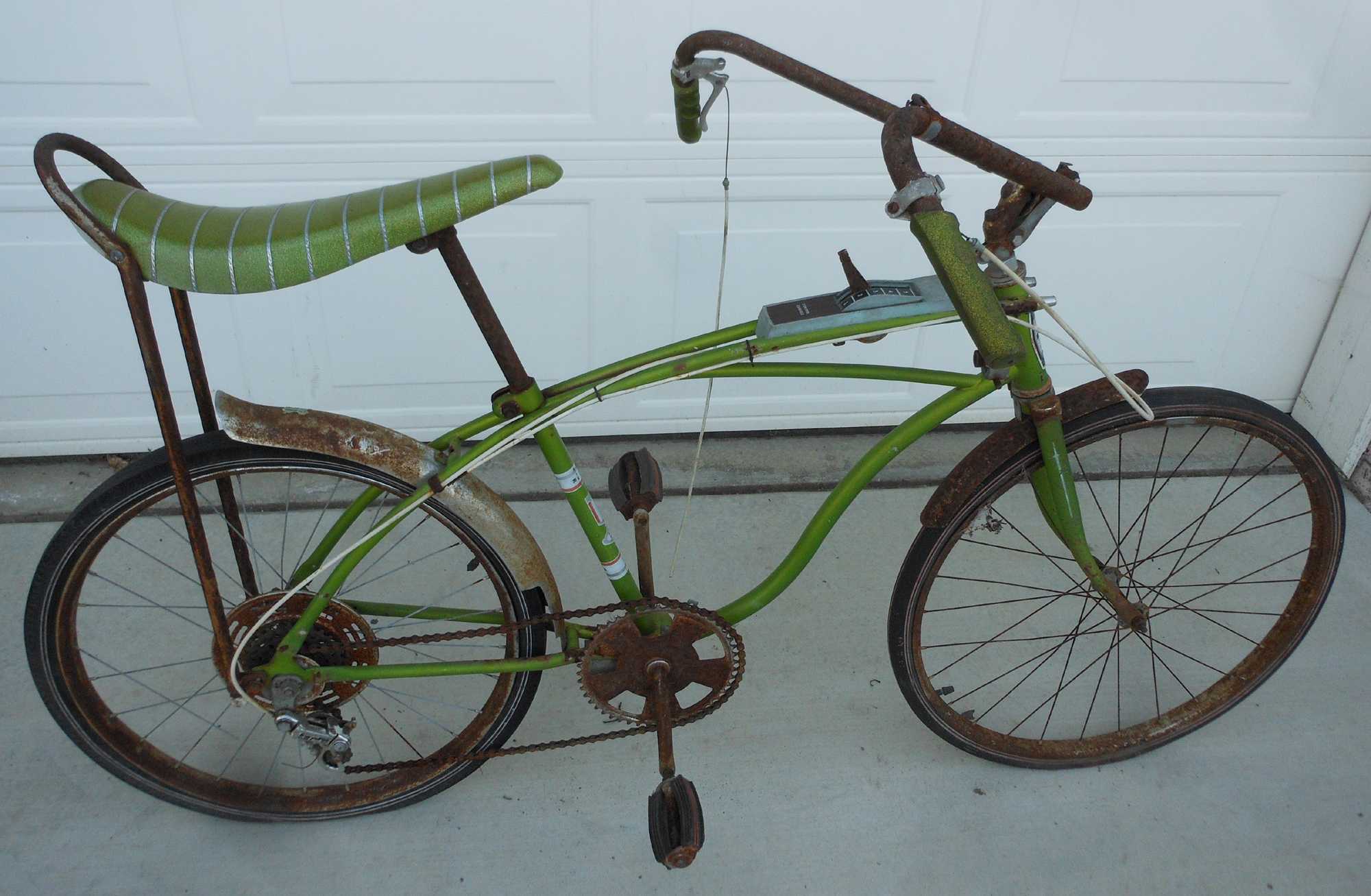 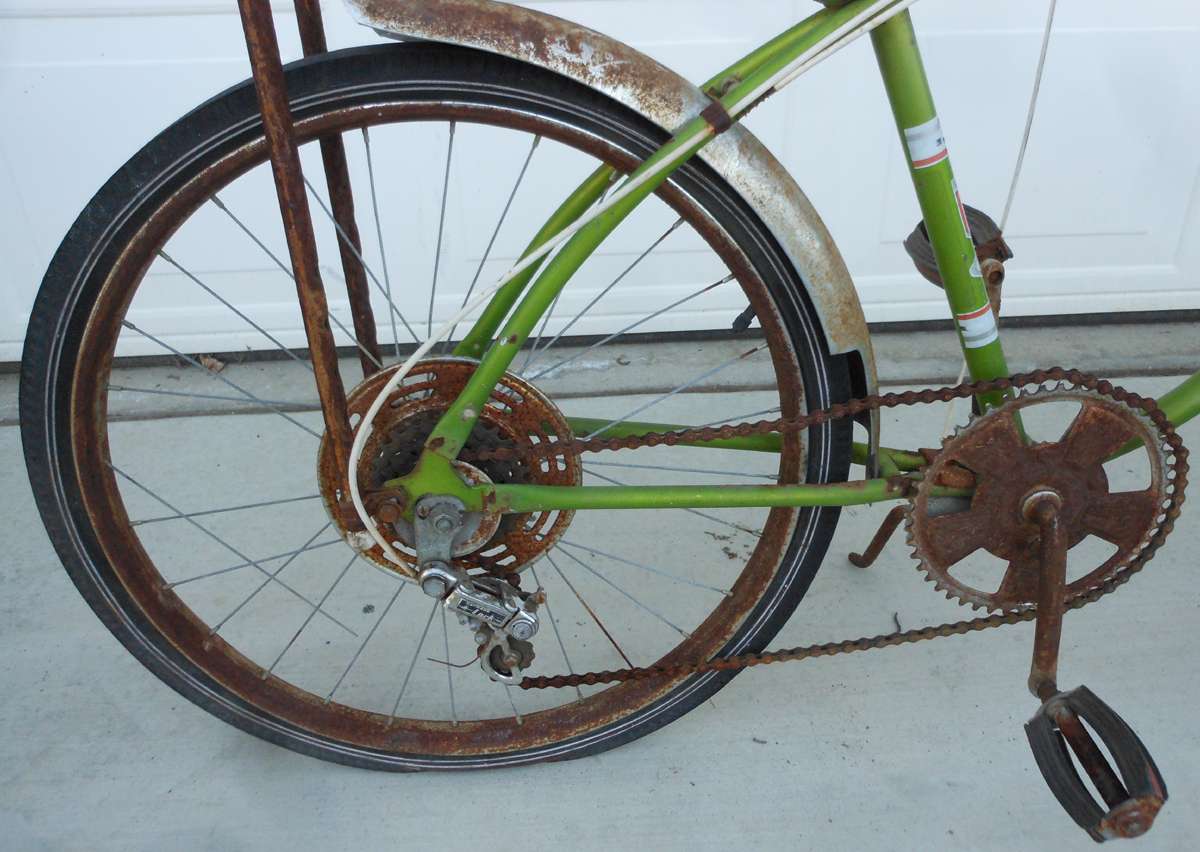 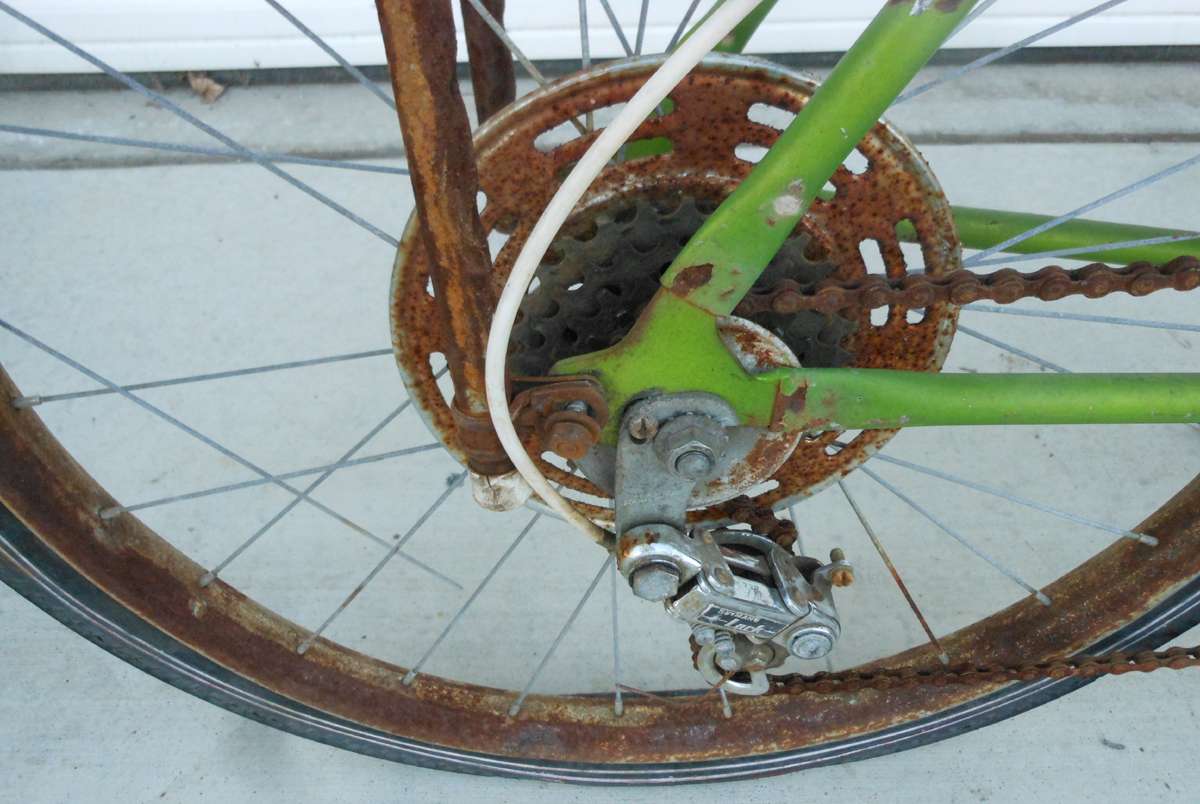 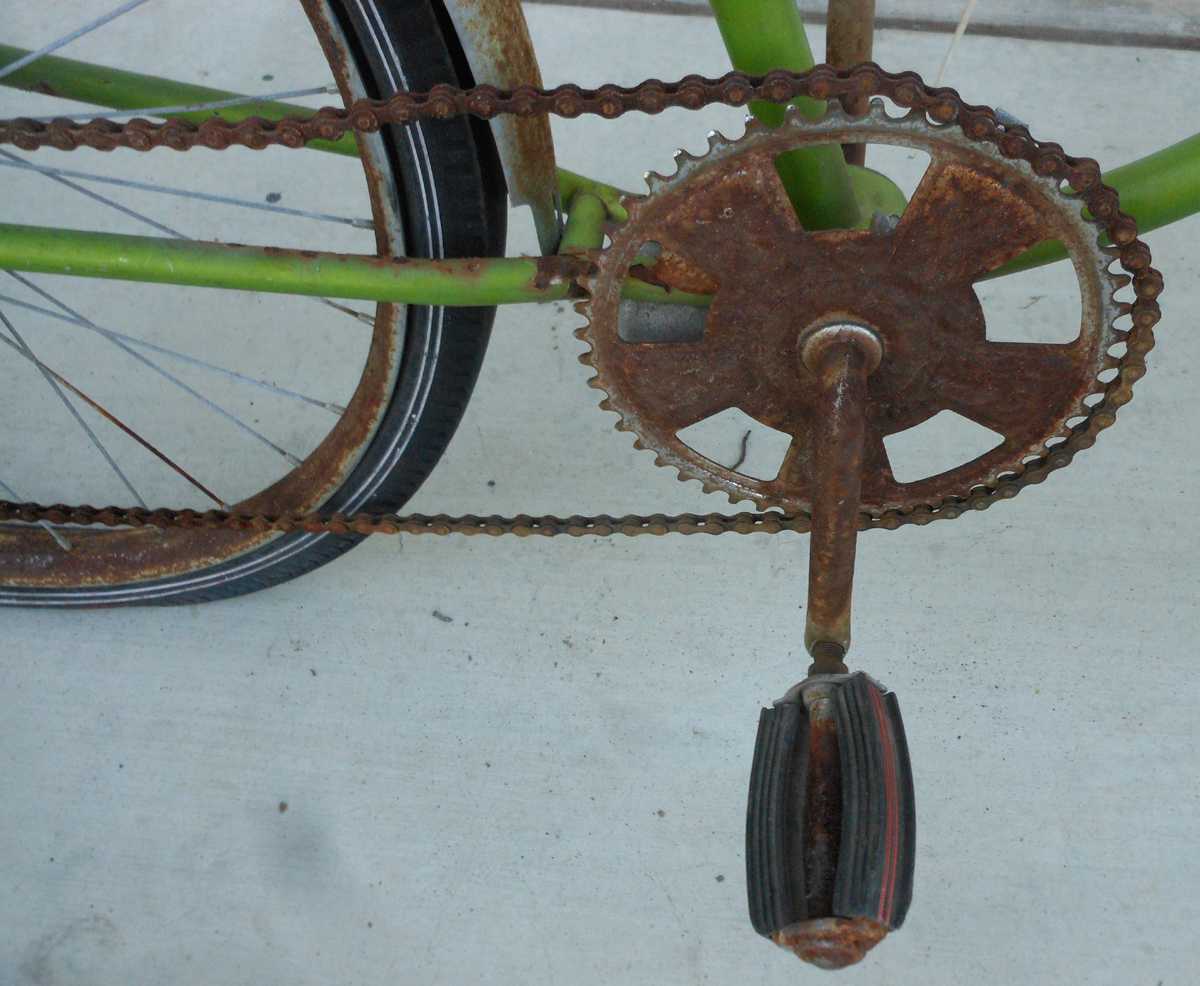 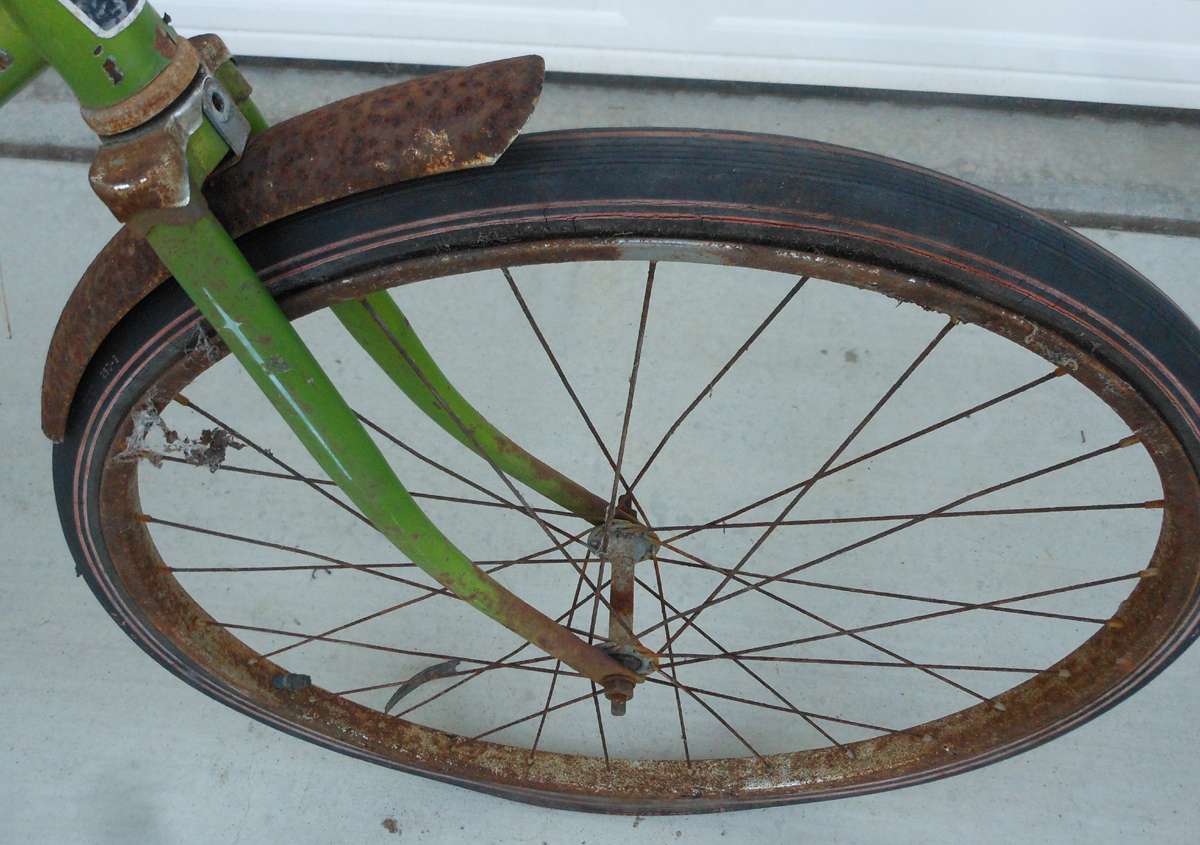 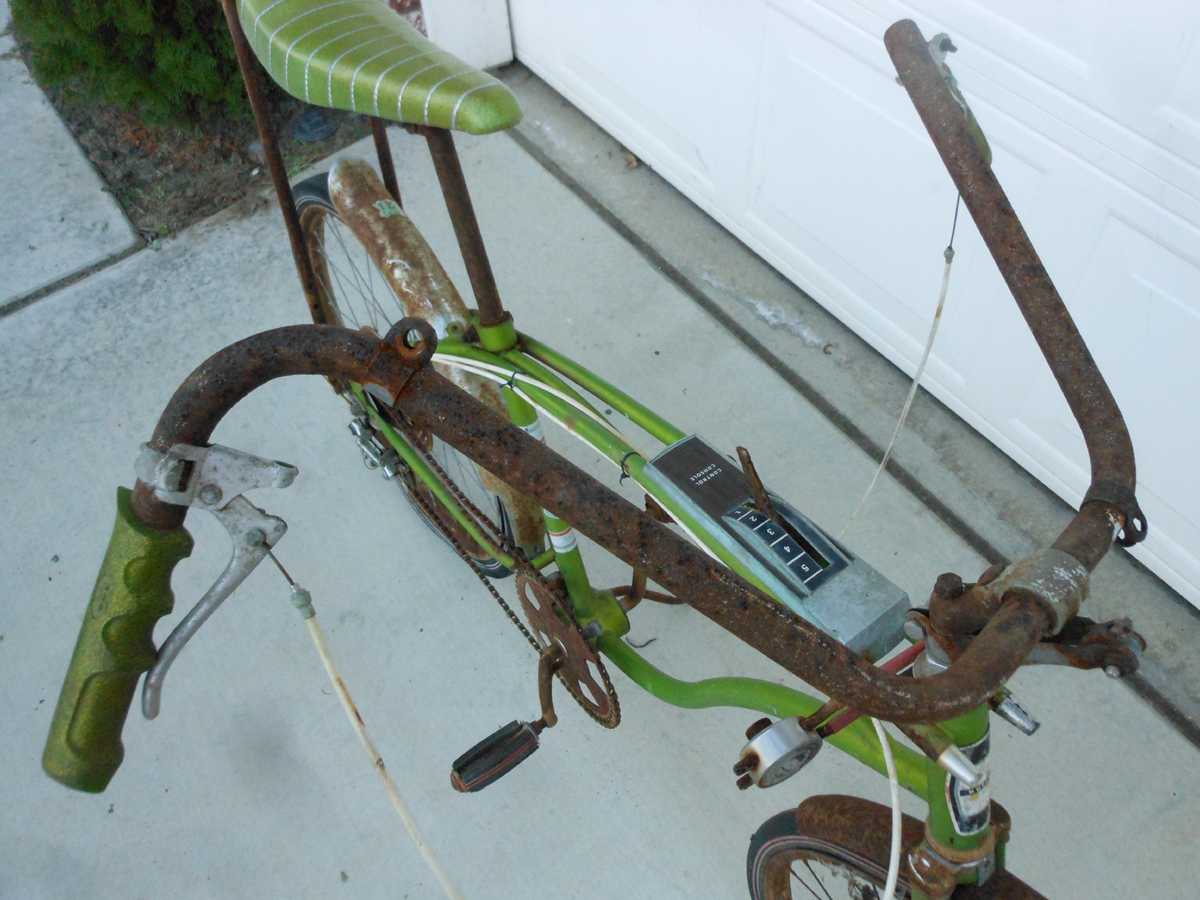 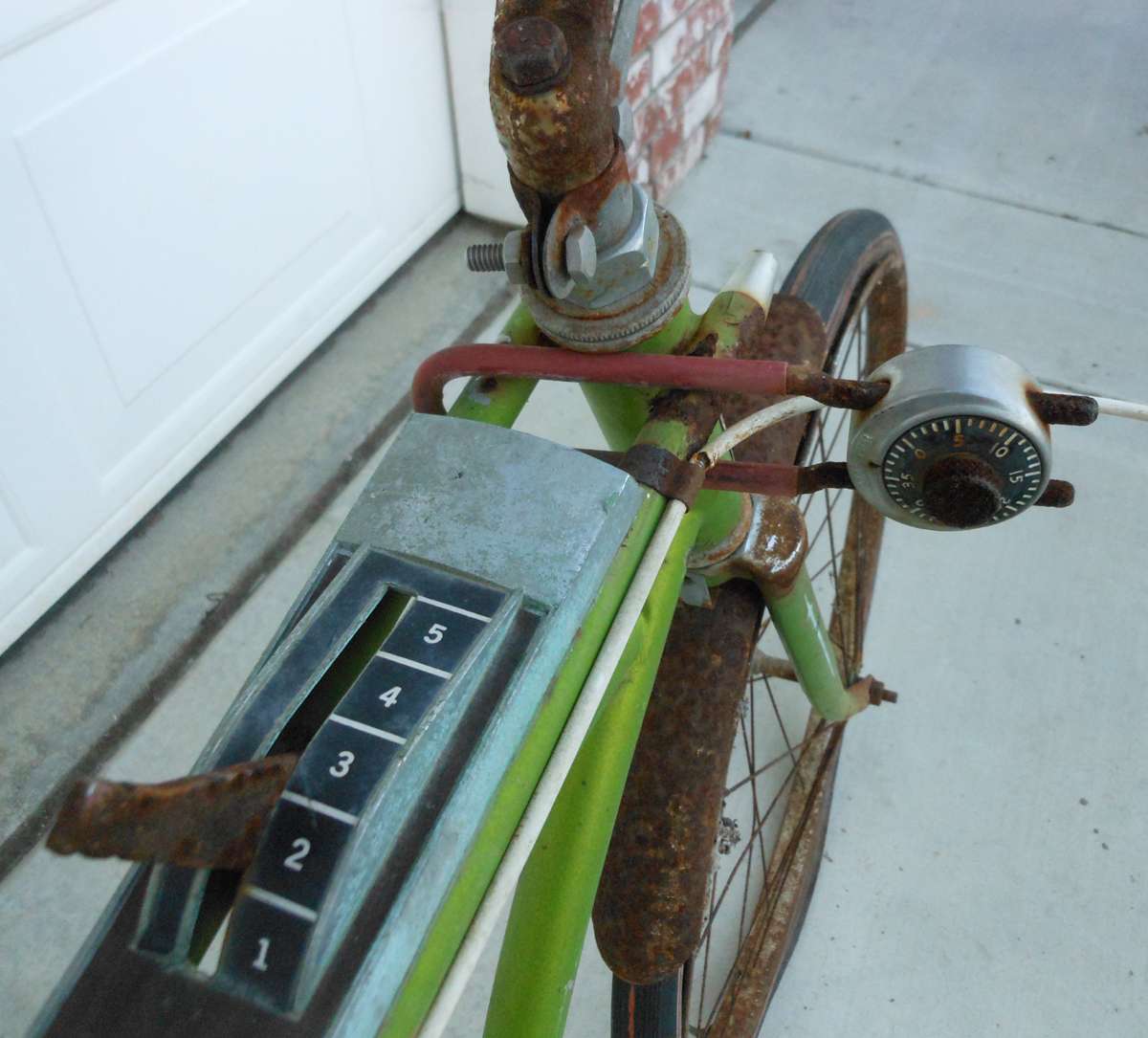 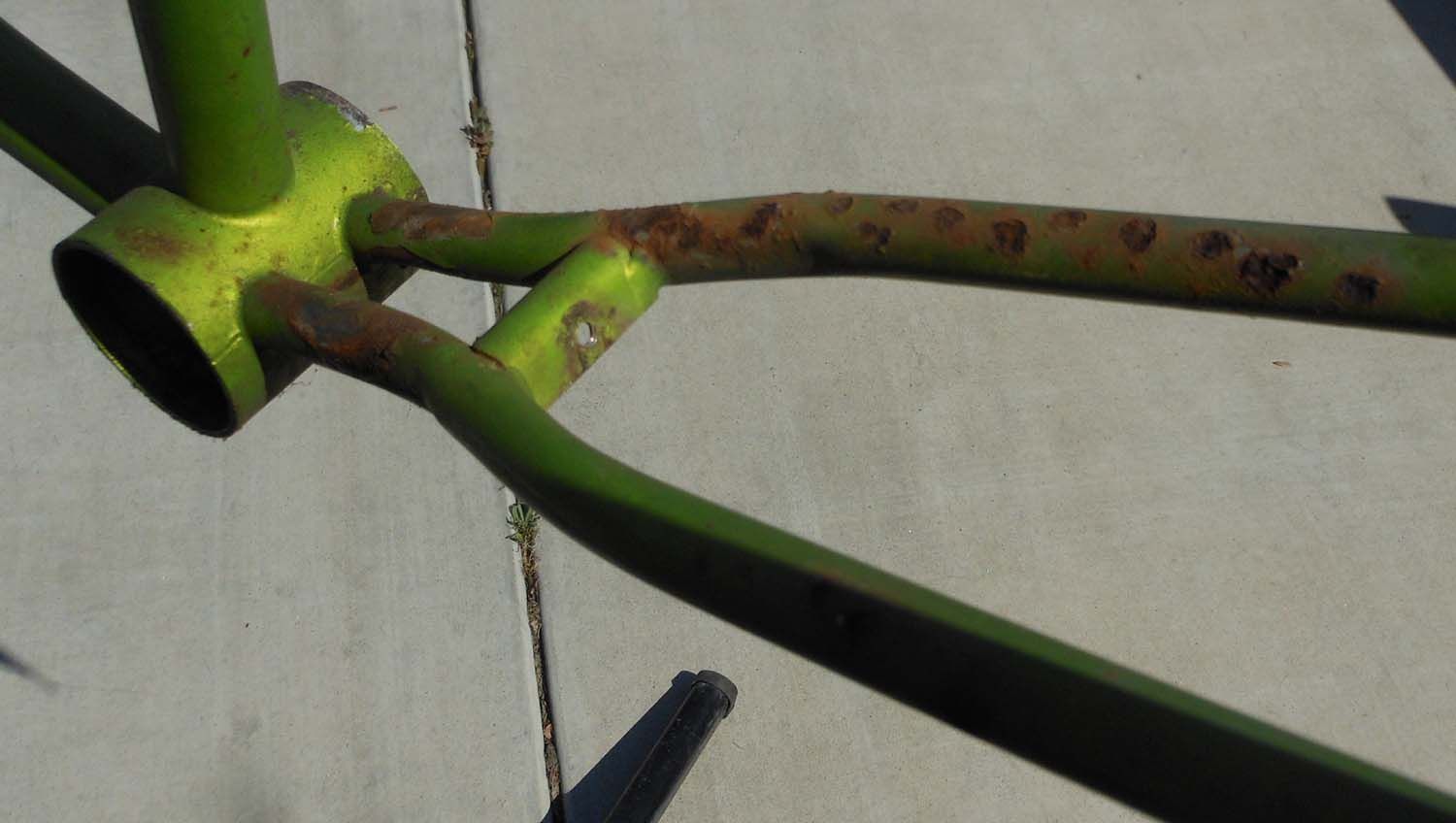 Found a donor bike, because most the chrome was just too far gone. Donor needed work, but not near as much.
Cleaned up the rims and built the wheels. 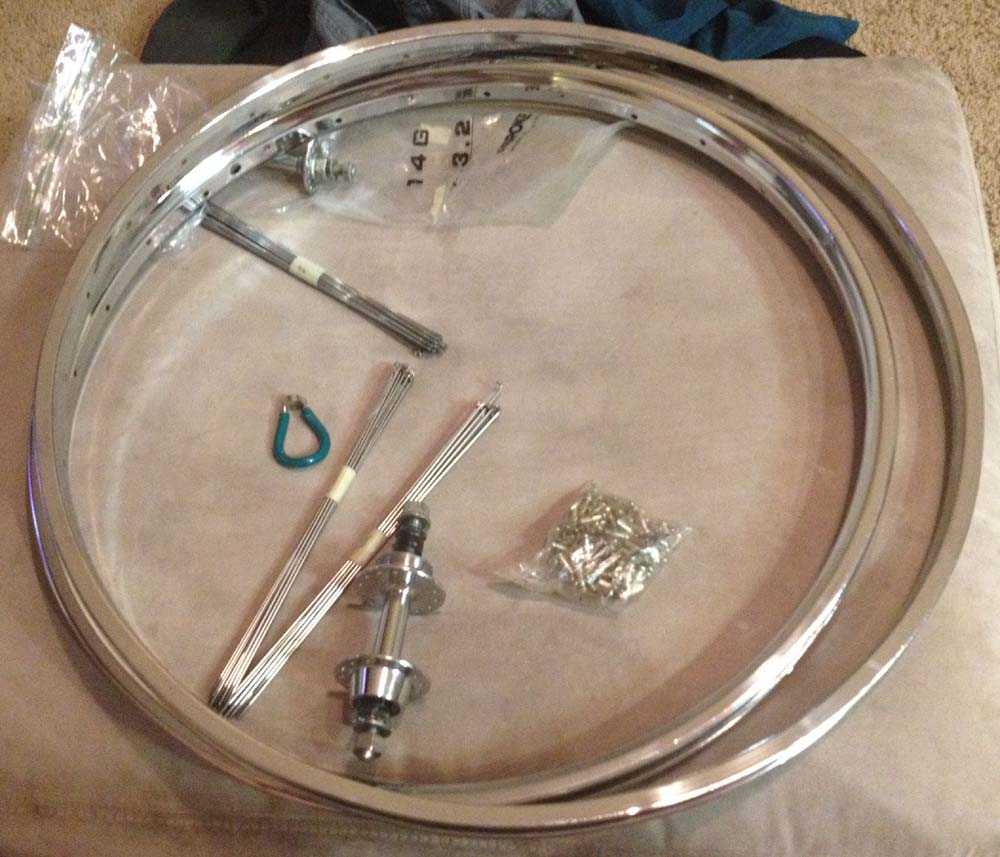 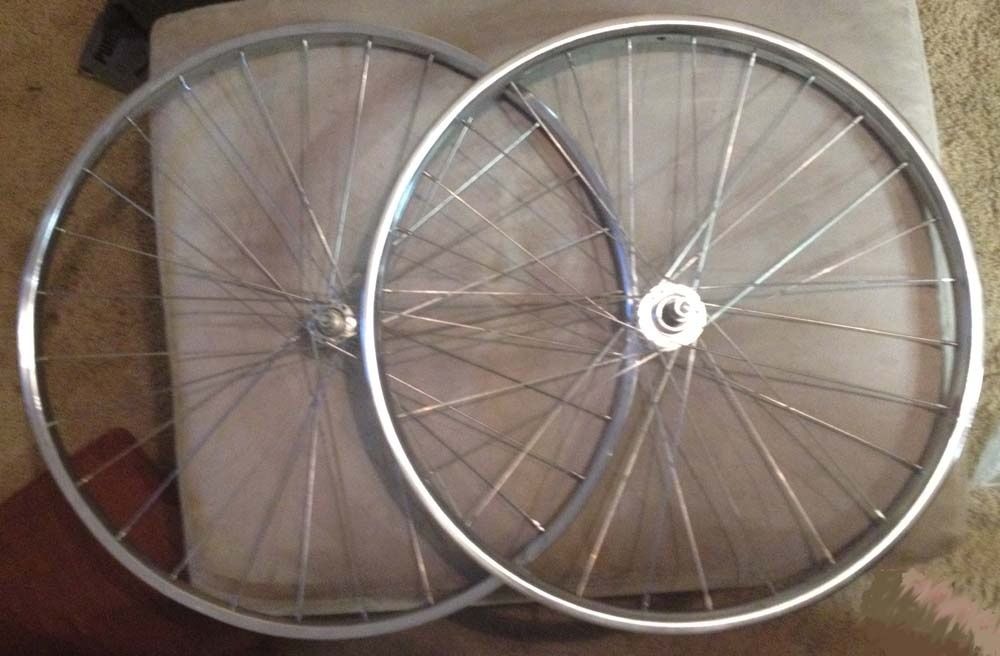 This is for my son, so I spent extra time on the frame cleaning up ugly welds. 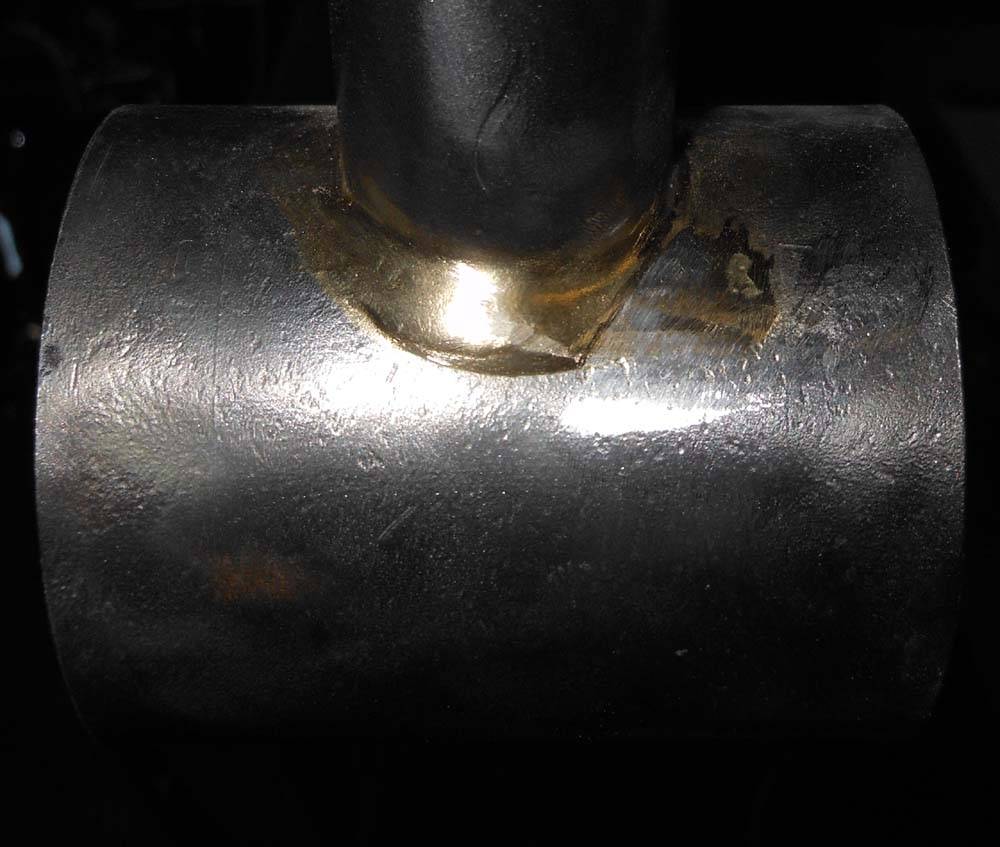 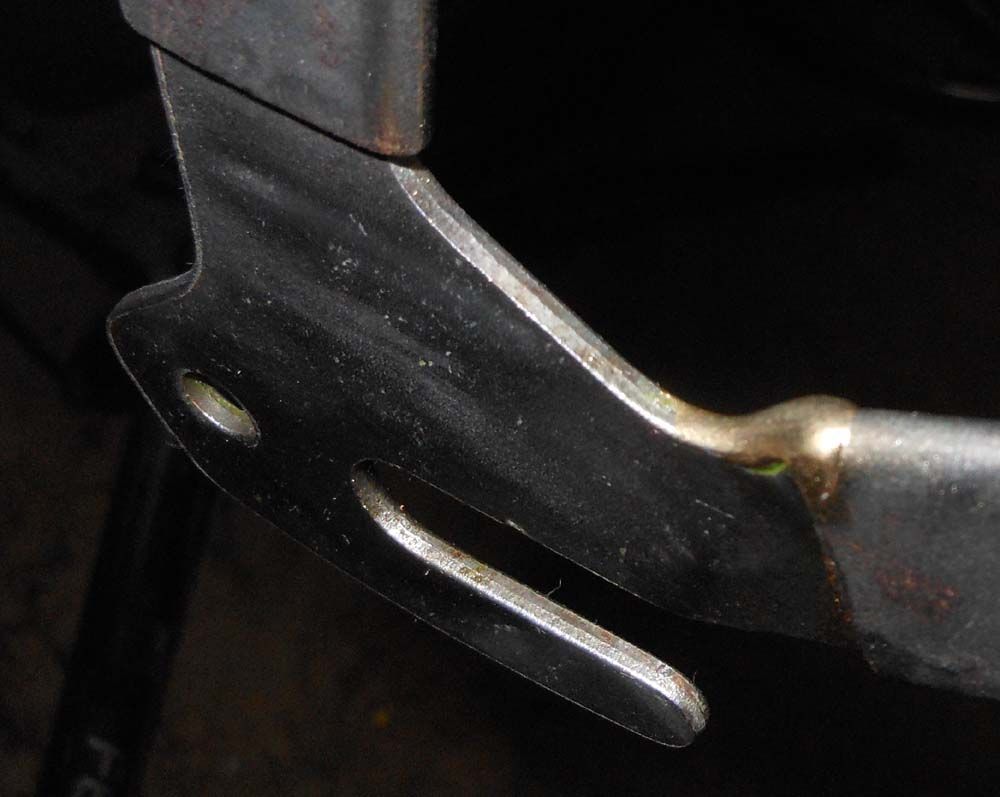 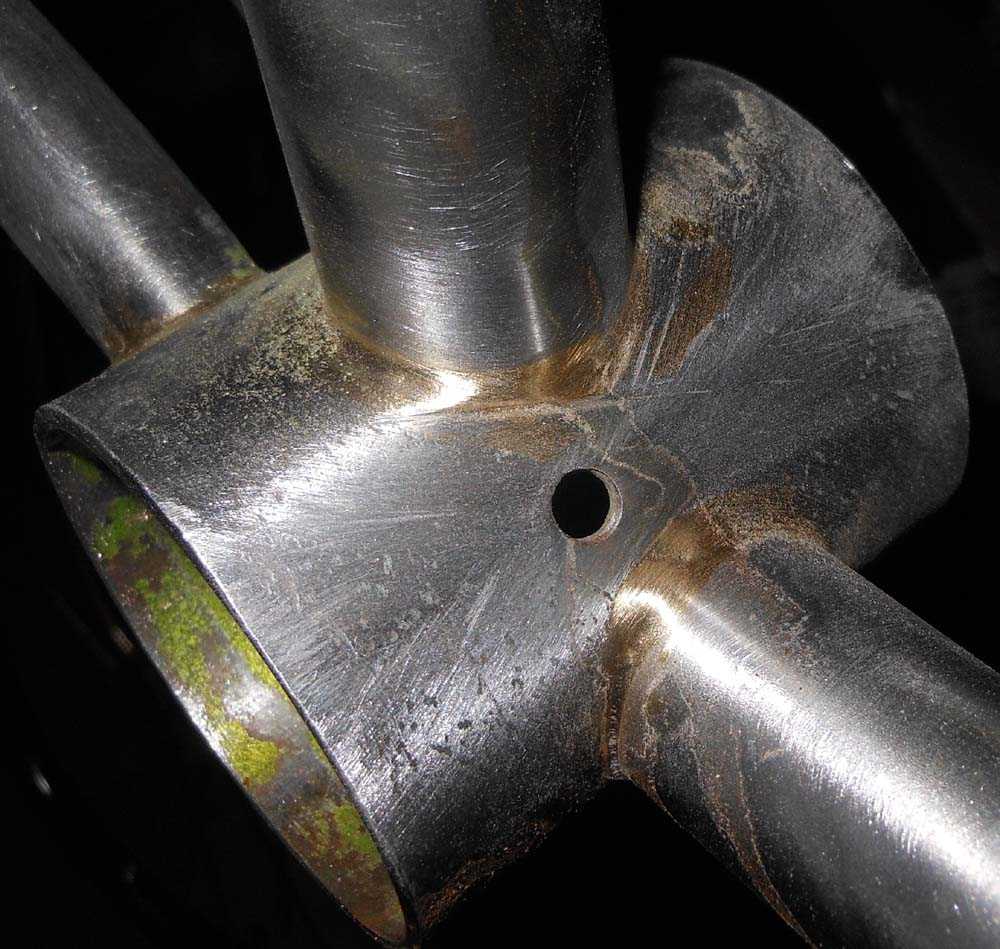 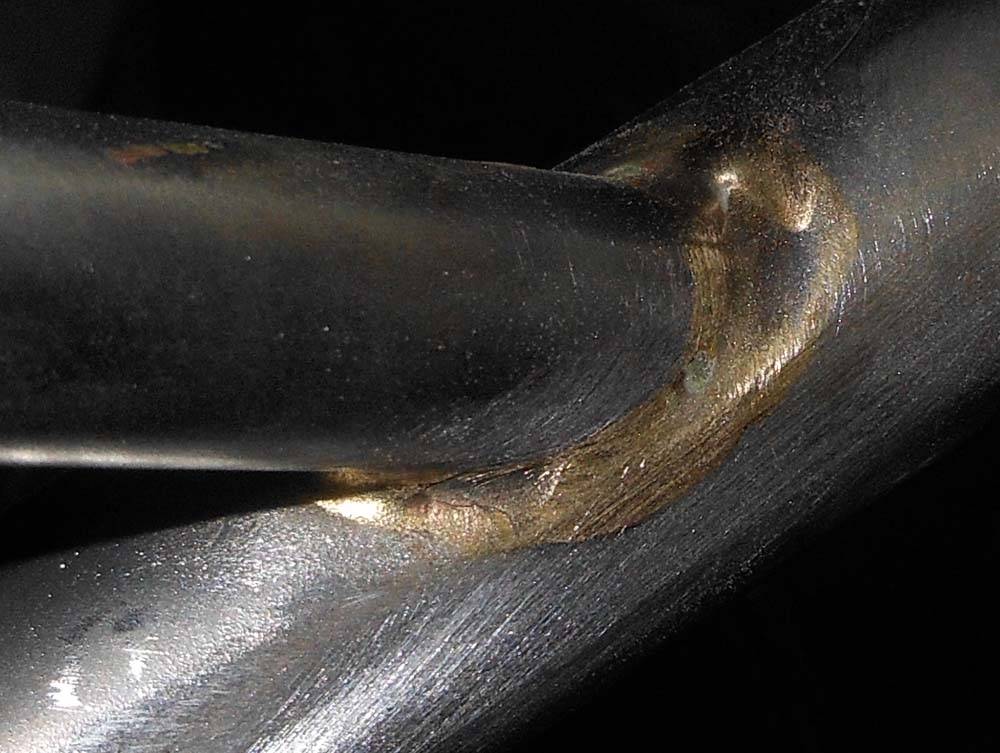 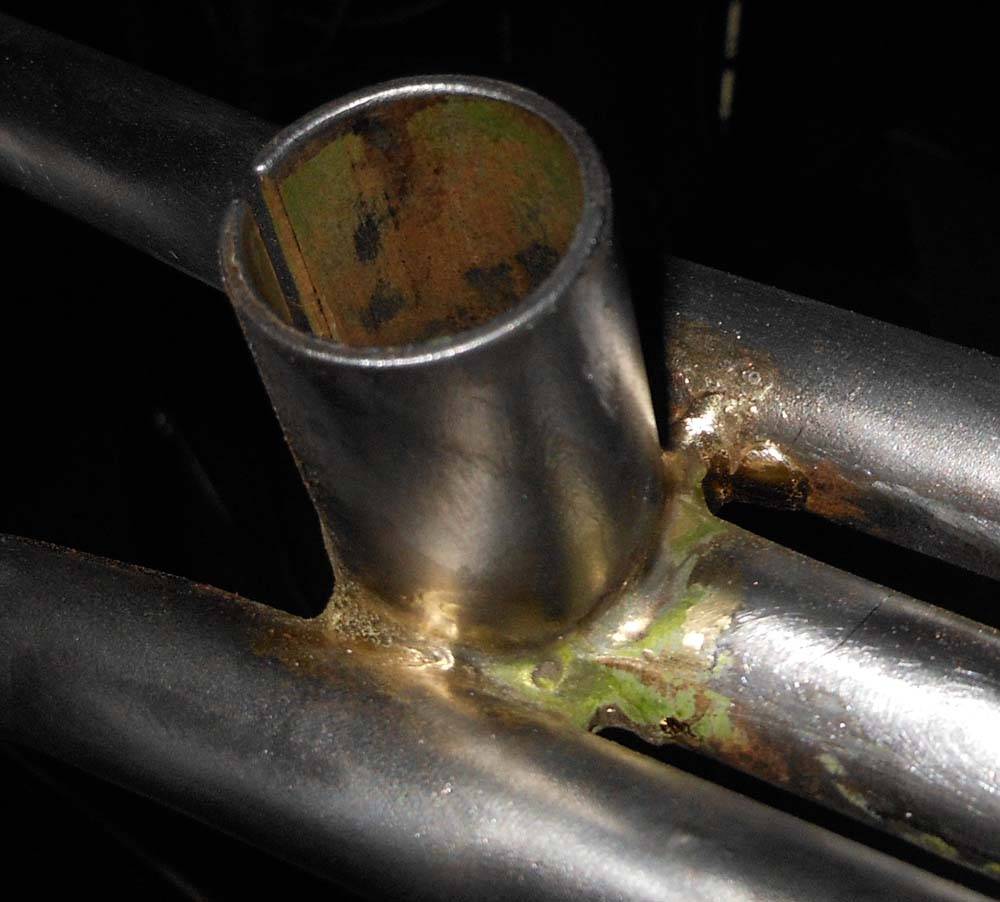 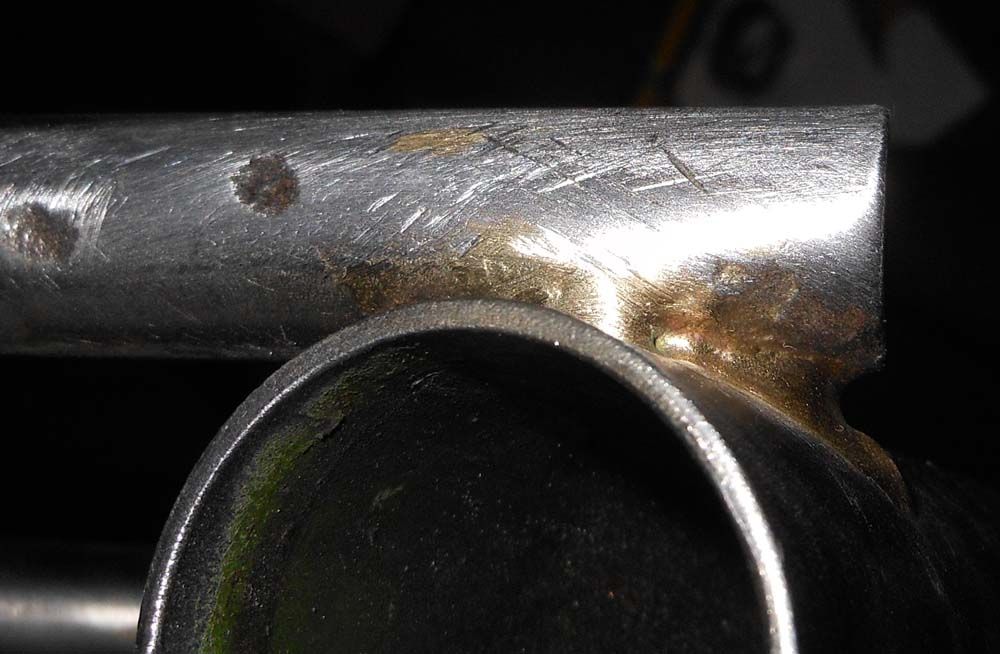 Realized that the frame was pretty rusty on the inside, so got some rust-converting primer and hosed it down. 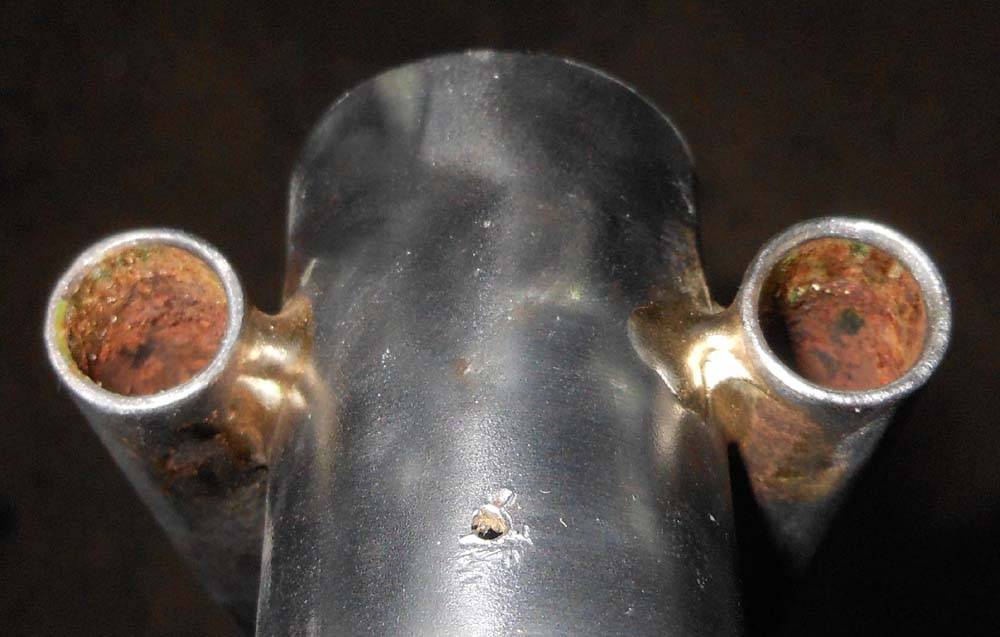 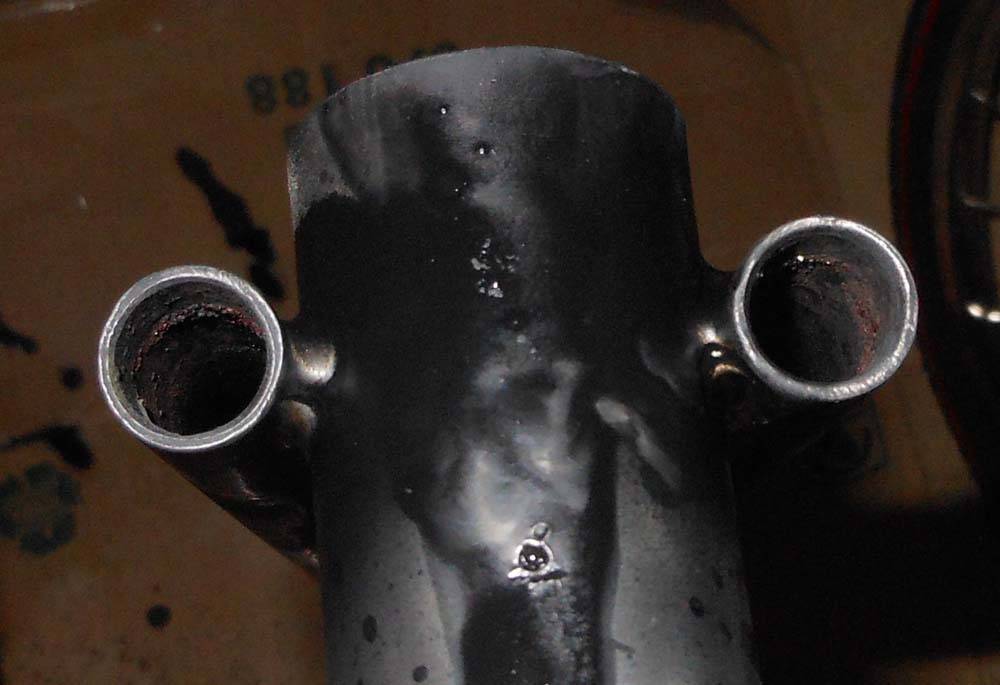 Started cleaning up some of the parts. 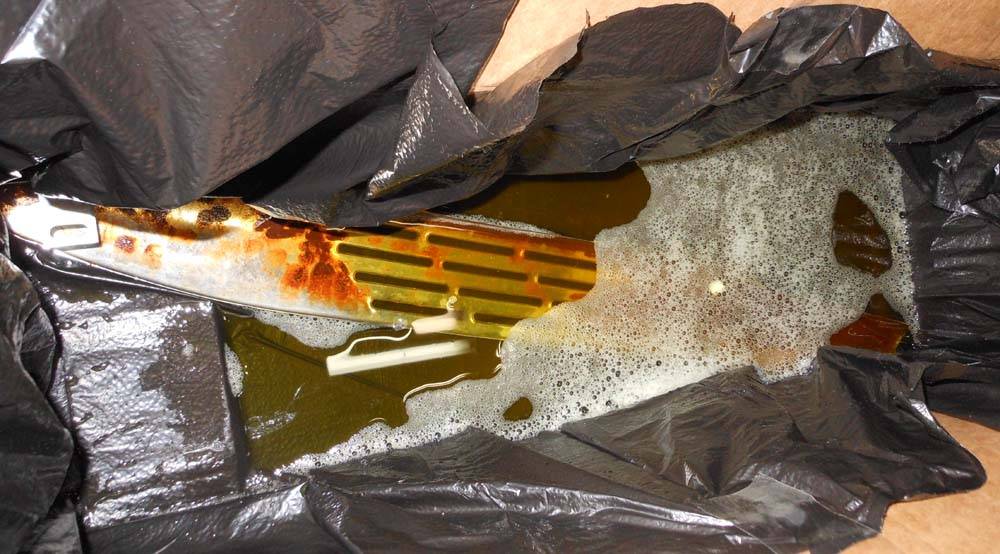 Inside still had some issues...

So I hit it with "Chrome" rattle can.

Started with body filler on the rust pits after spraying a coat of etch primer. 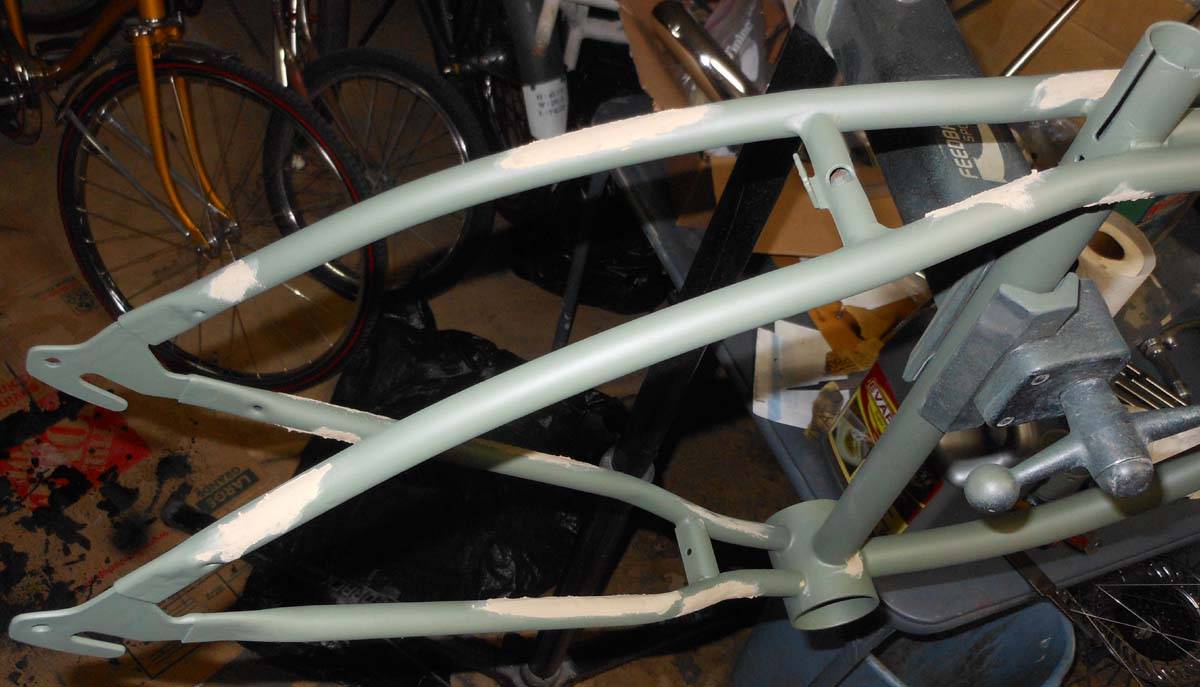 Sanded and repeated a couple times. 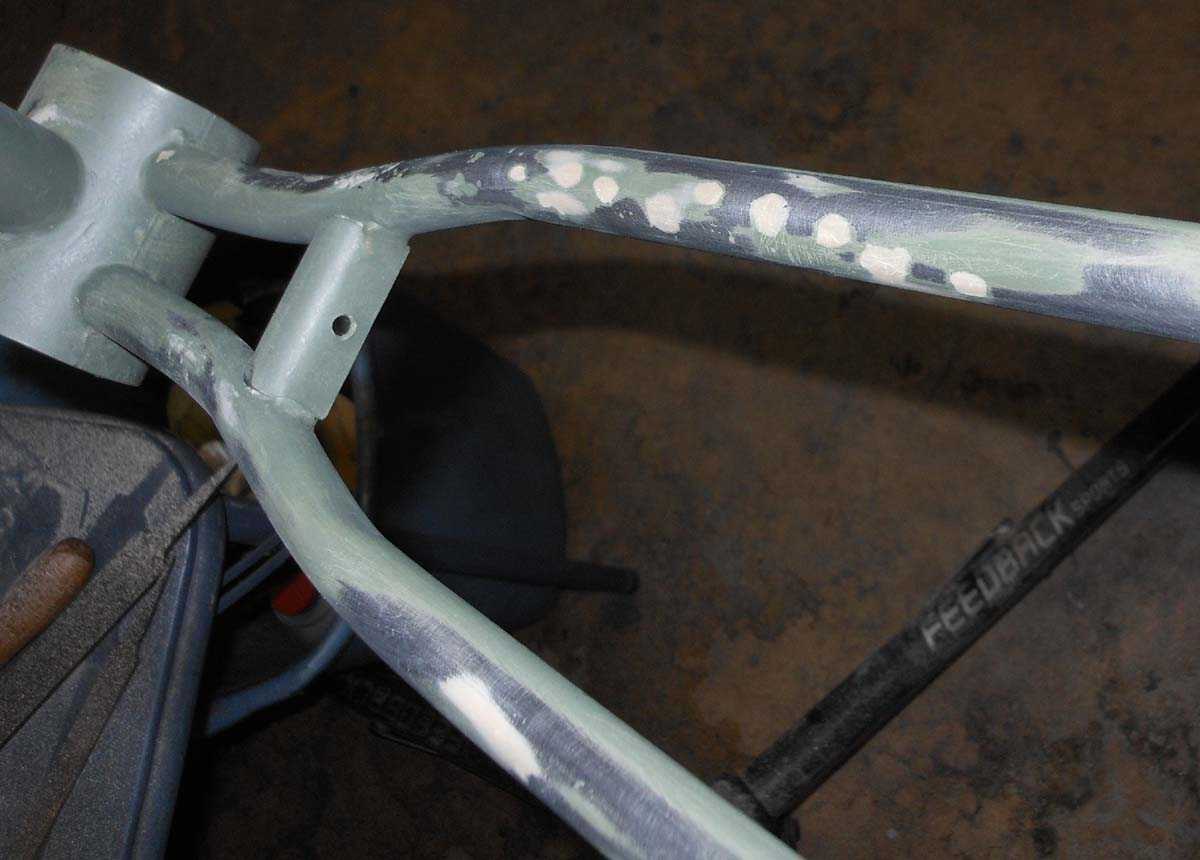 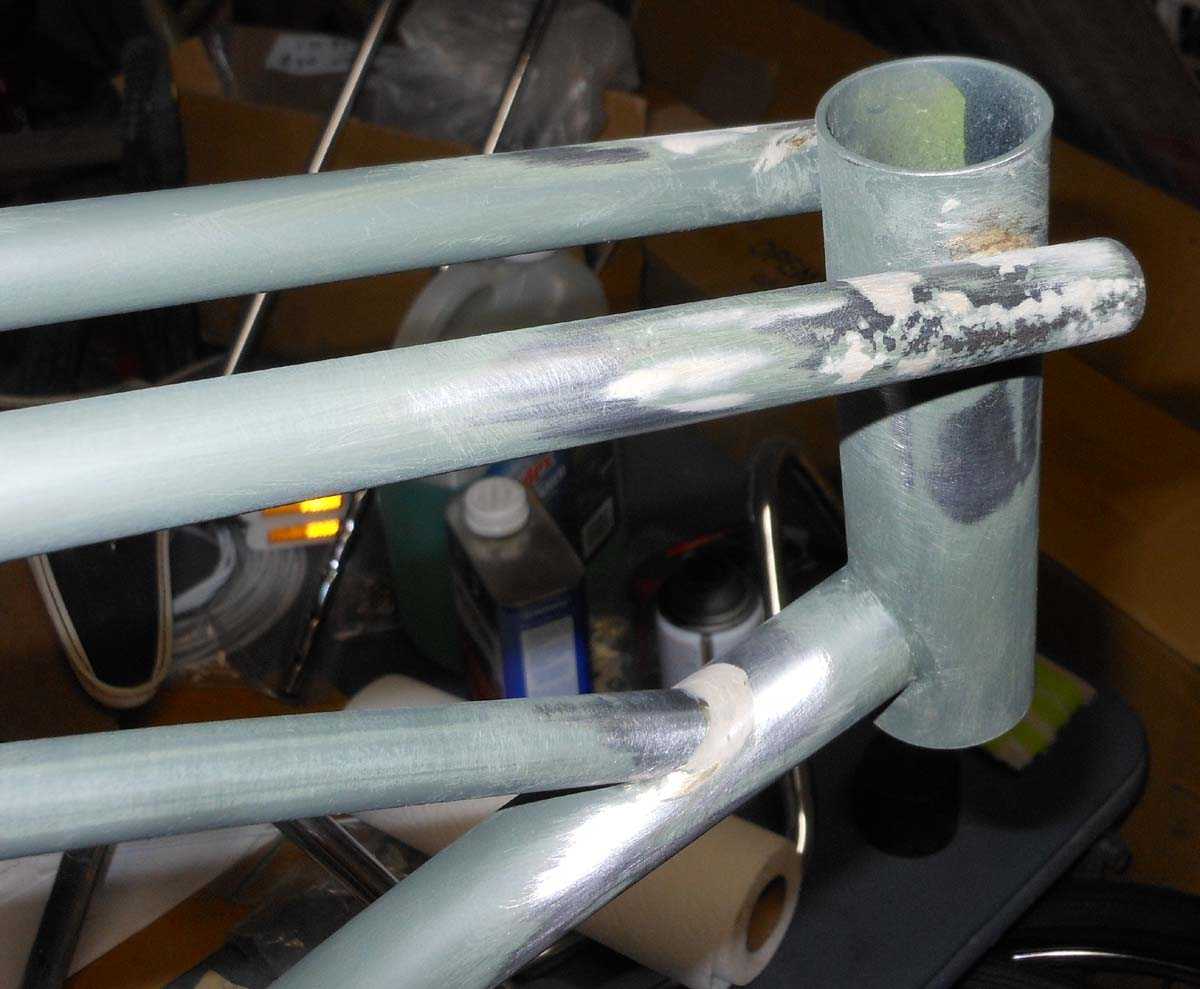 Then I painted the frame. Originally I was going to do an ice blue and the bronze accents, but I thought the grips and seat would stick out too much, so I changed direction and went with an original Huffy blue. 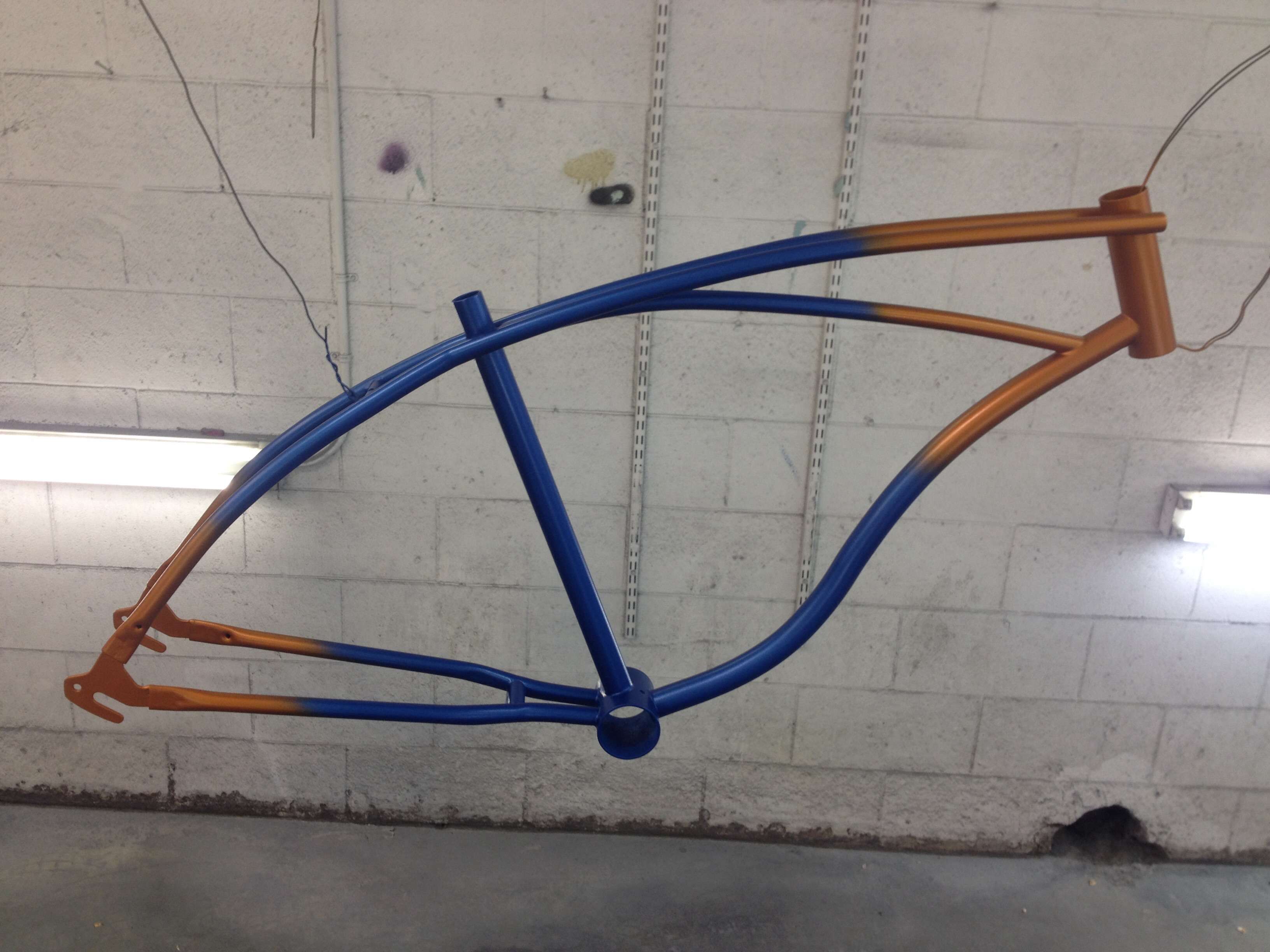 I don't know about you, but I hated the way this came out. First, the quality of the fade is crap. I didn't have the gun set correctly. Next... the color. Denver Broncos anyone? ugh. Happily, my son hated it too, so it gave me the excuse to stop the build, and repaint it at some point... The WBO is that point.

So, I have to sand the bike to give the new paint something to grab. I don't want to start all that body work over, and having more paint will smooth it out even more.

That's where I'm at! On to the WBO!
Visit my build gallery: Crash's Build Page

nice little bike , ill keep a eye on this one

OneHorsePower said:
Definitly want to soak the inside with oil or something or else it might come thrugh the steal and paint from the inside in a couple years like my brother's ross

nice little bike , ill keep a eye on this one

He has already hit it with Rust Reformer.
MY INTRO AND BUILD LINKS/"HOW-TO" LINKS:
https://www.ratrodbikes.com/forum/index.php?threads/lukethejokers-intro-and-links-big-moves.65513/​

LukeTheJoker said:
He has already hit it with Rust Reformer.
Click to expand...

LukeTheJoker said:
Cool!
I wonder what the new paint scheme will be?

Nothing crazy. Same fade... hopefully with more "fade" in it, lighter blue in the center where you see the dark, and dark blue on the front and back.
Visit my build gallery: Crash's Build Page

Rating - 100%
22   0   0
POR-15 isn't a rust converter...it is a rust preventative paint. It can be painted directly over rust and stops it from spreading. It is super-durable and effective...it is also spendy and heavy

How about a gun barrel brush on a flex handle. Gun barrel cleaning pads to move the paint around in there. Just throwing out ideas.

Rating - 100%
63   0   0
I was thinking of just covering up the exit holes, pouring it in to fill up the tubes, then pour it out. That should thoroughly coat everything inside. Then I'll let it dry a few days then move on.
Visit my build gallery: Crash's Build Page

Rating - 100%
63   0   0
Quick update, no visuals. Bought a can of POR-15, bought an Olive Oil pour bottle to easily pour the paint down the tubes. It worked, but left a huge mess, and the overflow I wasn't able to wipe it all away because of other stuff going on. So it dried, and the runs were visibly present, meaning the bumped up, and would show.

So I had do sand like a madman, and now I'm spraying primer over the paint in order to better see where I need to smooth out the imperfections. I'm hoping to get the frame into the booth Sunday morning. We'll see if that works out.
Visit my build gallery: Crash's Build Page

CRASH said:
Por 15? Never heard of it. I'll look into it. Giving the insides a better coat before I paint can't hurt anything.
Click to expand...

it works good but you have to clean the lose rust away first .

c1run1 said:
it works good but you have to clean the lose rust away first .
Click to expand...

This is internal to the tubing, so cleaning away the loose stuff wasn't going to happen. Too late now, so hopefully this additional step of heavily coating the inside will be enough to abate it.
Visit my build gallery: Crash's Build Page