Rating - 0%
0   0   0
Hello all, I've been hangin around this site, trying to keep up with all the great posts, for a while now and finally decided to join in on all the fun. I have to say that this is a great site and is taylored perfectly to the style of bikes that I enjoy riding and working on. I met alot of great people this year at the Detroit autorama/ Petri bike show in which I entered my "skelebike" which I custom built. Bicycle Don and Debbie put on a great show every year and it was alot of fun. My current stable includes a 62 Typhoon , a 81 Schwinn scrambler bmx, a 2008 Schwinn ranger, a 99 Mongoose bmx, and if I can get it back from my son who I think has outgrown it, a Huffy half ton chopper lookin bike I , yes garbage picked it, bike. Both of my children love riding and even the wife has recently aquired her first bike since her teenage years. She got a Giant sedona model and if you have ever riden one, well my friends that is a comfy ride. We just got the youngest off training wheels so we will be doing longer rides with less stops. As soon as I figure out the picture thing I will put up some pictures.
My bikes http://www.ratrodbikes.com/forum/index.php?threads/hello-from-michigan.15396/ 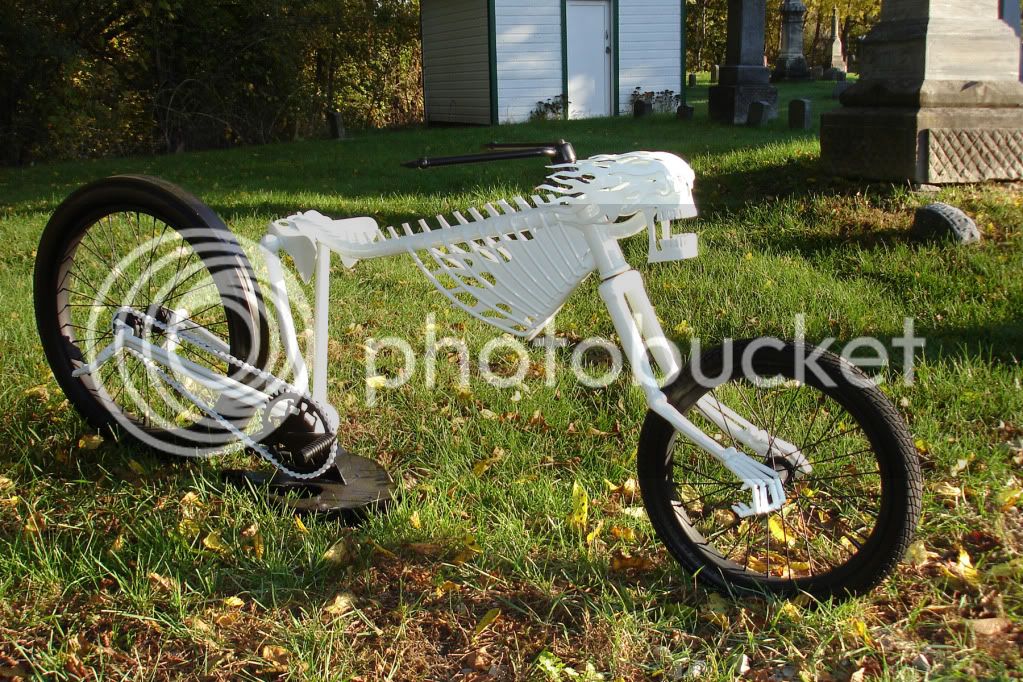 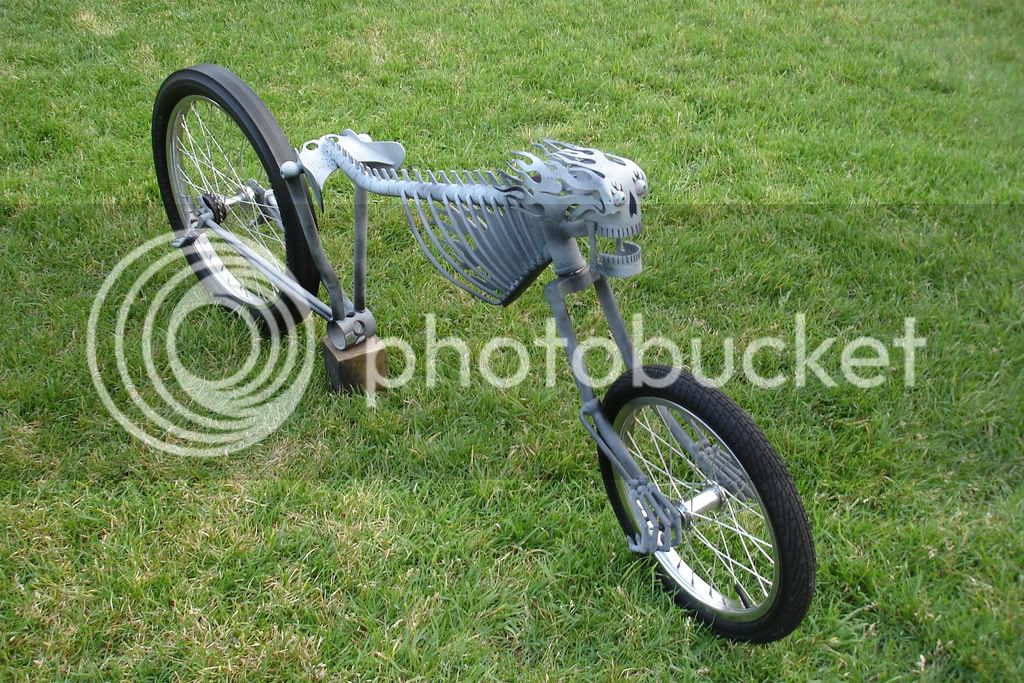 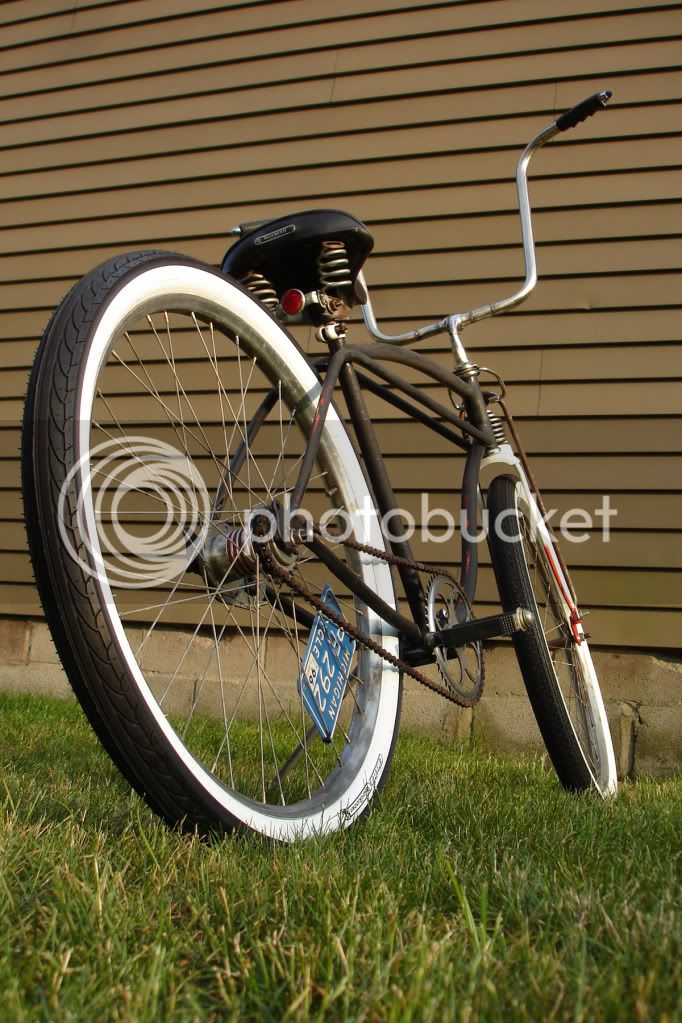 Here it is with my Shelby Eagle. 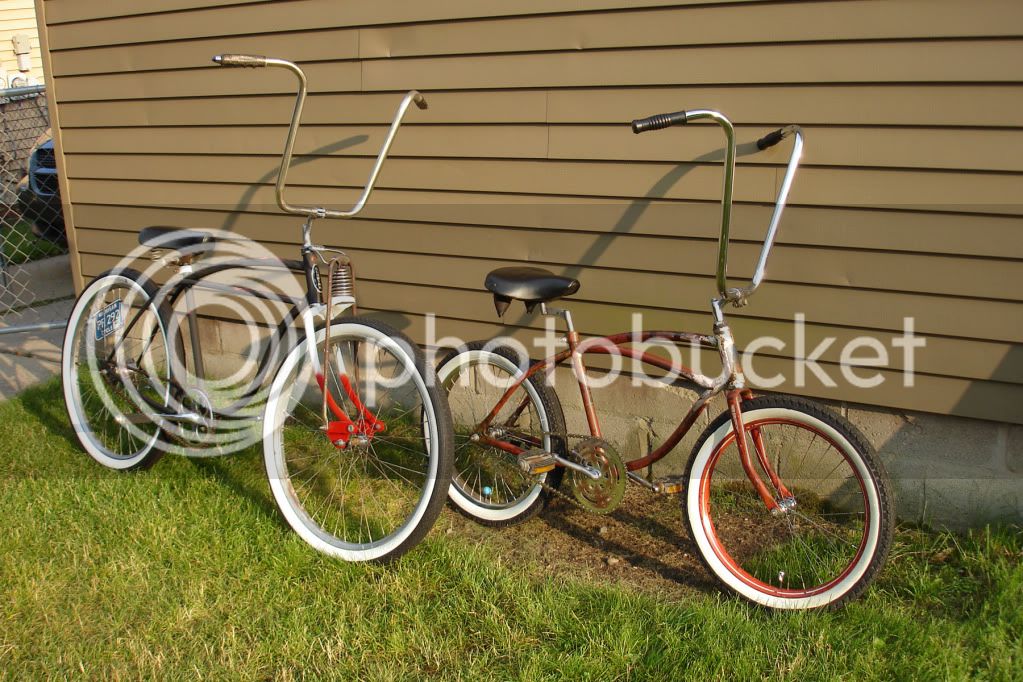 I always wanted a skeleton bike and yours is the first one I've seen that will give me nightmares. You really hit the nail on the head with this bike.

(new word I learned from this wesite)

Rating - 0%
0   0   0
The Skeleton bike looks kind of uncomfortable to sit on, you better just send it to me to take care of :mrgreen:
The Sickness...

Rating - 0%
0   0   0
Thanks, that was the look I was going for. Its really hard to make a metal skeleton look like its showing emotion. I think the ball bearing eyeballs popping out helped alot. Im glad you all like it. Anybody that wants to see it in person can come to Ann Arbor this Sunday the 26th. I'll be there with it rain or shine.
My bikes http://www.ratrodbikes.com/forum/index.php?threads/hello-from-michigan.15396/

Rating - 0%
0   0   0
Time for some updates. There have been quite a few builds since this old intro. Here is my 2010 Detroit Autorama entry. We did a build challenge on FBM with about 50 days to go before the show. The bike was called "Tom Thumb Tiki" due to its 12 inch wheels. It won a 1st place trophy for custom cruiser. 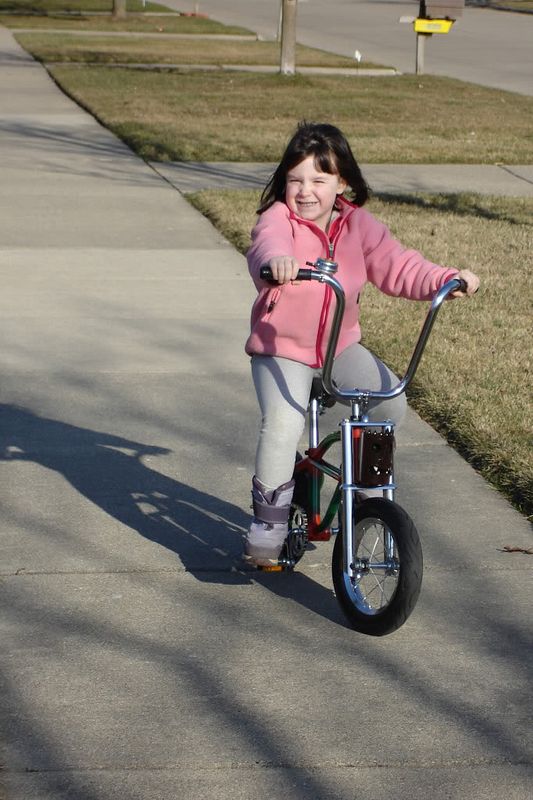 Rating - 0%
0   0   0
I also built a Bomber style bike with the pieces from about eight different bikes. The frame was made from 2 girls frames. I think the last name I had for it was "Gangrene" 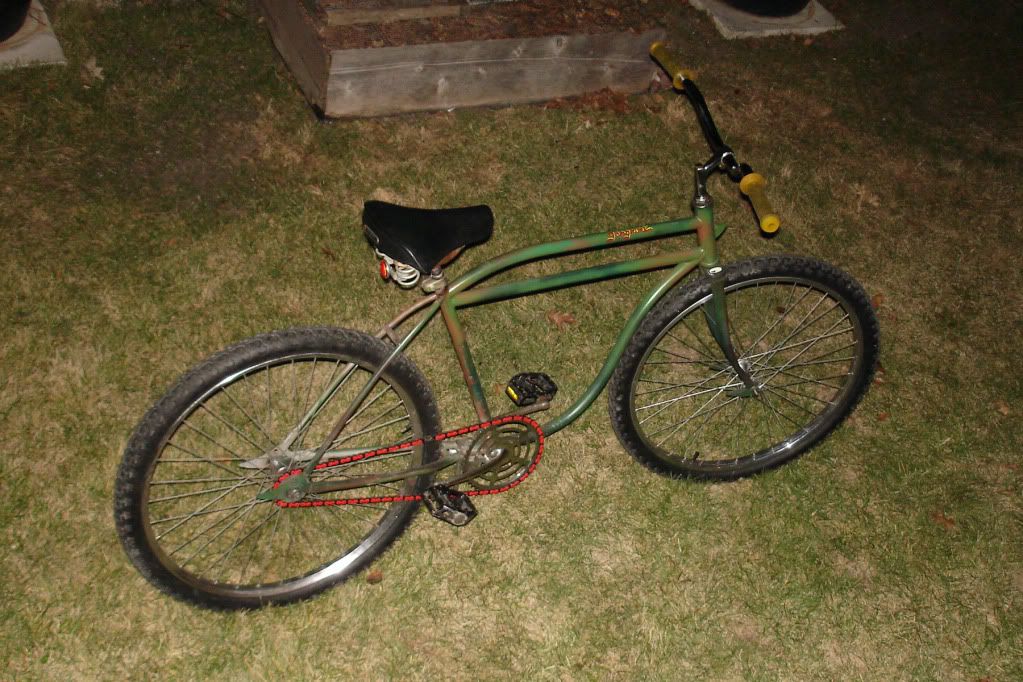 Rating - 0%
0   0   0
This is the last cruiser I put together. Its a 55 Schwinn Corvette that I Bobbed the fender, made a custom tiki front rack and got a nice powdercoat done to it.

Rating - 0%
0   0   0
These days Ive gotten tired of building standard looking bikes. Just in 2011 alone Ive built 2 Tallbikes and Im working on a 3rd right now. I guess Im officially a bike builder now. Everytime I think Im done building, I come up with another idea. I just dont ever want to turn it into a job because then it gets to be not much fun. Heres High Horse the orange bike and the green one is boilermaker. Hope you like them cause Im going to keep building them. 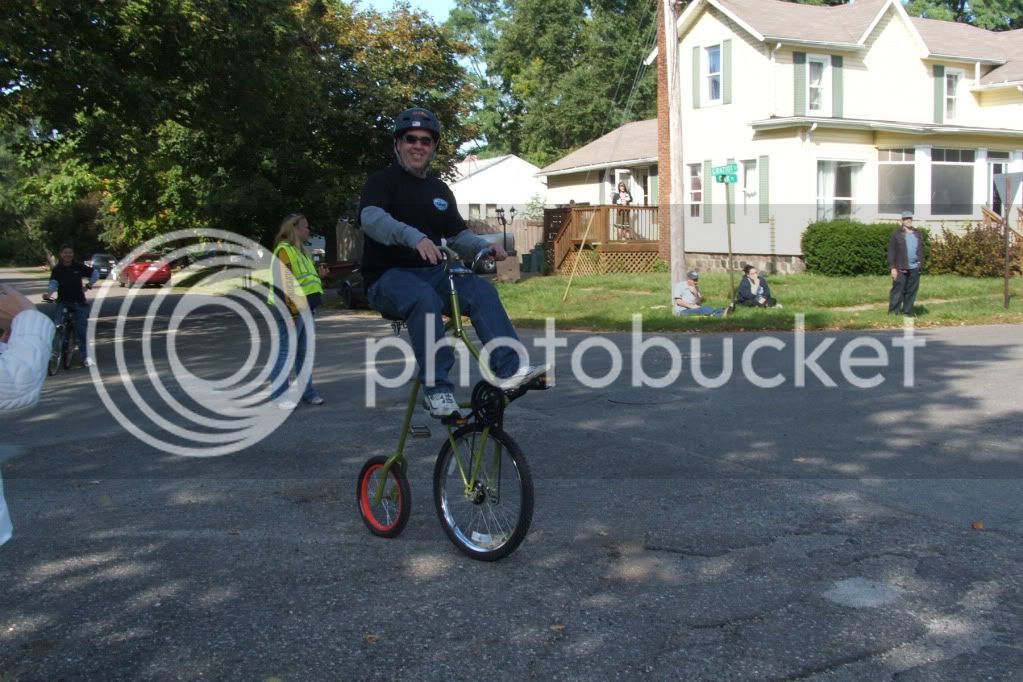 Rating - 0%
0   0   0
have you done anything with a tandem, I just went and got one... thinking about making rear a cooler
and a hotdog cart side car... I dont know.. anyway .. I love what your doing
I love the smell of fresh barn finds in the morning
Share:
Facebook Twitter Reddit Pinterest Tumblr WhatsApp Email Share Link