Check again...yous is at 10
Buy Bikes

Congradulations to all the winners, every single one that entered & finished, Next year the bar has been raised another notch, myself the plan is to liquidate alot of inventory and make actual work space, so till then, come on down to my house you wont walk away empty handed,were slashing prices !!!! :wink:
25 projects and I don't know where to start..
http://www.ratrodbikes.com/forum/index.php?posts/821867/

Thanks to all the seven that voted for my Juaka Li. I would have been happy with the 3 votes on the first day. My bike was built with out opening my wallet or waiting for the UPS truck. The gold was in the trash bins, always has been. A true rat comes from the bottom and steps out proud and everyone gets an atta boy and a nice bike as a prize. A lot of nice builds and bikes with heart out there this year and I enjoyed watching as the builds moved on to the finshed bike. Those that didn't finish?...............ya just haven't finished yet!


bighit said:
"find the parts , and build with your heart, thats a RATROD"
that's what it's all about.
Click to expand...

Congrats Brian......this was a blast. I know you had fun! Got to be pretty cool seeing your work appreciated and your story along the way was fun to read. Great build.!

Fenderhole....I know you caught some grief for the rat thing.......your bike is a thing of beauty . Your imagination and level of craftsmanship was second to none.

John.....I'm not selling you anything else! You kept me off of the front page :mrgreen: Just kidding..that bike is very,very cool! After looking at some of your other builds its obvious this wasn't luck...you've got great taste!

Charlie...you had me looking over my shoulder the whole way. Work of art..I'd love to learn the art of patina!

I found ideas in everthing built. Some it was paint, some fab, tires, seats, bars..... Should help for next year :wink:

I think the coolest piece of engineering had to be 37fleetwood's ride...that thing is cool! :mrgreen:

I know I've forgot many that inspired me...this was a ton of fun! Glad I finished........we all ended up with some cool rides.

See you next year!
Jeff

Finding the project is what makes me happy...finishing it isn't something I usually think about!

I dont know about the rest of you but IM dizzy from trying to pick my fav's and now counting up the numbers. Yea I know Im a day or so late here but family first everything else second. So if I did my math correctly and I seldom do 4th 5th and 6th was a tie correct?
Well you all know who you are so send me a PM and we'll get making a headbadge or whatever...just send me your idea or a rough drawing or describe in words and I'll see what I can turn it in to metal.
And the two 6th place....ya have to fight it out......lol. Just kidding your both in so contact me and we'll get on it.
Congrats to everyone....been a great summer build.
Terry
Jones and Son Headbadges..

MonsterMetal said:
As always the RRB did not fail to impress and motivate many... A big congrats to bighit and the others.. I think its really about how much fun you can have... And as a group I bet we have more fun than just about any :mrgreen:
Click to expand...

Exactly MonsterMetal, I had a bucketload of fun bringing the Krusty Kargo back from the dead......if it wasn't rescued and passed on to me, it would've sat out in the weather rusting away until it was dumped . I used RRBBO5 as a motivator to get the build started (and finished), otherwise it would have sat in my shed for a couple of more years as well.
As well as enjoying the build process, and watching everyone elses builds, I was blown away by the comments and the amount of votes it received. Even though I knew it wouldn't finish near the top, I was secretly hoping for a Top 10 finish, and after just checking the final tally, with 2 bikes on 45 votes and 2 on 37, I figure that puts it in 10th spot...woohoo .
Thanks to all who commented, and/or voted for a 73 year old Aussie 3 wheeler.

p.s. MonsterMetal, my name is Larry and I'm a Coppersmith......maybe we can start an exclusive club.......Your name has to be Larry and you have to be some kind of metalsmith to join :wink: .

everybody should post a picture of their trophy or head badge when they receive them. it would be cool to see what they all look like. 8)
what the?.......

congrats to the winners !!!!!!!the top three were the three i voted for im im pleased theres other people out there with the same taste thank you for everyone who voted for me im so happy the salt shaker made it as far as she did being only 2 girl bicycles in the feild. time to go cross country with her
Main Street Dropouts B. C

Your bike was 3 votes rattier than mine. :mrgreen:
it's all about the bikes, man. http://www.ratrodbikes.com/forum/index.php?threads/deormans-gallery.104059/
I was going to update my sig line, but I'm not seein' anything worth plagiarizing right now.

And yours isnt gone is it?

I sold mine for $100-Some parts I kept
Buy Bikes

But it still takes second place to this one for coolest RRBBO5 pic! 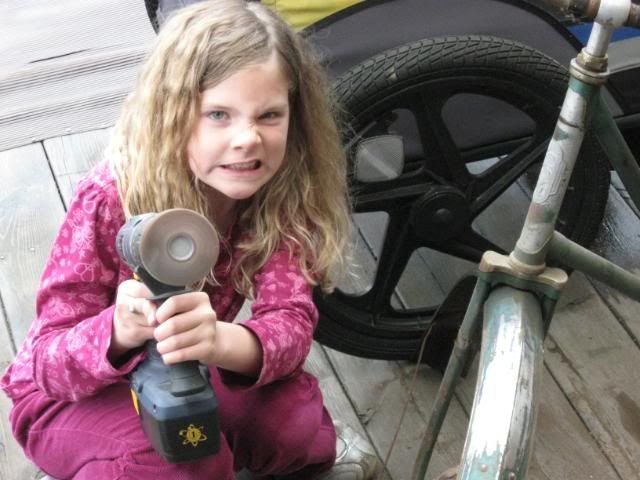 xddorox said:
Awesome pic Graylock
But it still takes second place to this one for coolest RRBBO5 pic!

But it still takes second place to this one for coolest RRBBO5 pic!

These pics are priceless!


But does that mean Graylock had some help during his build?
She looks like a pro to me...
;-b
my RRBBO #6 SINGLESPEED HOTROD

Back home from holidays.

I've enjoyed my vacation but somehow felt bad about not being there when the voting ended... Ah well...
Congrats to Fenderhole, Bighit, and TexasBigJohn! Those are some really cool bikes you've all build that ended up on the winners spots! For all of us that didn't enter or didn't ended up nowhere near the top 3 those bikes are an example of how it should be done, imho. And congrats to all who've finished their builds. There are a lot of really great ones that I wouldn't mind having stashed in my shed...

Hope to participate in the next RRBBO...
Cheers.
my RRBBO #6 SINGLESPEED HOTROD

aka_locojoe said:
You could see the votes before you voted. There was a small little text link at the bottom of the poll that said "view results" or something like that.
Click to expand...

Ah! You see... I thought I was going crazy. I was right after all, and I wasn't hallucinating! ;-)
Thanks guys, for pointing out.


icyuod2 said:
I don't see it making much of a difference. All the bikes are pictured in the gallery. peeps is gonna like what they like, regardless of the votes. :lol:

personally, i kinda like seeing em.
As for voting for yourself, i look at it this way.
If you can't find 3 bikes in the rrbbo (other than your own) worthy of your appreciation/vote.
Well your probably on the wrong forum.
Click to expand...

But the fact is... It really does make a difference! It probably doesn't affect the outcome of the top 3 winners, but it does affect the runners-up, who've also build beautifull, if not also top-3 bikes (like yourself). I think in a more honest-votingsystem the runners-up may have ended op higher in the poll. They deserved it. You deserve it.

And the 'voting for yourself'-issue.... I totally agree. But just having that opinion doesn't change the fact that there are people (more than one) who still give one of their votes to their own bike. Strange, but true...


37fleetwood said:
just based on the way the voting has progressed I would guess that seeing the results and following the discussion seriously compromises the results. people naturally divide into camps and vote for one or another of the available (likely to win) choices. usually two pull ahead and people tend to pick between those two. the rest get the remaining votes. it's just human nature to vote for one of the winners. I would find it difficult to believe that the winning two bikes are better than the rest by a 4:1 margin.
now don't get me wrong, the two leading bikes are leading for a reason, I'm not saying they aren't, but the numbers are still skewed
Click to expand...

Couldn't have said it better!


garagegoon said:
I think everyone is putting too much thought into the voting and numbers.... Build a bike and have fun watchin others do the same.... Keep it simple stupid..... 8)
Click to expand...

Shure!
'Build a bike and have fun.' That's what this site is all about. That's what we're doing all year long.
...UNTILL there is a contest. And if it comes with a voting, better make shure the voting is as honest as it can be. If you're gonna do it, DO IT RIGHT.

Furthermore, this IS a forum and this IS a thread to discuss the voting. I saw some flaws and just shared them with you all. I can't help think about what I read and see happening. Thinking is fun! Everybody should try it sometime...
;-)

But, like I said before: It would probably be too much of a hassle to make changes to the voting-system, if not impossible... Then leave it be. It isn't thát important, and everyone who's finnished his/her build is a winner and has an awesome 'new' bike. I hope I didn't offend anybody by critisizing the poll, like the three winners, and especially RatrodSteve. The top 3 just are the best bikes of this build. And finaly, it has been said before on this thread, but never enough, so I will say it again:
Steve's doing an awesome job on hosting this site and organizing the build-offs! 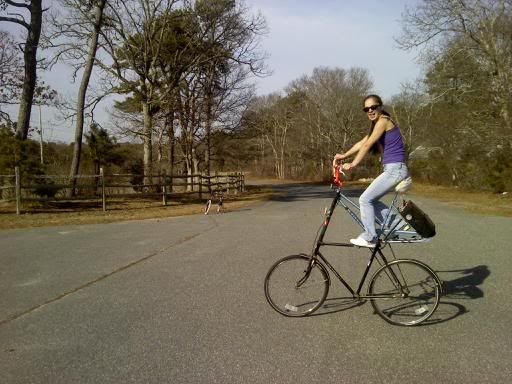 but I have my own