This is a little bit of a setback.
I got a couple scratches on the frame before I could get the clear coat on it. I had to wait until it sat for 7 days to cure. It only made it 5 days.
Since it is a Candy color the paint will be hard to match right touching it up, so I am going to blast it again and do the silver and red over.
Nobody would probably notice it in photos but I will know and I cannot live with second best work from myself.
Once I paint it again I will hang it up so high the birds will be afraid to land on it. I will not even look at it.
Since looks can kill I am sure they can scratch and maim as well.
My name is Rob, and I approve this rant.

Thanks for the compliment man! It makes me want to do even better on the job next time.
It did look pretty good all in all but I got scratches in places that wouldve stood out. It also weakens the integrity of the fresh paint by allowing the possibility of contaminants in the primer.
I hate repainting something I just painted, but I hate stripping one down in 6 months to repaint it because I let something go. That happened to the 1968 Apple Krate my brother gave me about 10 years ago.
The plus on that is that I found some over the counter red paint that is almost a perfect match for Flamboyant Red at a price I can justify.
I am sure the paint that is sold online to do the Stingray colors is great but I cannot justify having $200 in 3 or 4 spray cans of paint.
This paint is $8 a can and I am squealing a little on that. But that's what happens when minimum wage is $15 an hour.
My name is Rob, and I approve this rant.

The price on my stem for Hawg Wylde just posted yesterday at another bike site. A member is reproducing a hard to find stem, and it is an awesome job!
I am on the pre-run order list and while it is not like buying any other part on the bike, It is worth every cent.
I just took out a second mortgage on my spleen and am awaiting my turn at bat. I hope it is here in time to use it on my build.

P.S. I just looked back at my thread and realized I had not posted any info or photos of the aforementioned stem.

Now I am wondering if it should be a surprise in case it doesn't arrive in time for the deadline.

I am taking votes on this question. Should I show a photo and information or not?

In my best political form, I will check all the votes and chuck the ones I do not like.

I will count every vote.

If it matters, I vote for posting as many photos and progress as possible.

Well, that was a short election.
The referendum to show the stem won by a landslide 2 YES votes. I am HOPING it can be finished and delivered before September 6th, 2022 (questionable since I am not the only buyer in line, but the maker said he would do his best) and is pictured below.
WARNING! The photos below contain scenes of graphic expenditures, chronic spendthriftng and wanton Hubris. Anyone suffering from disorders such as Chrometophobia or Plutophobia should not view the following scenes as they may cause severe money anxiety attacks. 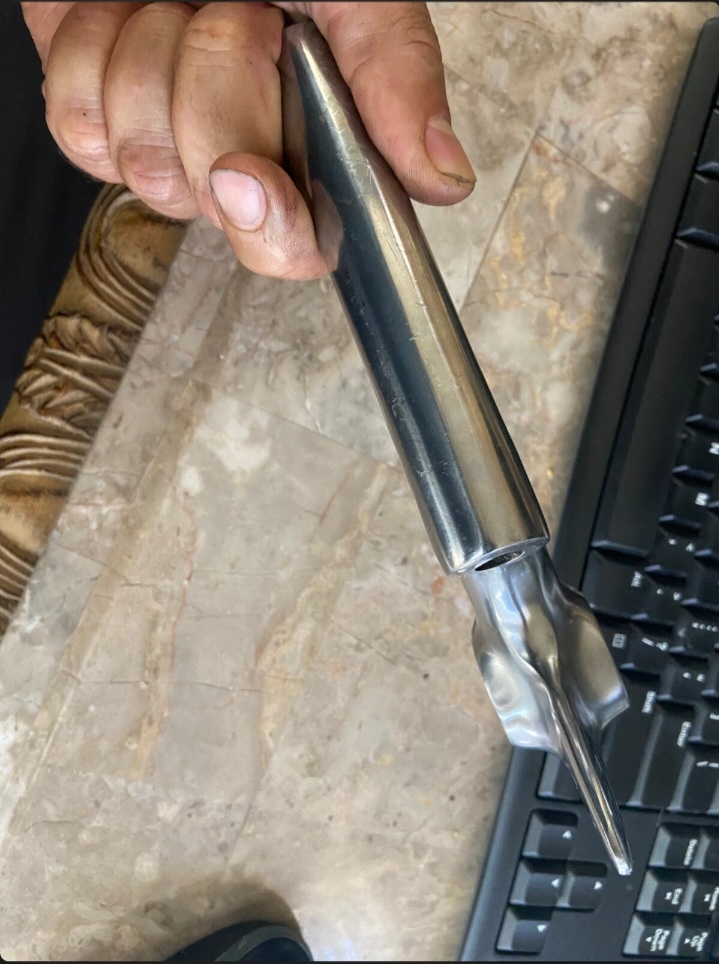 My original scheme for the bike was a pre-WW2 Indian Headbadge and panel inside the top frame bars with the Indian tank logo, but it evolved to this. Who knows about tomorrow though?
My name is Rob, and I approve this rant.

I have not had a chance to repaint the frame yet. I did a rolling chassis mockup so I could show the basic form the bike will be taking.

I am using an early 60s Sprint sprocket on a 5-1/2" crank. Not a lot of ground clearance but with the gearing I am hoping to break the ton. Or at least the ten.
I may use a Sprint derailleur as well since I have one or twelve.

No, your eyes are not deceiving you. There is a rear spoke protector from a 5 speed wheel on the 4 speed rear wheel. That is because I am using a home made Cyclo style conversion for a hybrid gear system. I have another vintage one coming that will match the sprocket better. That will give me 12 speeds with the 4 speed hub without needing a front derailleur and multiple sprockets.

I haven't put a shim on the handlebars yet so I couldn't put them on the bike. I also need to bend the sissybar before I can mount the solo polo style banana seat.

I stripped it back down after I took the photos and blasted it down to the primer, which held up amazingly well. The only part of the paint that actually failed was the top coat. That will not happen again. 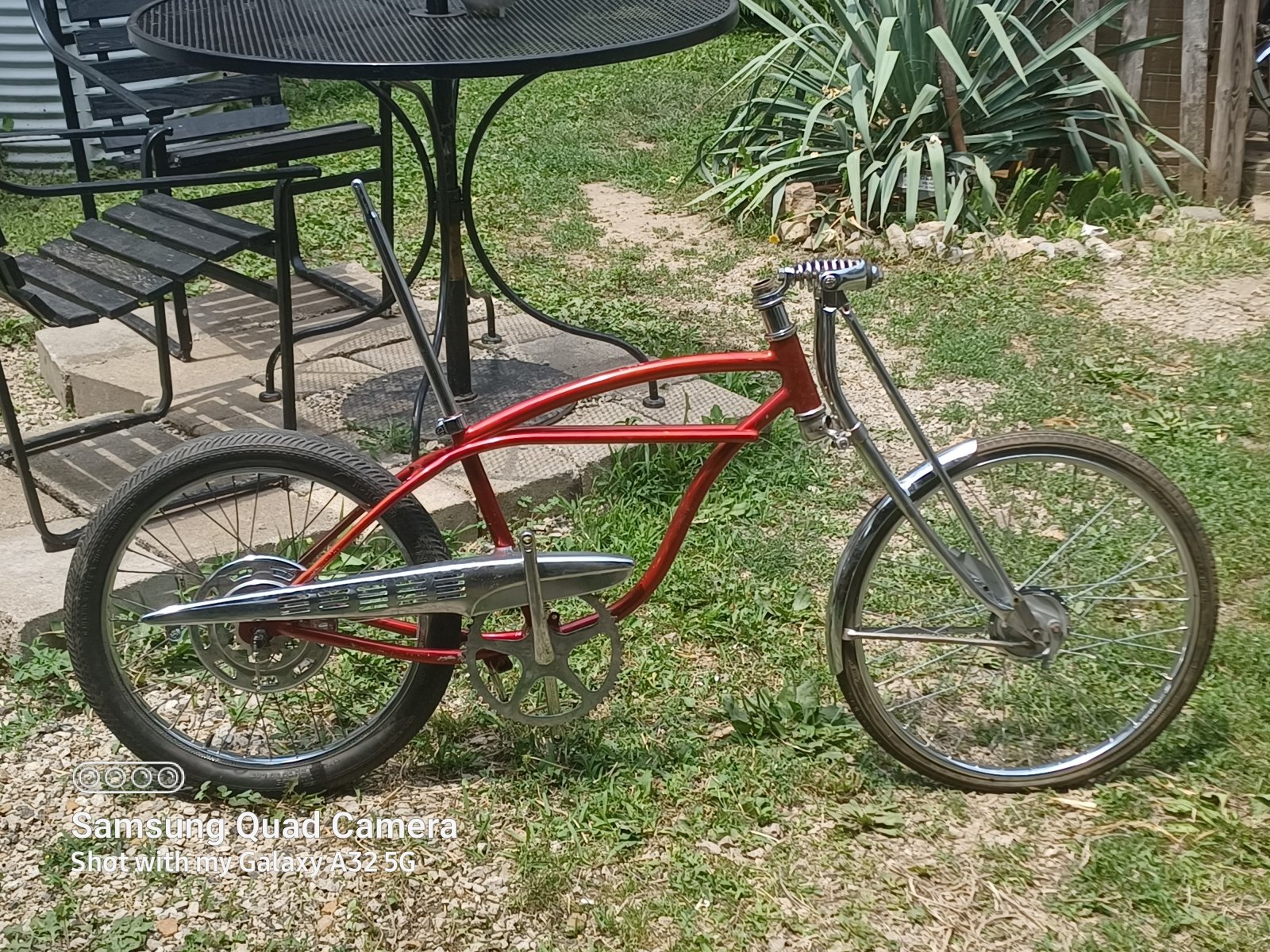 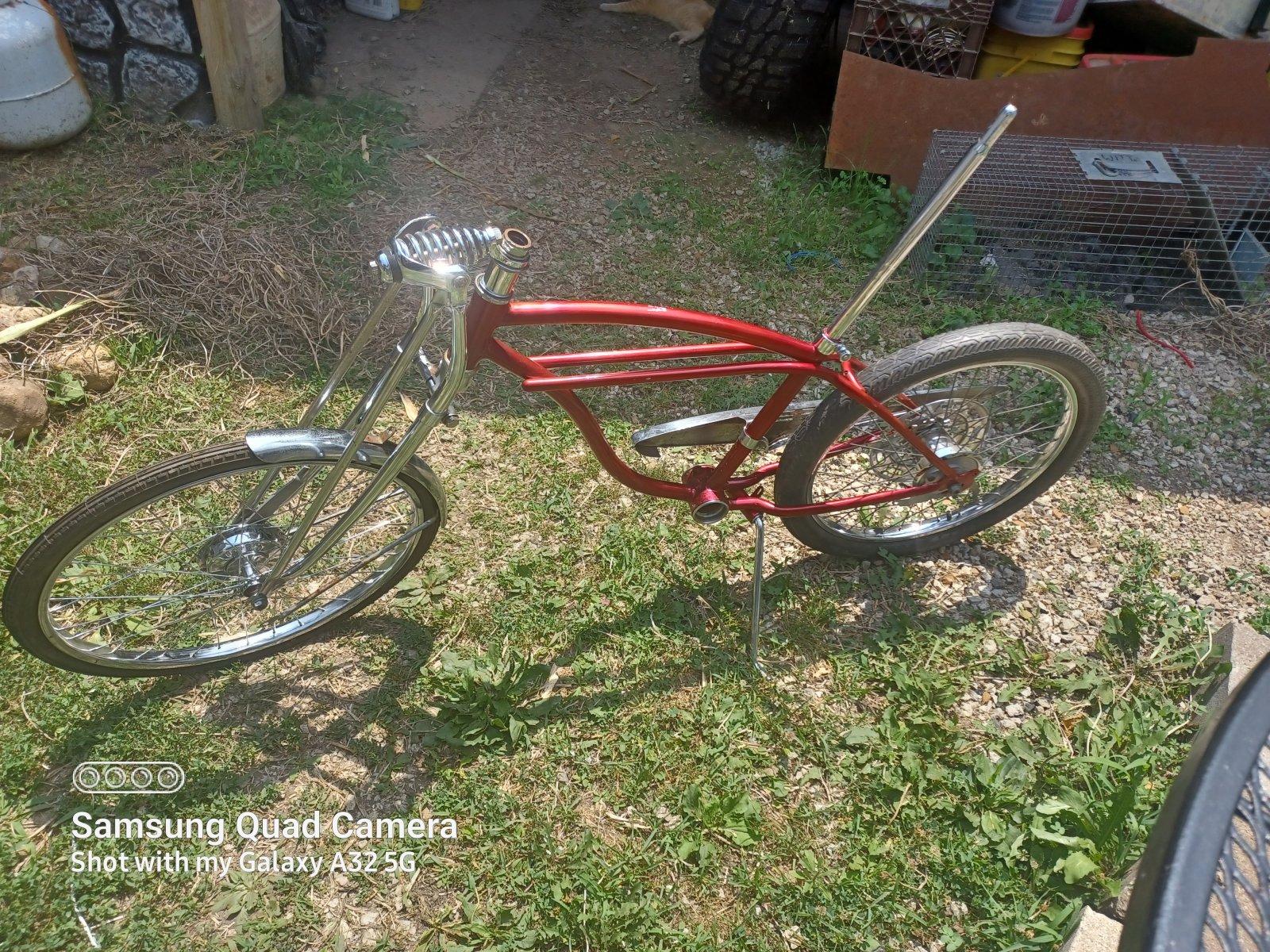 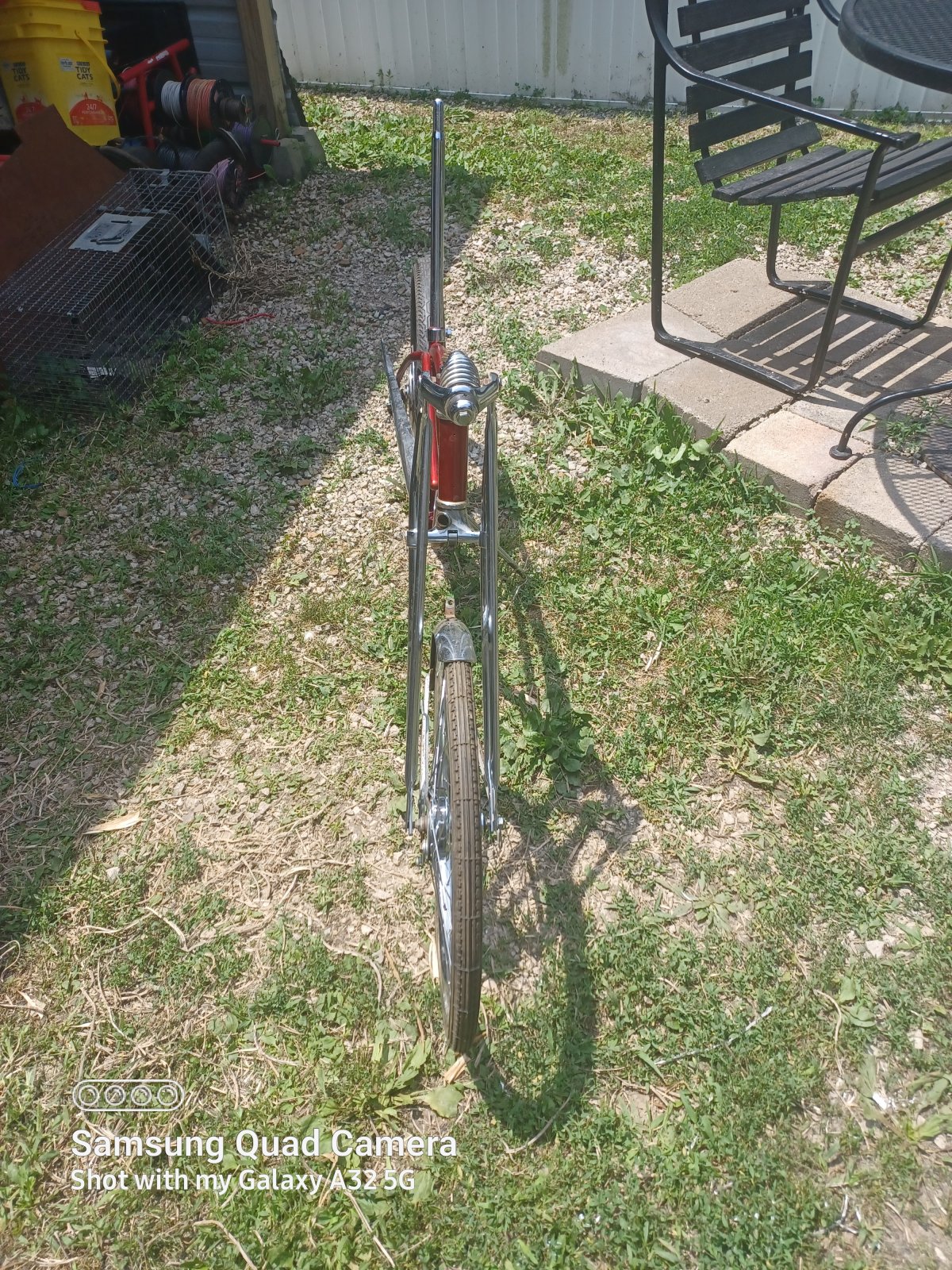 I'M DIGGING THIS!! KEEP IT UP... PEACE
Ride and Rat On
I Think Therefore- I Rat -Jake Sensi

Yes it will be man, it is somewhat complex and will require 3 shifters total.
The rear hub is a Sturmey archer 4 speed, which can be (read; will be) modified to a 5 speed. That conversion requires a separate shifter than the 4 speed itself.
Then the hub gear conversion is shifted with a derailleur like a 5 speed would use.
I am working on a homemade Stikk Shifft setup using 2 Hurst levers and probably some smaller lever added to one side or the other for the 5th gear (overdrive) on the internal hub. The bike will be a 15 speed without a front derailleur or extra front sprockets. I originally only said 12 speed because I forgot about the 5th gear in the internal hub.
Man, I have a headache now just thinking about figuring out a shift pattern. I am really only doing this to be excessive.
But thats the fun of it!
My name is Rob, and I approve this rant.

I got a light primer coat on the frame and added the chrome base coat, allowing 24 hours between the coats. Now comes the hard part.
I have to wait 7 days before I can shoot the Candy Red over the base coat. Since I am using the Rustoleum Chrome as a base for the PlastiCoat Metalcast Red I am not taking any chances on the base coat not being cured and causing a reaction with the color coat.
Then I will be waiting another 7 days to put on the decals and shoot a 2 layer clear coat (probably Urethane gloss) over all of that to give it depth and chip resistance.
It seems like a lot of time on a paint job, but I already had a problem with the paint chipping way too easily and I don't have time to do it over at this point.
By then I will be running tight to assemble and build the Stikk Shiffter setup.
My next step will be to bend a 5' sissybar from 1/2" conduit and sew up a seat to top cushioned sissybar pad to match the red diamond stitched seat. Maybe even a hidden storage area in the back, who knows?
My name is Rob, and I approve this rant.

Oldbikeguy1960 said:
Man, I have a headache now just thinking about figuring out a shift pattern.
Click to expand...

I've checked your numbers out, and can confirm it. Definitely a headache
Bad puns:
That's how eye roll

MattiThundrrr said:
View attachment 199525
I've checked your numbers out, and can confirm it. Definitely a headache
Click to expand... 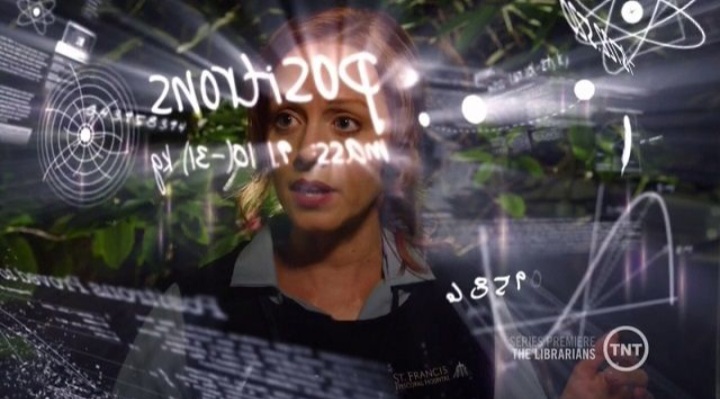 Cassandra Cillian concurs.
My name is Rob, and I approve this rant.

For the people who have never heard of the overdrive shifter on the 4 speed hub, it is called the Lauterwasser modification, done by an English racer named Jack Lauterwasser who used it in the 1928 Olympics.
I am working out the shift parts on the bench while I wait on the four speed hub. I am using the internals out of in my rear drum brake hub.
I will try to detail the parts in a later post.
Last edited: Aug 15, 2022
My name is Rob, and I approve this rant.
Share:
Facebook Twitter Reddit Pinterest Tumblr WhatsApp Email Share Link